When a Vietnamese orphan girl becomes a housemaid at a haunted rubber plantation, she unexpectedly falls in love with the French landowner and awakens the vengeful ghost of his dead wife...

The opening shots establish the isolation of a beautifully decrepit plantation Chateau. The camera, which begins by flying over endless rows of rubber trees, zooms right into the moody lamp-lit Gothic tableau of its interior. At night, a young housemaid seems puzzled by a puddle of water in a hallway and the ghostly sounds of wheezes and whispers. A dark shadow flits across the screen and a door slams shut. From the other side of the door come terrifying sounds; banging and cries of anguish. Anyone who’s seen Robert Wise’s classic The Haunting (1963) may feel on familiar ground here, but only for a minute. The maid soon manages to open the mysteriously stuck door, but what she discovers is anything but ethereal. Copious blood spatters across the white drapes of a four-poster bed are all too visceral. Real blood. Real corpse. Real detectives then interview her…

Apparently, there have been similar murders in the area, and we now learn the events leading up to this one in the form of flashback as the maid, Linh (Kate Nhung) relates her story to the police. After wrong-footing us with the opener, debut writer-director Derek Nguyen quickly earns the right to exploit horror clichés with abandon. We now know he can put a fresh spin on them. He leaps straight back in with a well-used ‘pathetic fallacy’ as the young orphan girl arrives at the iron plantation gates amid torrential rain, hoping for employment as the new housemaid…

Her first meeting with the chief housekeeper Ba Han (Kim Xuân) is a masterclass in nuance and ambiguity. This scene is but a taster of things to come, as both turn in absorbing and complex performances, eliciting either empathy or enmity from the viewer. Having proved herself a very capable character actress in a couple of romantic comedies, Kim Xuân is fast-establishing herself as a favourite in the Vietnamese horror scene. She appeared in Vengeful Heart (2014), a contemporary Gothic ghost story involving the memories of a dead girl surviving through her transplanted heart, and has since appeared in the more subdued Co Can Nha Nam Nghe Nang Mua (2017) about two people bound together by a car accident and haunted by memories of a mysterious death.

Kate Nhung’s debut feature role was in Hollow (2014), another creepy Vietnamese horror that caught international attention. Her screen presence is compelling. It’s hard to take your eyes off her, and not just because of her beauty. I don’t know if it’s to do with how actors train in Vietnam (there’s not a lot of biographical info out there for any of the Vietnamese talent), but the whole cast turn in consummate performances that are believable and emotionally engaging. This even seems to rub off on the western actors, whose style is more familiar, but seems to benefit from a seemingly fresh approach.

A case in point would be Jean-Michel Richaud, who seems perfect in the male lead as Captain Sebastien Laurent. As he recovers from a war wound, the handsome plantation owner slowly but surely falls for Linh. As she inveigles herself deeper into the household, upsetting the established hierarchy, she begins to learn about his family secrets. It seems the Captain’s haunted by his first wife, who drowned herself in the lake after the death of their baby. Her body was never recovered. (Ah-ha, the puzzling puddles!) Her room is preserved, just as she left it, complete with a crib draped in black shrouds. How Goth could it get? Well, it seems she isn’t a lonely ghost and is soon joined by the spirits of countless past plantation workers; abused, beaten, starved, lynched, and finally used as fertiliser for the rubber trees. The film is, in no uncertain terms, highly critical of Vietnam’s Colonial past!

The film knowingly tips its hat to a few genre classics. There’s more than a touch of Alfred Hitchcock’s Rebecca (1940) thrown in here and there. Up-and-coming composer Jerome Leroy intersperses his emotive piano and strings score with breathy whispers that recall Dario Argento’s Suspiria (1977). The story’s set during the final year of the First Indochina war and deals with the close of Vietnam’s French Colonial period through the lens of horror fiction. In this way it’s also similar to Guillermo del Toro’s take on the Spanish Civil War in The Devil’s Backbone (2001), and likewise considers the generational legacy of conflict.

It’s not lightly that I make these comparisons with some of my genre favourites, but The Housemaid stands solidly alongside them, particularly when considering its comparatively modest budget. The horror genre in Vietnam seems to be on the rise, taking advantage of the recently relaxed rules on censorship. Their industry also appreciates that horror has wider international appeal. All a strong scary story needs is a small, capable cast and a clever director.

If The Housemaid is any indicator, then Derek Nguyen’s career will be one to keep an eye on. It’s pretty hard to find fault here. The dialogue doesn’t come across as stilted, yet it’s all weighted and nothing said is extraneous. Even the brief nudity provides a pivotal plot point and isn’t there merely as titillation. It wouldn’t have been allowed if that were the case. The Ministry of Culture, Sports and Tourism (who oversee censorship and certification in Vietnam), only last year allowed the inclusion of sex scenes, provided they aren’t gratuitous in nature.

On reflection, I may be forced to concede there might be a few plot incongruities that don’t gel… but, then again, these are all excused by a rather clever narrative device that works a magnificent cinematic sleight-of-hand and delivers a neat twist in the tale.

The reveal at the climax shouldn’t come as a surprise, as all the cards had been laid out in plain sight for us, but it does! Just another example of Nguyen’s deep understanding of Gothic horror tropes and how to subvert them without cheating. The ending is again reminiscent of another del Toro high Gothic ghost story, Crimson Peak (2015). It may not be a ‘happy ever after’, but all the same is a logical and satisfying conclusion.

The new Blu-ray release rom Eureka Video is a sumptuous high definition presentation and the DVD also boasts progressive encoding to make the most of the cinematography from Sam Chase. It’s visually arresting and captures the humid squalor of the decaying plantation, which effectively counterpoints the more unreal spookiness of the night scenes. It would’ve been nice to get bonus material, in addition to the expected trailer. A commentary from someone who could give more background on the superb Vietnamese cast, or put the production into context, would also have been great. How about a few short interviews with cast and crew? Even scene selection would have been a start. But still, kudos to Eureka for making this genre gem available.

The Housemaid has also earned that badge of international respect: a US remake is on the way. The original is so effective, and it is mainly in English language, so this begs the question, why bother? Perhaps some of the plot-points were just too subtle for American audiences? Or are Americans sensitive about this period of history being told from a Vietnamese point of view? The First Indochina War never really ended and rolled into the Second Indochina War, more widely known as the Vietnam War. Maybe the remake will shift the period forward to focus more on the American involvement, instead of the French. We’ll just have to wait and see… I for one will be withholding judgement, for now at least, as the project is currently in the hands of Geoffrey Fletcher. He won an Oscar for his screenplay for Precious (2009), making him the first African-American to take home a statuette for writing, directing, or producing. The Housemaid will be his sophomore feature as director and if it takes an American version to bring broader attention to the original, then that can only be a good thing. 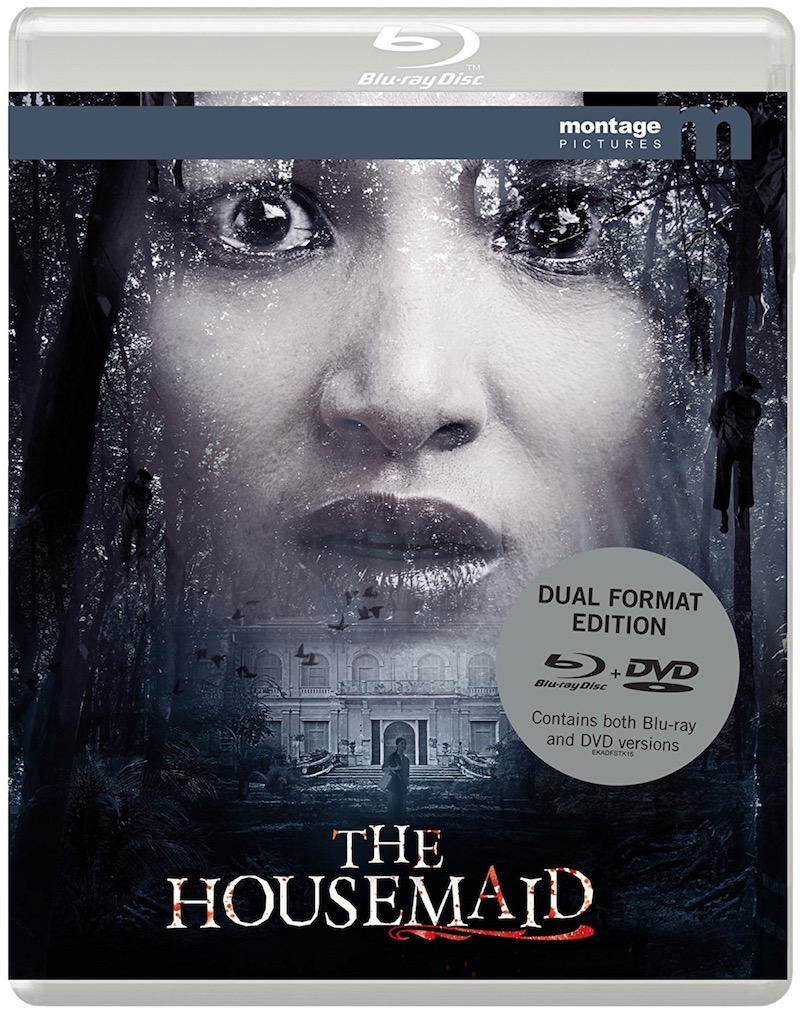