Those already familiar with Alice Lowe might think they know what to expect from her directorial debut, the oddly titled Prevenge. From her hilariously knowing role as the token woman in horror pastiche Garth Merenghi’s Darkplace, to her co-starring role in Ben Wheatley’s dark comedy Sightseers, Lowe has quietly become Britain’s go-to gal for gleefully dark horror-comedy. But even that knowledge won’t prepare you for Prevenge, as it’s unlike anything else you’re likely to see.

Lowe plays Ruth, a heavily pregnant woman convinced her unborn baby is compelling her to murder. As she compliantly embarks on a bloodthirsty rampage, we learn more about Ruth, the reasoning behind her kill list, and the story behind her baby’s absent father. And with frequent pit stops at a sweetly condescending doctor (Jo Hartley), we also discover more about Ruth’s mental state. Is she a serial killer with a very peculiar delusion? Or is she actually a tragic puppet, acting at the behest of a vengeful foetus? 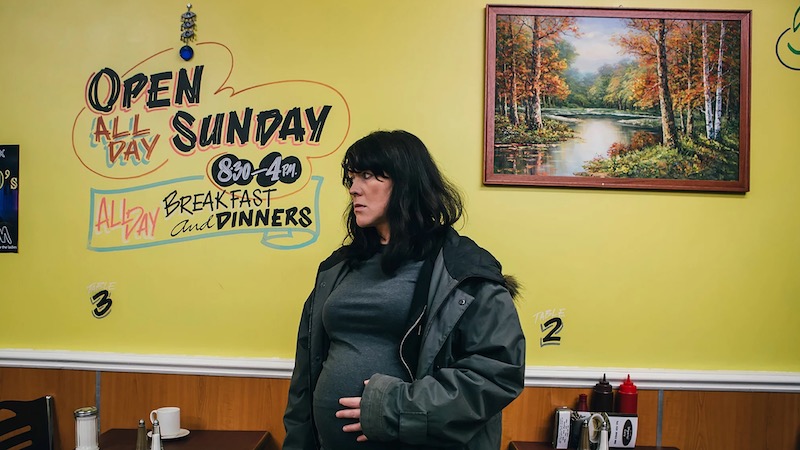 Prevenge is difficult to classify, and it certainly won’t to everyone’s tastes. Those expecting a comedy will be put off by the incredible violence, while those expecting a slasher flick might find themselves bemused by the off-beat hilarity of Lowe’s performance and the juxtaposition with topics such as motherhood and pregnancy. But for those able to reconcile the seemingly mismatched elements of this strange, captivating film, it’s a real gem.

In much the same way as The Babadook explored depression through a filter of supernatural horror, so Prevenge tackles pregnancy via the slasher genre. The film takes the often glorified perception of pregnancy as a beautiful miracle and turns it roundly on its head. Lowe’s pregnancy is treated more like a parasitic possession than a privilege; although, crucially, her love for baby never comes into question, no matter the rigours it puts her through. The notion that “baby knows best” is taken to an outrageous extreme, using its grisly premise to explore themes of antenatal depression, while dispelling and challenging almost every myth about pregnancy. 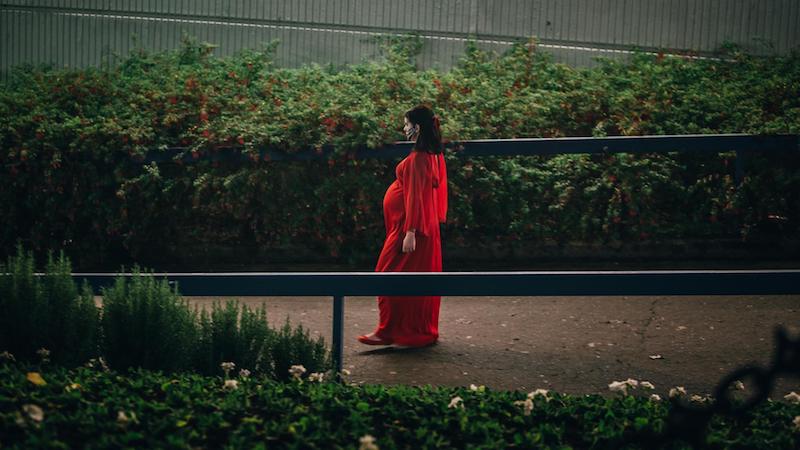 Alice Lowe is magnificent as Ruth, bringing the deadpan humour we’ve come to expect from her, but nestling it alongside a real fragility, even as she embarks on a shocking killing spree. And make no mistake, Prevenge pulls no punches when it comes to the titular (p)revenge: this is, at times, a hyper-violent and exceptionally gory experience.

The film takes an episodic approach, presented as a series of two-person mini-plays between Lowe and whomever her next target is. Each encounter reveals a little more about Ruth and her situation, with Lowe’s performance anchoring things beautifully. Every sequence feels tangibly different from the last, whether it be pitting Ruth against a boxing Gemma Whelan in her own home, or suffering the advances of a lecherous pub DJ (a brilliantly grubby Tom Davis), in what’s the film’s comic and violent high point. And even if many of the laughs dry up as the movie reaches its crescendo, that may not be accidental — as Prevenge’s tonal shifts seem deliberately calibrated to mirror the mood swings of pregnancy. For a debut, it’s impressive how Lowe manages to take you on the same ride as her protagonist.

A dark, grubby, and strange curio, Prevenge is also a unique prospect and something that could only have come from the mind of Alice Lowe (who was genuinely pregnant during filming, which must have helped inform the writing and performance). Prevenge is destined to become a cult classic, and marks Lowe out as someone equally distinctive behind the camera as she is in front.