I don’t really like James Corden. In fact, if you asked me to list the most irritating people in the world, he’d feature. I couldn’t have been happier when he made a career for himself in the US, because it meant I got to see him less on television here. There’s just always been something about him that makes me want to change the channel, and I’ve never understood why anyone found him funny. So when I found out he was attached to one of my favourite childhood characters, Peter Rabbit, I wasn’t exactly overjoyed, especially considering he was down for the lead role! Thankfully, it’s only a vocal role, which makes it easier to deal with.

Beyond Corden, the rest of the cast is actually very good, with live-action roles for Star Wars’ Domhnall Gleeson, the ever wonderful Rose Byrne, and everyone’s favourite Jurassic Park star (who isn’t Jeff Goldblum) Sam Neill. Corden’s voice is joined by Daisy Ridley, Margot Robbie, David Wenham, and Sia, to name just a few, with all your favourite Beatrix Potter characters making an appearance. If you enjoyed Paddington, it’s fair to say Peter Rabbit aims to capture that same feeling of a lighthearted romp appealing to both children and adults. Does it live up to that high standard? Not quite, but Peter Rabbit is an enjoyable and humorous experience that’s better than it has any right to be, and James Corden isn’t bad. Shocking. 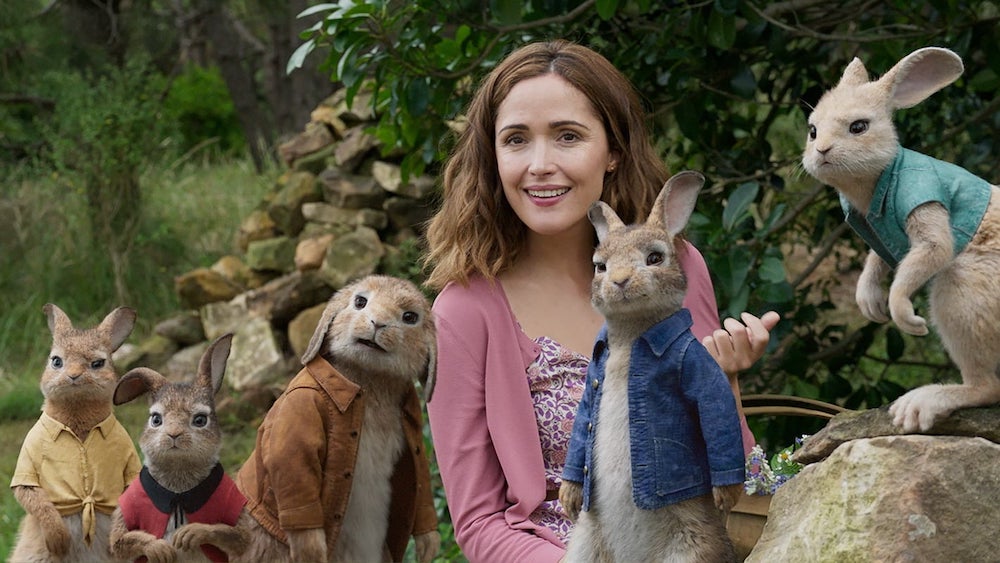 Whether you’ve got a strong attachment to the source material, or not, director Will Gluck manage to bring Peter Rabbit slap-bang into the modern age at a frolicking high pace that barely lets up. So don’t go expecting a sweet gentle rabbit tale. The heart of the story remains the same, with the dangers of Mr. McGregor’s garden at the forefront of Peter’s turmoil—first with Joe (Neill) and then his grandnephew Thomas (Gleeson). With the manor and gardens inherited after his grand-uncle’s death, Thomas’s life takes a much different turn to what he was expecting. Once an ambitious worker in Harrods, he’s faced with disappointment as he’s overlooked for a promotion again, and falls back on the manor after getting fired. 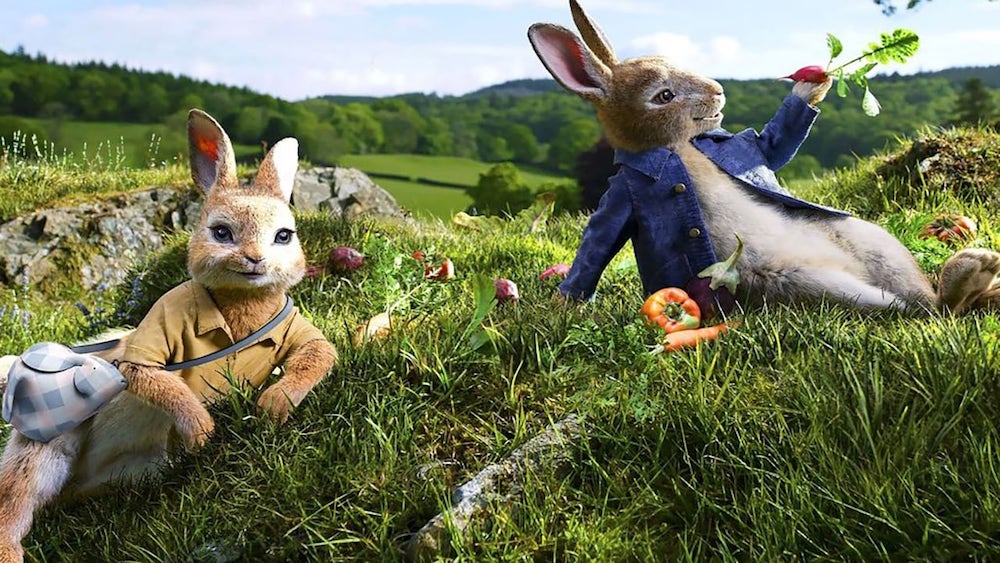 Gleeson is perfectly cast as Thomas, a man extremely unhinged but trying to keep it together. His plan is fairly simple: get the manor in a good condition and sell it to fund his own career ambitions. On paper it’s simple but it doesn’t account for the fact there are pesky rabbits and other animals on the scene. As much as Thomas is against these creatires, local painter Bea (Byrne) is all for protecting them and all local wildlife. They’re very much in opposition as to how to deal with them, so much so that Thomas decides to increase the security around the manor to keep them out, something that Bea’s very much against. Truth be told these animals bring the absolute worst out of Thomas, but he tries to hide it from Bea to pursue a relationship with her. 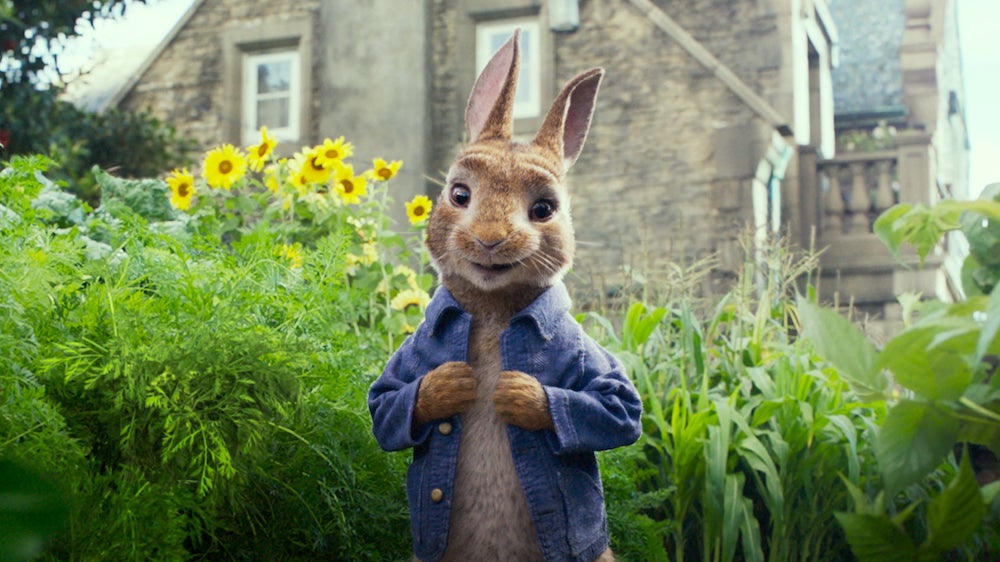 As one can imagine, the constant quarrels between McGregor and Peter (Corden), Cottontail (Ridley), Flopsy (Robbie), and the gang, really cause Thomas and Bea’s relationship to fall apart. The film has a warm heart and good message, and does have its emotional and sombre moments in amongst all the hijinks and fights. The script by Gluck and Rob Lieber balances the comedy and drama well, with the emphasis mostly on fun rather than taking things too seriously, and their pacing is spot-on. It leans more towards pleasing the kids than adults, honestly, which isn’t necessarily a criticism, but many other family films do offer a wider appeal.

Overall, Peter Rabbit is a success but one can’t help feeling it could’ve been better. Perhaps with the announced sequel they can take more risks, but this first film offers a solid foundation to build on. Gleeson is a particular highlight, showing a great range that demonstrates he’s one to watch. To know that Beatrix Potter’s beloved tales are being introduced to a new generation is something special, and everyone involved should be proud of their efforts. It doesn’t ruin the legacy, but instead puts a different spin on the classic tales. This one should have the kids smiling and hopping around all day long.