Paddington picks up a series of odd jobs to buy the perfect present for his Aunt Lucy's 100th birthday, only for the gift to be stolen...

Bursting with charm and marmalade sandwiches, Paddington 2 is the rare sequel that’s easily as good, if not better, than the original. This delightful adventure is sure to be a hit with all the family, guaranteed to put a smile on everyone’s face. Paul King’s adaptation of Paddington (2014) was a big success thanks to its inclusive message, fun characters, and clever physical comedy, and Paddington 2 offers more of the same.

King knows he doesn’t need to reinvent the wheel, so just brings back the terrific cast for a fitting continuation of the much-loved childhood story about a small bear from “darkest Peru” who moves to London. Paddington (Ben Whishaw) is now happily settled with the Brown family and looking ahead to his Aunt Lucy’s milestone 100th birthday. He knows she’d always wanted to come and visit London, so he sets his sights on buying her an antique pop-up book showcasing the city’s famous landmarks. 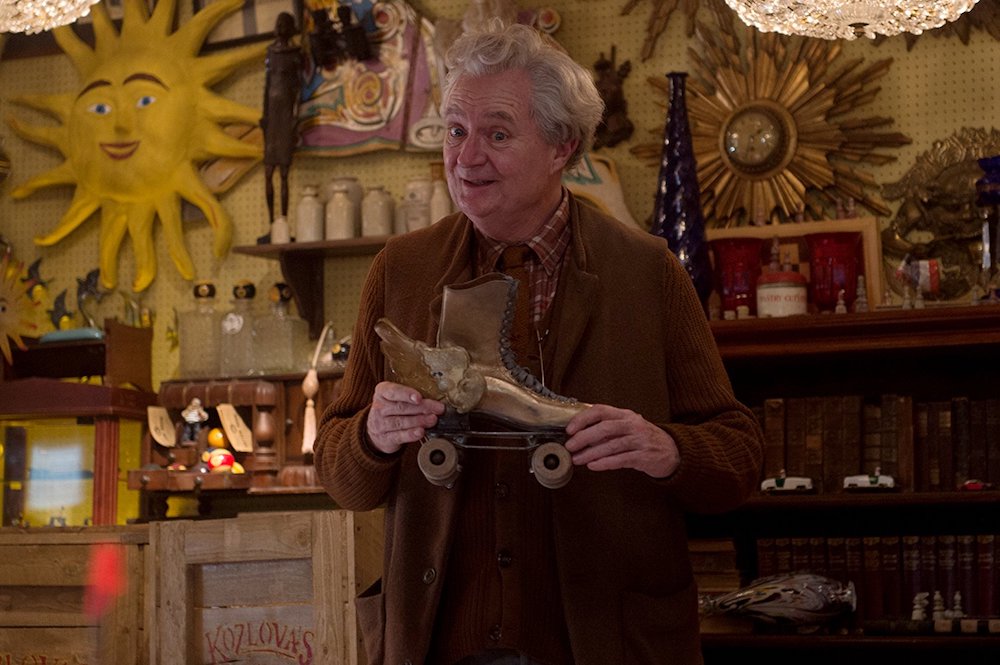 The book, however, is mysteriously stolen just as Paddington manages to earn enough money to buy it from the antiques shop run by Mr. Gruber (Jim Broadbent). And, while the little bear tries to stop the thief, he ends looking guilty simply by running from the scene of the crime. It’s now up to the Brown family to clear Paddington and find the real culprit.

Paddington 2 is a warm-hearted and sincere family film that prioritises a message of kindness above all else, and echoes the pro-immigration and multicultural stance of the original. It doesn’t feel too political but it’s easy to see it’s a story about accepting and welcoming those who are different to you. So much of what’s on display here feels like a love letter to all the best aspects of London life, too. It really celebrates the spirit of this world-famous city and it’s great to see so much location shooting at iconic places like Tower Bridge and St. Paul’s Cathedral. 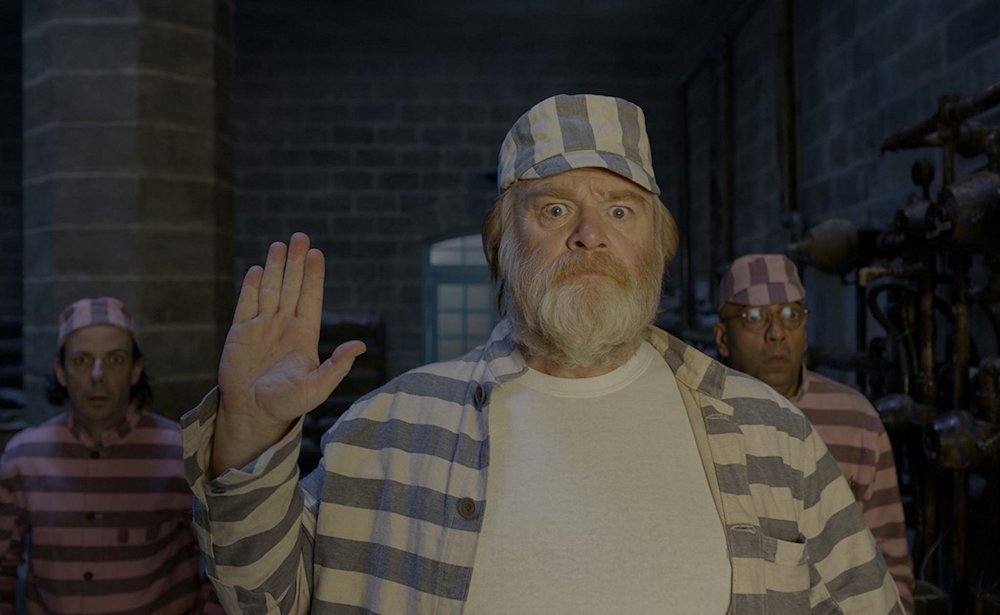 Whishaw remains wonderful as Paddington, bringing the requisite politeness and admirable hopefulness that make the character so easy to root for. The central ethos of the film is about how much better the world can be when looking for goodness in everyone we meet. Paddington embodies this optimistic outlook, and it’s something most evident in the portion of the film set behind bars, where we also get to meet tough guy prison chef Knuckles McGinty (a brilliant Brendan Gleeson).

The best new addition to the cast is Hugh Grant, who puts in an instantly memorable and ridiculous performance as moustache-twirling villain Phoenix Buchanan. He’s a once-famous actor who struggles to work with others, and is now desperate to be the star of a one-man show. Like Gleeson, Grant appears to be having a huge amount of his fun with his character, making this turn arguably his most enjoyable work for years. 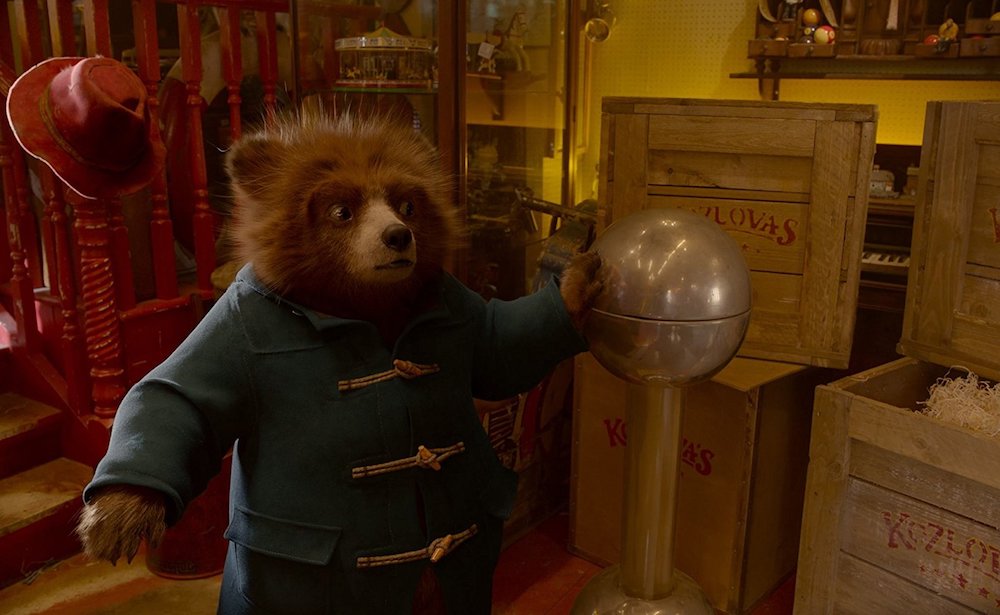 The film retains the inspired comedic energy of its predecessor. King clearly knows a thing or two about delightful visual humour, and there’s evidence of this everywhere. He also continues to be inspired by the films of Wes Anderson, as the prison sequences in Paddington 2 feel very much like those in The Grand Budapest Hotel. There’s also a seamless blend of inspired visual gags, slapstick physical comedy, and highly amusing wordplay in a very entertaining screenplay by King and longtime collaborator Simon Farnaby.

While being a great family-friendly comedy, Paddington 2 doesn’t miss opportunities to throw a few jokes for older members of the audience, while also touching on more grownup themes involving prison reform, the rehabilitation of criminals, how difficult it can be to feel like you belong, and the importance of trust. It’s clearly a film with more on its mind than just being a charming ‘whodunnit’ with a CGI bear. 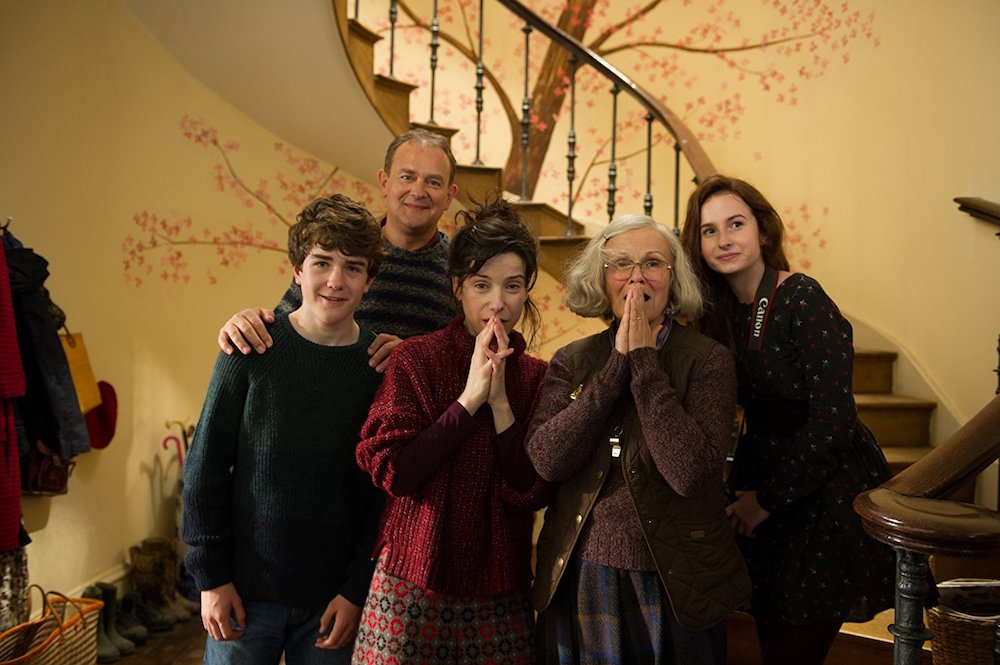 The story builds to a fantastic and emotional conclusion, with the actors playing the Brown family vital to making everything work so smoothly. Sally Hawkins and Hugh Bonneville continue to make this material resonate with almost effortless style. The action-packed climax also proves how deft the screenwriting has been, with callbacks and payoffs that bring everything to a very satisfying conclusion.

Paddington 2 is a sequel author Michael Bond, the creator of Paddington Bear, would surely be proud of. Bond sadly passed away while this sequel was still in production, but it again shows the best of his enduring character and never once dilutes Paddington’s timeless appeal in favour of modern trends. Even with all the marmalade sandwiches, this never feels saccharine and is exceptionally well-balanced tonally. It boasts great action scenes, inventive humour, incredible animation from Framestore, and wonderful characters. It’s so rare to see a sequel that matches the charm and appeal of the original, but this is so effortlessly delightful it may even surpass the first adventure.