There are times when describing stylish period gangster drama Peaky Blinders sounds less like talking about a television drama and more like recounting the fading memories of a vivid fever dream. This is the sort of series in which the plotting  embraces an ‘everything and then the kitchen sink’ approach, as writer Steven Knight takes a bunch of seemingly disparate elements, gives them a good stir, and then sits back to let the mayhem unfold.

It’s an interesting approach, but one that can prove chaotic—as was very much the case throughout this year’s entertaining but rocky third series, in which Knight’s outlaw Brummie anti-heroes, the Shelby family, were forced to deal with a whole host of villains: from Paddy Considine’s troublesome priest, to a group of exiled White Russians, and a shadowy yet powerful organisation dedicated to attacking the nascent Labour government.

If that sounds over-complicated it’s because it was. One of the great joys of Peaky Blinders is watching Cillian Murphy’s watchful Tommy scheme his way through the minefields laid down by his various enemies but there were times here when even he wasn’t sure what was going on. And if Tommy Shelby doesn’t have some grand master plan, what hope is there for the rest of us? 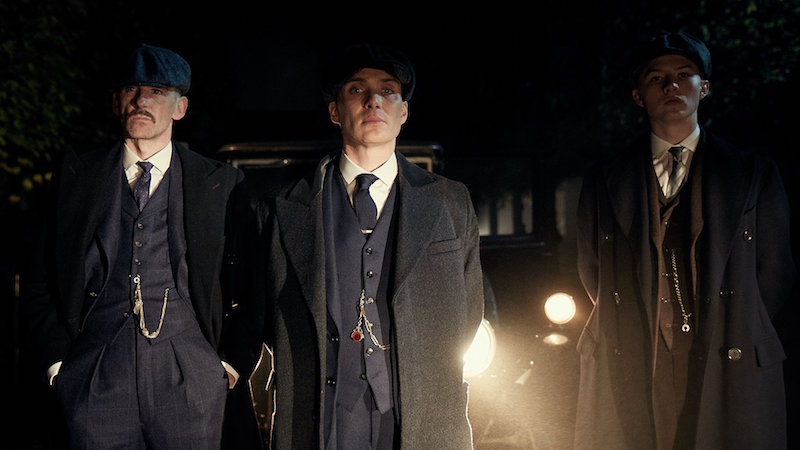 Certainly there were moments when the whole thing appeared too elaborate for its own good, as double cross followed double cross, and betrayal landed on top of betrayal. Who was the spy in the Shelby family’s midst, selling out their secrets and ensuring that the previously unflappable Tommy was never even one step ahead of the game? Was it Ruben (suave Alexander Siddig), the society painter with a crush on Helen McCrory’s Polly? Or Michael (Finn Cole), Polly’s quietly psychopathic son and a young man very much on the make? What about the ever-loyal Arthur (Paul Anderson), his head turned by the love of good Quaker woman? Or could it be Mary, the apparently loyal housekeeper employed by Tommy to keep his newly acquired big house in the country in order?

That, in the end, the answer turned out to be none of the above only highlighted both this show’s greatest strength and its biggest weakness. On one hand Knight’s plot twists are audacious and unusual—he takes narrative risks other writers would blanch about—but on the other it can also appear as though a lot of energy is being expended in pursuit of nothing much.

Thus, in addition to Tommy battling his many enemies, there was a subplot about possible gang warfare with a local Italian gang, storylines concerning rebel sister Ada’s return to the family fold, sister-in-law Esme’s growing dissatisfaction, and Polly’s burgeoning relationship with Ruben, plus an overarching theme about family versus fortune that was also a cautionary tale about what happens when you get everything you dreamt of too quickly and too soon and it doesn’t fill the empty hole the aftermath of war has left inside of you anyway. 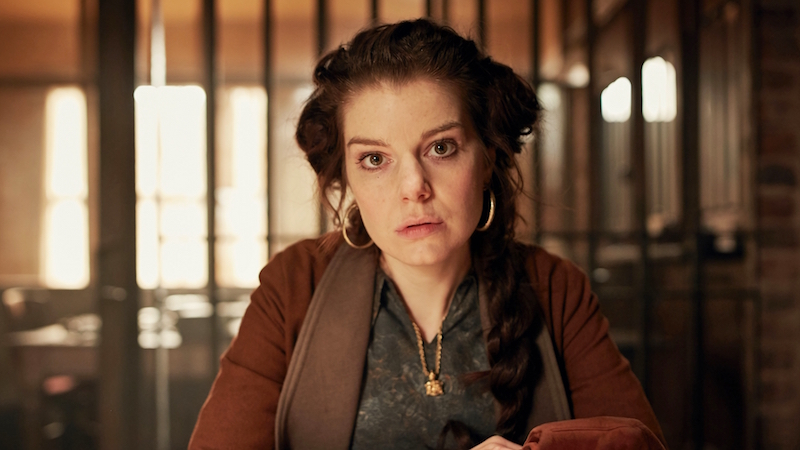 It was a heady brew, but also an over-complicated one. With only six hours to tell the story, it was hard to escape the idea that Knight could’ve successfully jettisoned a few of those side plots or held them over for another year. Hard too to escape the feeling that, like Tommy Shelby, Knight had jumped a little too far too fast, the cult success of his series (it;s been embraced by celebrities from Brad Pitt and Snoop Dogg to the late David Bowie) perhaps leading to some questionable narrative choices.

Never was this more obvious than with the vexed question of Grace. When we left Tommy after his bleak moment of reckoning at the end of the fantastic second series, he was on his way back to Birmingham to propose to an unnamed woman (either former spy Grace or aristocratic horse trainer May). Series 3 kicked off two years later with the subsequent wedding it was immediately obvious that there were several issues to address. The main one being that while Grace made sense as the woman Tommy ultimately chose (May was always slightly too far out of his league as a long term proposition) we’d also missed two years of their relationship, something that might not have mattered so much had Grace not promptly been shot and killed at the end of episode two, to the horror of many fans. While I admire Knight’s refusal to simply tell a pretty love story, it was still a shame to see this often innovative drama fall back on the stale trope of killing off the female love interest to give the brooding anti-hero something to really brood about. 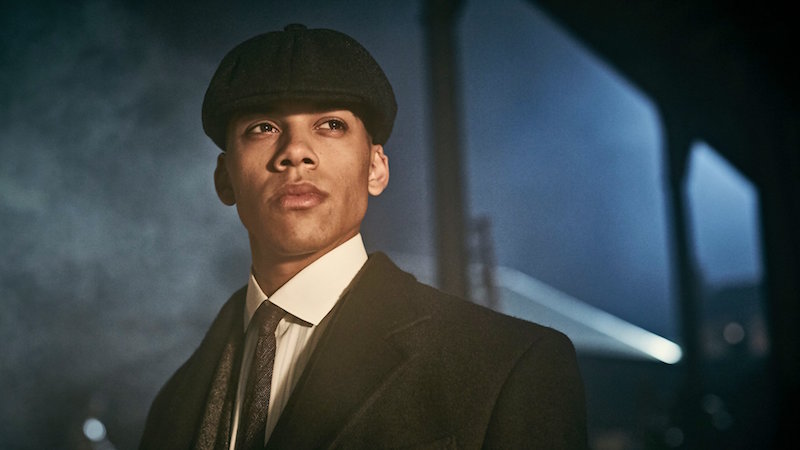 As it stood Grace’s end felt like something of a betrayal of a character initially introduced as a devious and independent-minded secret agent, before being slowly neutralised into a housewife, mother and then platitudinous lady of the manor. Furious fans rightly claimed that the Grace of series 1 would never have spent her time worrying about a guest list for a swanky party and, even though I was never very fond of either her character (which often involved Knight’s weakest writing) or Annabelle Wallis’s acting, it’s hard not to agree.

Similarly, while certain plotlines—such as Tommy’s struggle with his own nature, and whether to embrace his demons or overcome them—were cleverly done, others were more haphazardly thought through. Most notably the entire Russian segment reached a nadir during an endlessly drawn out orgy scene, the main point of which seemed to be ‘they’re mad those Russians, absolutely mad.
‘
And yet despite these flaws I cannot help but love this show. When Peaky Blinders is on form it has a swagger that other dramas would die for, a confidence in its world and its storytelling that sweeps the audience along for a wildly enjoyable ride. Knight has often said that he sees the story he’s telling as highly mythologized and it’s true that there’s a Stagger Lee type quality to his tale.

It’s the age-old ‘gangster as outlaw’ story but told with such verve and vigour that it almost manages to convince you you’re watching something new and fresh. Indeed, Knight’s enthusiasm for his story is so persuasive that he even gets away with hamming up the Godfather references—this series was littered with them; from Tommy’s big desk of important pronouncements to the fears that someone would betray the organisation Fredo Corleone-style. 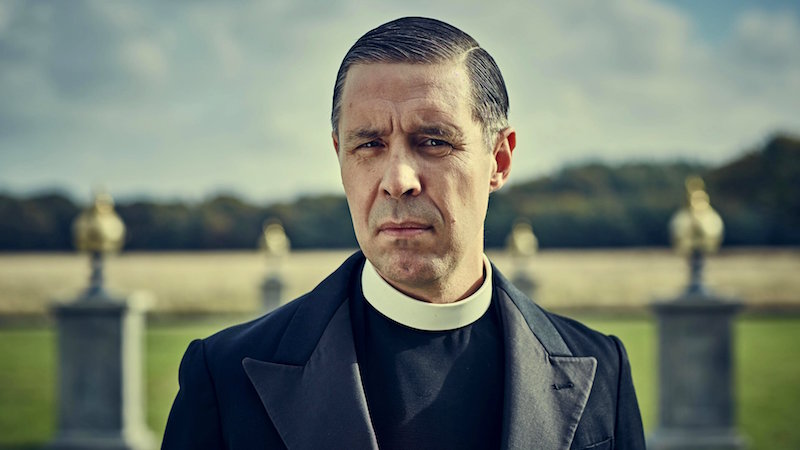 It works, too, because this is the best cast in town. As Tommy, Murphy uses stillness as a weapon, allowing you to see the constant calculation behind those cold, watchful eyes. He’s balanced by McCrory, the fire to his ice, all emotion and desire, hurt and desperate need and Paul Anderson’s broken Arthur, sick of being used as a blunt weapon by his younger brother but unable to simply give up and walk away. Meanwhile, as the show’s newest villain, Considine brought a terrifying malevolence to his role, ensuring that you believed Father Hughes truly was capable of anything while Tom Hardy’s Alfie Solomons might constantly verge on a musical hall turn but Hardy’s such fun with his elaborate dialogue that it’s a pleasure to watch him chew  scenery before spitting each line on the ground.

And, ultimately, what propels the whole thing along is the depth of characterisation. The Shelby’s might exist in a highly stylised and lushly baroque world but for all the cleverly utilised modern soundtrack (the use of David Bowie’s Lazarus at the beginning of the fourth episode was particularly breathtaking) and lavishly shot slo-mo scenes what really draws us in is the interplay between the various family members. ‘The family united will never fall,” insisted Polly early on: the best moments of a patchy but occasionally brilliant series concentrated on that pronouncement and then tore it bleakly and brutally apart.