This was a mid-season transitionary episode, where there were no huge moments, just plenty of finessing as the story takes stock, adjusts, then moves in a new direction. The biggest outcome of “Expenses” was getting a further sense of why Jimmy McGill (Bob Odenkirk) will ditch his family name, becoming ‘Saul Goodman’, to bend the rules of the legal profession to suit his own agenda. He already has the larger-than-life persona of Saul in his back pocket, which he trots out in cheap TV commercials, but this episode gave us more reasoning for why underhandedness becomes his go-to setting.

In the last scene, Jimmy went to see an insurance agent to blag a refund on his expensive malpractice insurance policy, only to be refused point-black, before being informed his premium’s actually going to rise by 150% because of his twelve-month suspension. He breaks down over this hard truth, but we come to realise they’re crocodile tears, as he lets slip to the agent that his brother Chuck’s mentally ill.

Jimmy’s smirking as he leaves the agent’s office, having cleverly damaged his brother’s own insurance premium, and there was really no need for that. It just made him feel better about the terrible few days he’s been having since the court ruling (forced to make replacement commercials for other clients, who often can’t even afford his knockdown prices). It’s a strong sign the McGill’s estrangement is going to last, but will Jimmy’s attitude gradually alienate his one true friend, Kim (Rhea Seehorn)? 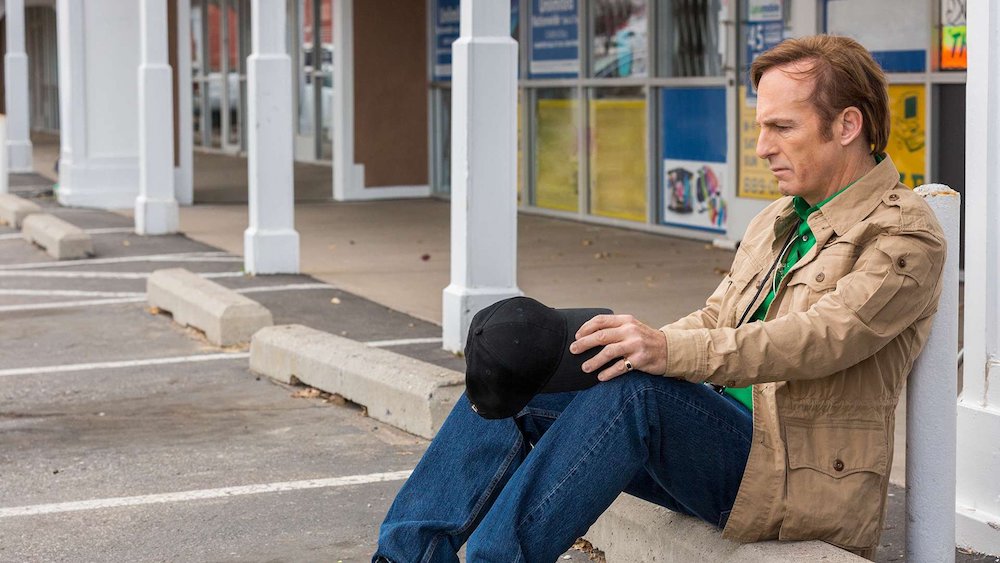 Kim’s feelings about what happened to Chuck in court weren’t clear until now, but “Expenses” makes it obvious she feels very guilty over her participation in an ambush on a man who’s mentally ill. She couldn’t even keep up the pretence of appearing happy to have won the case in front of her Mesa Verde client (who thought it was a great win), and later looked shocked when Jimmy started to “fantasise” about ways to scam someone who was bugging him nearby.

The harder edge of Jimmy was there to see; someone more spiteful than she likes to admit he can be. Kim’s always been the person who sees Jimmy for the gifted lawyer he could be, unlike Chuck, but it seems she’s starting to see the bad qualities Jimmy has that only Chuck’s seen until now. Of course, Jimmy’s a three-dimensional character, so he isn’t exclusively one thing or the other, but it’s a sign that Kim’s starting to wonder if Jimmy can play up his “nice guy” act (even around her) and is naturally a schemer who’ll do anything to win. Arguably great qualities for a lawyer who’ll one day represent local scumbags and crooks, but not so great as a legit businessman and friend. 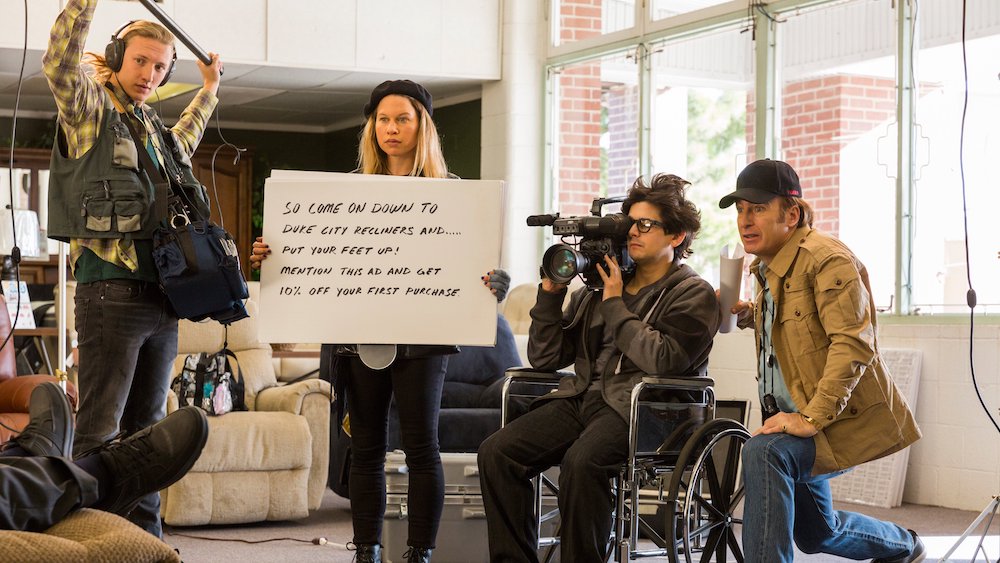 It was also nice to see a bit more of Mike’s (Jonathan Banks) everyday life, as he appears to be well-regarded in the community thanks to singlehandedly building his granddaughter’s school playground.

It’s amusing that so many people love Mike, unaware that when night falls he’s sometimes tailing criminals down freeways, or it seconds away from assassinating drug lords with a scoped rifle. He hides in plain sight, just like Gus Fring, which is probably one reason they’ll eventually work together. I don’t know of Mike meeting widowed Anita (Tamara Tunie) is the beginning of something more seriously for the show, but it would be good to see a romantic facet to Mike.

We know his relationship with his family, through Better Call Saul and Breaking Bad, but we’ve never really explored his love life. If this is where the relationship could head. After hearing Anita’s story about how her husband disappeared on a hiking trip, with no explanation, it made Mike reconsider a decision he’s made earlier, but I hope there was more behind the introduction of Anita this week. 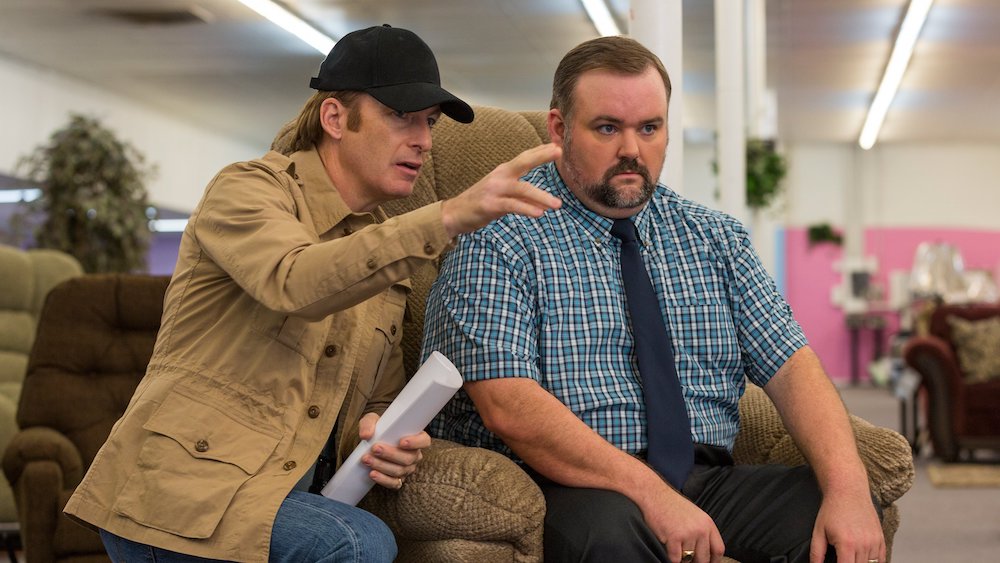 The decision Mike reversed involved Daniel “Pryce” Wormald (Mark Proksch), the nerdy pharmaceutical seller who got in over his head with the Salamanca’s last season. Here, Nacho (Michael Mando) is still intent on killing his boss Hector Salamanca by switching his medication to poison him, but needs Pryce to source an identical capsule for $20,000. It’s a relatively easy request for Pryce, but after his experience with the criminal underworld last time, he quite understandably went to Mike for support and protection to get the deed done. Mike deferred, but the idea of an innocent guy like Pryce “vanishing” (like Anita’s spouse) would play on his mind, so he eventually agreed to meet with Nacho and offer him a few tips about how to switch the pills. Switch them back before suspicion falls on the pills.

So now Mike’s aware of a plot to kill Hector, which he’s all for in principle, but also knows that Gus wants Hector to suffer rather than die. He could stand back and let fate take its course, but I have a feeling he’s either going to get more involved in some capacity. Maybe Nacho’s plan will go wrong and Mike will be dragged into helping him evade Hector’s revenge, perhaps leading them both to Gus for protection? It’ll certainly be interesting, and the remaining few episodes have a lot to cram in.

Overall, as a piece of a bigger story, “Expenses” was another good episode that did its job well, to move us into the final third of this season’s events. It ranked pretty low as a standalone piece, as there were quite a few scenes that didn’t really need to be indulged for as long as they were, but that’s always been Better Call Saul’s style. My curiosity is piqued about how the cards will settle with Jimmy and Chuck, and how Mike’s going to get mixed up with Nacho and Hector.