Every Quentin Tarantino movie has the same punchline and each time it’s become less amusing. In the decades between Pulp Fiction (1994) and The Hateful Eight (2015), the stylistic ticks and formal playfulness that once felt so bracingly original became tired and, worse, regressive and mean-spirited. His newest film, Once Upon a Time… in Hollywood, is two steps forward but one step back in the grander scope of his career. For the first time since Jackie Brown (1997), Tarantino shows flashes of sincerity and at least partly steers away from the exhausting revenge movie clichés for which he’s become known. This is Tarantino’s best film since Kill Bill: Vol. 1 (2003)—that much is difficult to argue. Still, one can’t help but leave the cinema with a bad taste in their mouth, thanks to its disturbing moral code and the covert (and overt) misogyny being pushed as the narrative moves towards an out-of-place climax.

On paper, the plot is uncharacteristically downbeat for a Tarantino movie. Rick Dalton (Leonardo DiCaprio) is the former star of a 1950s TV Western, à la Gunsmoke, now struggling to find work in 1969 Hollywood. Dalton’s work has become confined to guest roles as villains on newer Westerns and he’s beginning to worry that he’ll soon have to resort to Spaghetti Westerns in order to claw back some respect. His closest friend and biggest supporter is his stunt double Cliff Booth (Brad Pitt, doing his best work in nearly a decade), an equally washed-up man whose violent past is keeping him from steady work. The first two-thirds of the film takes place over a handful of days, as Dalton tries to navigate a new guest villain role and prove he’s not a has-been, all while Booth finds himself gradually mixed up in the affairs of the notorious Manson Family. 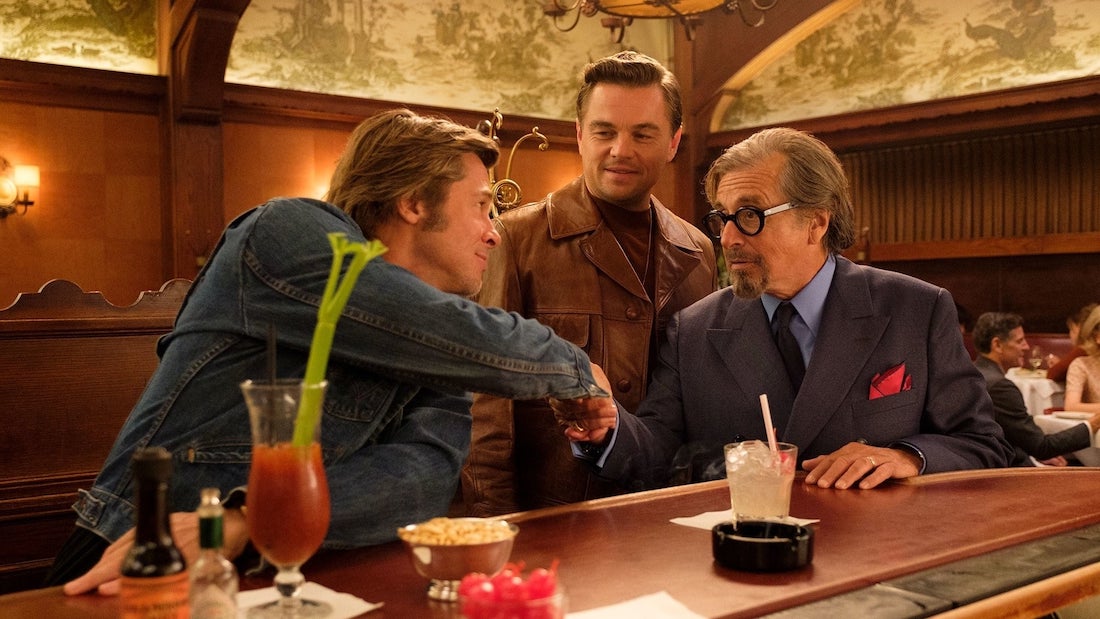 Nobody who’s seen Inglourious Basterds (2009) or Django Unchained (2012) will be particularly shocked that Tarantino’s playing revisionist history again—-inserting his characters into Hollywood lore in this instance—but don’t get the wrong impression. As far as his oeuvre goes, the overall effect is one of welcome and surprising restraint. Sure, there’s jarring narration in a few scenes, uncomfortable jokes that overstay their welcome, and a cutaway-heavy editing style that sometimes makes you feel like you’re watching a three-hour episode of Family Guy. But, for the most part, here’s a movie about real people with real problems, rather than archetypes and vengeance narratives. Rick and Cliff are only remarkable in how unremarkable they are; Rick drinks too much and forgets his lines, Cliff lives in a trailer in Van Nuys with his pitbull… and, up until Cliff drives a hitchhiking Manson Family member to Spahn Ranch, not a whole lot happens to them. Making an affectionate film about ageing movie stars is hardly revolutionary, but it’s certainly refreshing coming from a man who’s essentially been remaking the same B Movie since 2003.

Not everybody is given the same star treatment as DiCaprio and Pitt, however. In fact, nobody else is! Third billing goes to Margot Robbie (I, Tonya) as Sharon Tate, who’s pretty much missing in action the whole movie. She’s onscreen for maybe 30-minutes of the 161-minute runtime and gets fewer than 15 lines, spending most of her time—and this is not a joke—silently watching one of her own movies in theatres. 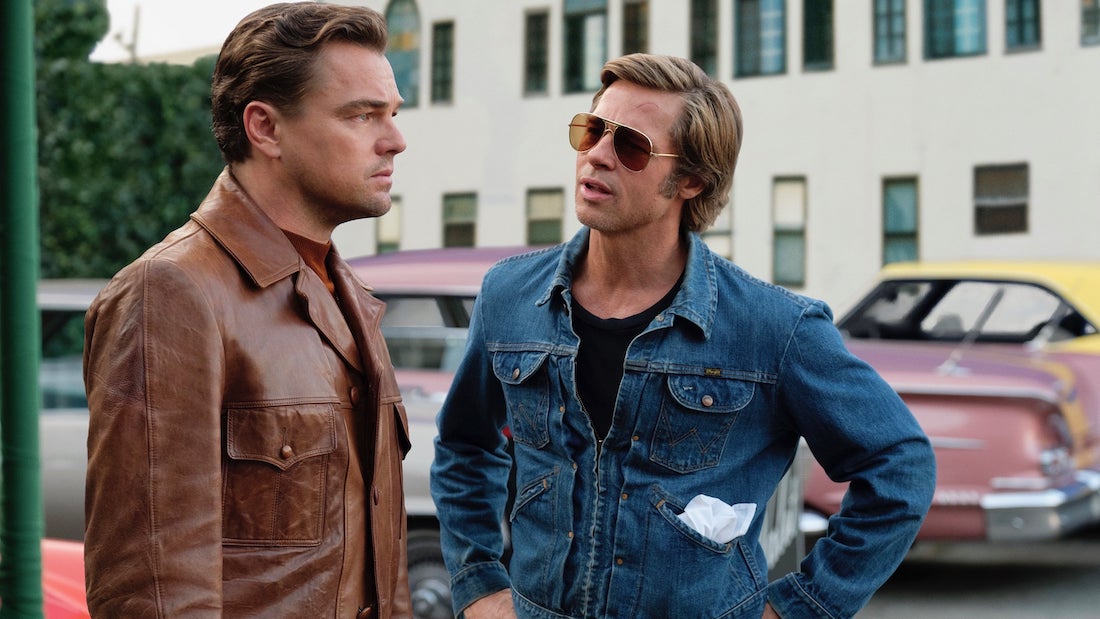 For the sake of comparison, Bruce Dern has more dialogue in his cameo as George Spahn (owner of the Manson-occupied Spahn Ranch) than Robbie does in the entire film. It’s only natural to include Sharon Tate in a movie about the Manson Family, but her scenes have little connection to the rest of the film and could’ve been cut with no meaningful impact. I’m not the first person to pick up on this—one film critic asked Tarantino a question about her absence from the film during an advance screening, only to receive a defensive riposte of “I reject your hypothesis.” Tarantino supposedly spliced in two additional minutes to Robbie’s screentime in the final cut after that Q&A session, but it certainly doesn’t register upon viewing.

Still, Tate’s afforded relative respect compared to the other women in the film. Every other female character is treated as either a foot-model or a punching bag, with few exceptions but definite overlap. In the past, Tarantino’s not-so-secret foot fetish has been a sort of inside joke among his fans and detractors; the foot massage talk in Pulp Fiction, the numerous shots of Uma Thurman’s bare feet in the Kill Bill duology (“wiggle your big toe”), and brief moments in just about every other one of his movies. It all added up to a funny and mostly harmless pattern in his filmography. 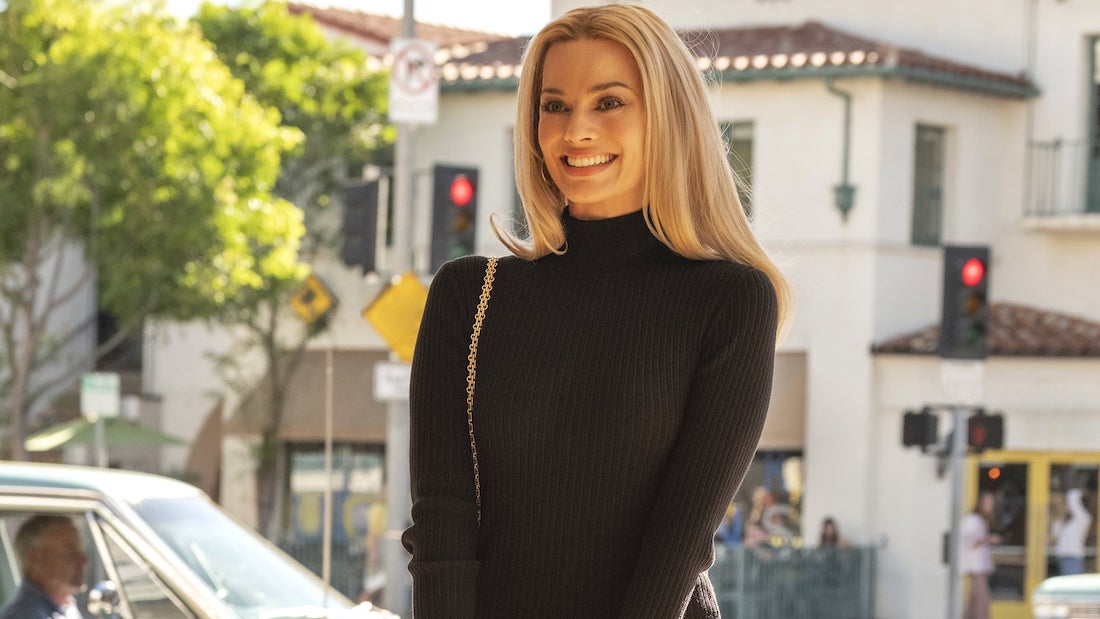 In the case of this film, however, it warrants a little more critical attention. There are two kinds of female characters in the movie. The first kind is those who are made to be the butt of jokes for being shrill or crazy. Rebecca Gayheart is the most disturbing instance of this, playing Cliff’s ex-wife in a cutaway that lasts a solid 30-seconds but which leaves a dark cloud over the rest of the film. The second kind is those who could’ve been played by a sexy, barefooted mannequin without much effect on the rest of the film. Margaret Qualley (an extraordinarily talented actress known for HBO’s The Leftovers) is exiled to this role and not given much to do besides be leered at. Every scene with her features just as many shots of her bare feet and short-shorts as they do of her face, and the cumulative effect of reducing her to a handful of body parts feels slimy, especially coming from a director now pushing 60.

This contributes to what is, more broadly, the biggest issue with the movie and the reason I had such difficulty reconciling my feelings after watching it. It feels like there are two movies at war in Once Upon a Time… in Hollywood. The first is one of the best movies of Quentin Tarantino’s nearly three-decade career, a tender and deeply earnest story that is, on a smaller scale, simply about two friends trying to stay relevant in a changing film industry… and, on a larger scale, a love letter to the Golden Age of Hollywood during its last gasp. As Tarantino shows us lurid scenes and period-accurate posters from Dalton’s fictional oeuvre, it’s hard not to be charmed by the unabashed enthusiasm and attention to detail in what’s clearly the biggest passion project of all from a director who seems to only make passion projects. There’s a maturity to this half of the story that has been absent from Tarantino’s filmography for the last decade, a sign that the Reservoir Dogs (1992) director was channelling some of the energy that earned him so much acclaim early in his career. 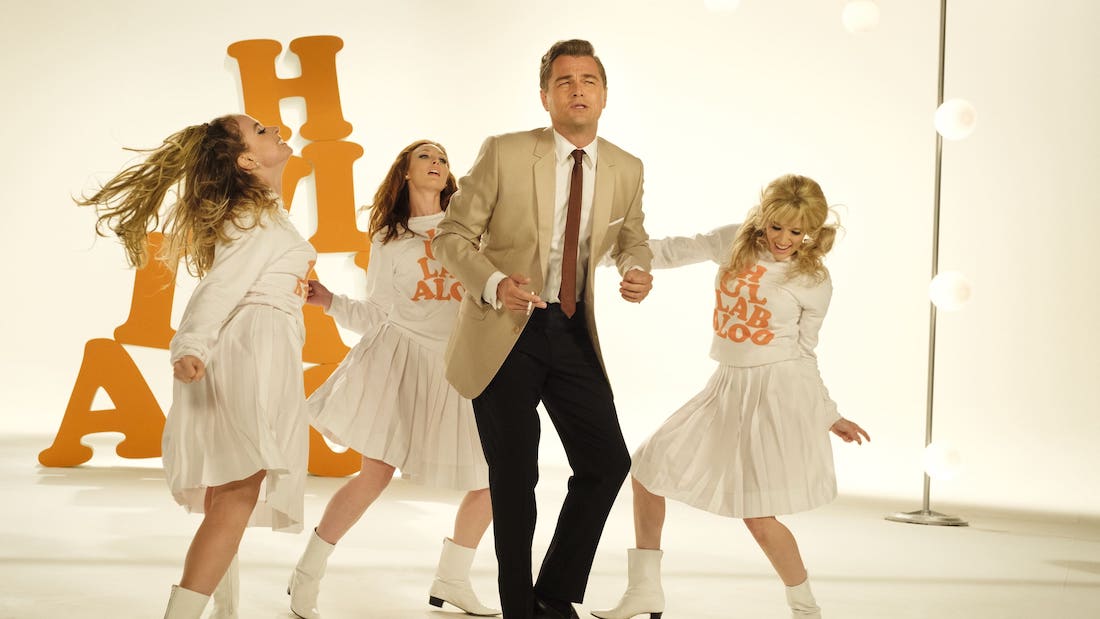 The second film-within-a-film, which continually interrupts the first one, is Tarantino at his loudest, least subtle, and most mean-spirited. The violence against women, the black-and-white morality, and the tendency towards obnoxious stylistic excess in what’s otherwise a very simple story… well, in its best moments, all this just feels a little grating. In its worst, though, it feels like conservative wish-fulfilment in the way it seems to yearn for a bygone era when the authority of white male celebrity went unquestioned.

The charmlessness of this half of the movie never completely cancels out the warmth of the other half, but it’s not for lack of trying. The climactic scene of the movie is so shockingly out-of-place and regressive in terms of Tarantino’s evolution as a director that it threatens to sabotage the entire movie. It gave me the same feeling I got when I heard people cheering on the home invasion scene in a midnight screening of A Clockwork Orange (1971); finding a sexiness in cruelty that should be repulsive in any context.

It does make sense that the Manson Family subplot is in the film given that the Tate-LaBianca murders marked the end of an era for Hollywood. Sometimes it does work incredibly well, as in the scene in which Cliff pays a visit to the now-infamous Spahn Ranch—easily the most overtly scary scene in any Tarantino film and one of this film’s most spectacular sequences. Ultimately, however, if the film pushed the Manson elements into the background and foregrounded Rick and Cliff’s redemption narrative this might have given Pulp Fiction a run for its money. As it stands, alas, this is the newest variation on Stranger Things for baby boomers: a sincere exercise in cinephile nostalgia that never fails to entertain but rarely aims higher. 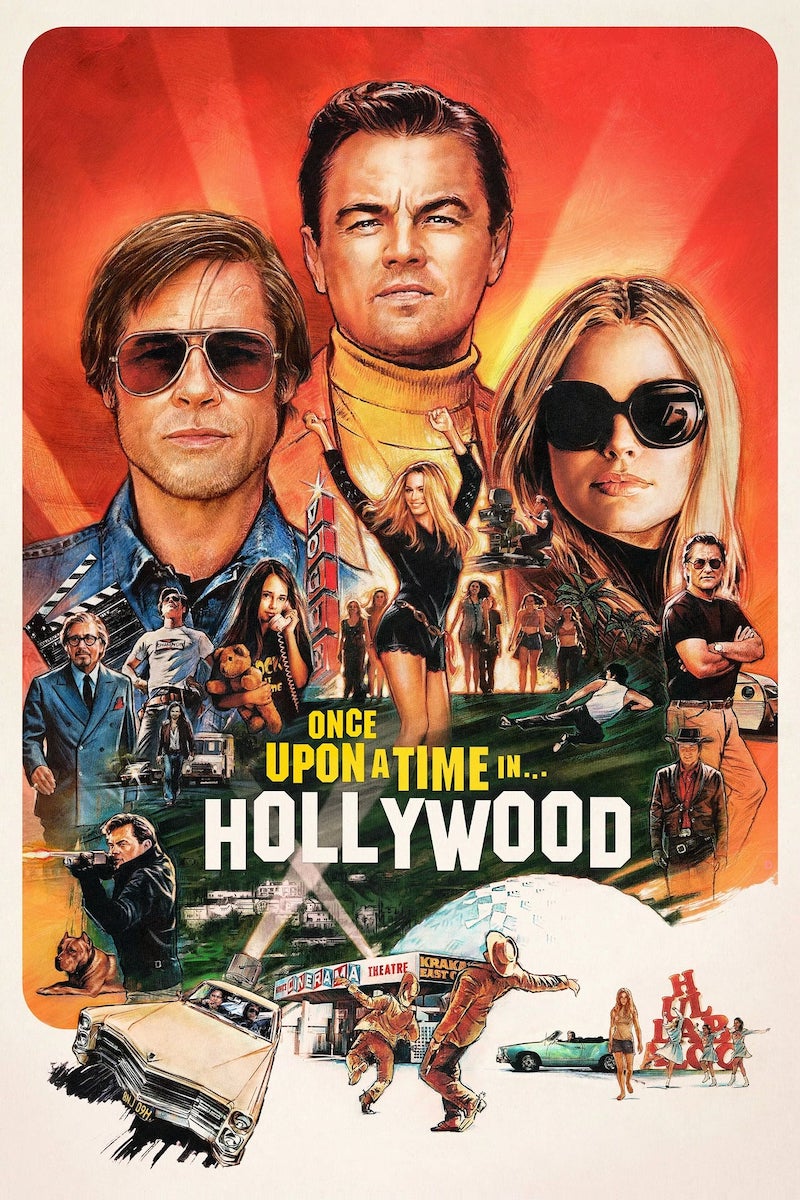