Tim van Dammen’s Mega Time Squad has an irresistible title and an entertaining premise that never soars to any great height. In the sleepy town of Thames, New Zealand, a low-level crime boss called Shelton (Jonny Brugh) orders two of his runners, idiots John (Anton Tennet) and Gaz (Arlo Gibson), to steal money from an antique shop belonging to a Chinese triad gang muscling in on his turf. During the robbery and intimidation of the shopkeeper, John also takes a charm bracelet that catches his eye, before Gaz decides they should keep the loot for themselves. This decision blows up in their faces when Shelton captures his turncoat lackeys, although John finds an unexpected escape route by activating the bracelet and finding himself sucked back in time to witness past events.

One quirk with this film’s time-travel is that cause-and-effect isn’t sacrosanct. John quickly realises he can prevent a past version of himself from using the bracelet that resulted in his own existence, thus creating a shared timeline for two Johns. And after a few such incidents occur, John finds he’s become one of many remnants of himself from various broken time-loops. So the “clones” dub themselves the ‘Mega Time Squad’ to pull off a more audacious heist. 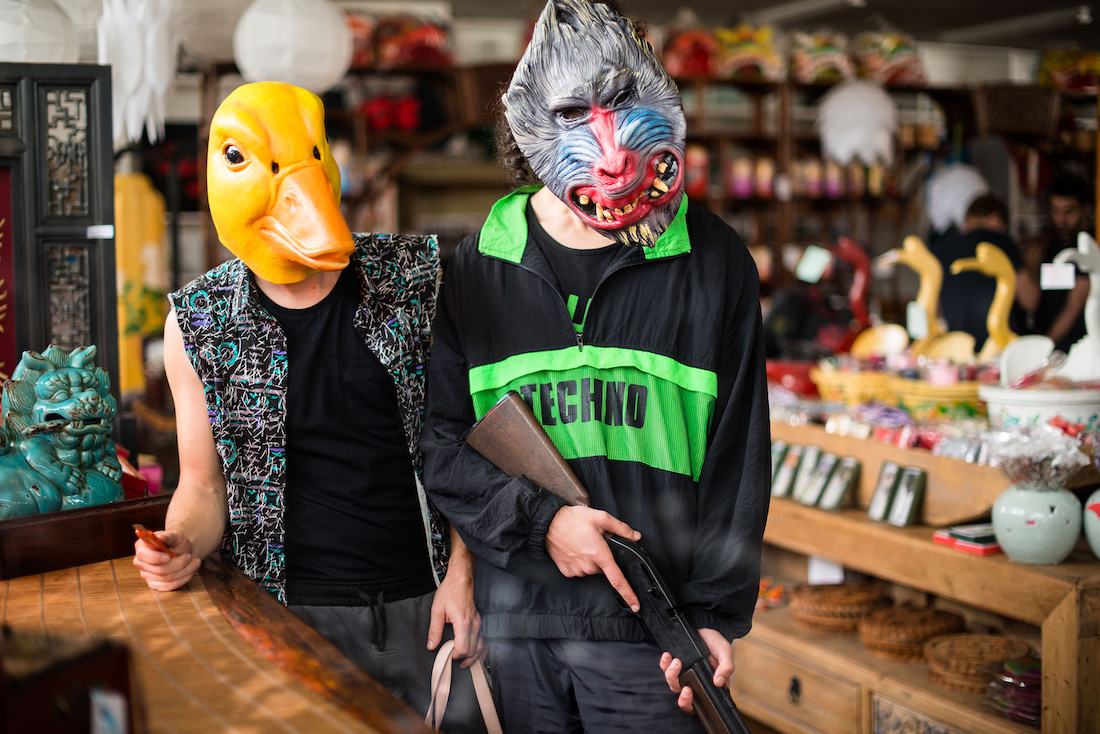 Mega Time Squad is a slacker comedy about bungling criminals with a fantasy edge, liftings elements from Primer (2004) in respect of how time-travel can be used to duplicate the traveller. It’s a decent example of what can be done on a low budget if you’re interested in sci-fi and want to create something fun and offbeat. However, I didn’t find the film very funny or particularly inventive with its ideas once everything is established and the story set in motion.

Tim van Dammen (Deathgasm) hits the ground running and it’s a welcome surprise when John proves dumb enough to self-duplicate rather than avoid paradoxes, so the story comes to feel more about cloning than time-travel. Anton Tennet is also likeable in the lead as a dimwitted delinquent and holds things together as the situation escalates, although he doesn’t have the best material to work with. 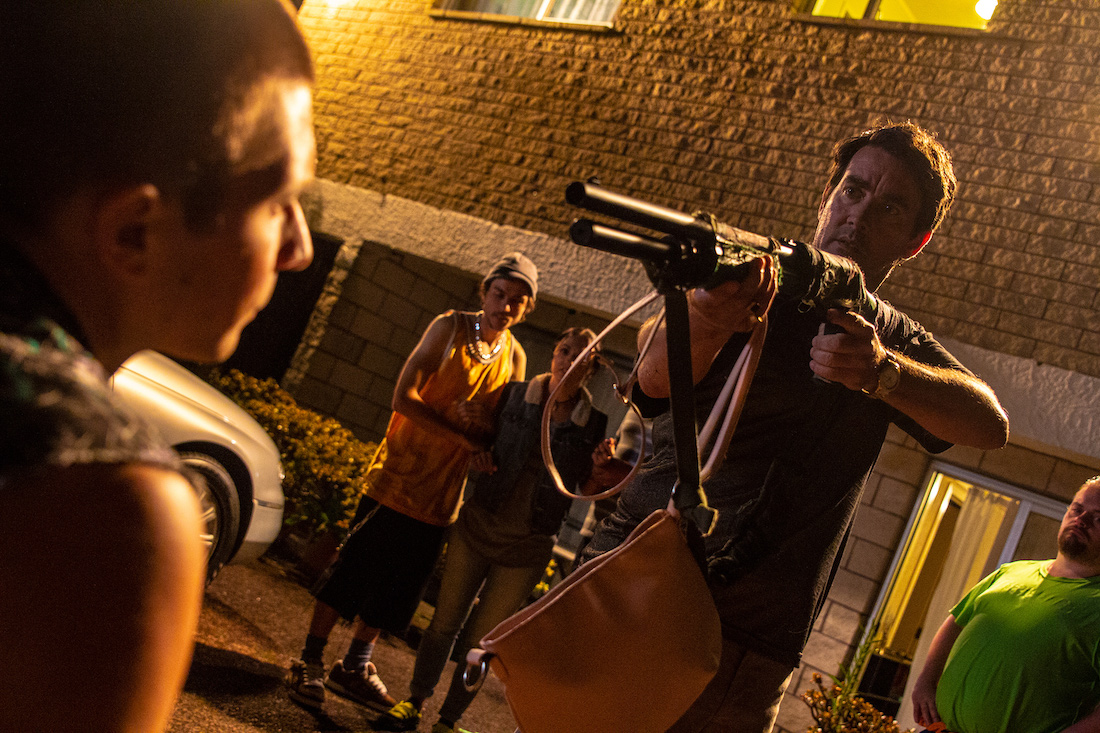 After a while, sadly, it becomes almost impossible to track the lineage of each John and the story doesn’t progress anywhere interesting after the first act. The Johns predictably start backstabbing each other because they’re dysfunctional idiots, and there’s a lazy romantic subplot with Shelton’s sister Kelly (Hetty Haskell-Hahn) thrown into the mix, but the script doesn’t have enough material to cover its negligible 79-minutes. There are no jokes that elicit belly laughs. No mind-boggling scenarios that come to the fore, due to the knottiness of the time-travel premise. I was expecting Mega Time Squad to end in a way that makes you reevaluate the entire film’s events, as there’s potential for something very clever to have been happening under your nose… but no. After a promising setup, it’s content to let things play out as expected.

This being a Kiwi comedy, it has a familiar collection of laidback characters with quirky personalities, but while Mega Time Squad is goofy it misses a trick in not having the characters register the madness of what’s going on. John is too nonchalant about suddenly having the ability to time-travel, and when he’s having to deal with duplicates of himself the potential for something hilarious to arise just doesn’t happen. Dito the foreshadowing of a Chinese demon that’s destined to devour John (and his duplicates) because of his meddling with the timeline, which could have been deployed to push the story down a more supernatural path towards the end when the time-travel and cloning situation has run its course.

Mega Time Squad could have been a delinquent take on Bill and Ted’s Excellent Adventure (1989), mixed with a crime caper, but Tim van Dammen’s script isn’t up to the challenge of delivering anything complex and rewarding. It’s not even especially funny (unless the chilled-out Kiwi accent makes you giggle), so ultimately wastes its potential after the first handful of time-loops. Unfortunately, this is another example of an offbeat high-concept sci-fi comedy that would’ve been a more effective short film. 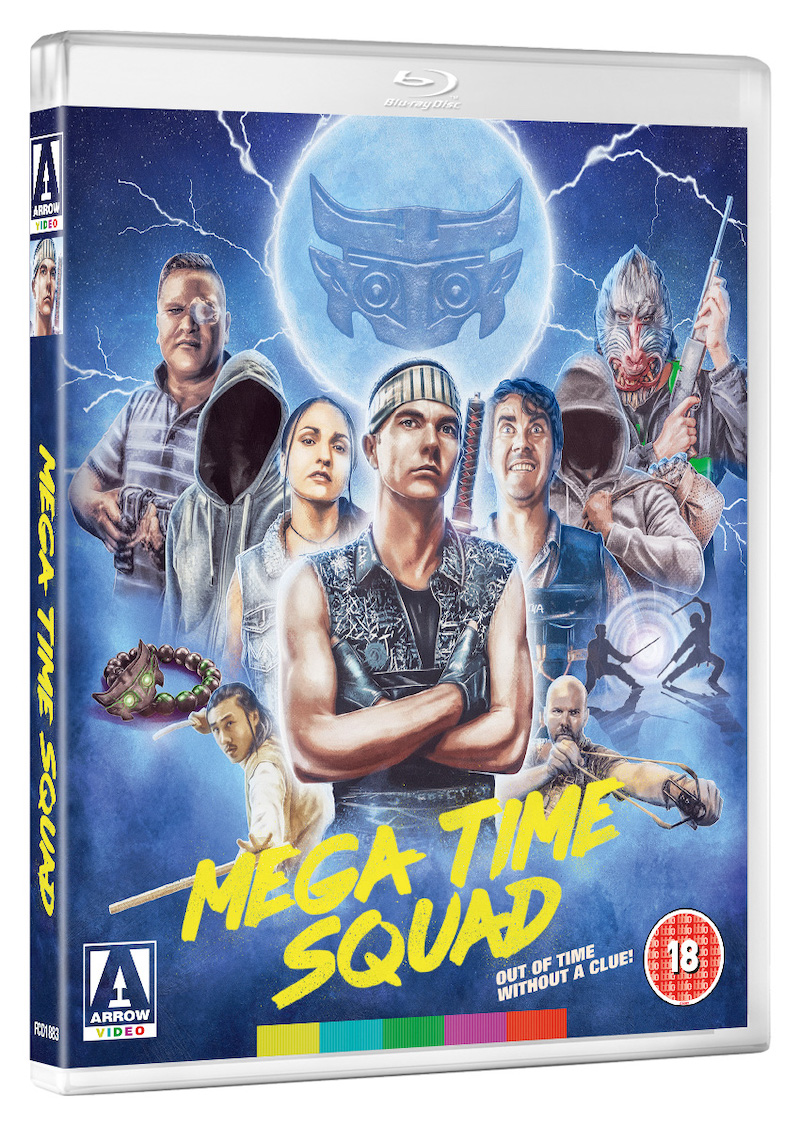