Did you know The Iron Giant (1999) was Brad Bird’s directorial debut? Yes, the same man who directed The Incredibles (2004), Ratatouille (2007), and Mission: Impossible—Ghost Protocol (2011). Well, if you didn’t know, you’ve been living under a rock, as The Iron Giant is frequently brought up as an inspiration for many animation students, filmmakers, and writers today. Bird is often inundated with Twitter requests to make a sequel, which he’s so far refused. But considering he made Incredibles 2 (2018) 14 years after the original’s release, it might be premature to believe he’ll never turn his attention to The Iron Giant 2.

Does The Iron Giant deserve such adoration? It’s an interesting question to consider, especially on the 20th anniversary of its release in 1999. After all, in those two decades, the kids that loved it have grown up and become the adults who might be looking back through rose-tinted glasses. The funny thing is the film wasn’t a commercial success on release. In fact, it was famously under-marketed, leading to strong critical reviews but poor commercial success. Warner Bros. Feature Animation, fresh off the failure of Quest for Camelot (1998), hadn’t planned in advance for media tie-ins and sufficient marketing muscle, leading to a textbook case of a good film that was barely known before hitting cinemas. Of course, being released in the same year as Disney behemoths Tarzan (1999) and Toy Story 2 (1999) probably didn’t help. 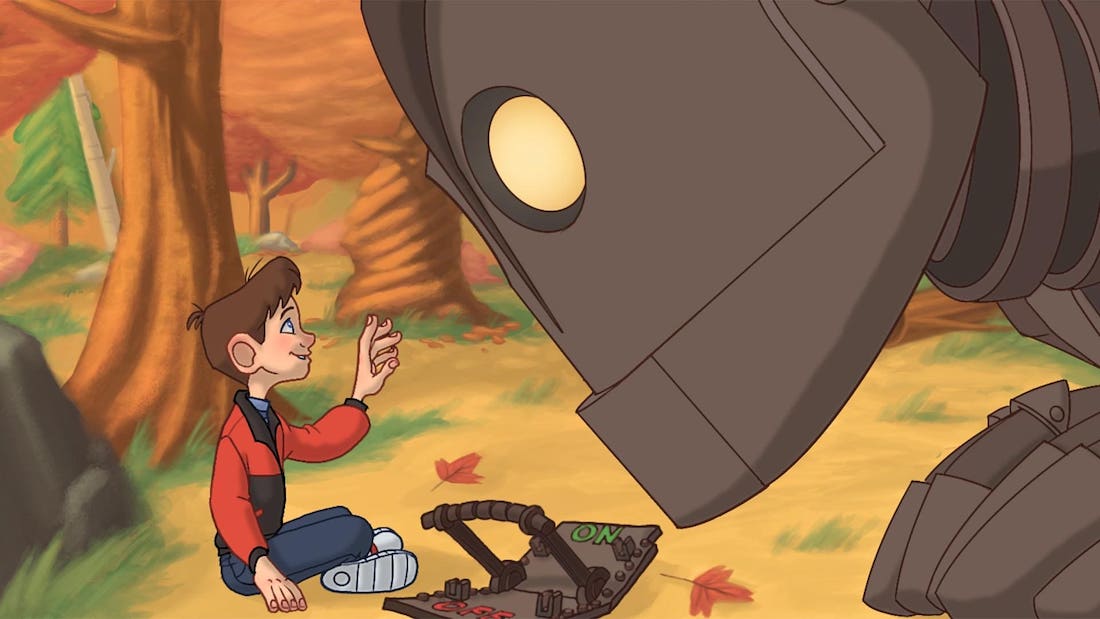 The Iron Giant works as a fine example of an underrated flop. This was a film produced by a studio whose first movie was Space Jam (1996), being made by a promising young director who helped develop The Simpsons into its signature style. The Making-Of documentary released in 2016 on the Blu-ray, “The Giant’s Dream”, even called Brad Bird a rebel director and focused on his need to create a unique film that wasn’t crafted in the style of Disney Animation. The marketing material would have written itself!

And then there’s the stellar cast involved: Jennifer Aniston, mid-way through her Friends fame and at the height of her popularity, playing mom Annie Hughes; Independence Day’s singer/actor Harry Connick Jr. as Dean McCoppin; and rising star Vin Diesel, who had appeared the previous year in Saving Private Ryan (1998)? It would have been a slam dunk in terms of promotion.

But let’s focus on the film itself. In a nutshell: the cult status of the film is well-deserved. Even as a fan of animated movies, it is mind-boggling to me how well this film works within its 87-minutes. The animation is very sleek and the computer-animated Iron Giant doesn’t look out of place amongst all the hand-drawn backgrounds. Instead, the way The Iron Giant is animated feels even more familiar today, as we’ve been privy to the development of animation and can now look back and trace some of the sources and inspiration from the way that it’s been drawn. 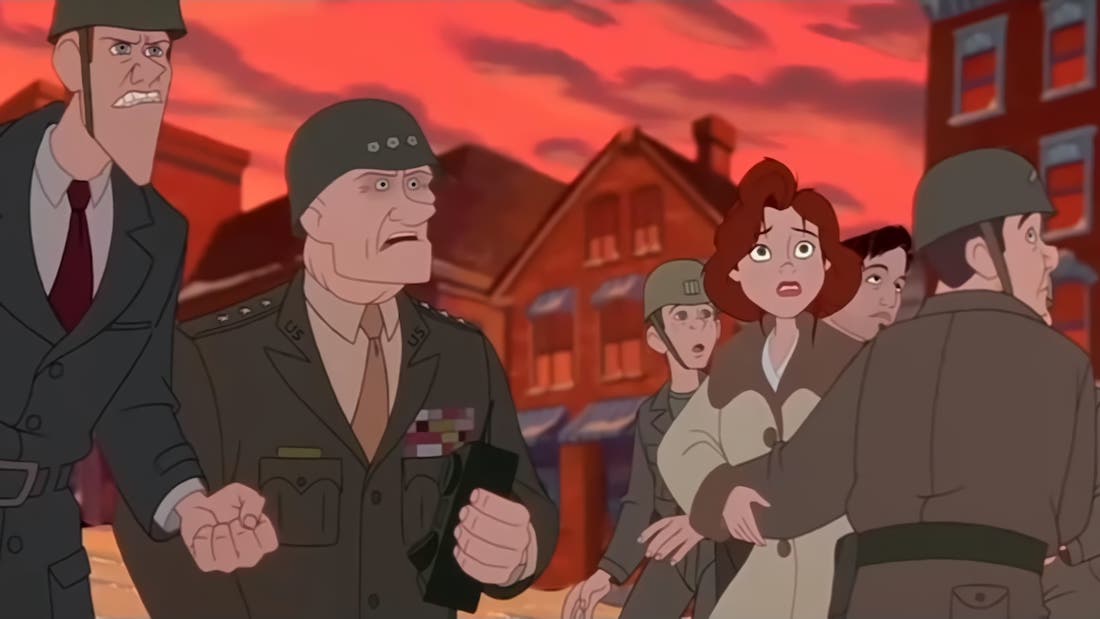 I was worried the plot would feel reductive in retrospect; a story about a boy and a robot fighting against a paranoid US government during the Cold War? With the main theme focused on ‘choose who you want to be’, The Iron Giant could have seemed overly sappy when reviewing it as an adult. However, I forgot how joyful this film is; each bit of dialogue is delivered with heart, and the characters are people you’d love to spend time with. Our main character, Hogarth (Eli Marienthal), is the kid that everyone identifies with; one who loves his mother but wants to go exploring. In the scene where he gets a caffeine rush drinking coffee, the level of bemusement seen on Dean’s face is one that everyone would understand. Instead of taking the easy way out where either the children or adults are reduced to ignorant buffoons, Brad Bird and screenwriter Tim McCanlies took the care to ensure that each character had motivations and a story that makes sense in the overall plot. Even the ‘villain’, Kent Mansley (Christopher McDonald), is given sufficient screen time to explain why he becomes so paranoid over the course of the film.

The fictional setting of the film within a Cold War period also allows for the story to expand beyond its small-town origins. Rockwell, Maine, could be any small town, full of kids that love Superman comic-books and huge robots. While The Iron Giant isn’t as critical of warfare as the novel it was based on (Ted Hughes’ The Iron Man), the film also doesn’t shy away from strong opinions of the paranoia of the military. At the same time, the film’s ending also allows us to dream of a possibility of the giant being nearby, ready to protect all of us. Just like the Giant was inspired by Superman, this film inspires us to be like the Giant. No wonder people keep asking for a sequel. 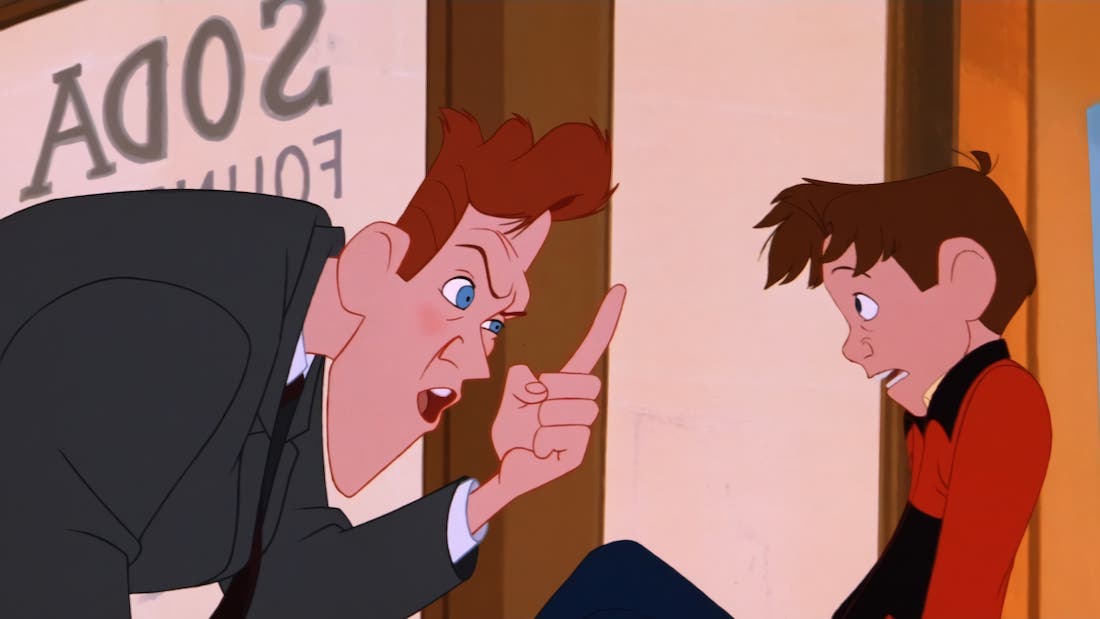 The Iron Giant has definitely made its mark on pop culture. Besides the aforementioned nostalgia, the film also won nine Annie Awards and was nominated for ‘Best Dramatic Presentation’ at the Hugo Awards. The distinctive shape of the Giant has also been referenced, as well as name-dropped, multiple times in other shows that have been released. He even made a crowd-pleasing appearance in Steven Spielberg’s Ready Player One (2018).

After re-watching the film for this retrospective, I can understand why it remains so popular. This movie just sticks in your mind. One can’t help smiling when thinking about the characters and the story. And the jokes still land, regardless of how often you’ve seen it. 20 years later, I can’t think of a section in this film that could be improved with more action or more dialogue, as it was edited superbly. In the end, The Iron Giant feels like a mug of hot chocolate on a cold winter’s day; watching it feels like you’re hanging out with your loved ones, looking back on beloved memories. And who doesn’t like that? 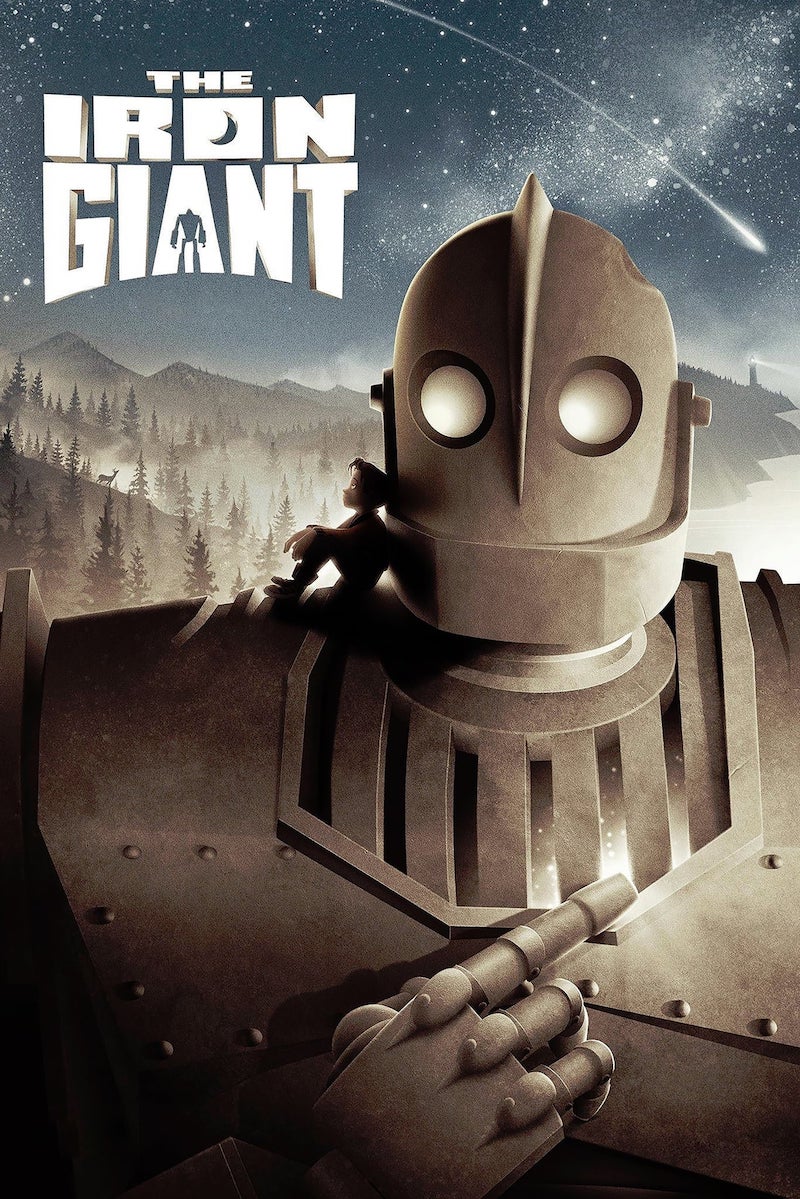