New to Arrow Academy is oddball comedy Lost in Paris, the latest film written, directed, and co-produced by Dominique Abel and Fiona Gordon (Fairy). Known for their love of physical comedians from the age of silent film, such as Jacques Tati and Charlie Chaplin, Lost in Paris pays homage to their passion in colourful fashion.

In the depths of Canada, shy librarian Fiona (Fiona Gordon) receives a frantic letter from her eccentric Parisian aunt Martha (Amour’s Emmanuelle Riva), who needs help avoiding being put into a retirement home by a nurse. Fiona’s always wanted to visit France, so she packs a bag and goes to her aunt’s aide, only to find that Martha’s disappeared. Fiona later falls into the Seine and loses her possessions, before gaining the attention of a homeless would-be suitor called Dom (Dominique Abel). Together they try to find myopic Martha across Paris, as Dom tries to get Fiona to reciprocate his feelings. 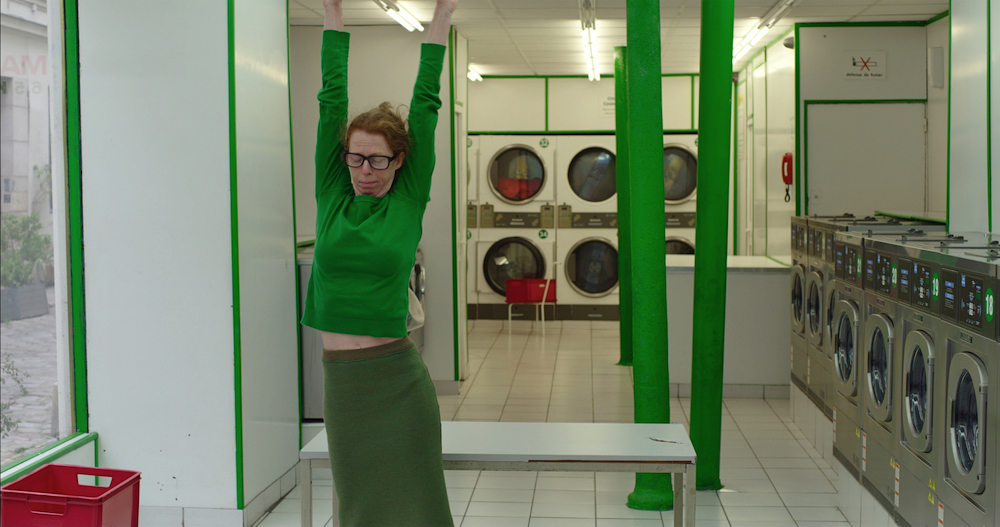 Lost in Paris is a strange but sweet film that should make audiences smile. It feels like you’re being whisked away to a fantastical and more wholesome time, far away from today’s cynicism. If you’re looking for grit, you won’t find any of that here. Lost in Paris is a life-affirming comedy that inhabits a similar pastel-coloured fantasy world popularised by Wes Anderson.

It harkens back to the old-school physicality of comedy performance made famous by Buster Keaton and Charlie Chaplin, and is an ode to those great silent films, without being silent itself. Gordon and Abel are clearly great studies of this era, having mastered the art of physical comedy in a way rarely seen outside of Monty Python. Their performances together are wonderful, as they play off each other so effortlessly, which is no surprise as they’re married in real life and have been working together for over 30 years. 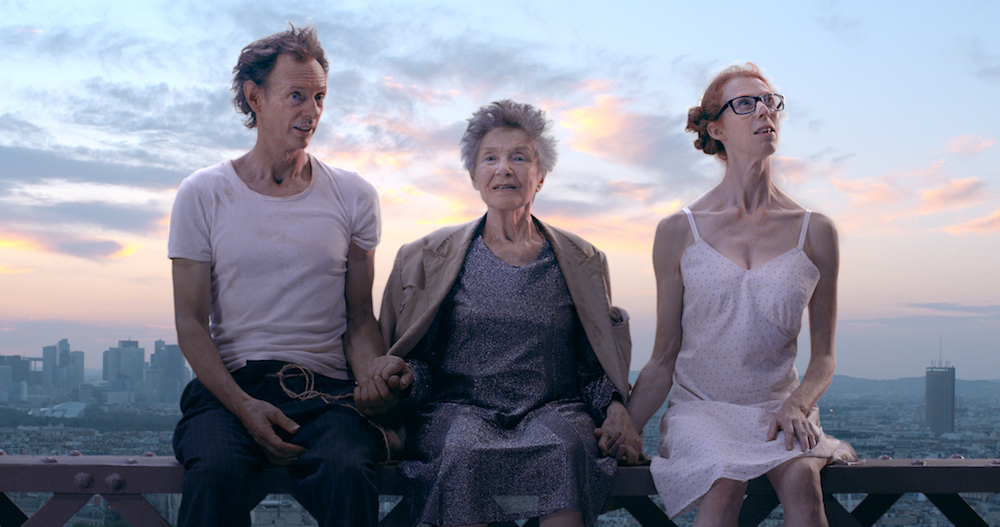 The strangeness and grace of the two lanky leads is best shown in the restaurant scene, as they perform a slow and deliberately exaggerated tango. It utilises their burlesque backgrounds perfectly and shows the strange characters burgeoning romance through physical awkwardness. An adorable scene with Aunt Martha and her gentleman friend Duncan (Pierre Richard), dancing while sat on a bench (echoing a scene from La La Land) again shows an easygoing whimsy and sweetness rare in cinema today. It mixes comedy and quirkiness into something adorable.

The dialogue alternates between English and French, which may put viewers off, but Lost in Paris is an excellent foray into foreign cinema as the content isn’t dialogue-heavy. It relies on a strong musical score and lots of physicality to tell a simple story. 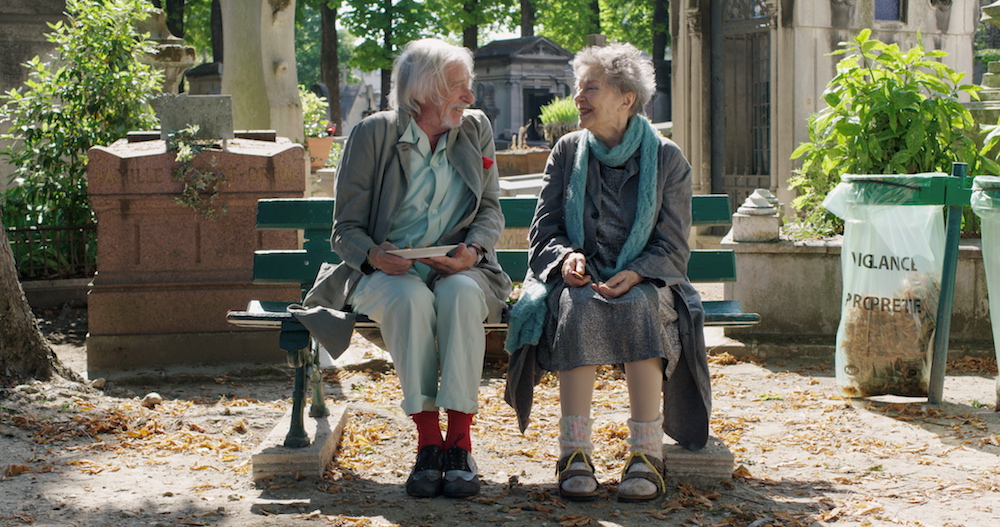 The use of colour in the film is important. It not only makes the film more visually interesting but conveys meaning and feelings beyond what’s being spoken. Starting out in a remote part of Canada the palette is simple and stark, with whites and dull shades communicating Fiona’s boring life there. It’s a complete contrast to Paris, of course, which is full of bright colours and cheery pastels to excite the eye.

Lost in Paris is a very intimate movie, focusing on a simple story involving just a few people in a big city, and this allows the audience to also become lost with the characters. It’s hard not to care and root for these people, as Fiona seeks adventure and change over the safety of normality, while Dom is a Chaplinesque Pepe Le Pew figure, determined to win her heart. There’s little complexity to anything here, but it doesn’t need it.

Luxuriating in a world of childlike wonder, where slapstick and colour reign supreme, Lost in Paris is a funny, sweet, thoughtful film. Wes Anderson and La La Land fans will thoroughly enjoy its eccentricity and vibrancy. 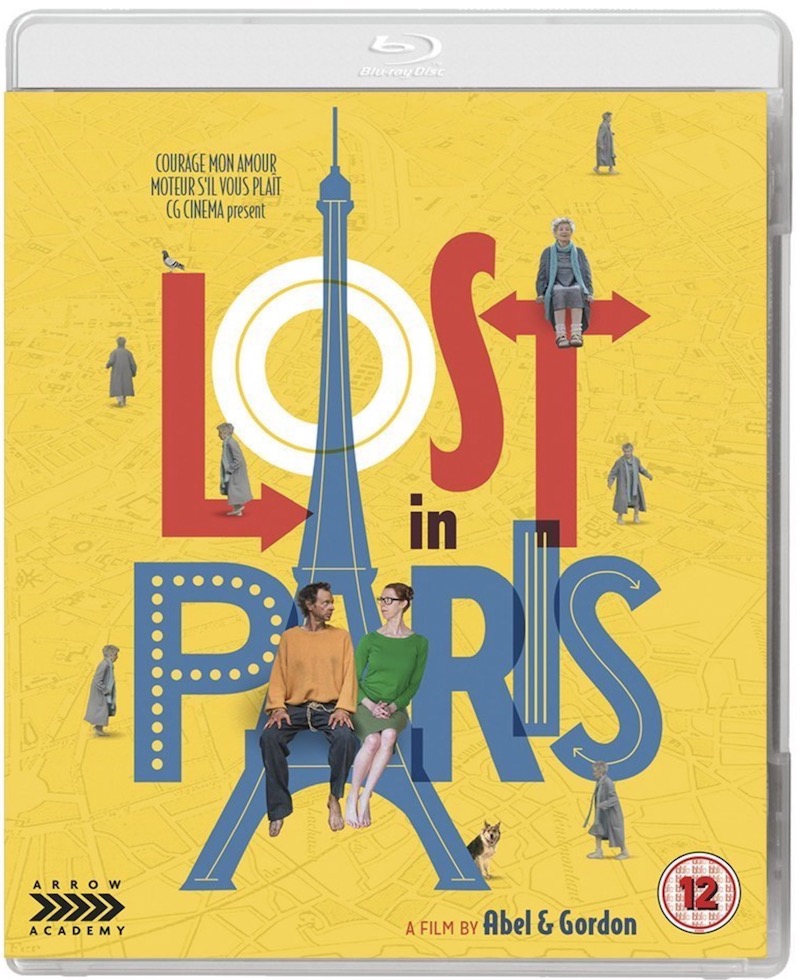