There’s a reason certain literary classics are constantly being remade for the screen. From Charles Dickens to William Shakespeare, timeless stories such as Louisa May Alcott’s 1868 bildungsroman will always be relevant. And now, as cinephiles and critics compile their best of the decade lists, Greta Gerwig’s Little Women is a surefire late contender.

After years working as an actress in independent film, Gerwig came to wider attention as only the fifth female director to be nominated for ‘Best Director’ at the Academy Awards—for her popular debut Lady Bird (2017), a coming-of-age drama she also wrote. Fast forward two years and the high bar set by herself has certainly been met, if not exceeded, with a masterful take on Alcott’s 19th-century masterpiece. 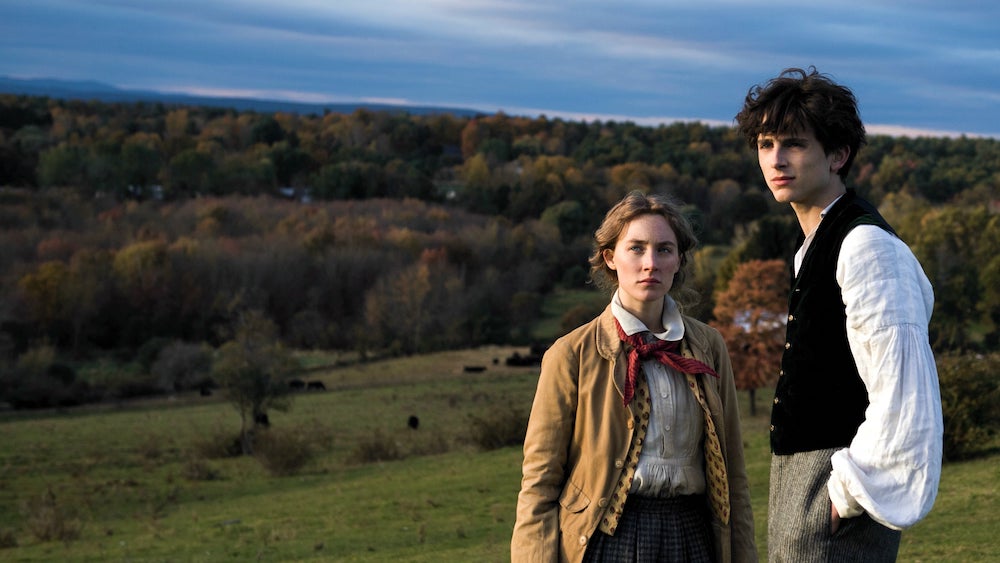 Little Women follows the story of the four March sisters: Jo March (Lady Bird’s Saoirse Ronan), who rejects the idea of marriage and dreams of moving to New York to become a writer (a character based on Alcott herself); the eldest sibling Meg March (Emma Watson), who wants to marry well; Amy March (Florence Pugh), who dreams of becoming a painter; and Beth (Eliza Scanlan), who’s shy and quiet but musically talented.

Gerwig forgoes the chronology of the source material, instead opting to time-jump between the sisters’ childhood and adulthood. It works perfectly and is at no point confusing, despite the fact the same actors play themselves in every time period. 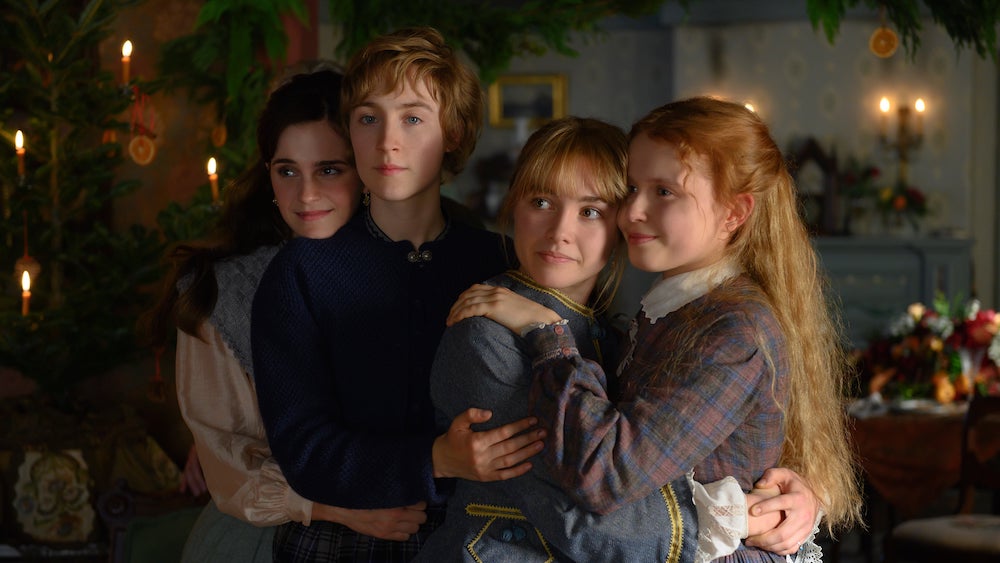 This is Ronan’s best performance since Lady Bird, and we’re hopefully witnessing the early days of a director-actor partnership to rival that of Robert De Niro/Martin Scorcese or Daniel Day-Lewis/Paul Thomas Anderson. Ronan and Gerwig were simply born to work together. They work so seamlessly together (as if inhabiting the same creative consciousness) that every frame feels totally natural.

Pugh again shines after another terrific performance earlier last year in Midsommar (2019), proving her versatility as an actress. Here, her performance as Amy March brings the most laughs and packs some of the more emotional punches. 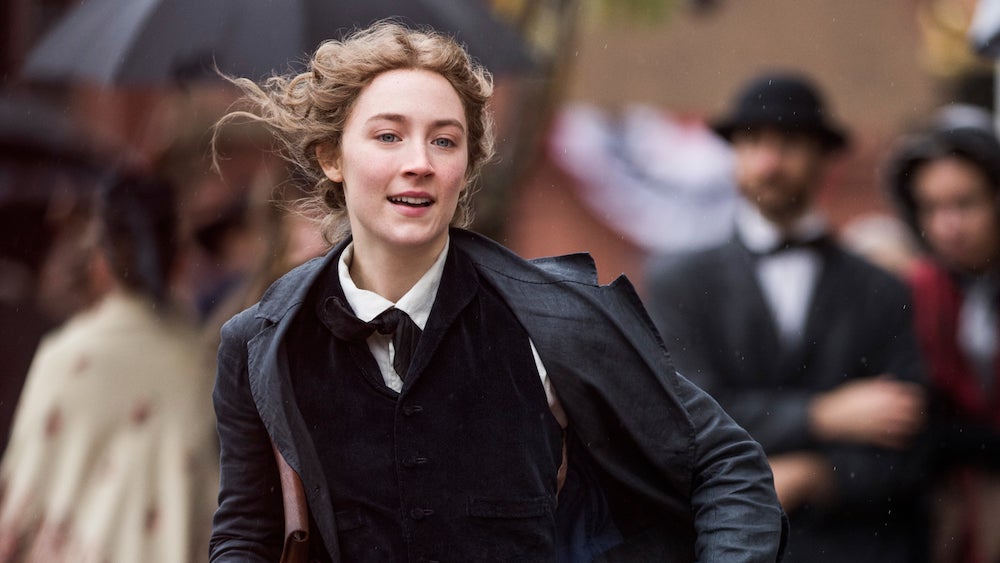 Everything about this picture fits together brilliantly. From the moment it begins you’re wrapped in a blanket of warmth and loveliness, with some of the most touching moments simply being when the March sisters are cuddled around a fireplace or getting ready to go out, dipped in a golden hue of light. Ronan, Pugh, Watson, and Scanlen play off each other so well you almost wish you were part of the March family, much like how each guest to their home or neighbour they visit look on with admiration at the tightly-knit sisterhood whose father is off fighting in the Civil War.

Gerwig does more than create a wonderful adaptation of a venerable story, however. She pays homage to Alcott herself by twisting the ending to be slightly more ambiguous. Audiences are left to decide for themselves whether it is finding love, marrying, or raising a family that brings fulfilment… or following a career-driven dream. Neither path is portrayed as being the right one, highlighting the freedom that Gerwig has, that Alcott didn’t, to bring a vision of Little Women to modern audiences. Alcott, who never married herself,  was pushed in certain directions by her publisher and readers alike. 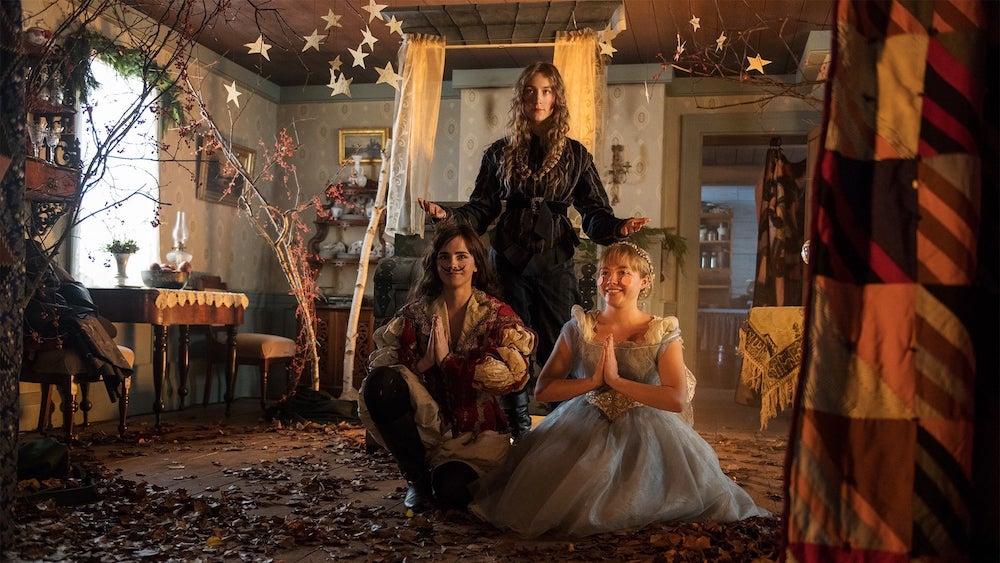 Not only that, but Gerwig had parts of the film shot where Alcott grew up—Concord, Massachusetts—and where people can visit Orchard House where the story’s set. It’s a fitting tribute to the author of one of the great pieces of literature.

One of the wonderful things about this picture is how dense it is. It moves at pace but never feels rushed. It fits a lot into its runtime and there’s something for everyone to take away from it. Those who love the novel will adore this film because it transports you into the world Alcott created and makes you want to stay there.

If there was any doubt over Greta Gerwig’s writing and directing abilities, or concern she could be a one-hit-wonder with Lady Bird, Little Women confirms the indie actress is now one of the best filmmakers working. We live in turbulent times, and Little Women offers both comforting escapism as well as the ever-important messages of compassion and kindness. 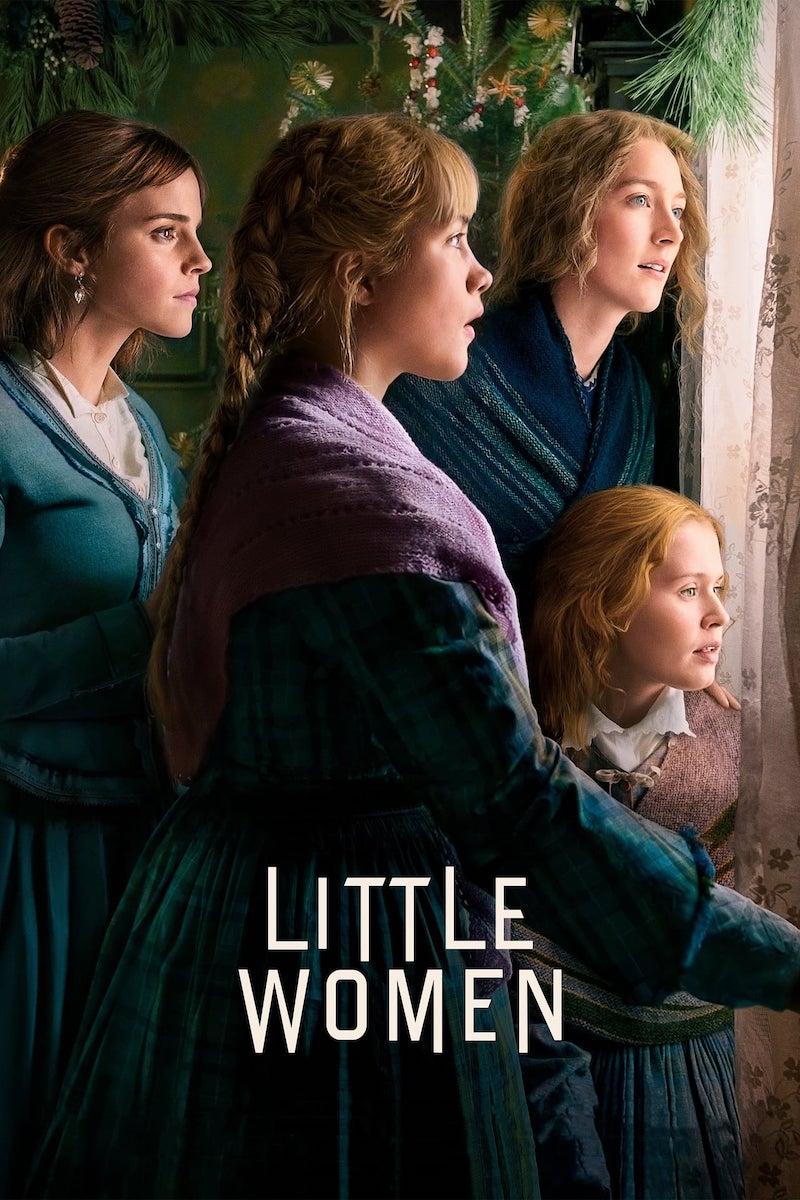