“I started at the top and have been steadily working my way down ever since.” That’s how Orson Welles described his career, and it really does read like the all-American Hollywood success story, told in reverse. His debut feature was Citizen Kane (1941), which many still consider to be the finest film ever made, one that was not only directed with a precocious stylistic flare, but actually changed the structure of the cinema industry and introduced Hollywood to the idea of the auteur. He then made a handful of critically acclaimed popular films, before working as a character actor and directing for television. He went on to appear in many cameos and bit-parts, and ended up doing voiceovers for beer commercials whilst making self-funded documentaries…

F for Fake (1973) was the last feature film he completed before his death in 1985 and, arguably, is just as relevant as his first, and in many ways even more inventive. Avoiding spoilers when talking about a film like F is a difficult job because its premise rests on using one set of ‘facts’ to lead viewers to a particular conclusion, and then confound that with another set of ‘facts’ presented differently to challenge those conclusions… 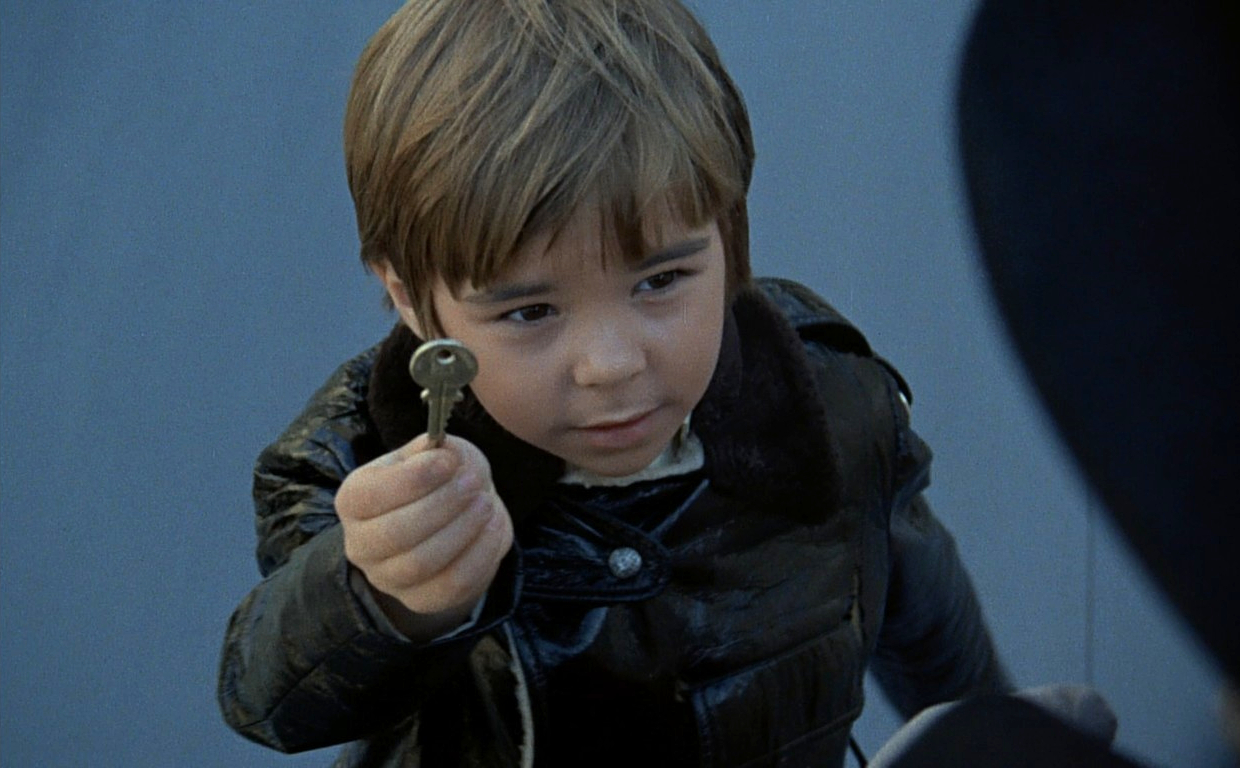 The distortion of so-called facts with what we might now term ‘false news’ is more pertinent than ever in today’s political climate. Unfortunately, what would’ve been the film’s core strength is now its main weakness. It was so topical and perhaps too closely connected with contemporary cultural events. It would have been like a good satirical documentary about all the (non)personalities involved with the current Brexit shambles or Trump’s Twitter feed… only much more interesting!

Now, though, viewers might find it a little baffling, as it assumes a level of prior knowledge about its subject matter. When Welles made F the names of Howard Hughes, Elmyr de Hory, and Clifford Irving would’ve been very well-known indeed. Scandals involving the trio had dominated international headlines for years… 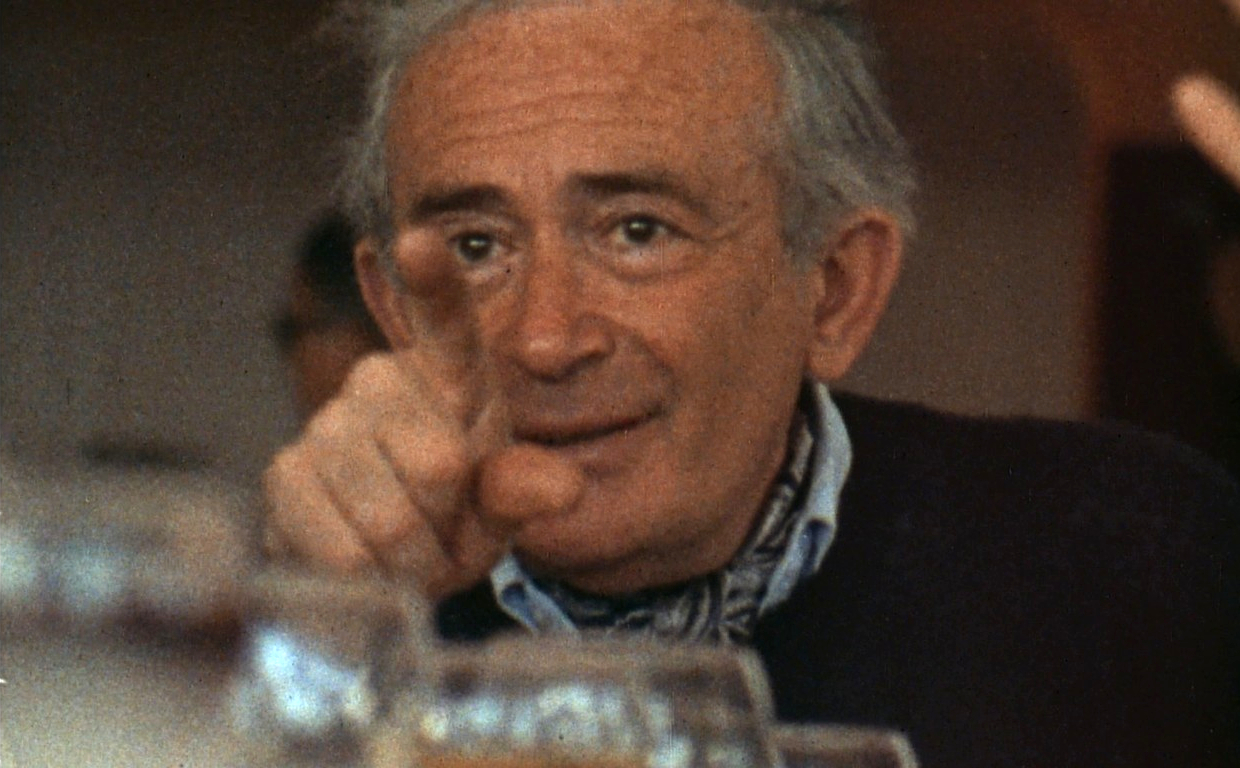 Of those three, Howard Hughes remains fairly famous to this day, as an eccentric international man of mystery, but back in the 1970s he was possibly the most talked-about, and richest, man in America. Eccentric is too mild a term to describe the person who first became famous as a fearless aviator, breaking the record for a round-the-world flight in 1938. He was even an inventor—of the largest flying boat ever built, nicknamed the Spruce Goose, and of the bra. 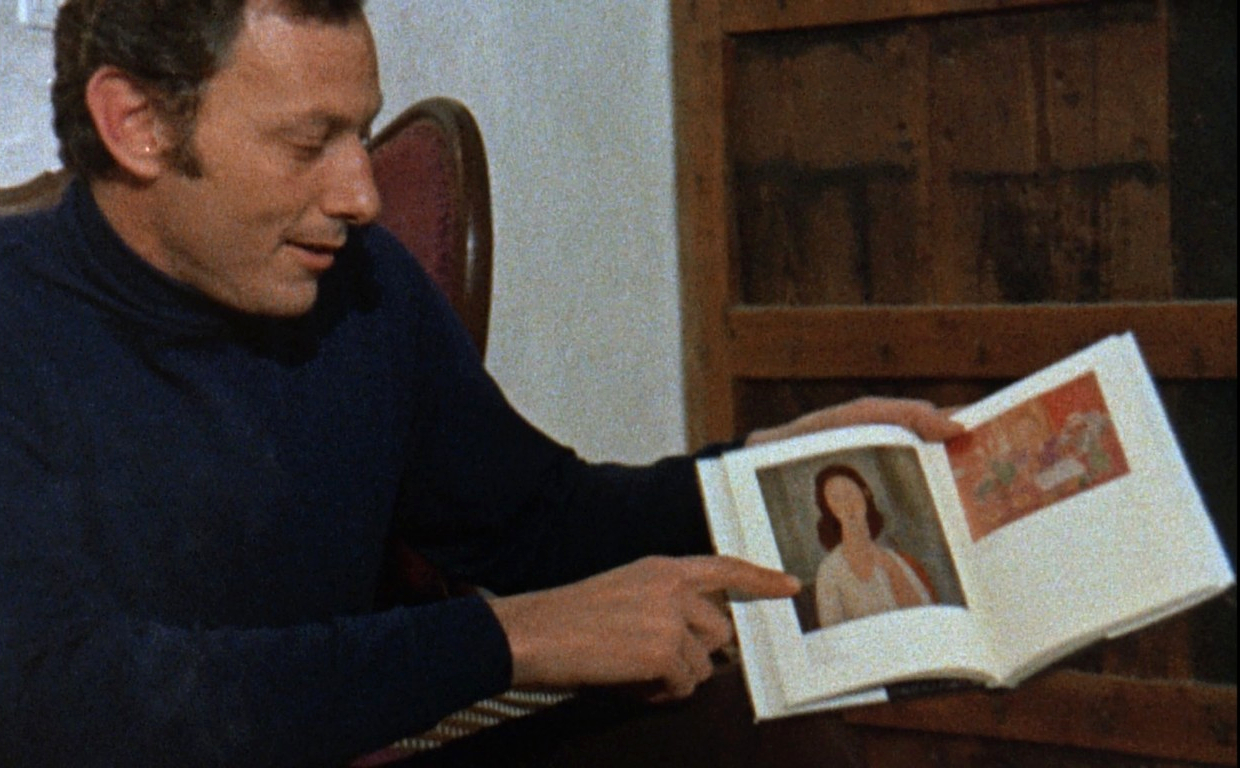 By the 1960s, Hughes was best known for his physical and mental decline and ever-more reclusive lifestyle. He rarely left his bungalow in the grounds of the Beverly Hills Hotel, where he’d sit and continually watch Ice Station Zebra (1968) in the nude. He hired doubles to stand in for him and continually moved from one hotel penthouse to another. To maintain his privacy, and better conceal his whereabouts, he bought the Desert Inn chain of hotels, along with several other casinos and hotels. He effectively disappeared from public view, and this encouraged almost continuous ‘investigations’ by tabloids and spurious stories based on rumour. In the early ‘70s he was implicated in election-rigging during the Nixon presidential campaign which put his name back in the headlines.

Elmyr de Hory was the world’s most famous art forger. It’s said that many a Matisse or Modigliani still hanging in major museums are in fact fakes produced by his skilful brush. It’s been estimated that the sales of all his forgeries earned 50 million dollars or more—and that’s just the ones we know about! Around the mid-1950s he was the focus of a global intelligence investigation that attempted to bring him to justice for fraud. He kept one step ahead of the law by moving from country to country, reportedly using skilfully faked documentation to assume different aliases. He eluded capture until the late 1960s, when he came clean about his career as an art forger, a move that made him a lot of enemies. 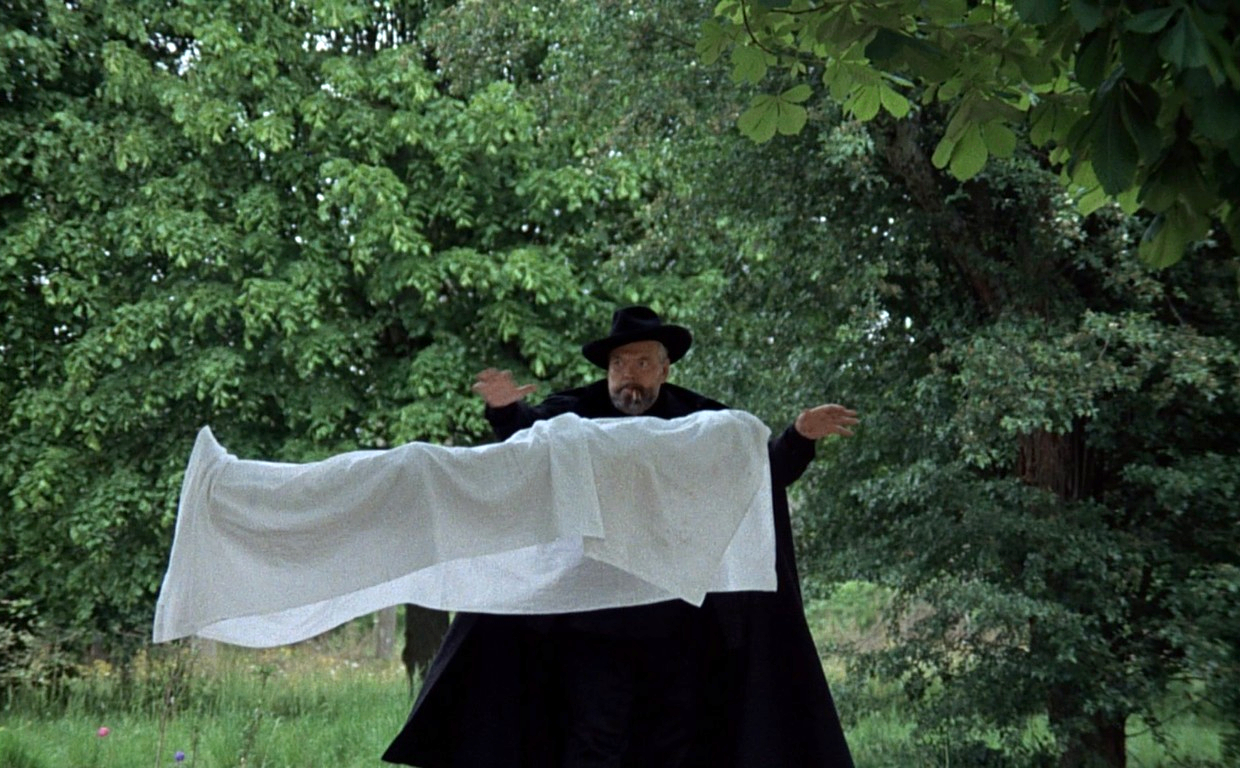 In 1968, he went on trial in Spain where he was convicted of homosexuality, living without visible means of support and consorting with criminals, but wasn’t charged with forgery. He spent two years in prison. The case put him back in the international headlines. On his release he briefly enjoyed celebrity status, but there were a number of countries interested in extraditing him on further charges. All this kept his name regularly in the news during the early ‘70s.

Orson Welles was fascinated by both these true-life tales, but even more so by their incredible connection through Clifford Irving. In 1972, Irving purported to have been given exclusive access to Howard Hughes and through a series of interviews had co-written the memoirs of the world’s most famous recluse. His claim was not denied until just before publication of his book when Hughes broke years of silence to give a telephone interview to denounce Irving as a fraud. A newsworthy trial followed, and the author was convicted. But three years before writing his false biography of Hughes, Irving had written the book Fake: The Story of Elmyr de Hory, The Greatest Art Forger of Our Time. 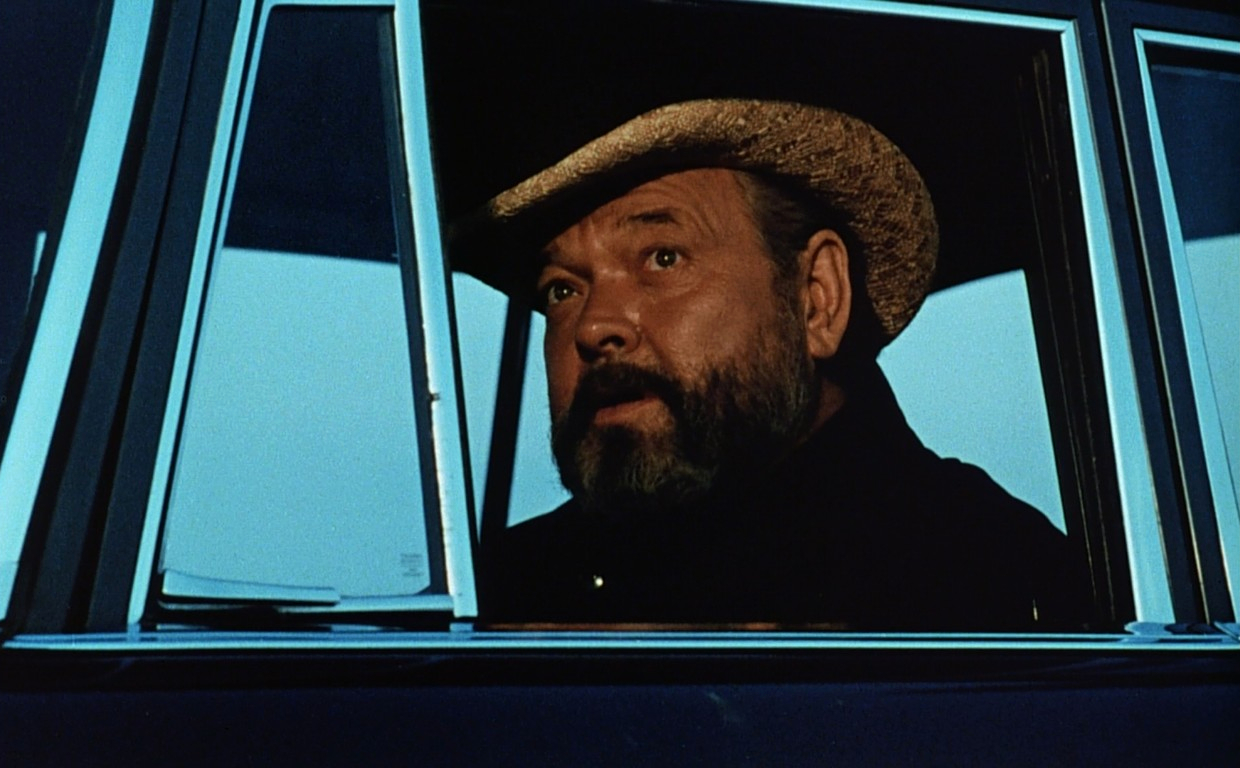 In 1973, all these news stories were still fresh and remained headline news. Welles also saw a personal connection with his own reputation as a hoaxer, which he’d earned with his notorious 1938 radio dramatisation of War of the Worlds. The adaptation presented the H.G Wells story in the contemporary news format which convinced some listeners it was authentic reporting of an alien invasion. There was panic in the streets. It even stimulated the development of new theories about the relationship between audience and media which have influenced advertising, and other forms of propaganda, ever since.

F for Fake stars Orson Welles, Clifford Irving, and Elmyr de Hory as themselves, and is presented in the from of a docudrama. Many of the candid sequences of de Hory and Irving are lifted from a documentary that had already been made by the film’s producer, François Reichenbach, who was also an art dealer. Welles re-cut this documentary footage and inserted extra material. He shot some of it on 16mm, to match the colour and film grain of the home movie extracts, which was then transferred to 35mm for the painstaking editing process. He then added a third strand that interrogates the authenticity of art in general and Picasso in particular. There’s plenty of cutting-room conjuring involved with some sequences being repeated, only with subtle differences and contradictory ‘evidence’. Fake paintings are seen to burn, but in another version of events they survive. 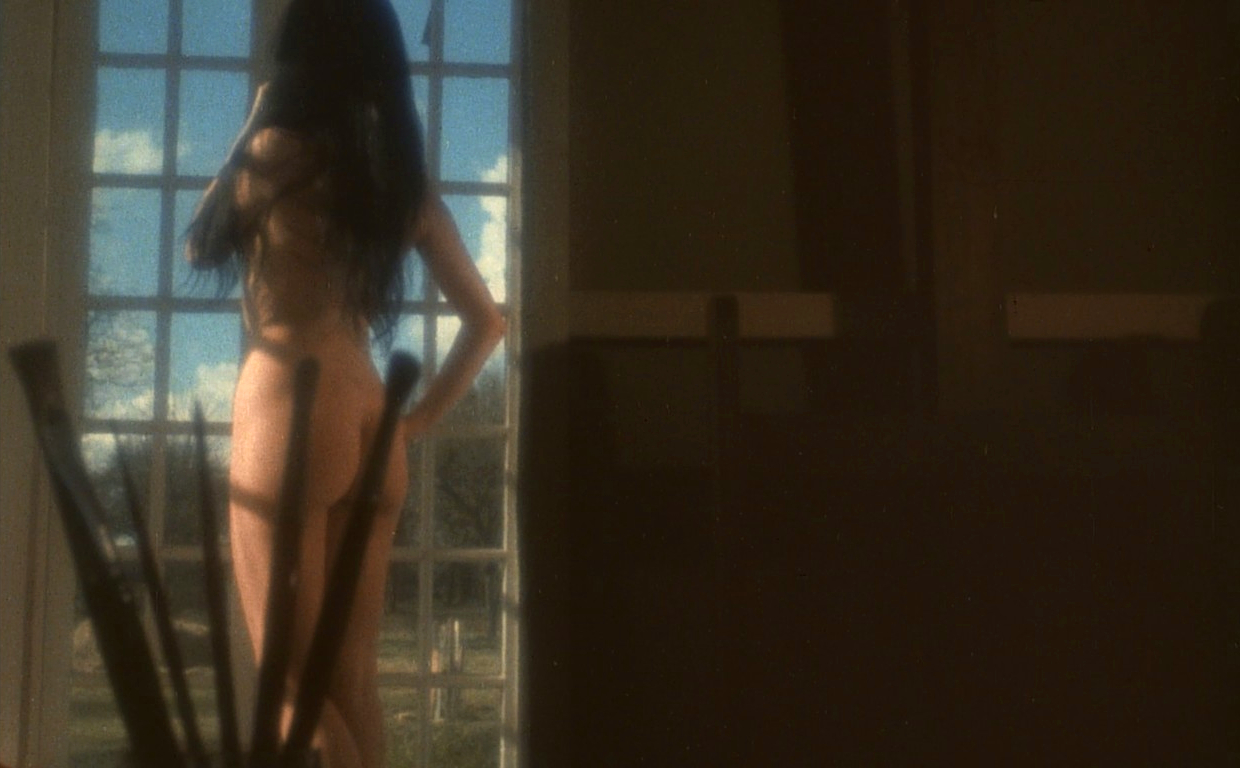 The opening sequence trains the viewer to pay attention, look for clues, and approach the film as one big enjoyable puzzle. Welles, dressed in long black cape and fedora, performs a conjuring trick on the platform of the Gare d’Austerlitz train station in Paris. His audience is two young boys. He turns their key into a coin and back again and leaves them holding a white rabbit. “As for the key,” he smirks, “it was not symbolic of anything.”

We see the film crew, who of course must have been filmed by another crew. As a mystery girl (Oja Kodar) alights from a train, he confides with his cameraman, who happens to be François Reichenbach, that the girl is not only distractingly beautiful but “fabulously rich, too,” and that there’s “a good story about it.” When prompted he promises “we’ll come to that later…” He then assures us that everything we are about to see is strictly based on the available facts, but also that “any story is almost certainly some kind of lie.” So, our challenge is to pick through the ‘facts’ and see if we can decipher any truth. 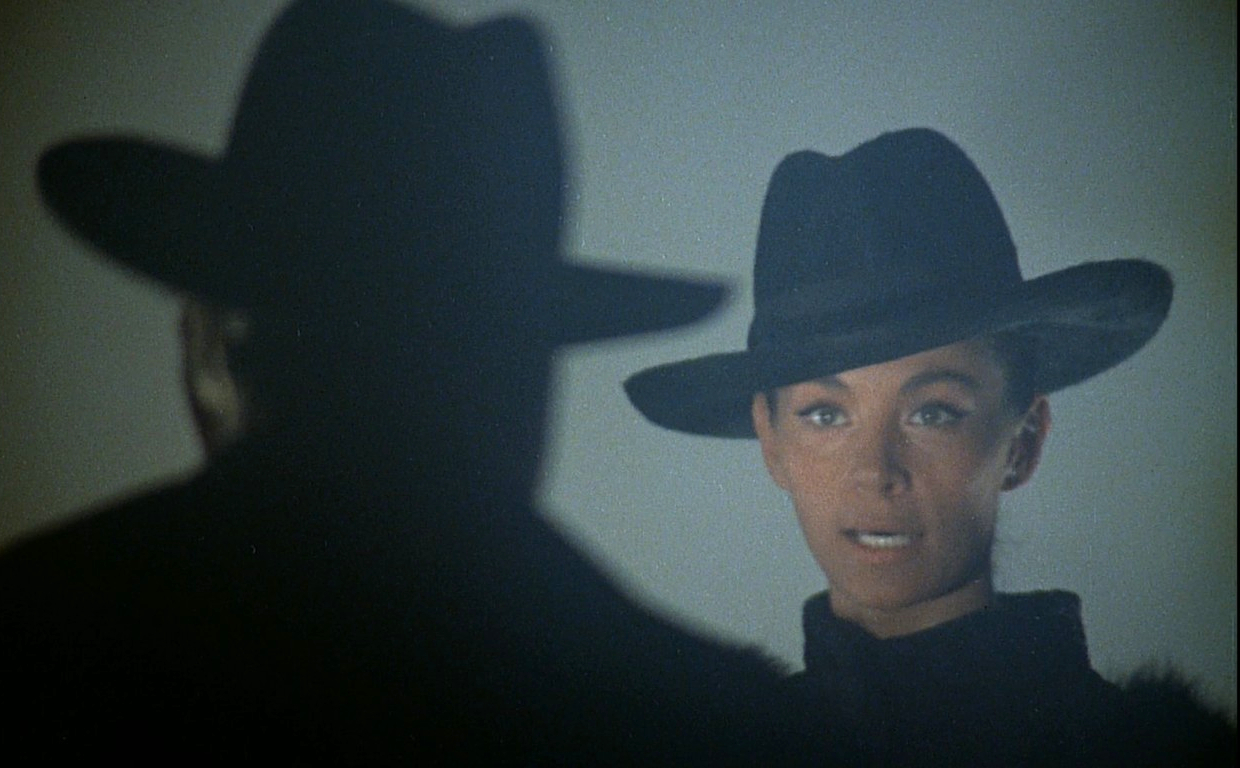 F is a must-see for any Orson Welles aficionado, and is key to understanding his career and artistic approach. It deserves wider recognition, but will only really appeal to those who enjoy art movies, as it can drag a little. If you sit back and let yourself sink into its unique milieu, then you probably won’t notice its pace sag in the middle, and if you can stick with it the ending offers a deserved and very memorable reward. Any student of film and media studies could learn a lot from analysing its clever deconstruction of representations and narrative.

Although it may not have aged too well, it’s an important piece of cinema and represented a breakthrough in the documentary format. Welles had intended to make a series of similar essay-style films that weave together fact and fiction in this way. Its influence can be seen resonating in the work of directors now known for their quirky documentary approaches such as Werner Herzog and Peter Greenaway, whose film A Zed and Two Noughts (1985) also touches on fakery and art forgery. 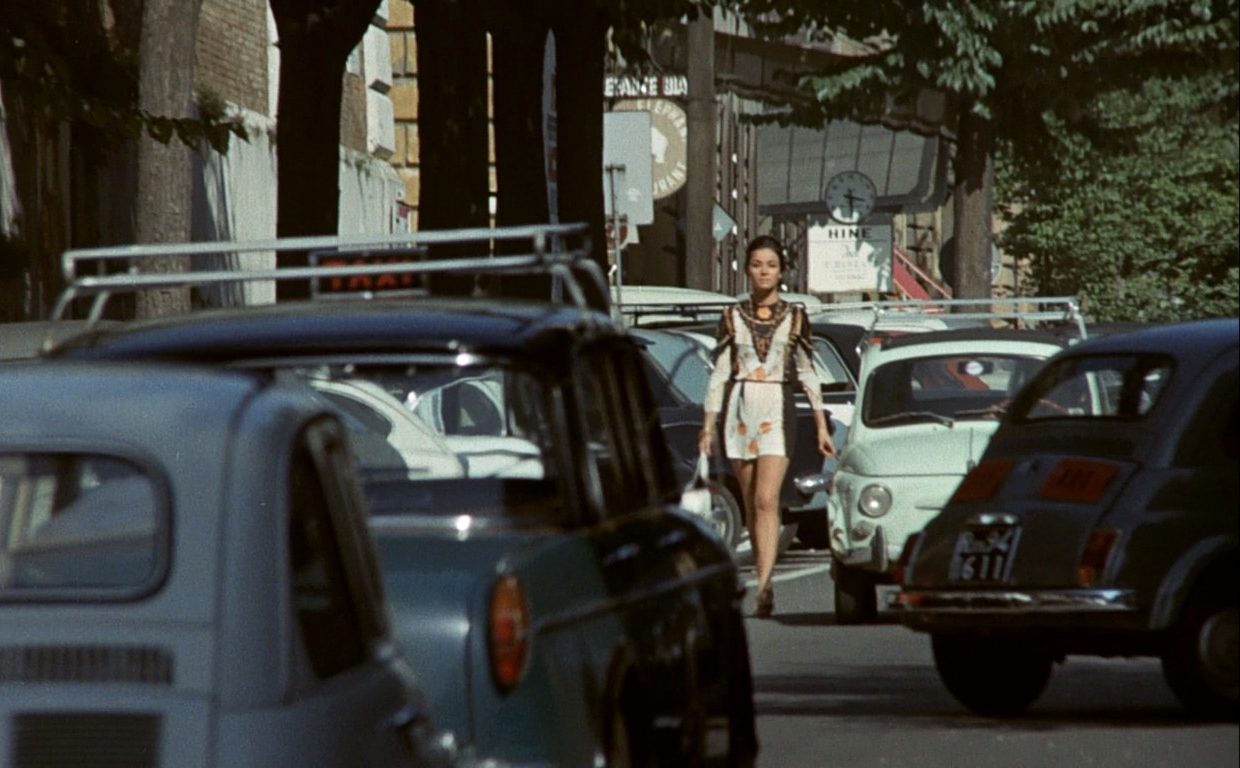 Welles didn’t even want to give the film a title. When pushed, for marketing purposes, he suggested simply a question mark, ‘?’ It’s no real surprise that major distributors weren’t interested. Perhaps it was just too ahead of its time. It’s well before the MTV generation and audiences back then weren’t used to meta-media. Apart from a handful of screenings at film festivals, it wasn’t given any proper release until 1975, when Welles grudgingly accepted the title F, which he thought appropriate because it could stand for many relevant things: F for fail, because the hoaxes were all uncovered. F for film, about fraud, forgery and fakes.

I would certainly add that that list: F… for fascinating. 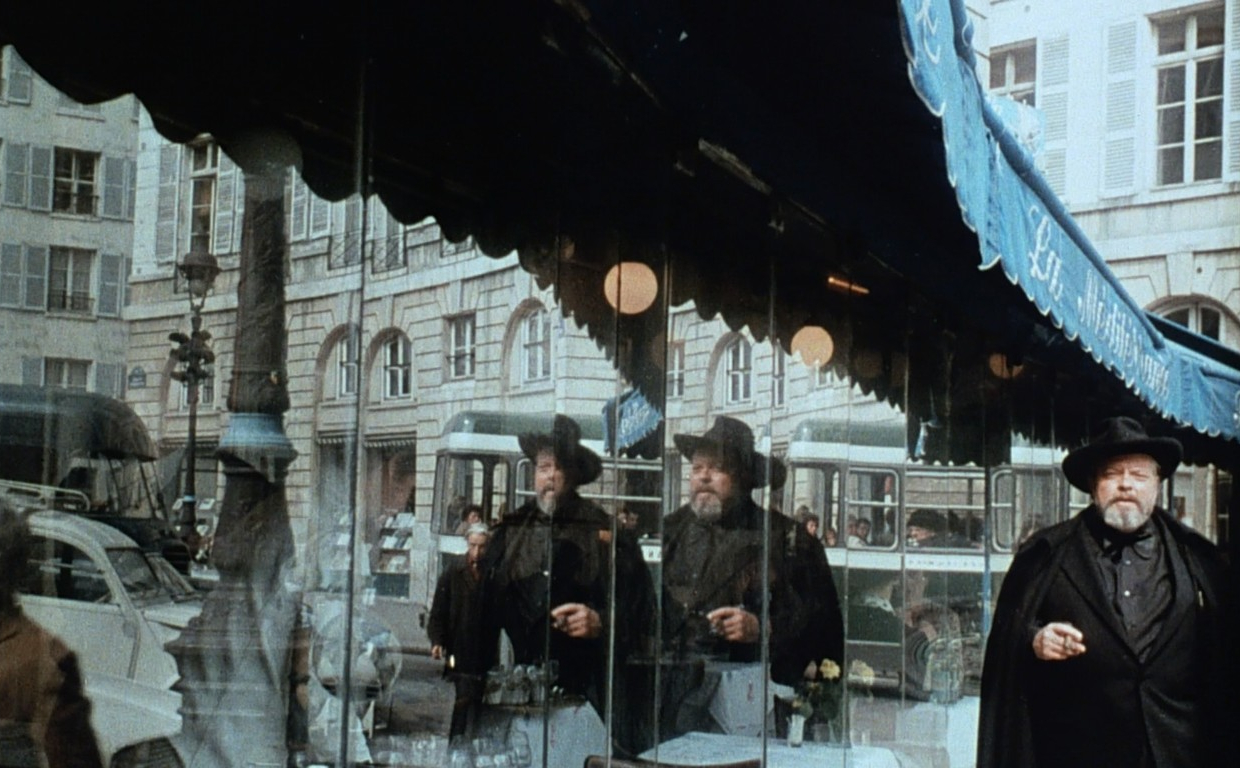 This Blu-ray release from Criterion is very timely, as the next film in the series of ‘fake’ documentary-style essay films planned by Welles has finally been completed and is ready for posthumous release this November on Netflix. Orson Welles finished shooting The Other Side of the Wind in 1976, but was unable to raise the funds to complete editing the footage and died before he could complete it.

It again features Oja Kodar, involves Peter Bogdanovich, and uses a similar format where the multi-strand narrative is compiled from various sources. It’s a documentary format feature about a filmmaker and contains within it an entire film that never existed, cut-up and edited around interviews, candid footage and narrated extracts from books about Jake Hannaford (John Huston) a fictional auteur director (though loosely based on novelist Ernest Hemingway) whose death prevents him from completing his final opus… wow! Talk about meta-fiction and multi-layered narratives. One to watch-out for…

Fact can certainly be stranger than fiction. 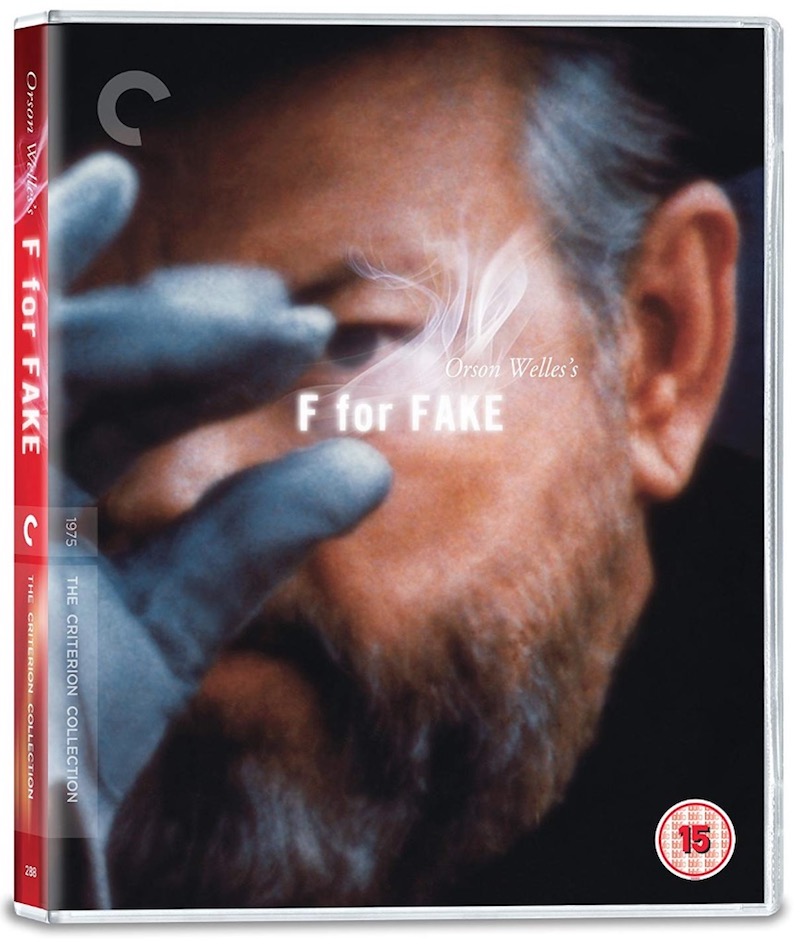