The trick when reviewing old classics is allowing leeway for how filmmaking and society has evolved, then put yourself in the mindset of audiences seeing something for the first time. Les Diabolique (The Devils) is a hugely influential psychological thriller, directed by Henri-Georges Clouzot (Wages of Fear), which has undeniably dated 62 years since its release. But it remains a very important film, and there are things about it that can never grow old: story and characterisation.

Clouzot optioned the rights to Pierre Boileau and Thomas Narcejac’s 1951 novel Celle qui n’était plus (She Who Was No More) after completing Wages of Fear in 1953, beating the great Alfred Hitchcock to the punch. Hitchcock was also interested in adapting the story, and his annoyance was compounded when Clouzot’s resulting movie made such an impact and, in many ways, changed the landscape of thriller filmmaking. Hitchcock was likely inspired by Les Diabolique to bring Robert Bloch’s novel Psycho to the screen in 1960, with the intention of overshadowing his French rival’s achievement. To some extent he achieved this, as Psycho’s become the more famous of the two movies, and arguably the better one, but Hitchcock’s own achievement couldn’t change the historical fact that Les Diabolique was the true game-changer. 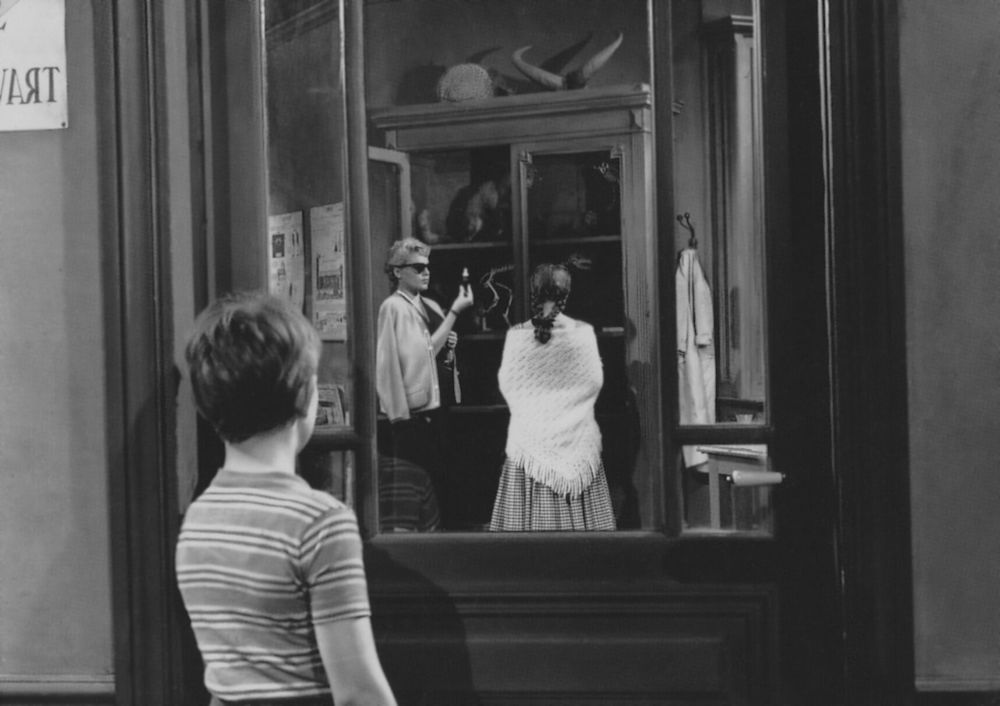 Les Diabolique begins as something of a workplace drama, as we meet the unlikeable headmaster of a rundown boarding school, Michel Delassalle (Paul Meurisse), and his teacher wife Christina (Véra Clouzot, the director’s own spouse). Michel’s an oppressor who takes great pleasure in emotionally abusing the frail Christina, even in public in front of his cowed staff, and is generally unkind to the kids who are taught there. There’s a weird power dynamic in their relationship, as Christina actually owns the school her husband works at, but she isn’t strong enough to stand up to her vile other half’s bullying and philandering.

However, a quirk of their relationship comes to Christina’s rescue. It’s common knowledge that Michel has a glamorous mistress, Nicole Horner (Simon Signoret), who also teaches at the school and has likewise come to detest Michel’s behaviour. Nicole persuades Christina to form a deadly alliance, with a plan to murder their mutual lover by sedating and drowning him in a bathtub, before dumping his body in the school’s swimming pool for someone to find. ‘The best laid plans of mice often go awry’, of course, and when Michel’s dumped corpse vanishes both women try to rationalise the unthinkable…

To say more would, of course, spoil the fun. Despite being over half-a-century old, I’m sure a great many people have never seen Les Diabolique. It’s an old black-and-white subtitled French film, with a 1.33:1 image that doesn’t fill the width of a modern widescreen TV, and even this restored Blu-ray from Criterion lacks the sharpness and detail I’ve seen in other movies of the era. These are understandable but unfortunate reasons for people to delay seeing Les Diabolique, even out of curiosity, but for anyone interested in understanding the history of cinema it’s a notable piece of work. Movies that now seem cliched because they started the cliches shouldn’t be disregarded, so Clouzot’s masterpiece is essential viewing. 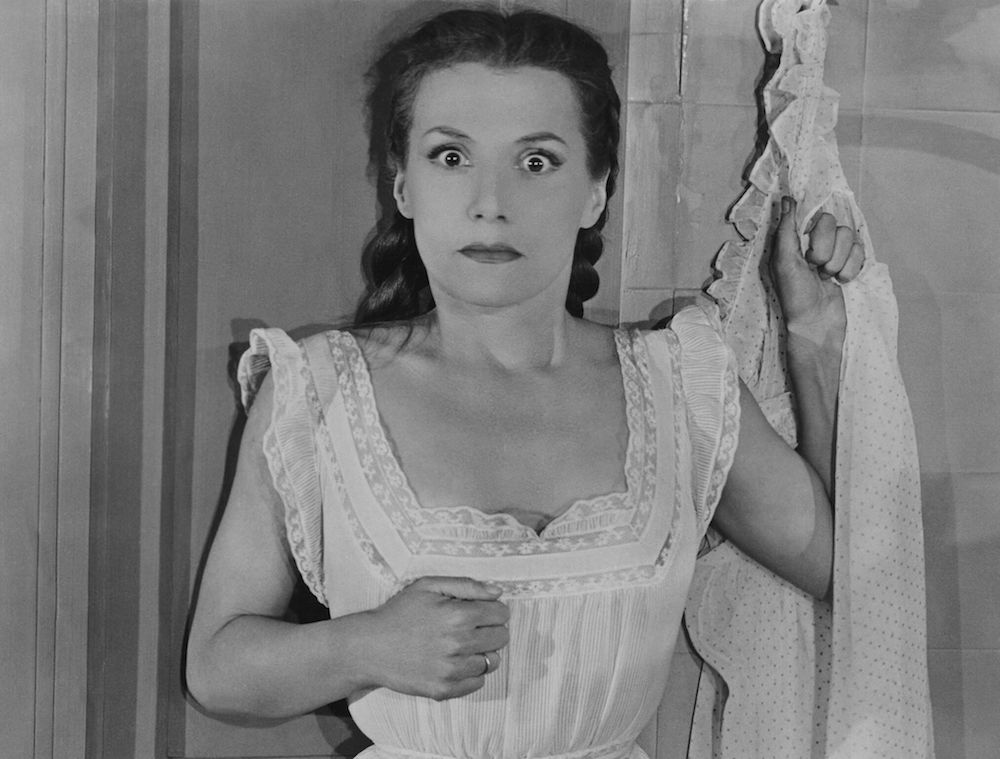 It’s easy to overlook many of the shots and ideas that astonished audiences at the time, because they’re so commonplace now. Simple things like a woman in a white dress running down a dark corridor, a ghostly figure walking in silhouette past illuminating windows, or a face appearing in the background of a photograph, just don’t stand out as anything special decades later, but original audiences were more enchanted and astonished by Clouzot’s visual style. It was fresh and innovative. A few shots will still sear themselves into the memories of newcomers, however; most famously the unnerving ‘bathtub scene’, and a creepy shot of a man removing contact lenses that resemble two halves of a ping pong ball. Both parts of a moment that appears on lists of cinema’s most frightening moments to this day.

But it’s really the story and characters that keep Les Diabolique so watchable, despite a very leisurely pace that was judged so even in the ‘50s. One thing Alfred Hitchcock knew he could never replicate in Hollywood, after seeing Les Diabolique, was its unhurried style and rhythm, which ultimately lends power to the rug-pull ending. The script is a masterful piece of writing, as you’re given so long to outsmart the carefully constructed story, but few viewers will manage to separate themselves from the spell of Clouzot’s pacing long enough to think clearly.

Les Diabolique’s reputation will perhaps lead to disappointment from some people well-versed in the genre, but this is where so many things we take for granted originated. You’ll unfortunately never replicate seeing Clouzot’s movie in 1955, for the first time, but you can still appreciate the performances and a very clever plot that runs like clockwork and ends with one of the very best twist endings. 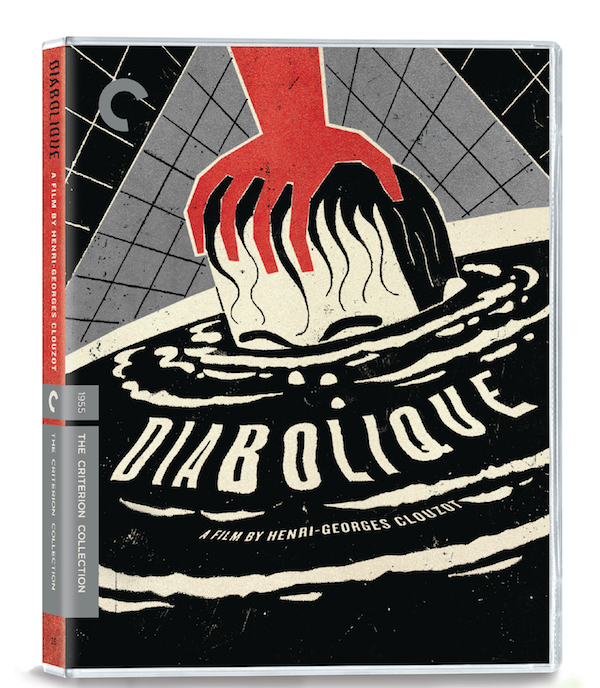