We all have our least favourite characters on TV, and Laurie (Amy Brenneman) has always been mine on The Leftovers. A whole episode dedicated to her didn’t fill me with excitement, but thankfully this season has been telling such an absorbing and unpredictable story that it’s just great to get another hour. And, considering my concerns, it was nevertheless a solid hour, and Brenneman certainly gave a strong performance as the “doubting Thomas” of the group, in an episode flitting between two time periods.

In the first storyline, Laurie had gone with Matt (Christopher Eccleston) to find Nora (Carrie Coon) and Kevin (Justin Theroux), but the latter has disappeared to stay on a ranch with his father Kevin Snr. (Scott Glenn). But with Matt now unconvinced Kevin’s a “saviour” who can cheat death, they instead got tangled into Nora’s situation with the two scientists promising to send grieving people to wherever the Departed went. I didn’t enjoy this half of the episode very much, truth be told, because it felt inelegant that suddenly Matt and Laurie were driving around nighttime suburbs helping Nora spy on charlatans Drs. Eden and Bekker. In some ways it felt like we’re missing an episode, that focused on this story, giving it the room it needed to breathe and convince me. The Leftovers’ final season has lost two episodes from its usual order of 10, and “Certified” felt like an hour where two week’s worth of story had to be compressed into one — with this story suffering the most.

However, it still had its moments. Carrie Coon’s a magnificent actress, so it’s always great just to see her perform on screen, and I loved the scene where had an emotional breakthrough with Laurie over a beach ball anecdote. 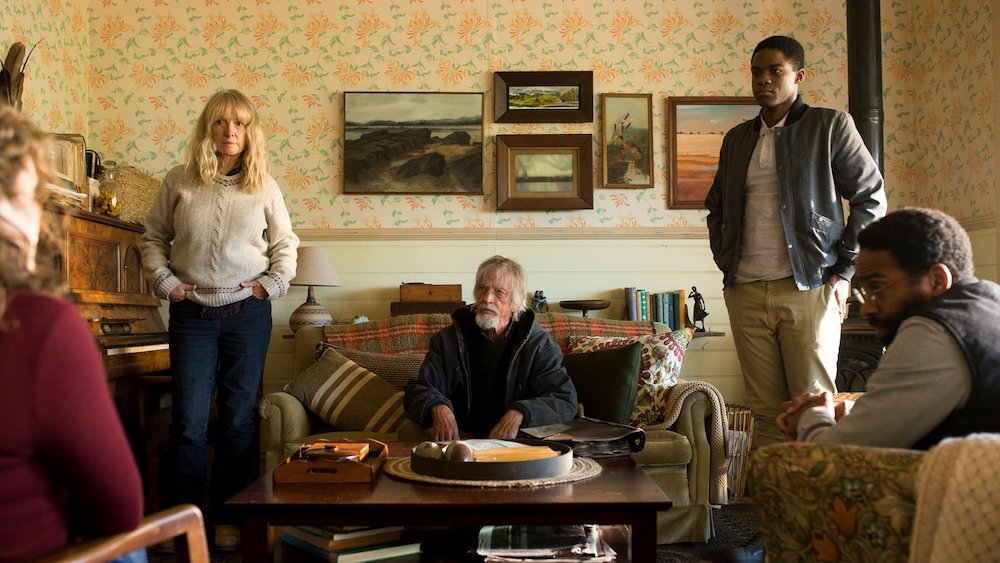 While I wasn’t a fan of how the episode divided its time, it was an effective use of Laurie as the “outsider” character, whom everyone now looks to for answers because she’s a therapist. The burden, for her, has always been that she needs answers herself, and doesn’t always have them for others. The opening sequence was a flashback to the moment Laurie decided to join the Guilty Remnant, when she couldn’t say anything to help a patient’s suffering, and mistakenly thought the GR knew could plug this gap in her knowledge. But, of course, the GR are also just damaged people trying to rationalise what happened when 2% of the population vanished, so since leaving them Laurie’s been trying to reconcile who she is, and what purposes she now serves. And she seemed that purpose here, going back to her therapist training and helping Nora and Kevin in a way that actually worked… or so one assumes, in Kevin’s case. We’ll find out next week.

The main storyline was set after Laurie had left Nora and Matt behind, to confront the scientists as liars. From there, she went to join the rest of her friends on the Outback ranch, arriving to find former in-law Kevin Snr., her husband John (Kevin Carroll), stepson Michael (Jovan Adepo), and Grace (Lindsay Duncan) all preparing for the Second Food. And the details of Kevin Snr’s plan became clearer, as he needs to learn the final chant from aboriginal leader Christopher Sunday, who died, so the only way to get it is for Kevin to die, visit the “afterlife”, and bring the information back in time for the seventh anniversary of the Great Departure. 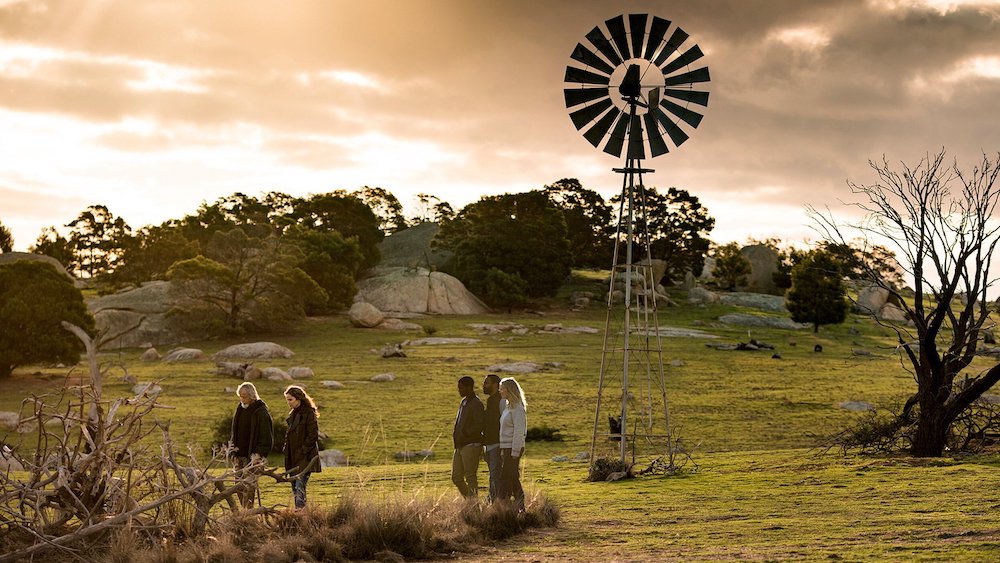 I loved Laurie’s analogy that it’s all very Wizard of Oz, with each of them requiring Kevin to visit the “Emerald City” and fulfil certain missions on their behalf. John, for instance, wants to Kevin to tell Evie that she was loved. Kevin’s gone away to think about their ludicrous sounding plan, which involves him being drowned, and while he’s away it afforded Laurie some time to talk some sense into everyone.

But, cleverly, rather than take the usual approach and condemn them for being nut-cases interpreting random events in Biblical terms, Laurie was more levelheaded and seemed to realise people like John don’t need to be told their fools… they need to be shown it. They need to work through their fantasies to their conclusion, to be able to move past them. So it’s wiser to just let them all get on with things, really. You can’t save those who don’t want to listen.

After knocking everyone out with animal tranquilliser during their “last supper” together, Laurie and Kevin had a heart-to-heart once he returned to the ranch, actually excited to return to the afterlife again. The first experience wasn’t a negative one, it seems. And rather than stop him, she simply bid him farewell and, next day, went SCUBA diving — an activity Nora had earlier described as being the best way to commit suicide because of the numerous ways things can go wrong. The implication is that Laurie’s decided to end her life in Australia, and even a joyous last-minute phone call from her son and daughter isn’t enough to make her change her mind. In some ways, given how she was about to commit suicide right before instead joining the Guilty Remnant, she’s simply going back to her original plan. 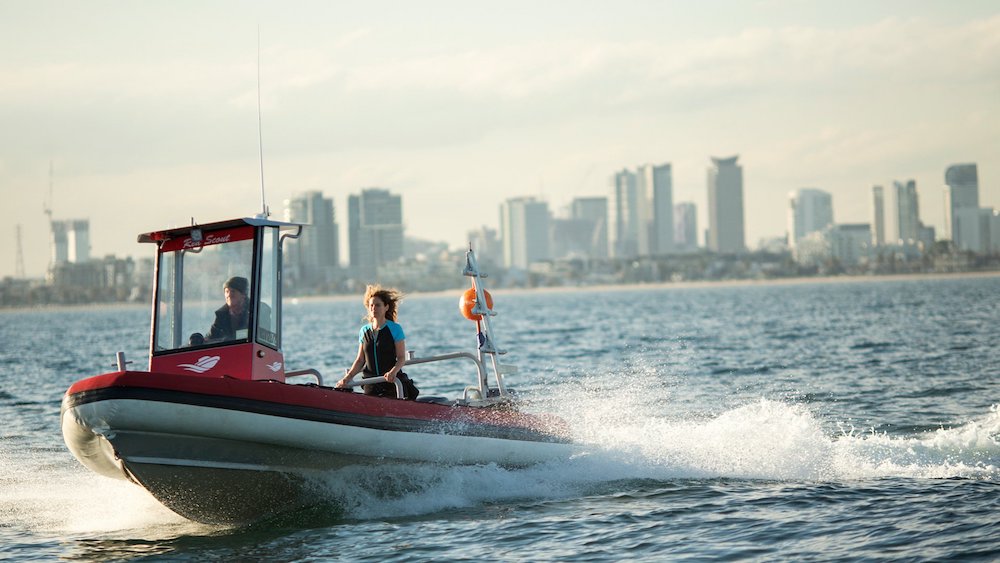 Being honest, I don’t entirely understand Laurie’s thinking in “Certified”. I know she lost her unborn child in the Departure, but otherwise she wasn’t as affected as many others were. I know grief isn’t a competition, but people have miscarriages and move on with their lives, enough to certainly never contemplate suicide. And in recent times, Laurie’s involved with her family a lot better, she’s left the Guilty Remnant cult, she’s on speaking terms with her ex, she’s newly re-married with a new extended family, etc. It seemed a bit odd that Laurie effectively washed her hands of all that, as the SCUBA scene did feel like the climax for her character’s arc. It was an episode very much concerned with suicide.

I don’t read reviews from other critics when I type up my thoughts most weeks, but I wanted to know what the general opinion was of “Certified” after I completed a first draft. And it seems everyone loved this a lot more than me. Some even say it’s the best hour of the season. I don’t agree in the slightest. It was brilliantly written and performed, sure, with all the dark comical touches and moments of raw humanity we love about The Leftovers… but, personally, I couldn’t get a firm enough grip on Laurie’s arc and how it ended. Maybe I just haven’t tracked her arc as well as the others, as she’s a character I’ve never liked very much, mainly because of residual frustration from season 1 with what she was up to. I’m prepared to admit I’m wrong, and may change my opinion if I rewatch the episode, or hear some deeper thoughts about Laurie’s state of mind from those who’ve been following her character more closely, but as of right now “Certified” didn’t strike me as especially strong. It was a decent instalment with some amazing performances in a handful of scenes.