A young boy named Kubo must locate a magical suit of armour worn by his late father in order to defeat a vengeful spirit from the past.

There are many films that even the most committed moviegoer will have missed at the cinema last year. Not only is Kubo and the Two Strings one of the best films of 2016 most people probably didn’t, it’s one of the year’s best full stop. Laika’s gorgeous stop-motion animation is a beautiful and stirring adventure, bolstered by simplicity, elegance, and fantastic characters. Despite its outward appearance, this is unlikely to be wholly suitable for all kids, though, as it deals with slightly more adult themes. It’s a tale of loss, perseverance, and sacrifice, that goes to dark places and doesn’t leave its audience with easy answers to the questions it poses—even if it ultimately finds a way to a powerful and bold conclusion.

Writers Marc Haimes and Chris Butler, inspired by tales from Japanese folklore, have crafted a story with such depth to its core that it’s sure to remind audiences of the tremendous storytelling from Studio Ghibli’s Hayao Miyazaki, even if the animation style is completely different. Kubo and the Two Strings follows the eponymous Kubo (Art Parkinson), who spends his days performing captivating magical displays with his shamisen (a Japanese instrument with three strings) and origami, in the village where he lives, always aware of the foreboding warning from his ailing mother that he can’t stay out after dark. When he does stay out past sundown one evening, his haunting and demonic aunts arrive and Kubo is sent off by his mother to piece together his late father’s magical suit of armour — composed of the “Sword Unbreakable”, “Breastplate Impenetrable” and the “Helmet Invulnerable” — to defend himself against the vengeful spirit of his grandfather. 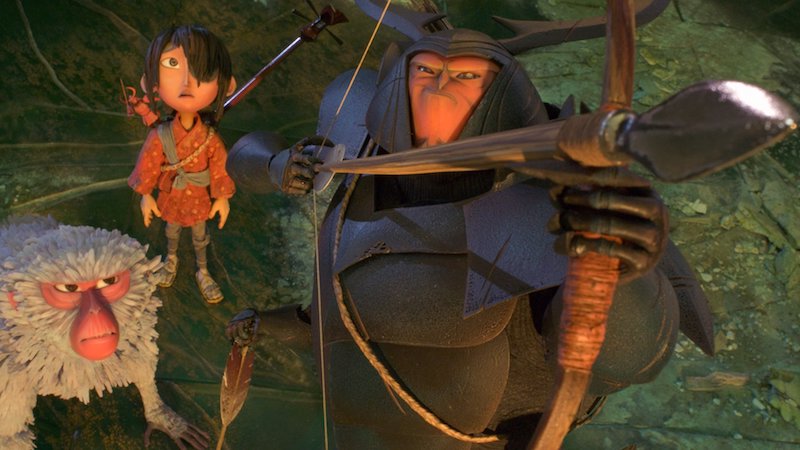 This marks the debut feature of director Travis Knight and, in many ways, the story follows the classic hero’s journey outline. It’s ambitious within that template, though, and it does a lot to stay exhilarating, emotional, and rather unpredictable. The animation is nothing short of extraordinary, and you can’t help but be in awe of the incredible level of patience it takes to put together something so detailed with stop-motion and yet still have the end result feel so epic and spectacular. There are tense battles on the raging seas, complex mystical creatures, and a boat made entirely out of thousands of autumnal leaves, just for starters. These challenges would be great enough in any digital animation, and are all the more impressive when created in stop-motion. 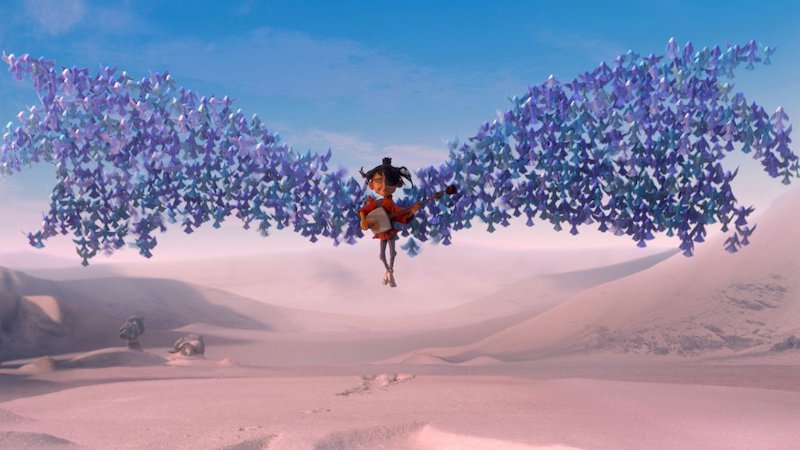 Kubo’s not alone on his journey, as he’s joined by his guardian Monkey (Charlize Theron), a tiny monkey charm given life and physical form through his mother’s magic. Monkey is a no-nonsense protector committed to helping Kubo find the armour so he can fight the evil that’s coming for him. They’re soon joined by Beetle (Matthew McConaughey), a forgetful samurai who’s been forced into the form of a beetle by an ancient curse. Upon discovering that Kubo is the son of a renowned warrior named Hanzo, Beetle pledges to help him on his quest. 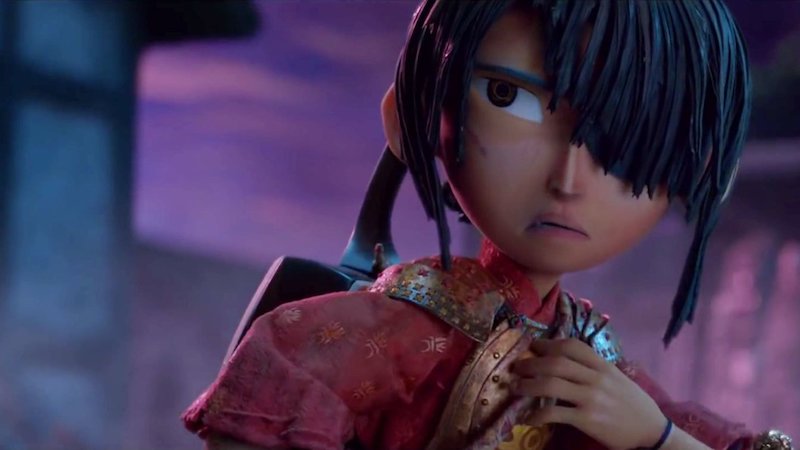 While the story is a dark one, and the animated look of the characters makes them edgy rather than cute, Kubo and the Two Strings isn’t devoid of humour. It’s a tale with real heart, and that shows in the interactions between its characters and the relationships that are developed during the story. The banter between the central trio of Kubo, Monkey, and Beetle is one of the best aspects of the movie, and something that only grows more enjoyable as it goes on. It’s also a dynamic that develops real emotional resonance as we learn more about Kubo’s past, as this story is deeply invested in the idea of family, legacy, and the lessons we learn from our parents. One of its core themes is about facing your deepest fears, something that could seem trite in other films but is really moving and compelling in Kubo. 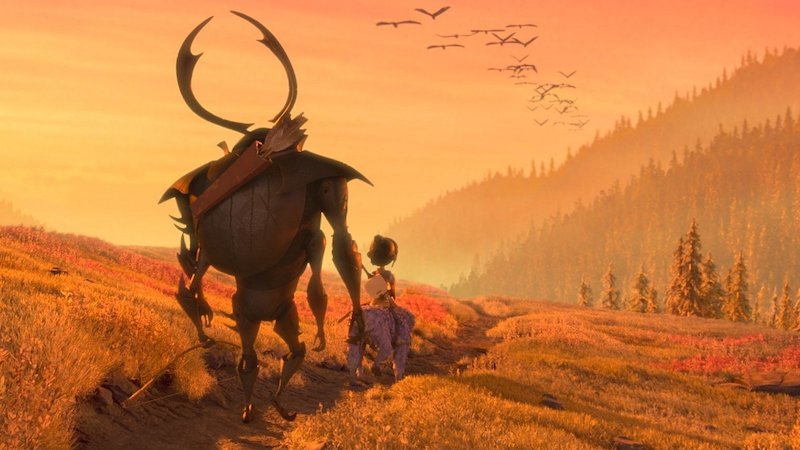 There are elements to Kubo and the Two Strings that are genuinely frightening, too, especially in the appearance of Kubo’s ghostly aunts (both voiced by Rooney Mara). The sinister relatives wear incredibly creepy symmetrical and expressionless masks, and appear consistently throughout the film to fight the protagonists and stall the progress of their journey. And when these battles happen they feel like they have weight, just as much as when Kubo and his compatriots face off against bizarre magical creatures in order to collect the pieces of the armour. Creating wondrous pieces of animated action is difficult enough at any time, but an even greater task to accomplish in stop-motion. Here, it’s seamless. This is a magnificent testament to what can be achieved with a detail-oriented approach, with the film successfully blurring the line between cutting-edge visual effects (3D printers were used to create every imaginable facial expression for the characters) and painstakingly specific stop-motion work (the puppets were still always moved physically within their environment).

This film is an ambitious and impressive feat of animation and artistry that has a dazzling approach to visuals and comes with a soaring musical score. That alone would be enough to make it worth recognising, but that it has such an emotionally powerful and heartfelt story, with wonderful characters and engaging themes, makes it something truly special. It’s easily 2016’s best animated film, and while it’s not necessarily a story suitable for younger children it does have such a well-balanced tone and is so full of imagination and wit it’ll be immensely rewarding for kids and adults alike.