HBO’s Girls started as an Emmy darling. It was bold and it had something to say, but now it appears to be a Conservative whipping boy that might just go down in history for being the TV show that made Adam Driver famous. The show never reached the heights of Sex and the City — and, now in its fifth season, shows no interest in courting new friends, much like its four leading ladies.

The premiere opens with Marnie’s (Allison Williams) wedding to Desi (Ebon Moss-Bachrach), which reunites the central quartet. Upon seeing the girls together in the same room you realise how little time the girls had together throughout season 4 (a problem that continues this year), which is in stark contrast to season 1. The opening, “Wedding Day”, explains where the girls are in their lives: from Hannah’s (Lena Dunham) relationship with the possibly only normal character Fran (TL); Shosh’s (Zosia Mamet) Japanization; and Jessa’s (Jemima Kirke) evolution into an almost fully rounded human being. This first episode is a great re-introduction that perfectly categories the worst aspect of every one of its leads; from Marnie’s obsessive need to have control, to Hannah’s need to be centre of attention. 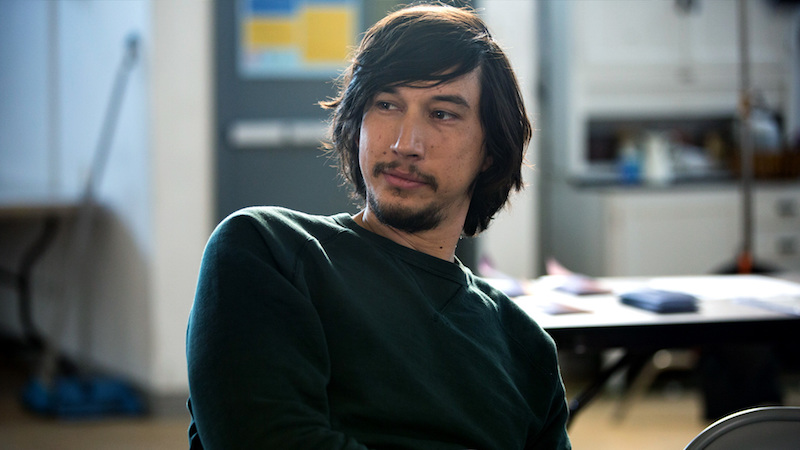 Unfortunately, following “Wedding Day”, the foursome are rarely seen together on screen for the rest of the season. Girls instead shifts into disparate narratives, but creator Dunham’s character Hannah is still the only person with a full arc in nearly every episode, with well-rounded storylines. It’s just a shame Hannah’s someone it’s the least enjoyable to spend time with. While she was once a realistic yet narcissistic character, at this point she’s just plain annoying — a feat not helped by Dunham’s own off-screen persona. The storyline with her father’s (Peter Scolari) sexual exploration is one of the joys of season 5, sure, but it never has enough time to evolve.

Dunham’s constant need to appear naked on camera started as a liberating cheer for non-sample sized women, but has now become a tiresome and unnecessary gimmick. It largely seems to exist as fuel for feminist bloggers. There are a few moments, due to her terrible ‘nice guy’ boyfriend Fran, where you almost feel sorry for Hannah, but these are usually temporary sentiments.

Shosanna is still one of the most interesting and underused characters on Girl. The third all-Shosh episode isn’t quite the showcase Mamet deserves, but her character’s arrested development in Tokyo is a great use of her skills. It’s pleasing to see Girls use the trope of dropping a lead character into a new, uncomfortable situation which allows them to flourish. By episode five, “Queen for Two Days” she is by far the most realistic character and the easiest to connect with — with an arc that doesn’t involve sex and men. A Shosanna spin-off series set in Tokyo could be a great idea because the writers sure as hell don’t know what to do with Shosh in New York. 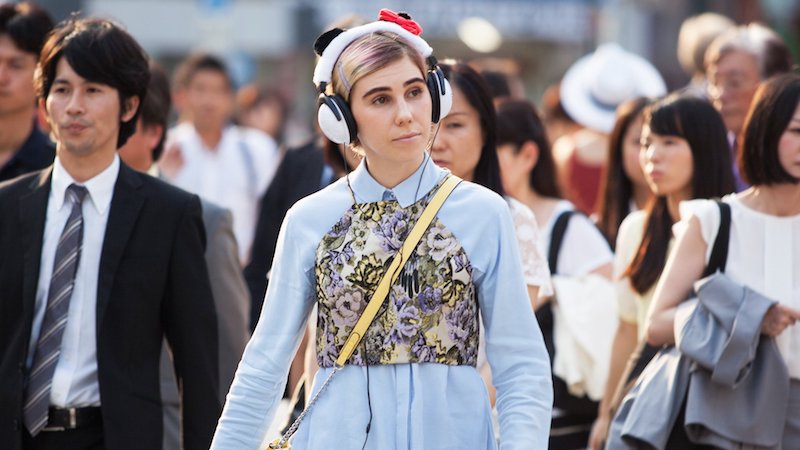 Jessa has always been the closest this show drifted to ‘Manic Pixie Dream Girl’ stock characterisation, but her relationship with Adam (Adam Driver) gives her something to do that’s not being cool in the background of a scene. Driver steals every scene he’s in with his understated charm and threat of an explosive temper, too, and it’s abundantly clear why he’s the cast member with the most successful careers beyond the show.

Ray’s (Alex Karpovsky) political career, which was a highlight of season 4, is thrown aside this year, and both of the women he’s had relationships with are nowhere to be seen, which means he’s left to mindlessly walk about his coffee shop. Ray as a character may be lost but when he does appear he’s a misanthropic joy, played wonderfully by Karpovsky. Elijah (Andrew Rannell) finally gets to make the most of his upgrade to cast regular with a plot that isn’t just flamboyant comedy sidekick, although both males feel like they’re here to make up the numbers. Hannah’s new boyfriend Fran (Jake Lacy) is entirely forgettable, unfortunately, as playing the nice normal guy means he becomes the ultimate side character who somehow manages to be both unlikable and forgettable. And finally, Marnie’s new husband Desi is played mostly for comedy but feels more like a character from Portlandia. 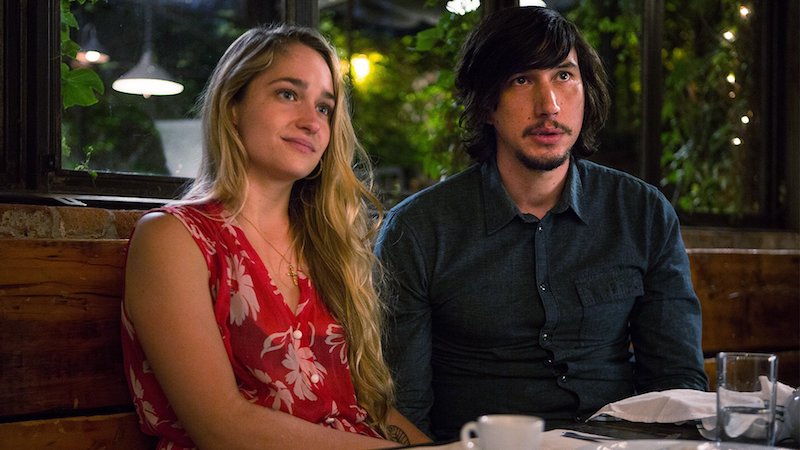 The critically acclaimed sixth episode, “The Panic in Central Park”, is reminiscent of season 2’s “One Man’s Trash,” in how it follows only one character for the whole episode and narrates one night of their life. This episode is the best of Marnie we’ve seen in years, possibly ever, but sadly this is the last of seeing a relatable Marnie. This episode has hints of Broad City to it; a random collection of mad incidents that involves stealing a boat and scamming an old man who presumes Marnie is a prostitute. After episode 6 she becomes whiny, self-centred, and possibly even more unlikable then Hannah, which is an achievement in itself. Marnie goes on honeymoon and is absent during the first half of season 7, and isn’t missed.

Anyone who didn’t see the early season’s commentary on millennials and their annoying inflections may still find some enjoyable subplots; like Ray’s run in’s with an overtly PC coffee shop rival, Hannah’s father finding sex partners online, or Hannah finding naked selfie’s of Jesse’s exes on his phone. Using 21st-century concerns gives these characters empathetic nuances that do more for them than the usual hollow shouting matches and bad sex scenes. The theme of season 5 seems to revolve around the desire of getting what you want and how that never quite delivers a fairy tale ‘happy ever after’, especially in episode 4’s “Old Loves”. This question becomes hugely emotional by and I won’t pretend that at least one tear wasn’t shed during the season. My issue is these characters are stuck in arrested development, so their problems are the same and the resolutions just haven’t evolved. Season 5 should have expanded their issues beyond sex, money, and work. 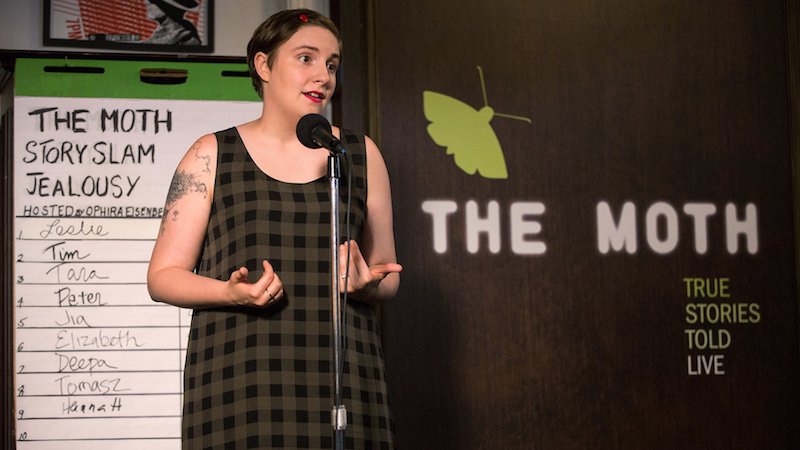 There are so many subplots and lives interweaving that some are underdeveloped. There’s a storyline with Adam’s sister that should have been taken more seriously, and could have been a nice reason to speak up about mental health. Elijah’s famous new TV anchor boyfriend (Corey Stoll) could have been an excuse to explore the concept of being rich and famous, and the fake hangers-on that come with it, but instead it feels like an excuse to just have gay sex scenes.

It appears some of these characters have become caricatures of New Yorkers now, but watching them struggle and be generally terrible is more fun this season than it’s been for awhile. The humour is a little sharper, the characters more consistent, and the narrative better paced than recent seasons. Perhaps the best thing about season 5 of Girls is there’s no attempt to mirror the real lives of millennials, as the aim instead is to entertain and present a watchable narrative. It succeeds on that score.

SCREAM: THE TV SERIES – Season One