Early reviews suggested that Joe Wright’s Peter Pan prequel (which purports to tell how he became The Boy Who Never Grew Up) was a disaster on par with infamous 1987 flop Ishtar. It was apparently an overblown mess, which failed at being either a decent children’s movie or an enlightening origin tale. Indeed, a piece in Variety even asked whether Pan was a big enough disaster to herald the end of all origin stories? Yet, here’s the thing: I didn’t hate it.

It’s possible that my critical faculties have been dulled by years of having to sit through similar movies aimed at kids, but Pan is innocuous family fun. It wasn’t sparkling with wit, true, but it looked very pretty (Wright is always wonderful with crafting beautiful worlds), contained some exciting set pieces (most notably an airborne pirate ship battle), and Levi Miller made for an engaging and unsentimental Peter. It’s not a great film but at least it’s not as bad as Steven Spielberg’s horrifically saccharine take, 1991’s Hook, which turned Peter Pan into a middle-aged schlub who just needs to remember how to feel. 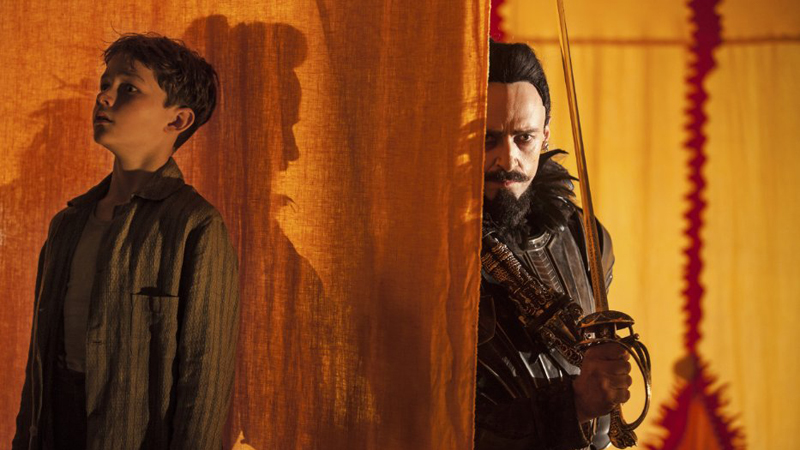 There are problems, certainly. The casting of The Girl with the Dragon Tattoo’s Rooney Mara as Native American princess Tiger Lily is an awful embarrassment, and one Mara herself seems all too aware of. Wright has defended it by saying Pan’s particular tribe represents all indigenous people of the world, which would possibly work better as a defence if Mara wasn’t so very, very white. It’s also true that the film comes across as a mishmash of every great adventure movie you’ve ever seen: with clear hints of Indiana Jones and the Temple of Doom, Raiders of the Lost Ark, Star Wars, and particularly Return of the Jedi. It also shares DNA with that other piece of overblown Hollywood bombast, Pirates of the Caribbean; less a movie than an entertaining ride for the eyes.

As the dastardly pirate Blackbeard, X-Men’s Hugh Jackman turns the dial up way past eleven and just about makes it work, while Tron Legacy’s Garrett Hedland appears to play the young Captain Hook as a hybrid of Han Solo and Indiana Jones—a decision which may pay off in career terms should the need for a Harrison Ford impersonator arise, although it only made me long for the old school Hook: an Englishman of crooked wit and charm, who’s more Flashman than Space Cowboy. 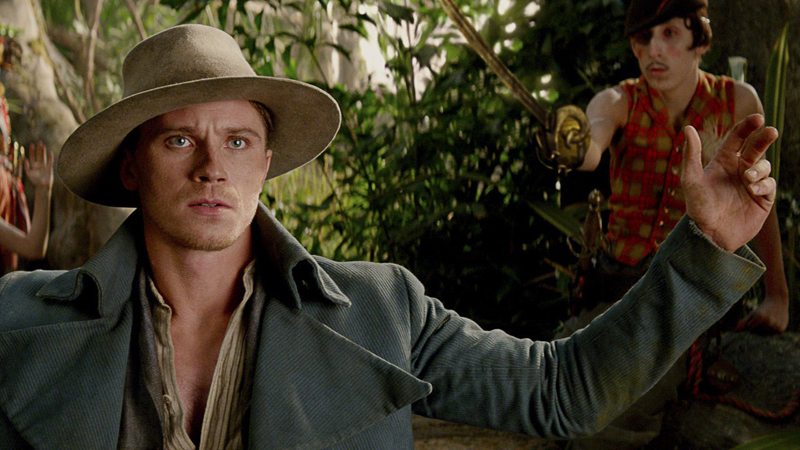 But there are some good points. The opening sequence, with young Peter in the orphanage, is a very nice accomplishment, as are all the flying pirate ships. Unlike other critics, I also quite enjoyed the “Smells Like Teen Spirit” chanting scene, while Miller’s performance is cheeky enough to paper over many of the story’s cracks. The actual children I went with were utterly transfixed, it must be said.

Ultimately, though, this is a film let down by its own story: a convoluted tale of ‘pixum’ mines and Peter being not a Lost Boy but the ‘Special One’. It’s a hodgepodge of ideas, stitched together from a thousand different tales, aiming for magic but lacking J.M Barrie’s streak of cruelty which dooms it to failure. Depressingly, if each version of the Peter Pan story reflects the truth about the generation making it, then we’re the generation who can’t strip visual effects away to let the storytelling magic breathe. Wright throws everything and the kitchen sink at his film, in a feeling of creative desperation, making Pan so overburdened it never takes flight.