There’s no way to argue otherwise; the main reason a Fantastic Four reboot’s been made is so the rights can stay with 20th Century Fox. The situation is strikingly similar to why The Amazing Spider-Man was made by Sony (so soon after Sam Raimi’s trilogy ended), and it’s why this film will probably get a sequel, regardless of its box office performance and reception from audiences. Rights retention is easily the least exciting reason to make a film, and it shouldn’t come as a surprise that Josh Trank’s superhero dud is such a soulless endeavour.

That’s because it’s never able to commit to what it wants to be. Director Josh Trank (Chronicle) tries to make it a loose, easygoing indie comedy at times, but also wants it to be dark, gritty and serious. The film can’t avoid the cheesiness of the comic-book source material, but it also desperately wants to update it for modern blockbuster sensibilities. The result is awkward, mostly in how those two directions are stitched together. You can feel the cuts happened in the editing room as you watch, and nothing about the story ever moves naturally. 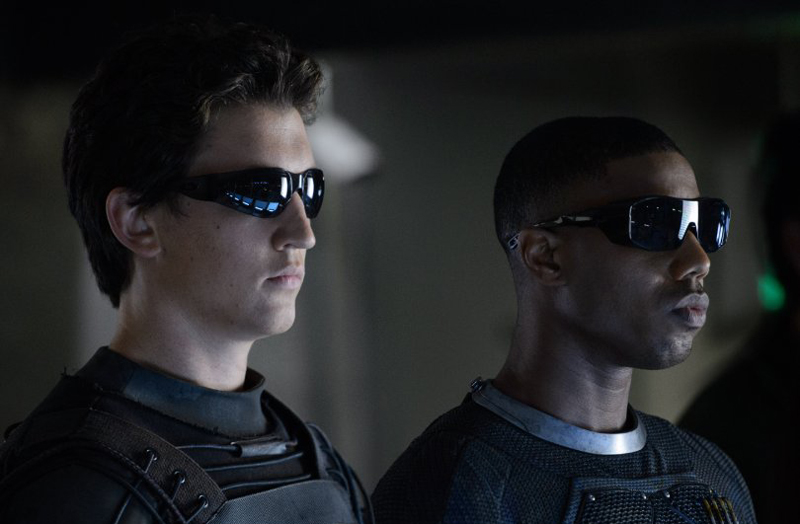 The story is that of genius Reed Richards (Miles Teller) and how he’s recruited by scientists to build a machine to enable travel between dimensions. As a child, Reed created the same machine in his garage with the help of his best-friend Ben Grimm (Jamie Bell), but he ends up working on the large-scale project as an adult with Sue Storm (Kate Mara), her brother Johnny Storm (Michael B. Jordan), and Victor Von Doom (Toby Kebbell). Upon completion of the cutting-edge project, a visit to the alternate dimension goes awry that bestows unexplained abilities upon all five; turning Reed’s body stretchy, Grimm into a ‘Thing’ of rocks, Sue invisible, Johnny into a flying ‘human torch’, and Von Doom into a metallic villain hellbent on destroying the world.

There’s more to it than that, obviously, but it’s plain to see the formulaic origin story template at work. There are attempts to bring extra resonance to proceedings, especially in its handling of the characters and their interactions, but not much works here. The cast is relatively strong, with a winning dynamic and commitment to their iconic roles. It’s just a shame the script gives them barely anything beyond expository dialogue to play with, and that their archetypes are a tad too familiar. At no point are Fantastic Four’s characters or plot developments capable of surprise. 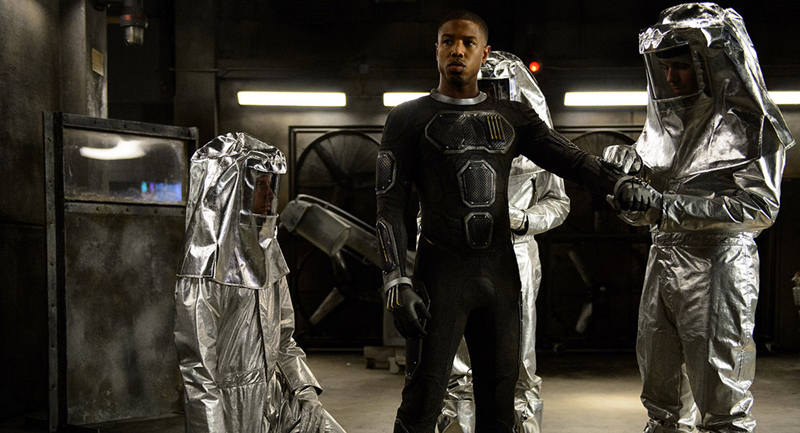 Crucially, this feels like a film that doesn’t know what’s interesting about its own story. A dead giveaway being the screenplay not appearing to have a good sense of when this story should begin. The plot begins with Reed and Ben as kids in a science class, but you don’t get any sense that it needed to start there. There’s also an inexplicably stupid time-jump at exactly the point when the characters are becoming a compelling group; with a misguided fade to black and “one year later” title card appearing just when they should be experimenting and enjoying their newfound powers.

At least during its early stages, Fantastic Four isn’t disastrous. The extent to which it tails off into a whimpering conclusion is almost impressive after the opening forty-minutes. The scenes of the foursome getting their powers are unusual in an interesting way; as Trank uses the visual language of horror to present how painful and frightening it might be to transform into bizarre beings. There’s also a pleasing amount of shock to Doom’s appearance and his ruthless and brutal power, but it’s all for nought as he’s a dull villain killing non-characters we don’t care about. 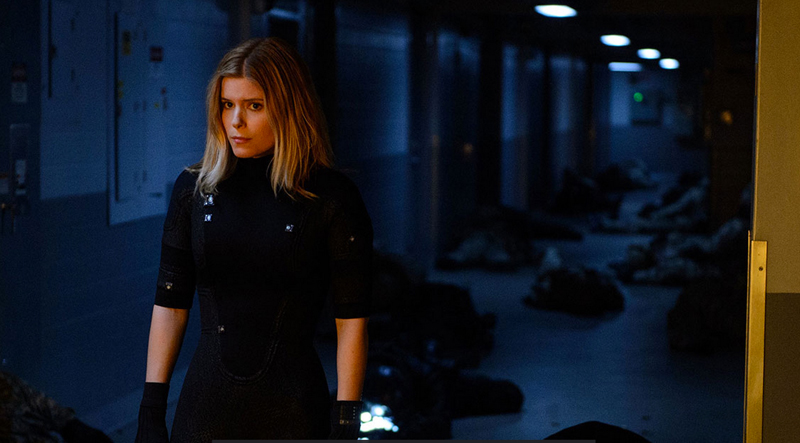 Things start to go wrong in the second act, but it’s during the third where they fall completely to pieces. For a superhero adventure, Fantastic Four is refreshingly short, clocking in at 1 hour 46 minutes, but it’s atrociously paced. You’ll be asking yourself “is that it?” after the big finale; not only because it feels so brief and small-scale, but because nothing much seems to happen. It’s like writers Simon Kinberg, Jeremy Slater and Trank thought they had more time left than they did, and then had to rush their ending. This is most likely the result of extensive reshoots and studio interference, amidst rumours of a difficult shoot with Trank’s on-set behaviour.

Thematically, Fantastic Four wants to be about the dangers of arrogance and scientific exploration, and it positions Doom as someone who believes those who treat the planet irresponsibly no longer deserve to exist in a place of such bountiful resources. It shows an interest in some fascinating ideas, but they’ve all been explored better in recent years in this overexposed genre.

There’s enough promise to call Fantastic Four a valiant effort at updating Marvel’s ‘first family’ for the modern age. But effort is all it is, as the execution is badly fumbled.