I’ve been a Dylan McDermott fan for longer than I care to remember. From The Practice back in the late-1990s to shorter runs in Stalker and Hostages, I’ve always found McDermott to be an enjoyable and reliable actor with a versatility that allows him to take on a range of roles. He’s now best-known for his American Horror Story appearances, back when that FX horror drama had an undeniable buzz.

The key to McDermott’s success has often been in his screen partnerships, having worked with the likes of Julia Roberts, Connie Britton, Julianna Margulies, and Maggie Q. In his latest project, indie film Josie, he again captures chemistry to drive the story—this time with Game of Thrones star Sophie Turner. World’s apart from her celebrated role as Sansa Stark, Turner’s eponymous role affords her an opportunity to shine away from a big ensemble. 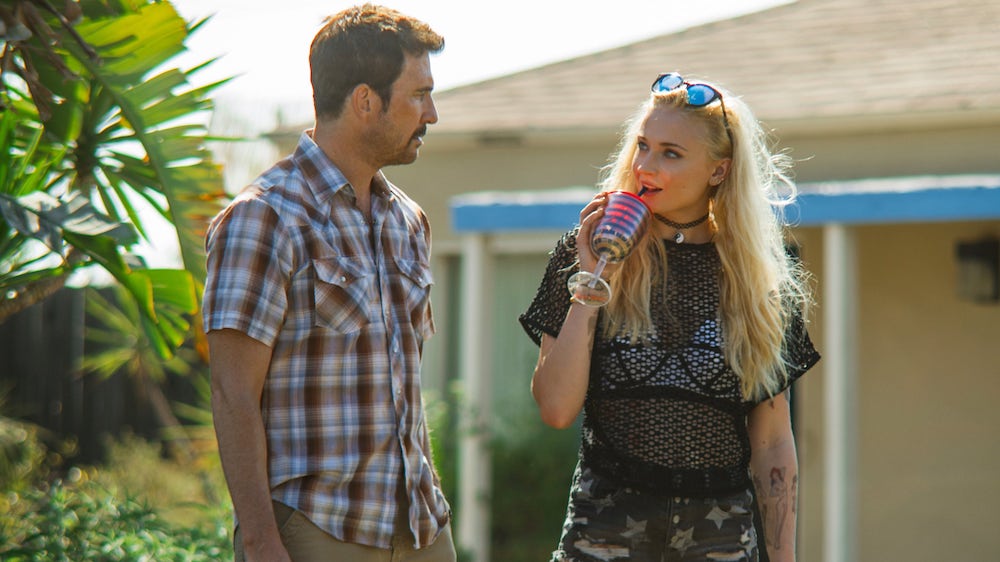 With two strong talents leading the way, I had high hopes for Josie, particularly with Kurt Fuller involves. He’s one of those actors I’m always happy to see pop up, too. Sadly, Josie is a swing and miss. It feels like everyone’s trying their absolute best to deliver the story in an impactful way, and yet they’re let down by weak dialogue and tired twists. I don’t want to be too harsh and say it feels like something a media student would’ve written, but it definitely has a vibe of trying to be clever but not knowing how to execute its ideas properly.

The story unsurprisingly follows Josie (Turner), a young girl who moves in an opposite to Hank (McDermott) and develops an intriguing friendship with him. They both have skeletons in their closets and personal issues to deal with and it feels like they’ve been drawn together by their difficult lives. Hank lives alone, haunted by his past job helping put prisoners to death and, in particular, one man who was proven innocent after the fact. Josie’s moved to the area for school yet suspiciously lives alone, due to be joined by her family sometime later. While on the surface their friendship is completely innocent, the neighbours certainly have their suspicions about it, as Josie manages to bring Hank out of his shell when he’s around them. 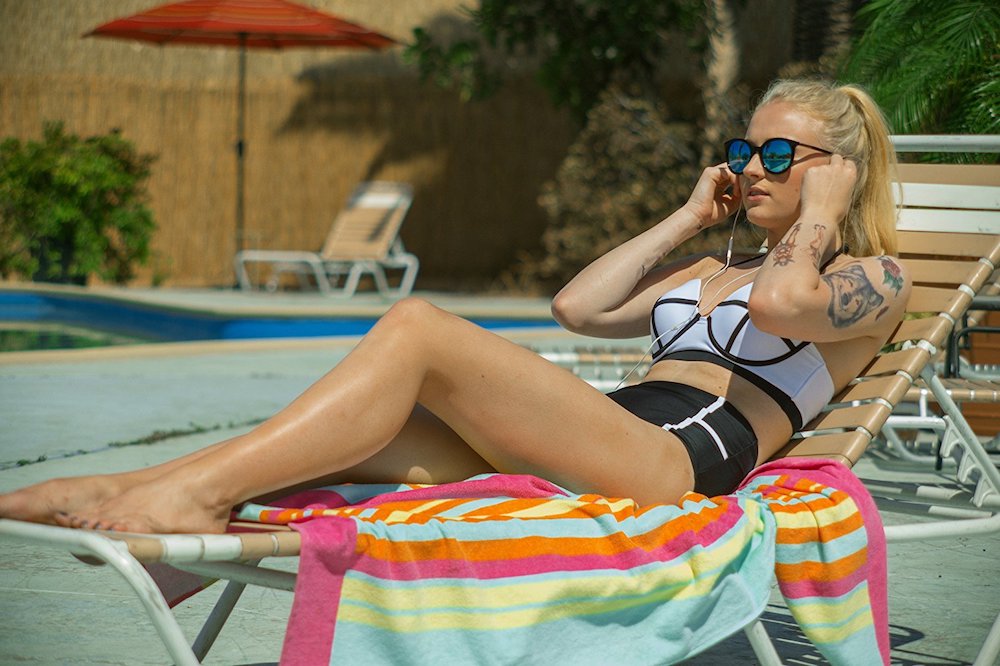 Difficulties arise between Hank and Josie when she becomes involved with Marcus (Jack Kilmer) at school, someone who’d harass Hank when he works at the school trying to monitor the behaviour of the kids. This confusing triangle takes them all to surprising and challenging places in the end, with the story turning a whole lot darker than it started. I enjoyed getting to know the characters and found Hank and Josie’s friendship to be an intriguing dynamic while ignoring the potential sexual connotations of everything. It’s never explicitly stated but there’s a whole lot of suggestion to what their relationship’s about, and that part doesn’t sit too well.

As for McDermott, it’s hard to tell whether he’s miscast or the script isn’t strong enough, as Josie is another of his more disappointing projects. He works well alongside Turner and their friendship feels believable, but there are parts of the story that don’t click or make much sense. If you’re trying to be clever with a story you need it to stand up to scrutiny. The resume of director Eric England isn’t anything remarkable, and Josie is unlikely to catapult him onto bigger and better things.

It’s hard to criticise Turner in the lead role because she carries the film well, but you’re left hoping she’ll find better projects in the future. Josie’s a film with a watchable two-thirds which then undoes the groundwork with an almost nonsensical and unsatisfying resolution.