It’s fair to say John Carpenter’s sequel to his cult classic Escape From New York (1981) has a bad reputation. I think that’s down to two of its most glaring issues: it’s more rehash than a sequel (so people were disappointed they weren’t getting a fresh adventure), and the digital effects are astonishingly poor. Carpenter is no stranger to working with low budgets, but he usually tackled the problem by being selective about what appears on camera and implying what was too costly. But, perhaps overconfident about getting $50 million to play with (twice what the original cost), Carpenter goes for broke and, as a result, most of the effects in Escape From L.A were horrendous by 1996 standards and are today shamed by Sharknado.

The bigger issue of how closely L.A sticks to NY’s template? I’m more forgiving about it, and that wasn’t always the case. One of my biggest complaints about this movie, when I first saw it on video, was how it was just a bigger, sillier re-tread of the first movie. Once again, monocular Snake Plissken (Kurt Russell) is captured by the US government, injected with a lethal but slow-acting poison, then ordered to retrieve a MacGuffin from inside an urban hellhole that’s become separated from the mainland. It made a weird kind of sense to imagine ’80s Manhattan would become an enormous prison some day, but an earthquake flooding the San Fernando Valley and turning the City of Angels into an island is tougher to swallow. 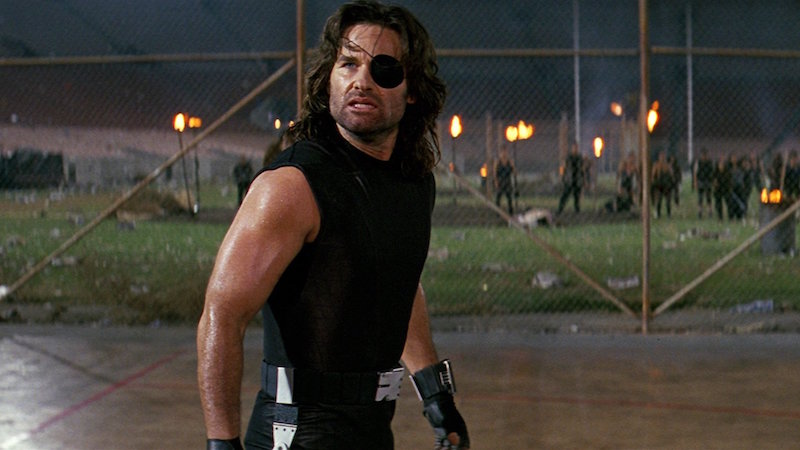 However, putting aside these two issues, and watching Escape From L.A 20 years after it was released and only clawed back half its budget, my opinion of this movie has softened a touch. Carpenter himself claims the sequel is “ten times” better than the original, and that audiences just weren’t interested in seeing another Escape movie in ’96; and, while I don’t fully agree with him, I can see where he’s coming from. In a lot of ways, this is a far better movie. It’s faster paced and has a more satisfying ending, perfectly attuned to what Snake Plissken would do as a final ‘fuck you’. He makes a morally sour and selfish decision, in true anti-hero style, and I love it.

However, putting aside my biggest frustrations, and watching Escape From L.A 20 years after it clawed back only half its budget at the cinema, my opinion of the movie has softened. Carpenter himself claims this sequel is “ten times” better than the original, and that audiences just weren’t interested in seeing another Escape movie in 1996; and, while I don’t fully agree with him, I can see where he’s coming from. In a lot of ways, this is a much better movie. It’s paced better and has a more satisfying downbeat ending, that’s perfectly attuned to what Snake Plissken would do as a final ‘fuck you’. He makes a morally sour and selfish decision, in true anti-hero style, and I love it. 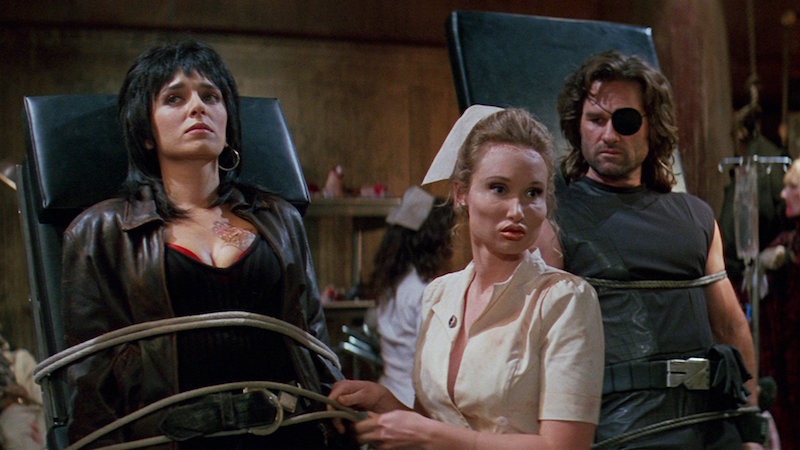 I wish more of this movie was as great as the ending, but it does have a lot of fun ideas swirling around. It’s helped that my knowledge of L.A culture and its landmarks has increased over the decades, as more of the story’s humour and social weirdness shined through this time. I especially liked the idea of the Surgeon General of Beverley Hills (Bruce Campbell) harvesting body parts, surrounded by nurses with angular or bloated faces because of their terrible face-lifts.

Los Angeles is a town built around show business and unreality, so it feels fair that this sequel is ridiculous and extravagant. When Snake was sent into the Big Apple, the city had become a breeding ground for criminals exactly like him, so he was a perfect man for an undercover rescue mission. But when Snake’s sent into the City of Angels, he’s more of an outsider having to adjust to the environment and learn this society’s rules — requiring not one, but two guides in ‘Map To The Stars Eddie’ (Steve Buscemi) and local girl Taslima (Valeria Golino).

It’s said that Escape From L.A only got made because Russell wanted to play Snake again, but also because 1994’s L.A riots suggested a timely location to imagine a crumbling society the rest of the nation might turn its back on. (And sure, Carpenter needing a big fat hit after a string of ’90s flops didn’t hurt, either.) In this imaginary future (of 2013), we learn that everyday life in America is free of vices, including smoking and red meat, so in many ways the fun has been taken away from the Land of the Free — and what better was to demonstrate that than by turning Disneyland into a ghetto full of hoodlums? It’s just a shame the satire of seeing L.A reimagined as a living Hell obviously couldn’t get permission to use Mickey Mouse and Donald Duck in an imaginative edgy way. The best we get is a brief shot of a real shark marauding around an underwater Universal Studios, as Spielberg’s Jaws come to life. 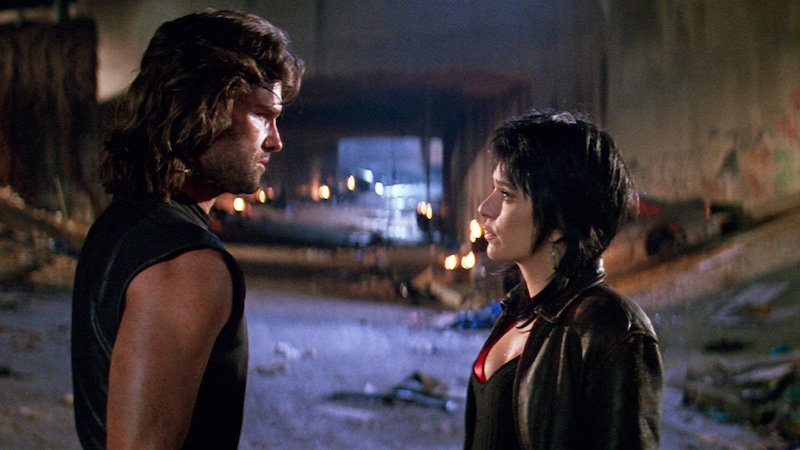 The real problem with Escape To L.A isn’t the weak FX or the unfortunate repetition, it’s how everything’s a lot messier and the tone’s lighter. There’s an elegant simplicity to New York that’s missing here. Snake’s first mission was to rescue the President of the United States after he’d ejected from Air Force One over the metropolis, but here it’s to find a super-weapon that’s fallen into the hands of a Peruvian revolutionary who seduced the President’s daughter via holographic chit-chat. It’s needlessly convoluted because they’d already used the best version of this movie’s idea, and it might have been excused if the daughter, Utopia (A.J Langer), and her lover Cuervo Jones (Georges Corraface), had been given an interesting relationship to play. Alas, no.

His filmmaking legacy already assured thanks to his output in the ’70s and ’80s, Carpenter never found a way to keep himself relevant in the ’90s. And after a run of duds that began with Memoirs of an Invisible Man (1992), he never recovered from Escape From L.A’s box office failure. Vampires (1998) and Ghosts of Mars (2001) were infinitely worse movies, and he’s done very little since. The strange thing is, I think modern audiences are ready for another Escape movie, so the long-rumoured remake can’t be too far away…