Beautiful Boy is a realistic but occasionally dull portrayal of how drugs can tear families apart. Based on two memoirs from a father and son dealing with crystal meth’s effects on friendships, relationships, and people’s lives, it’s unfortunately told in a disorientating time-jump format.

Freelance writer David Sheff (Steve Carell) realises his otherwise perfect son, Nic (Timothée Chalamet), is playing around with drugs and things are becoming more serious than he realises. David tries to help Nic by putting him in rehab, but even that fails to steer him away from a self-destructive path. Beautiful Boy gets straight to the point very early, as there’s no build up or tension regarding Nic’s substance abuse and uncomfortable truths aren’t being avoided.

Director Felix Van Groeningen (Belgica) does his best work during the film’s uncomfortably intimate scenes, but the flitting between different versions of Nic over the years (played by a well-cast selection of Chalamet lookalikes) is bewildering and eventually annoying. The repetition of drug abuse and relapsing through a non-linear timeline is a good metaphor for the cycle of addiction, but not a particularly engaging one to watch. The juxtaposing of scenes from Nic’s childhood, where his father reads him bedtime stories and they go surfing, to ones where an adult Nic’s injecting drugs aren’t as meaningful as intended. 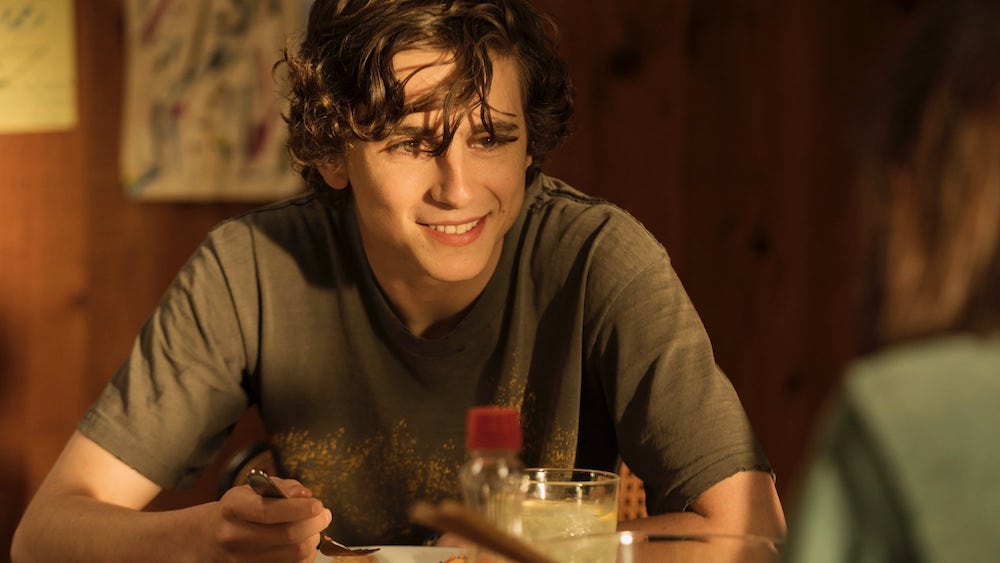 Carell also looks out of his depth during most of his scenes. He can bring subtle strength to quiet moments and a palpable emotion during silences, but whenever he’s required to show anger or grief it almost feels comical. Maybe that’s because it’s hard to hear him shouting without being reminded of his roles in Anchorman: The Legend of Ron Burgundy (2004) and The Office (2005–13).

In contrast, Chalamet (Call Me By Your Name) is absolutely excellent, leaps and bounds above his more experienced co-stars. He changes the way he looks and acts as drugs take over his system, but avoids the usual junkie clichés, making audiences genuinely concerned about his health and wellbeing. 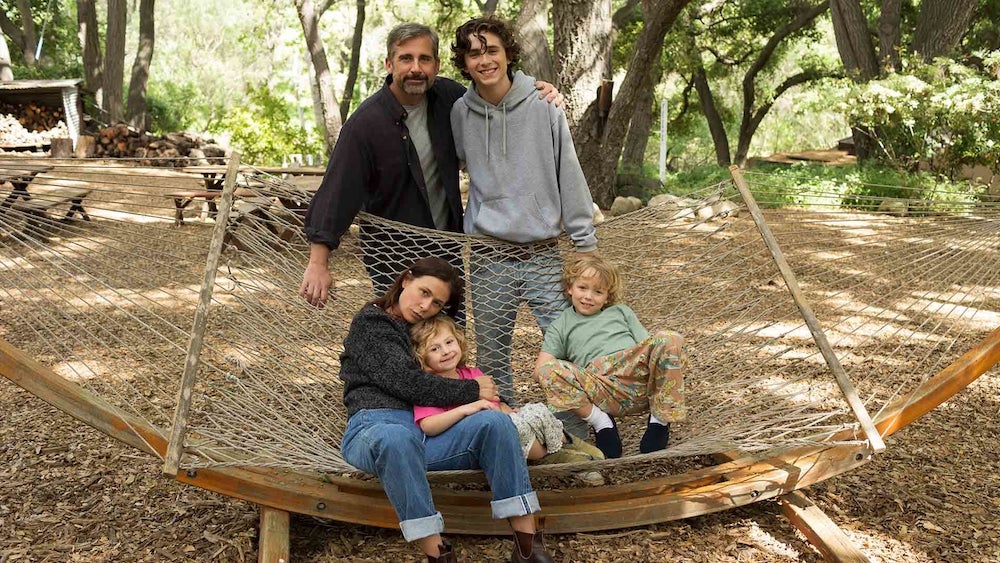 There are moments that are touching, but Beautiful Boy fails to dig deep into emotional depths. It skates the surface and refuses to evolve further than showing us how Nic’s a smart kid on a bad path, David’s a good dad trying his best, and “drugs are bad, kids!” Most of the performances are coyly delivered—as if the actors are trying to protect the real people from judgement, echoed by the script’s treatment of them—so it creates a barrier between the movie and audiences. Each time you start to feel like you’re getting to know how Nic is feeling in the moment, the camera pans away to scenes of the Californian coast or waves crashing onto a sandy beach.

There’s good music on the Beautiful Boy soundtrack (featuring artists like Sigur Ros and John Lennon), but at times it becomes too much. There’s a scene where David flicks through one of Nic’s old sketchpads and the music is dynamic and booming, completing jarring against what should be an emotional and intimate scene. Beautiful Boy isn’t a bad movie and it’s been made with good intentions, but the end result is a shallow and tedious drama about a family coping with addiction.