A gritty character study of Arthur Fleck, a man disregarded by society.

Origin stories are the bread-and-butter of comic-book movie franchises, but DC Comics’ supervillain The Joker didn’t get one until 11 years after his debut. 1951’s “The Man Behind the Red Hood!” finally revealed the Clown Prince of Crime fell into a vat of toxic chemicals, which provided the basis for Jack Nicholson’s incarnation in Batman (1989). Although Tim Burton further complicated the Joker’s origin by making him the killer of Bruce Wayne’s parents, thus having a hand in creating his own arch-nemesis in Batman.

Alan Moore and Brian Bolland’s “The Killing Joke” famously gave the Joker a tragic background as a failed stand-up comedian, which is a vestige of this new origin tale from director Todd Phillips (The Hangover). Although Joker is more openly applying elements of Taxi Driver (1976) and, particularly, The King of Comedy (1982). 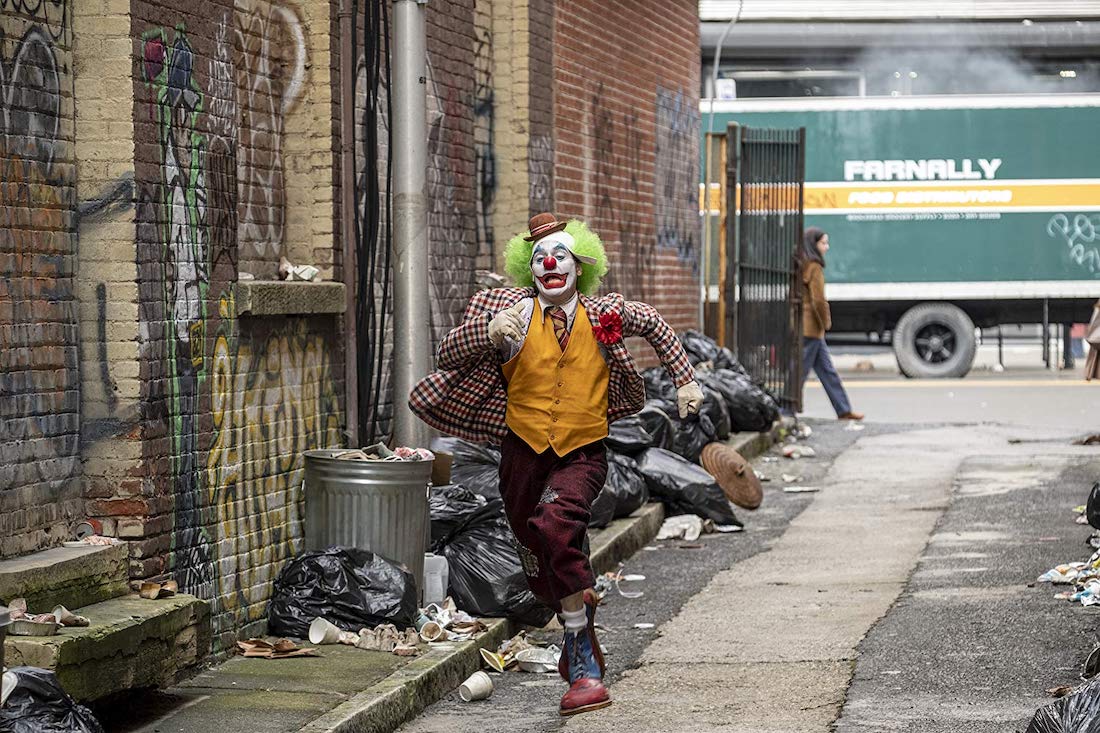 Arthur Fleck (Joaquin Phoenix) is a street clown paid to twirl signs around an early-1980s Gotham City, wearing a green wig and oversized shoes. One day he’s beaten up by a gang of mischievous kids, just another example of society going to hell in a handcart alongside the city-wide garbage strikes and a rise in violence and vermin.

This proto-Joker’s also a mentally unstable loner, prone to outbursts of incongruous laughter (a neurological condition he doesn’t always have time to explain to folk who think he’s being rude or weird). Arthur lives at home with his elderly mother Penny (Frances Conroy), bathing her and eating TV dinners together most evenings. Sometimes they even dance, and Arthur’s slow and deliberate moves are later shown to be how he regains his composure to cope with anxiety. 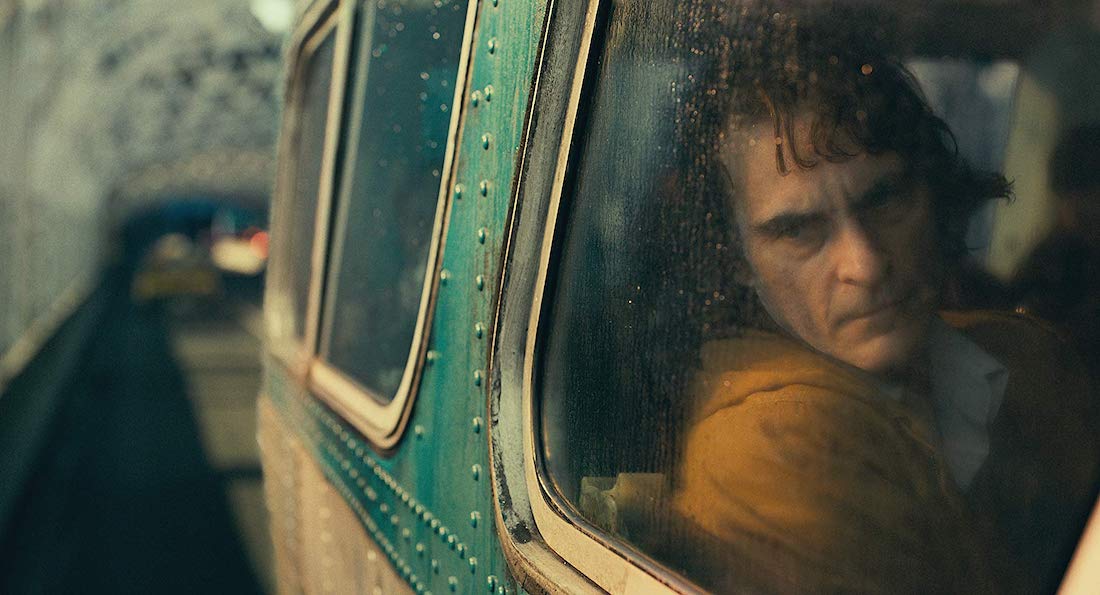 Arthur’s favourite programme is Murray Franklin’s (Robert De Niro) late-night talk show, which inspired an ambition to become a successful comedian and guest on the show. Never mind the fact Arthur can’t even tell a joke and doesn’t understand what ordinary people find funny. He clings to memories of being nicknamed ‘Happy’ as a child and privately seeks a level of adulation and recognition he’s never had. He just wants to be seen—by beautiful neighbour Sophie Dumond (Zazie Beetz), sure, but by everyone that doesn’t give him the time of the day.

Joker dramatises a troubled man’s descent into madness and bloodshed, as he’s pushed over the edge by an uncaring society and his own demons. Arthur evokes our pity as the unfortunate product of a failed health care system and a terrible upbringing—which even Arthur doesn’t recall fully, meaning parts of the story follow him exploring the mysteries of his own childhood. Joker reminded me of Captain Marvel (2019) in that respect, as both films have a lead character discovering their own origin alongside the audience. 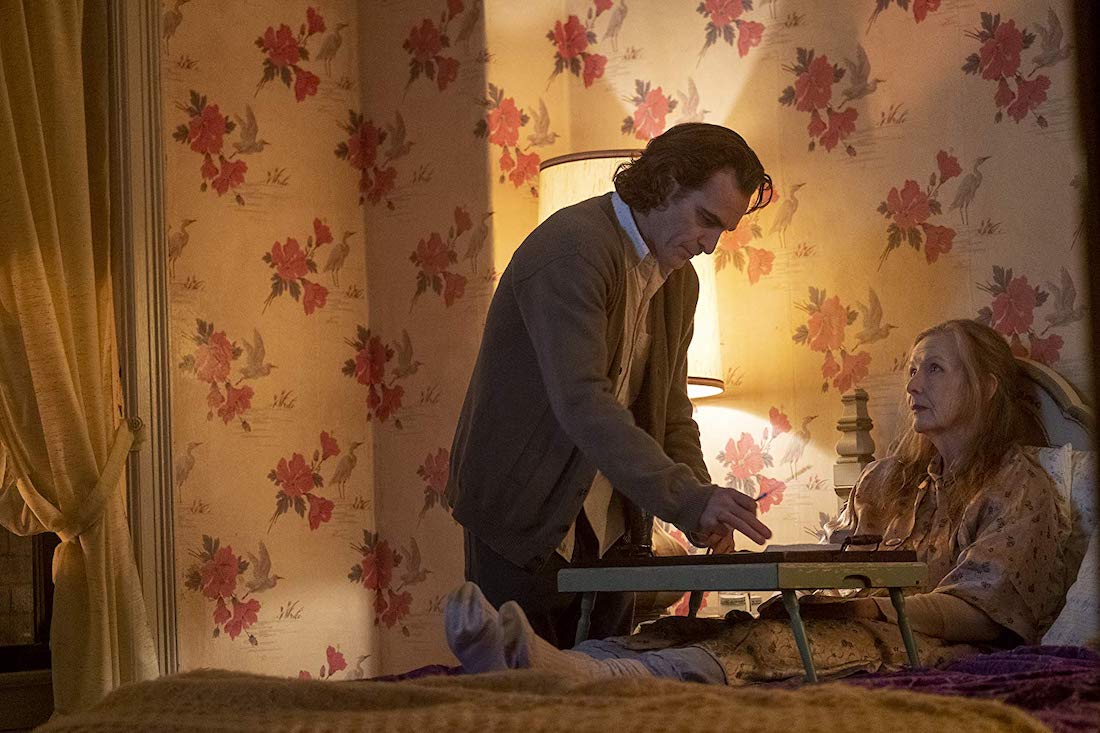 The problem with Joker is that audiences are two steps ahead of where it’s going, although the script (by Phillips and co-writer Scott Silver) does take a few diversions I wasn’t expecting—the most interesting involving Thomas Wayne and his mother’s past. But one might say the same thing about Batman Begins (2005), but it’s possible to enjoy a journey while aware of the destination. What matters is how well a story is told and there are certainly worse ideas than loosely remaking The King of Comedy with a popular comic-book villain.

Phillips clearly seized on the marketing potential of a ‘Joker movie’ to finance a $64M comic-book movie about the birth of a psychopath, in an era where it’s difficult to get a straightforward version of that story made. It’s amazing that Warner Bros. eventually allowed it to happen, particularly as it confuses their larger DC Extended Universe plans with Jared Leto’s Joker from Suicide Squad (2016). 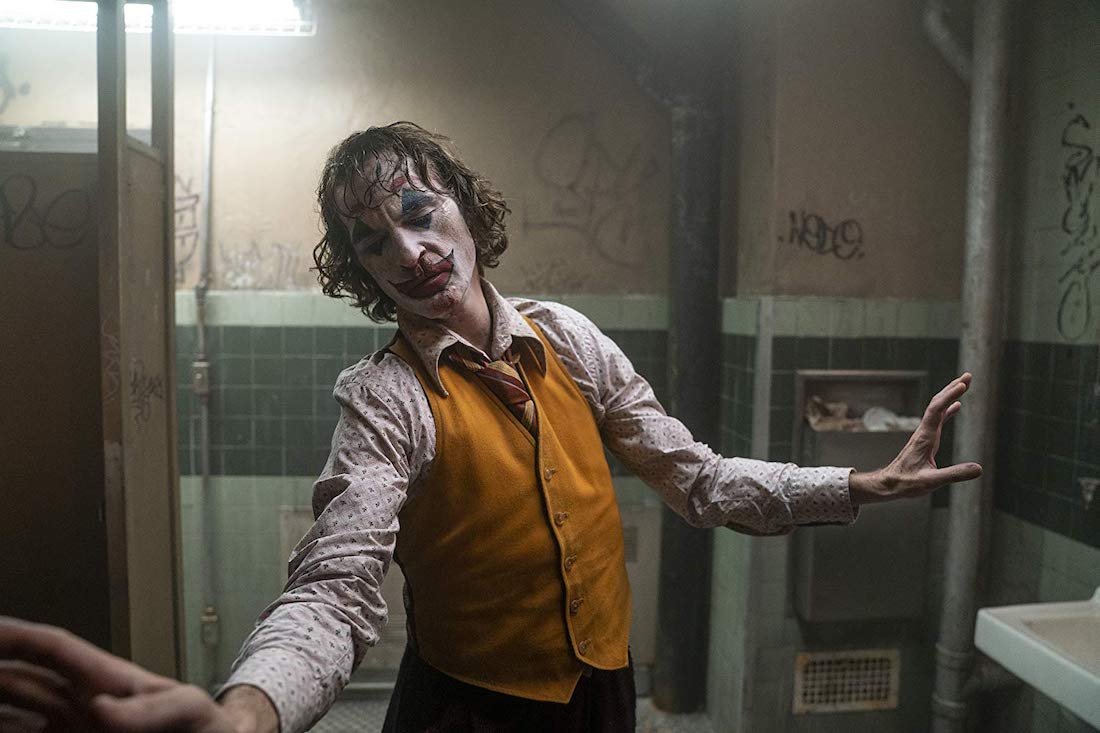 Most of Joker’s successes rest on the shoulders of Joaquin Phoenix (You Were Never Really Here), who took a role once open to ridicule but that gained credibility ever since Heath Ledger won a posthumous Academy Award for his take on the Joker. But even before The Dark Knight (2008), the legendary Jack Nicholson was hardly slumming it in Batman. There’s something enticing about playing the Joker for acting heavyweights, as he’s a caricatured villain that plays to the mainstream but there’s psychological depth to explore if one chooses to.

Ledger was great as the lip-smacking weirdo, but he didn’t get a whole movie to himself and his secretive Joker wouldn’t have worked with that much exposure. He was an anarchic terrorist that seemed to pop into existence to counteract Batman, whereas Phoenix is able to build a more fleshed-out character (almost) from the ground up. 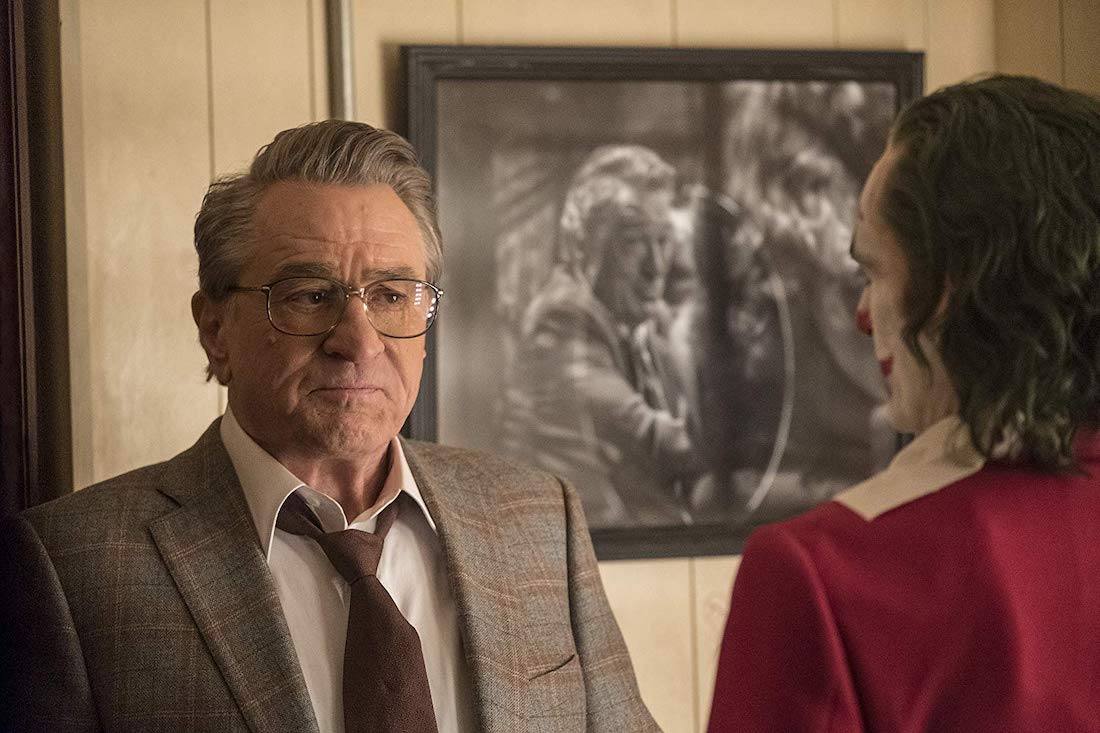 One of the finest actors of his generation, it’s no surprise to find Phoenix does a remarkable job here. He even lost an unhealthy amount of body fat to communicate Arthur’s poverty and disorder, which lent his face the appearance of a bulbous gargoyle even without any face paint. Arthur’s character’s arc doesn’t go anywhere too unexpected, but Phoenix is convincingly unhinged and elicits feelings of unease, pity, sadness, tragedy, and even a twisted elation.

A scene on a subway train where Arthur murders three Wall Street idiots harassing a woman will leave you with a hollow feeling in your stomach by the end, but it’s only natural to feel some degree of satisfaction when the Joker’s meanness is focused on entitled misogynists. 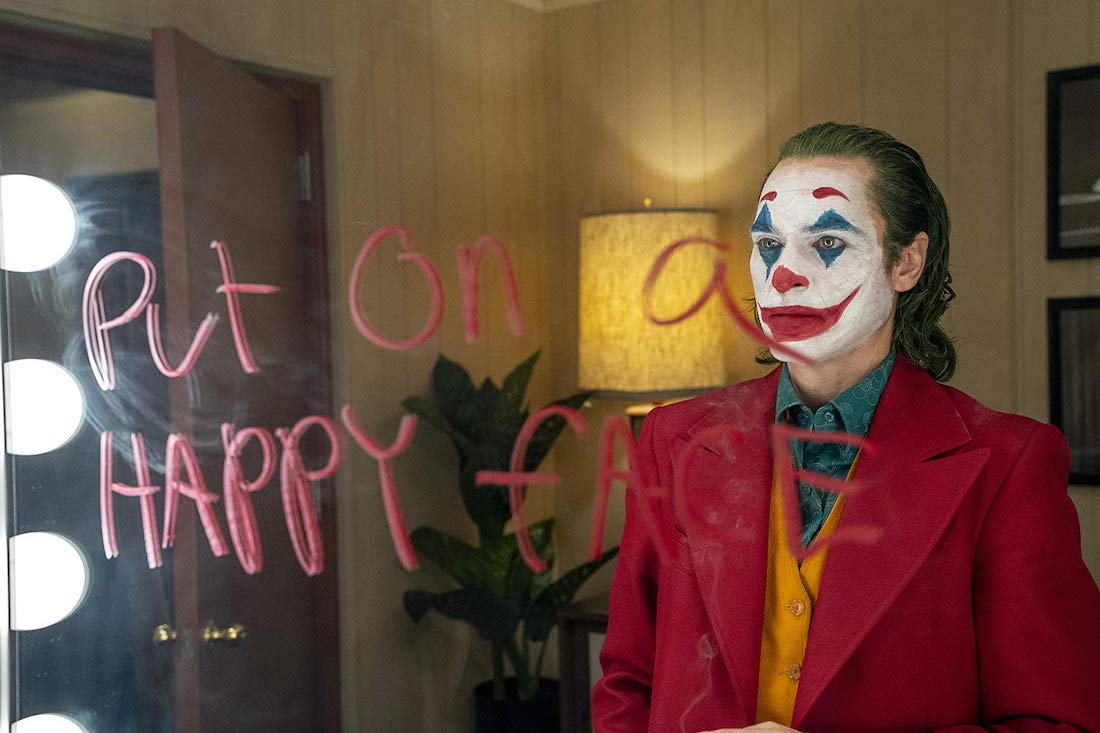 Arthur doesn’t truly become ‘Joker’ until after he introduces himself in the full make-up and purple zoot suit with self-delusional pomp and ceremony, dancing down some stairs in the third act. Objectively he’s just a lunatic bouncing down steps dressed as a dorky clown, but subjectively it’s the birth of an alter-ego with newfound confidence and sick worldview determined to tip a malfunctioning city into anarchy. The tune ringing in Joker’s head is, controversially, “Rock & Roll Part 2” by disgraced paedophile Gary Glitter. (Maybe his crimes and fall from grace aren’t common knowledge in the US?)

Joker is the type of movie certain types of comic-book fan won’t find entertaining, as there are no major action sequences and Joker’s role as a master criminal isn’t there without Batman to oppose him. Arthur commits murder and incites street violence, but there are no bank robberies or diabolical schemes. It’s more grounded. A character study blessed with a riveting central performance, without much subtlety and a tendency to be shallow. 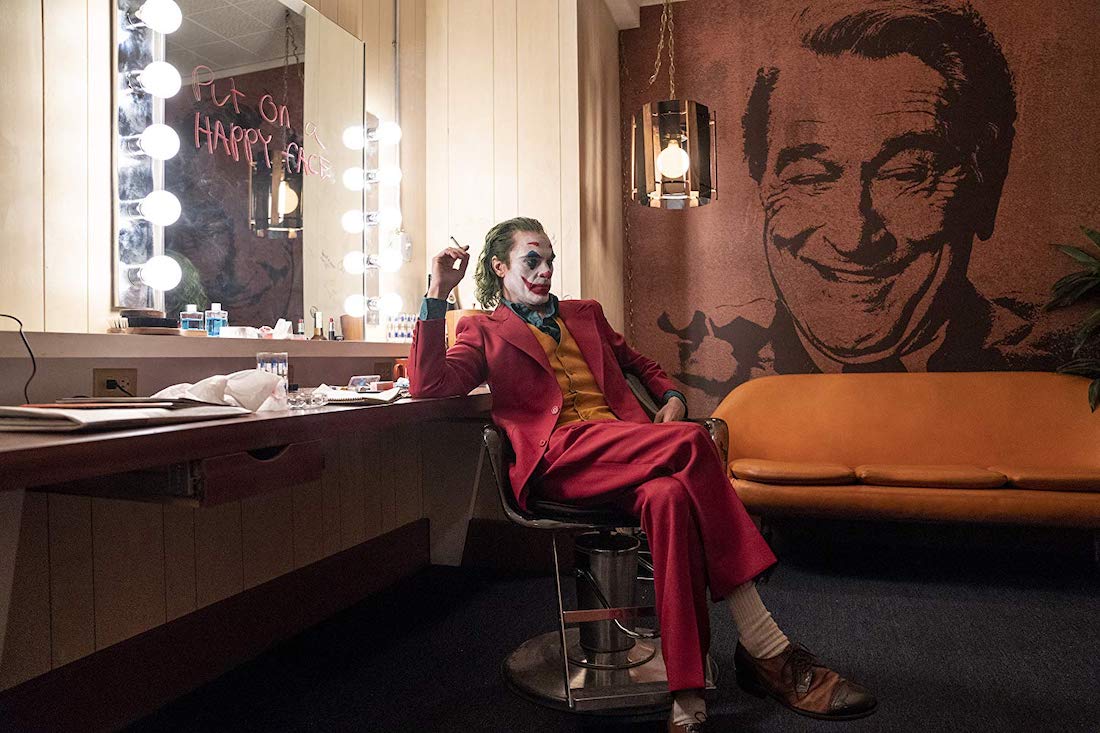 But I loved plenty of individual moments and most of the choices Phoenix made with his performance. There’s even some Mr Robot-style playfulness over what’s real and imaginary. But as a whole Joker’s too indebted to better filmmaker’s ideas and earlier classics to stand on its own as a groundbreaking piece of cinema. But I am disappointed we likely won’t see Phoenix dye his hair green again, as DC is moving onto a younger Batman played by Robert Pattinson (which won’t fit chronologically with anything here). And Leto’s version is still the DCEU’s primary concern with this character—right? Who knows.

Joker exists as its own separate entity. It’s a one-shot deal with an aesthetic and purpose Marvel Studios don’t show any signs of replicating—at least so far, at the cinema. I’m all for that. Marvel’s perfected the interconnected cinematic universe style of comic-book filmmaking, so it feels right that DC should focus on making solo movies and loosely connected runs that have creative autonomy and flexibility to be their own thing.

Phoenix injects yet another colour into this iconic and malleable villain, and Phillips captures it through the prism of hardboiled 1970s crime movies and dark-hearted vengeance flicks with unexpected skill. The portentous music by Icelandic musician Hildur Guðnadóttir (Sicario 2: Soldado) is also wonderful, and often gives scenes a sombre weight they otherwise might not have.

This film won’t be for everyone and Joaquin Phoenix’s psychologically disturbed Joker isn’t as entertaining or fun as Heath Ledger’s ringmaster of mayhem, but it’s a film worthy of argument and debate. 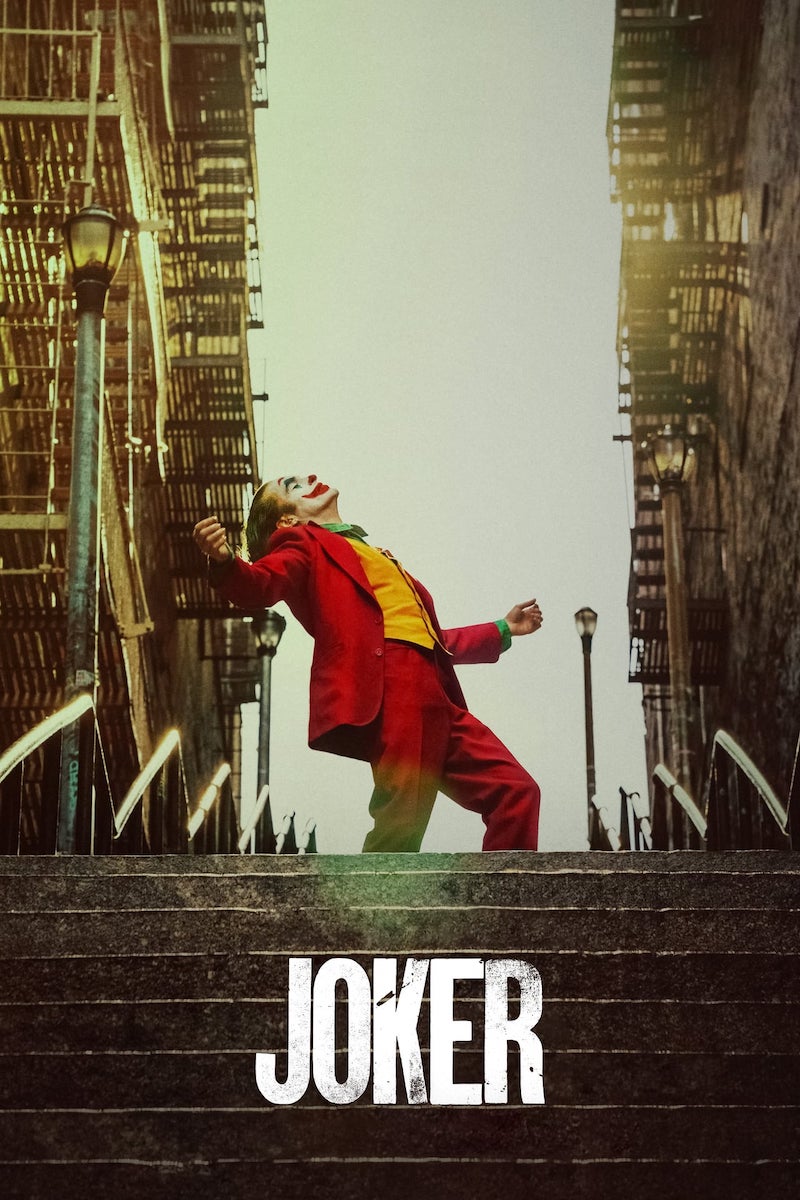 Written By
Dan Owen
More from Dan Owen
A good defence is a good offence. The opening scenes of “Coushatta” confused...
Read More