Humans series 2 continued in confident fashion with episode 2, developing all of its plots in compelling ways and highlighting how the reduced episode order of British shows can often be a boon compared to more traditional and lengthier American models.

Where many US series (even the 13-episode Netflix model, let alone the traditional network 22-episode runs) find themselves dragging their feet with filler material, the 8 episodes of Humans offer enough time to explore its themes without rushing matters but keeping things moving. (Just look at the success of Stranger Things’ own 8 episodes for a further demonstration).

Take Carrie-Anne Moss’ Dr. Morrow, who, after only a few weeks, is already heading over to the UK, presumably to link up with the rest of the characters. In a longer-running show, Morrow might have been stranded in a US storyline for weeks to come, frustratingly separated from the rest of the show’s cast. But here, writers Vincent and Brackley demonstrate that the sooner the disparate threads tie together—or at least, the sooner the audience is given an indication of how they will—the better and more engaging each individual strand becomes.

We don’t know what Milo (Marshall Allman) means when he states, ominously, that his intentions are “purer than you can even imagine”, nor how Morrow’s own burgeoning A.I will fit into proceedings, but knowing that they’ll be crossing paths with the rest of the ensemble soon enables us to trust that all the story pieces matter. 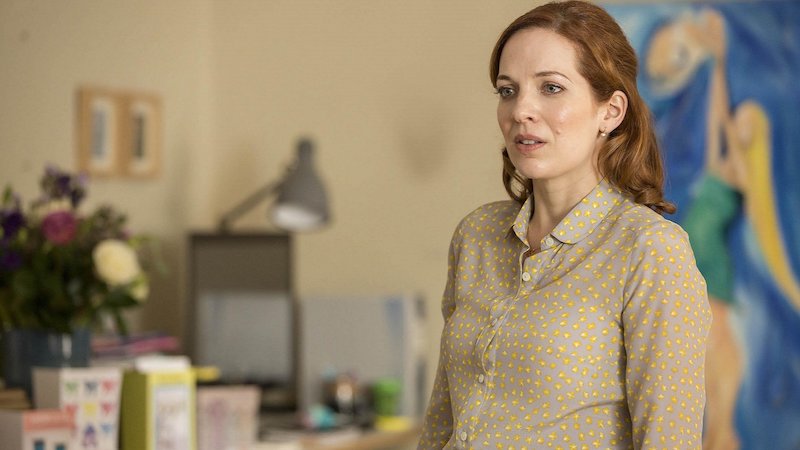 Meanwhile, back in the UK, Niska (Emily Berrington) convinces Laura (Katherine Parkinson) to act as her attorney, as she looks to set a precedent and blaze a trail for all synths by being tried for her crimes in the same way a human being would be. First, she has to pass a Turing test to confirm that she is, in fact, conscious, but we know that shouldn’t be a problem. What comes next, with a human trial, should be fascinating, and given Berrington’s delicious performance as the formidable Niska, should also be a lot of fun.

While Berrington has always been a highlight, Colin Morgan also seems to be faring well in this second year, with Leo’s increasingly authoritative streak serving Morgan better than his previously wet personality type. Leo’s reluctant to fully back Max (Ivanno Jeremiah, still superb as the beating heart of the synth character) against the newly awakened Hester (Sonya Cassidy), who’s increasingly being depicted as a sociopath. The rest of the core group of synths were raised by David Elster as his family, but synths like Hester have been thrust into the world, with a consciousness but no experience to ground it, or moral compass to guide it.

Hester doesn’t understand right from wrong, and she casually commits murder as a result. Is this what Niska is fighting for? She’s always been a character straddling the line between goodie and baddie, but in championing rights for conscious synths she seems to be on a path to good. Would she continue to walk it if she knew what the waking synths are and what they would do—or is that exactly what she’s counting on? 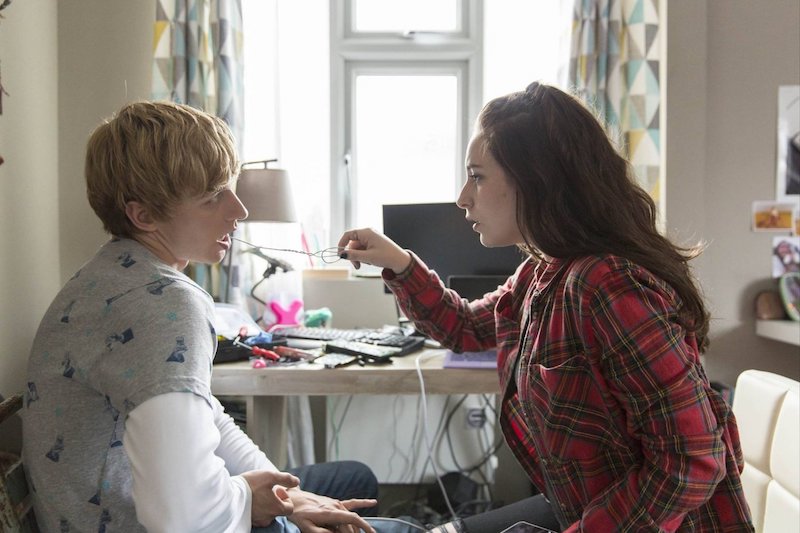 Elsewhere, Mattie (Lucy Carless) found the second copy of Niska’s code, and recovered the broken form of Odi (Will Tudor) in a scrapyard, aiming to combine the two. While Odi isn’t able to speak here, throughout the first series Tudor gave one of the show’s most affecting turns—sand arguably the most convincingly robotic performance. Just having his uncanny physical performance back on-screen is hugely welcome.

Mia/Anita (Gemma Chan) meanwhile, goes out of her way to help the likeable café owner, inadvertently revealing her true self in the process. It’s the earlier scene, however, where she sets out to comfort his dementia-stricken mother that’s most memorable. Mia can relate to being lost in one’s own mind and is able to provide more understanding than any of the human nurses on hand. It’s also interesting that Odi—whose whole arc in series 1 was analogous to dementia—should be reintroduced in the same episode.

Episode 2 also introduced the notion of ‘synthies’, a new social phenomenon where humans pretend to be synths by taking on their appearance, tics, and body language. It’s a strange new lifestyle choice, and while it’s only introduced in passing here, it’ll surely allow Humans to comment on plenty of real world issues further down the line.

Oh, and Neil Maskell’s PC Drummond is back, now in a relationship and living with Karen Voss (Ruth Bradley), another of David Elster’s conscious synths—which is rather ironic, given the issues Drummond had with his own wife and the hunky physio synth from last year.

There’s a nice moment where Drummond struggles with some heavy lifting as he notices a synth managing the same task, but without breaking a sweat. Drummond might be tempted to fob the manual labour off on Karen, but he can’t, as he’d risk devaluing her as a person; emphasising that he still thinks of her as a machine. While it’s a nicely underplayed moment, it’s not immediately apparent how the pair themselves will fit in with the rest of the plot. Arguably, in an already busy narrative, it perhaps feels like one strand too many, but Brackley and Vincent have earned enough trust by now that we can assume their presence will probably pay off before too long.