The Initiation is the latest old-school horror film to receive an Arrow Films re-release. The film has been given a souped up visual restoration, improved audio, and is accompanied by new features including interviews with actors and an audio commentary from horror podcasters The Hysteria Continues. As is typical of an Arrow disc, it’s also presented in a very nice sleeve with some really wicked artwork by Justin Osbourn, some of which is newly commissioned.

The film itself stars Vera Miles as Frances Fairchild, a teenager undergoing an initiation ritual with a sorority at her college, which involves breaking into her family’s shopping mall in the name of pranks. Frances is haunted by bizarre dreams in which she witnesses her mother and father having sex before they’re disturbed by a strange man, whom her father immolates. Meanwhile, an inmate at a sanatorium has escaped and is on a good old-fashioned killing spree, with Frances’s family seemingly in their sights. The film’s credited director is Larry Stewart, who has little else on his CV other than sporadic work on old TV shows like Buck Rodgers, The Incredible Hulk and The Bionic Woman. 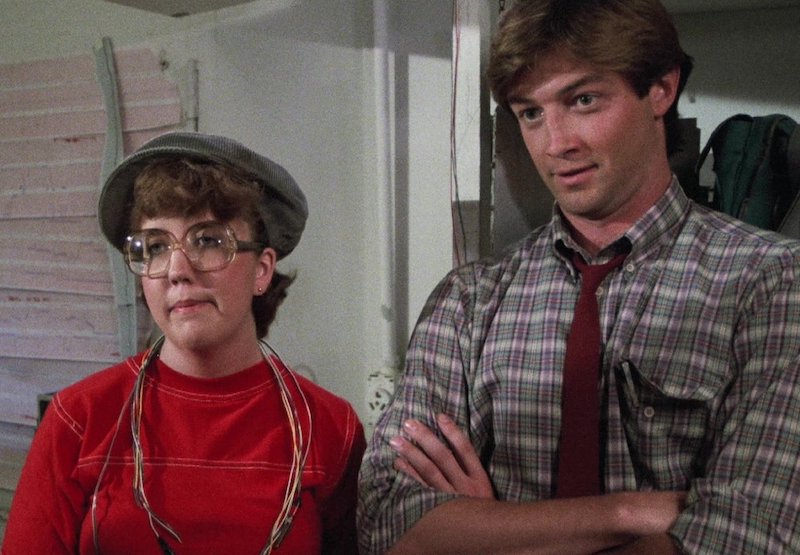 Thematically, The Initiation borrows horror tropes like a magpie collecting shiny things. It’s almost as though the filmmakers took a big bag of horror cliches and pulled out ideas by the handful, with little to no regard as to what would make sense to use and what would actually serve the story. The nightmare theme probably weighs heaviest over the film, and the trippy, surreal, violent dream sequence owes much to the Italian giallo films of the 1970s. Setting the action within a sorority isn’t the most original idea, nor is setting a good chunk of a horror film in a shopping mall. The sorority’s initiation sequence employs vaguely occultist themes and the whole ‘madman on the loose’ idea is well-trodden ground (incidentally the way the asylum is portrayed probably wouldn’t fly these days). It’s basically just a mash-up of horror tropes thrown at the wall to see what sticks and what doesn’t… which is most of it.

There are a couple of twists in the movie that I’d normally avoid discussing as it would generally be thought of as revealing spoilers. However, the implication of spoiling something is that your enjoyment of the film would be impaired by knowing what happens and I genuinely don’t believe that The Initiation is good enough for this to be an issue. 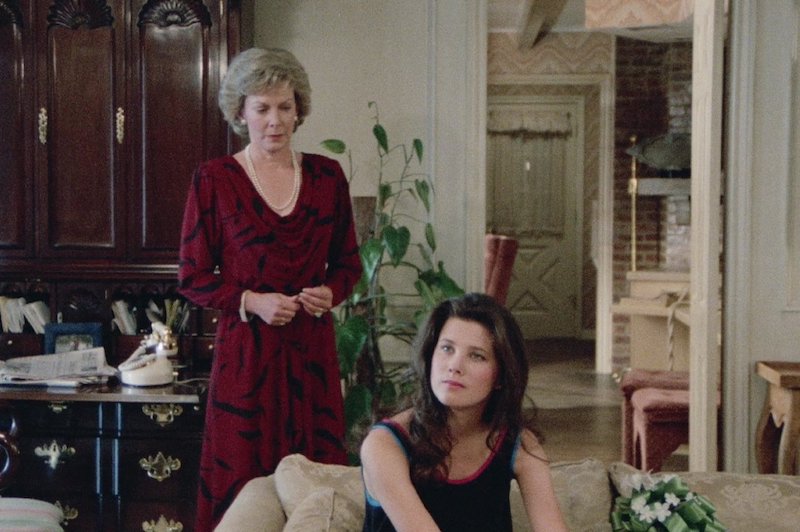 The first twist is so obvious that if you don’t see it coming, you’ve not really been paying enough attention, but it’s followed by a further twist minutes from the end which comes completely out of nowhere and adds nothing to the overall narrative: so, it turns out, Frances has a twin sister she never knew about who’s the murderer. But the audience response when this is revealed isn’t OMG, it’s “sorry, what?”

So, in addition to some lumpen ideas and weak narrative elements, you’ve also got some really shonky dialogue delivered badly, am-dram acting, and some inexplicably daft moments—like the killer murdering Frances’s father and stealing his car, before his wife emerges from the house and just seems to assume he’s driven off for the rest of the movie.

In the face of all of this criticism, you’d be forgiven for wondering if there’s anything to recommend the film at all. Obviously, it’s rubbish, but it’s not offensively bad. I enjoyed one or two of the death scenes, the best of which is an execution by harpoon that looks genuinely nasty. Although it’s generic to the nth degree, there’s joy to be found in some choice moments. In particular, I enjoyed the frat house party scene in which the students are dressed as their ‘repressed desires’, doing awkward dances and flirting poorly with each other. It’s cheesy and silly, but enjoyable nonetheless. 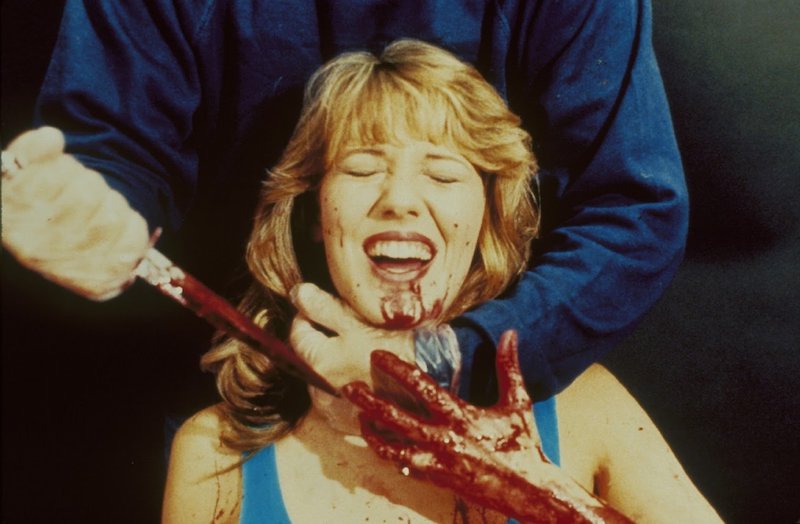 But it’s fair to say that brief moments such as these are highlights in what is otherwise an utterly unremarkable, sub-par slasher. Unless you have a particularly fond memory of it from its release in 1984, or were part of the minor cult following it gathered that decade, it’s hard to know who to recommend this disc to. If you’re looking to expand your horizons with the horror genre, there are plenty of better films to prioritise ahead of this one. And if you’re a horror aficionado then the film’s derivative qualities will be even more apparent and make is much harder to enjoy.

I mentioned the giallo influence earlier; many of those films make little to no sense when you sit down and try to analyse them. They’re often exercises in style-over-substance. Which is fine, as in most cases they’re visually arresting and fascinating to watch. The Initiation’s problem is that it has little in the way of substance, but also lacks style, flair, or any real sense of identity. This raises further questions as to the value of re-releasing films such as these with the frequency that Arrow do. Their dedication to packaging the releases both figuratively (in terms of the additional content that comes with them), and literally with regard to quality of the sleeves and artwork is highly commendable, but when the actual movie isn’t good, could it be argued that some of them simply aren’t worth saving from a deserved obscurity?