Messiah’s characters range from dirt-poor Palestinian kids to the President of the United States, but the largest clue to its central mystery may lie in an inspirational Oprah Winfrey quote, seen scribbled on the upholstery of a diner: You become what you believe.

Appearing toward the end of the season, perhaps it’s a hint at the answers Messiah’s audience have been waiting for. For this gripping drama has unresolved questions at its heart. This makes it frustrating because the resolution of the mystery could be seen as the point of the storytelling, but it also may be deliberate on the part of the writers. Perhaps it doesn’t matter whether Al-Masih (Mehdi Dehbi), a charismatic young Iranian some say is Jesus Christ, really is what his beatific smile and flowing locks suggest. If he talks the talk and walks the walk (on water), and enough folk buy into it, doesn’t that make the phenomenon of Al-Masih a kind of Second Coming in itself? 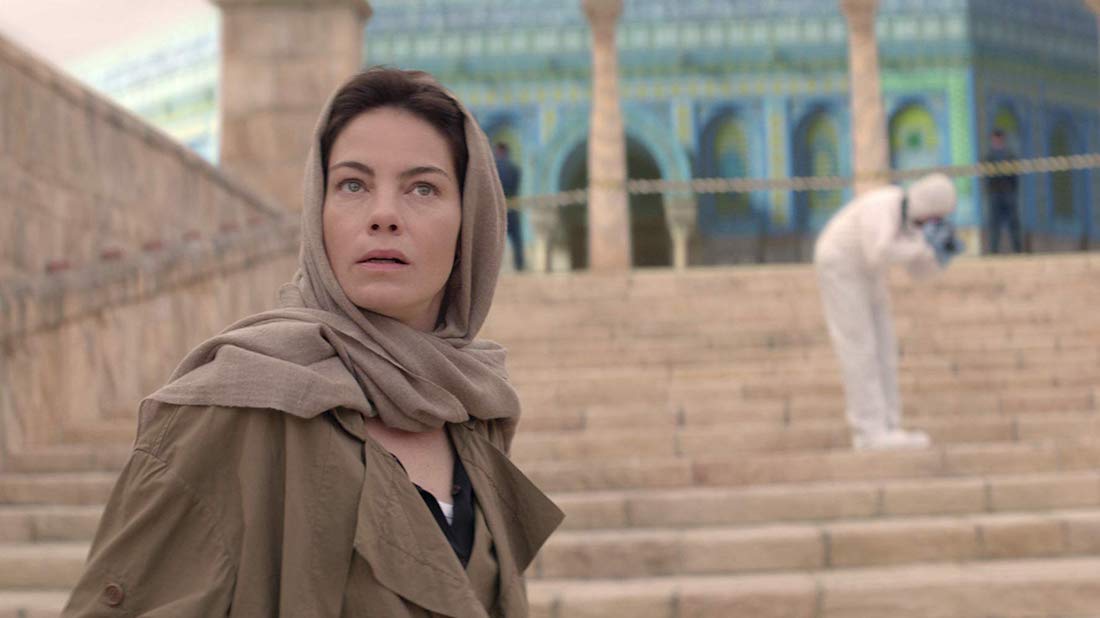 That idea’s addressed throughout Messiah, as different people see in Al-Masih what they want: a terrorist, a prophet, a conman, a celebrity, a hoax to be exploited. It’s well into the back half of the season before the notion he might actually be the Messiah is taken seriously by more people.

It’s a refreshing if not wholly original take on this what-if scenario, and though Messiah’s credits include several individuals with a strong Christian TV background (creator Michael Petroni, executive producers Mark Burnett and Roma Downey), the series never feels like it’s preaching or praising. It’s not devoid of clichés or stereotypes, but it is harder-edged than one might expect—being almost entirely free of fluttering doves and cloud-piercing sunbeams. It’s instead shot in often bleak locations like deserts, a dead-end Texan town, a utilitarian detention centre, a bland business hotel, etc. 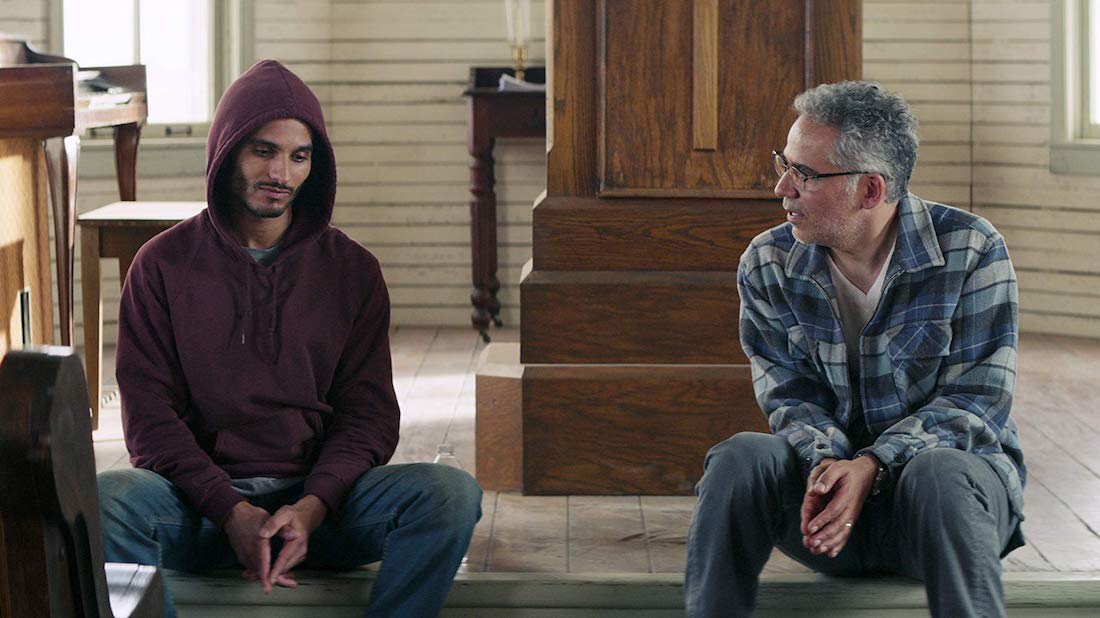 Felix (John Ortiz) is a priest in Dilley, Texas, who’s spiritual enough on the surface but ambitious and deceitful underneath. His wife Anna (Melinda Page Hamilton) is a sceptical drinker, so their marriage together isn’t great. The US President John Young (Dermot Mulroney) seems more genuinely interested in Al-Masih than most of his White House aides, but interestingly he’s a Mormon. CIA officer Eva Geller (Michelle Monaghan) is obsessed to the point of being blinkered by her theory Al-Masih is a terrorist plant trying to disrupt western society, and her relationship with her own earthly father (Philip Baker Hall) is nothing to shout about.

All of these actors are strong, especially Hamilton, and are supported well by Tomer Sisley as Israeli intelligence officer Aviram Dahan (himself no angel) and Christopher Heyerdahl in a small role as a US anarchist-cyberterrorist who may or may not be in cahoots with Al-Masih. But still, even though Monaghan’s playing the lead, the three most interesting characters are the most enigmatic ones that also happen to be the youngest and least obviously flawed… 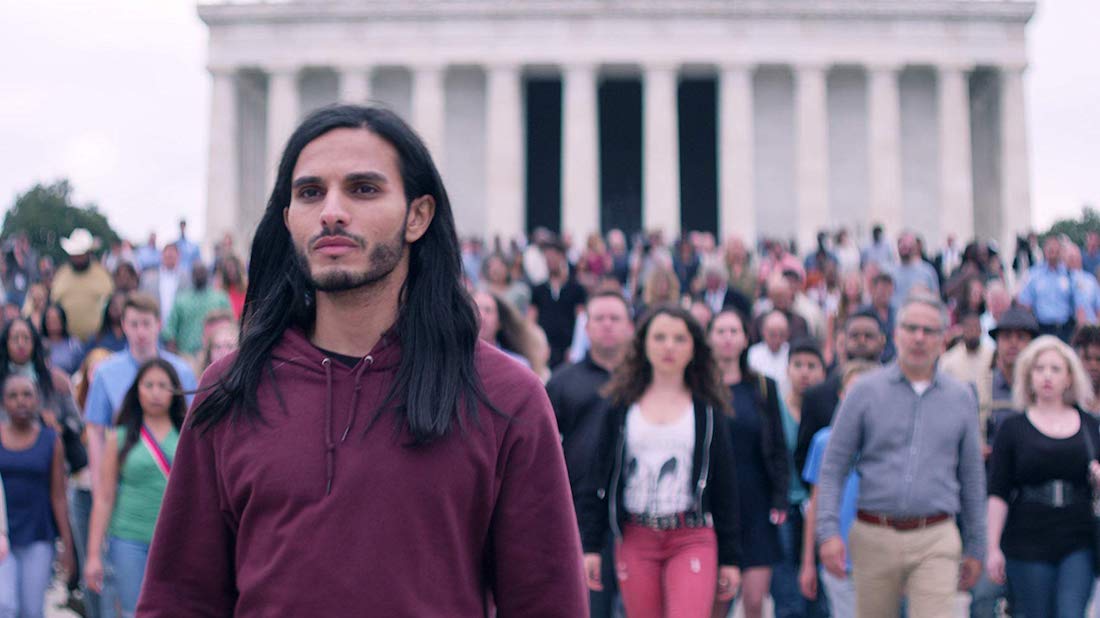 There is, of course, Al-Masih himself. And while he’s almost a background presence for a series more about how people react to him, he nevertheless dominates every scene he’s in with an appropriate stillness and serenity. The way he speaks everyday lines, often responding to a question with another, always seems pregnant with meaning.

Then there’s preacher’s daughter Rebecca (Stefania LaVie Owen), so desperately frustrated in the dusty back of beyond that she’s running away from home as the story gets underway; and Jibril (Sayyid El Alami), a Palestinian follower of Al-Masih. Both of those actors deliver fine performances, and exactly how they connect to Al-Masih is the deepest riddle of the season. It’s clear they’re important based on their screentime, the attention Al-Masih gives to Rebecca, and particularly thanks to a riveting scene where Jibril walks naked to the Israeli border and faces down a guard at the exact time Al-Masih seems to be performing a miracle in the US capital.

But what’s the connection? It’s never articulated, or even hinted at strongly enough for us to guess, although there are some clues. Is one or both of them in some way the true manifestation of the Second Coming? Or are they merely examples of the simple virtuousness that Christianity espoused at the beginning, and which it may now have lost sight of? Does Al-Masih want them and people like them to inherit the earth? 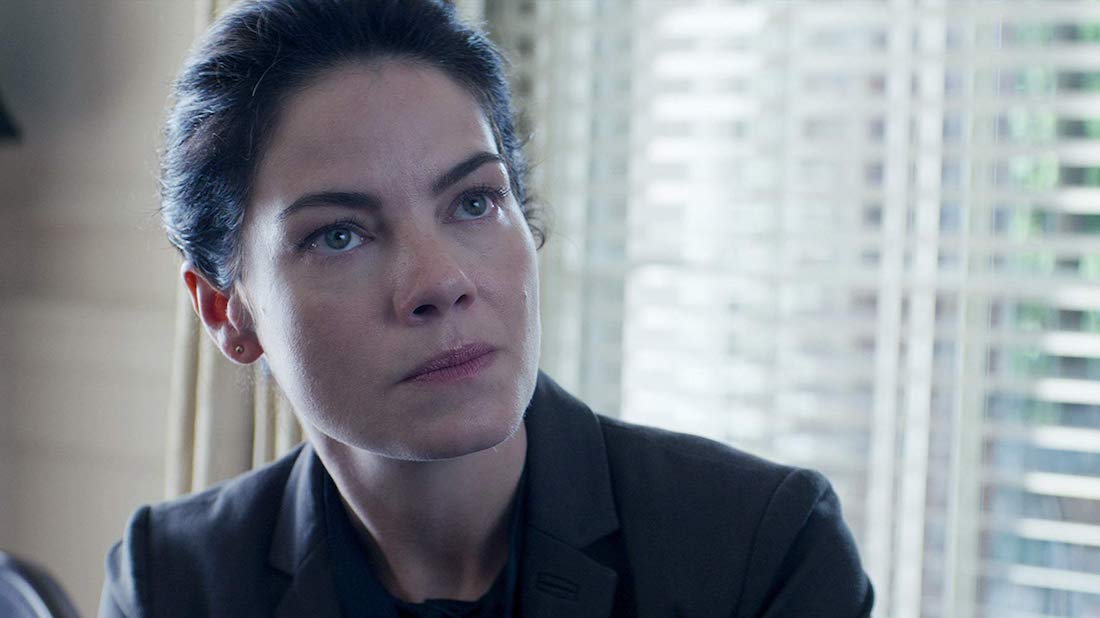 A second season, if there is one, will surely address these questions. As it stands, while the lack of a clear explanation leaves Messiah both intriguing and slightly unsatisfying, the show works on almost every other level. It’s masterfully paced, with rather long scenes that are unhurried but never drag, and there are enough interlocking narratives happening at any one moment with enough time given to each.

There are individually compelling passages, too, like Al-Masih’s encounter with an escort in his Washington hotel room, or the Texan tornado at the beginning, or the culmination of the final double twist which comes tantalisingly close to revealing the truth about Al-Masih while leaving just enough room for doubt.

And at the same time, there are plenty of subtler themes bubbling away underneath: like the implied comparison of religious Rapture, revolutionary extremism, and patriotism. Eva says that terrorists “miss being human” but reach a point of no return, Sisley’s Israeli agent suggests the same applies to her relationship with the CIA, and we’re left to wonder if the comment couldn’t apply to Al-Masih, too. Do you, indeed, become what you believe? 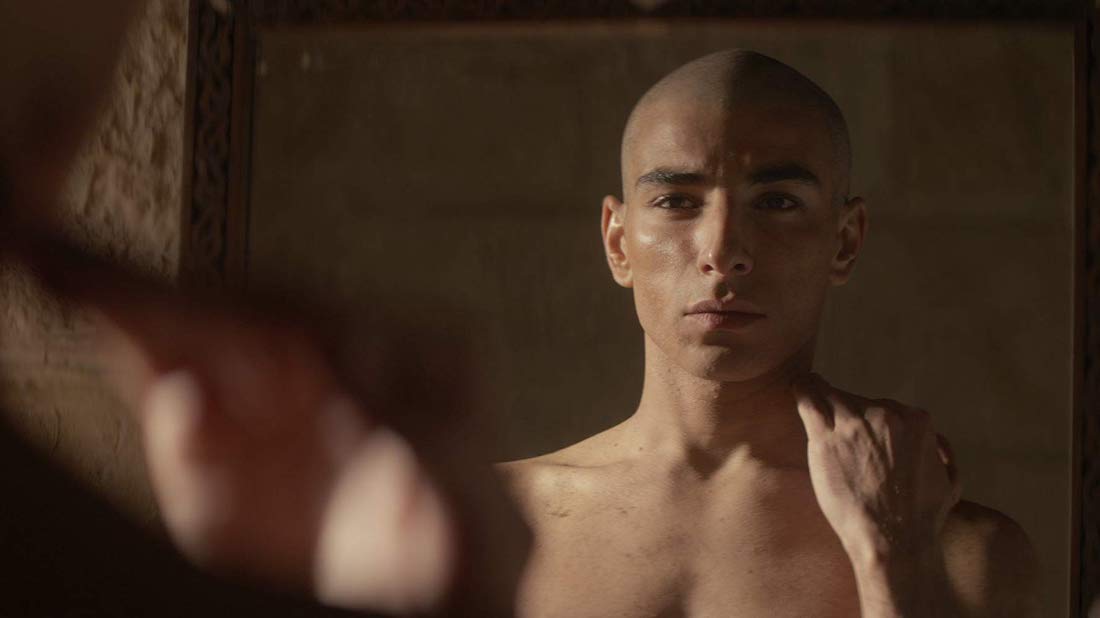 Further muddying the waters, commentators have even suggested it may be significant the titular character’s name resembles ‘Al-Masih ad-Dajjal’, a kind of Antichrist in Islamic theology.

Not all these concepts are developed as fully as they might be. In that respect Messiah differs from the best fictional TV treatment of religion in recent years: Hulu’s The Path (2016-18), also with Monaghan in a major role, which studied development and conflicts of a minor, relatively benign New Age-ish cult in order to make larger points about the nature of faith and the perils of formalising it.

Messiah’s more obvious TV antecedent is Russell T. Davies’ 2003 miniseries The Second Coming, which starred Christopher Eccleston as an ordinary bloke from Manchester who suddenly realises he’s Christ reborn. Just like that show, Messiah successfully imagines what the practical impact of such an extraordinary development would be on society. But whereas The Second Coming focused tightly on the one character and closely allied itself to a Christian narrative, Messiah is considerably longer and never explicitly links Al-Masih to any particular religious tradition.

Ending up in a predominantly Christian country, he’s naturally adopted by the followers of that creed… but could this simply demonstrate that rather than becoming what you believe, you become what others believe you to be? Messiah isn’t going to give you an easy answer, but this and all the other conundrums it poses will remain in your head. 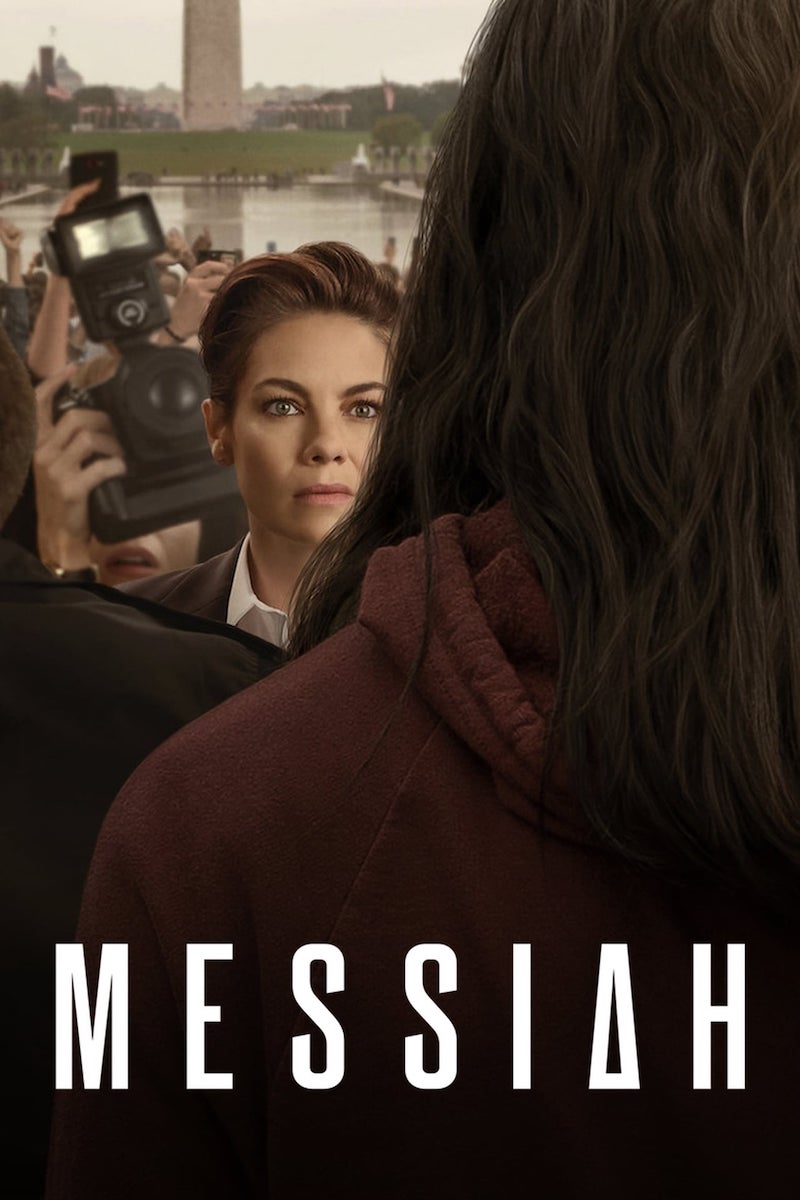