This week’s episode of Humans was the best of the series, so far, and not just because of the explosive action and steamy sex scenes. Last week it felt like a lot of disparate stories were taking place in isolation, but this week does a far better job linking them together—whether through converging plots, or just thematically.

The hour’s only real downside is café owner Ed’s (Sam Palladio) bizarre character turns. Given how he was drawn up until now, and how comfortable he and Mia (Gemma Chan) were with one another, the idea that he would suddenly attempt to sell her to Qualia just doesn’t track. Yes, he’s been influenced by his friend, but this is a character shift that undeniable needed a lot more groundwork. The problems were exacerbated by Ed’s laughable attempt at returning to being a nice guy after realising he can’t sell Mia. Very sloppy writing. 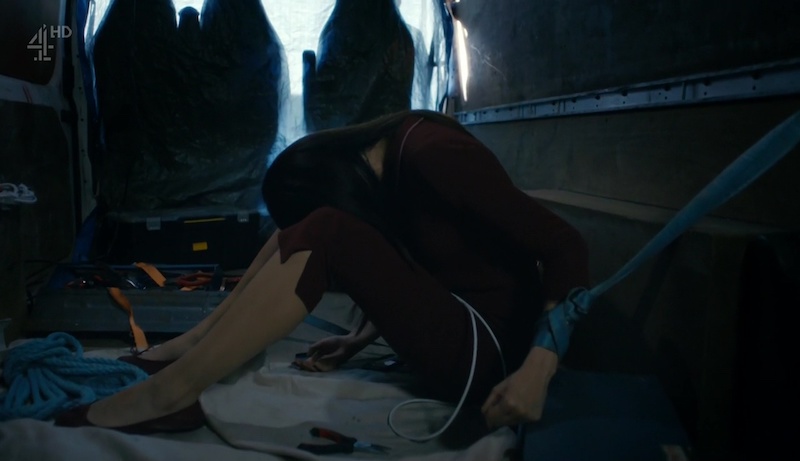 Other than that, though, episode 5 was a triumph. If Ed’s flip-flopping didn’t work, his actions at least afforded Gemma Chan another brilliant showcase. Chan is usually at her best when flipping suddenly between characters or personality traits; from the desperation in asking for a last kiss, to her stern violence when attacking Ed, through to the guilt she felt afterward, and the return to being docile Anita later in the episode, Chan never missed a beat.

And while Mia was forced to regress back to her unconscious state of Anita, as a means of self-preservation, Karen Voss (Ruth Bradley) walked out on Drummond (Neil Maskell) because she couldn’t handle the pretence of being someone she’s not, as that isn’t being real. She was made to be Beatrice (Elster’s deceased wife), then went into hiding as Karen, but now both feel like a lie. Ironically, what Karen wants is to choose the path that Mia was forced down: to switch herself off, to roll back, wipe the slate clean, and be able to forget and then define her own identity. 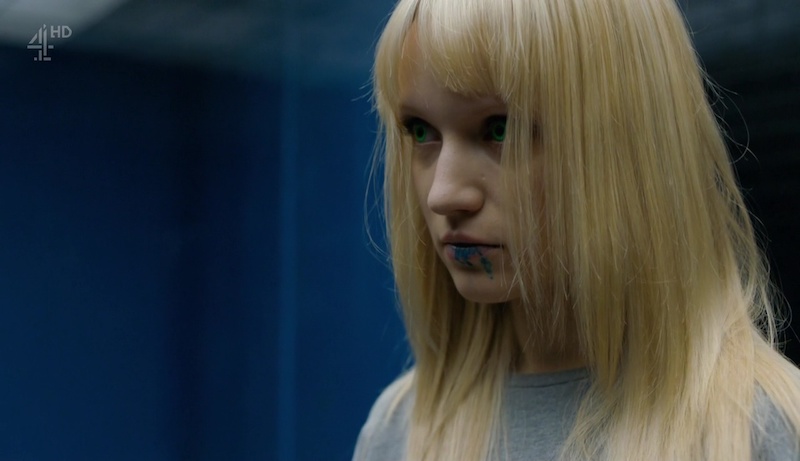 There was a strong sexual theme running through this episode, which lead to two fantastic scenes—each emotionally charged in very different ways. Toby Hawkins (Theo Stevenson) got to visit Renie (Letitia Wright) at her house, and learned that her ‘synthie’ lifestyle is a means of defence against facing the realities of her broken home. The revelation added an unexpected level of pathos to her character, but it was nothing compared to the achingly sad moment when she tried to engage Toby sexually.

It started amusingly, as she handed him the ‘adult options’ package that grown-ups use when they want to use their synths for carnal desires, but it soon became something altogether more affecting. Toby wants her to open up (something he thinks the 18+ routine is Renie’s way of allow her to do so without compromising her ‘synthie code’), but she takes it rather more literally and Toby can’t bring himself to respond. The existence of synths really does take teenage sexual confusion to a whole other level. 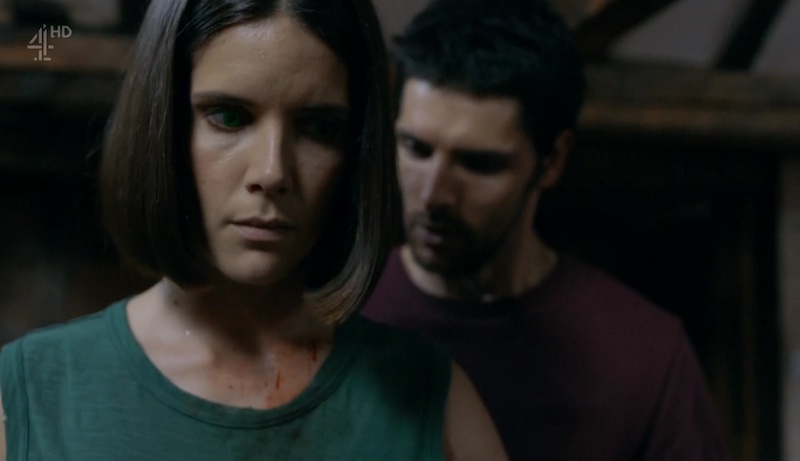 There was far less confusion, however, in this episode’s highlight: an electrically charged scene between Leo (Colin Morgan) and Hester (Sonya Cassidy). The sociopathic synth decided she wanted to experience physical pleasure, and honed in on Leo as the closest male. Initially hesitant, the pair eventually succumbed to their baser human instincts, even though there’s only half a real human between the two of them! The slow crawl towards their eventual consummation was fabulous; Morgan and Cassidy both terrific as they moved breathlessly around one another. And, of course, it was immediately followed up by the reveal that Hester has killed again. She’s quietly becoming a very effective villain.

Elsewhere, Dr. Morrow’s (Carrie-Anne Moss) daughter passed away, and in an explosive sequence, Niska (Emily Berrington) deduced that her trial was a sham—and that regardless of what Laura (Katherine Parkinson) was able to prove, they would never let her go. “This was your last chance”, Laura pleaded with her. “No. It was theirs” came Niska’s cold reply, implying the endeavour was just her attempt at testing humanity’s worth, rather than justifying her own. It was chilling line, with heavy implications. After staging her daring escape, what will she do now? Niska’s always been spiky when it comes to mankind, so now that they’ve failed her test it won’t be surprising to see her wholly commit to championing, even leading, a robot revolution. 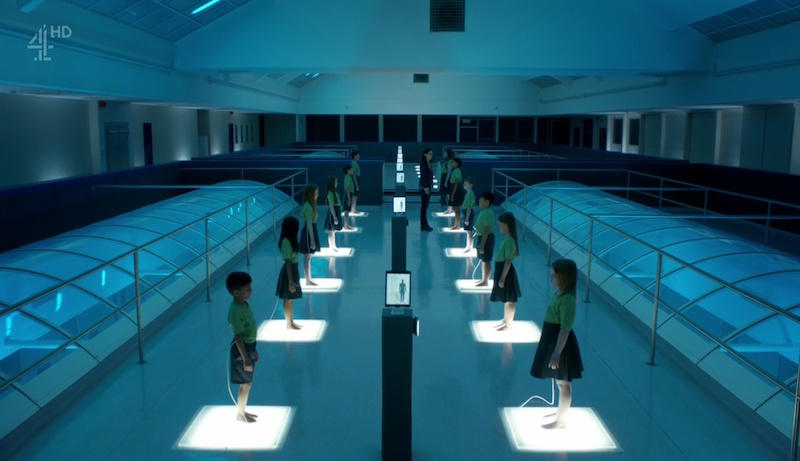 The episode was successful because even when these characters were far apart, the writing tied them together. Toby and Renie’s awkward encounter was mirrored in Leo and Hester’s passion; Karen’s desires nicely reflected, ironically, in Mia’s regression. And the episode’s final reveal even brought Drummond (so often the show’s third wheel) into the fold, as he discovered a child synth just as Morrow found a creepy chamber full of synth children in the Silo.

And just why would anyone want to create synth kids? If Humans can keep this quality over the final three episodes, it should be a treat to find out, even as the implications here are unsettling.