I AM NOT A SERIAL KILLER.

Based on the 2009 novel by Dan Wells, this is a supernatural crime thriller about Midwestern teenager John Wayne Cleaver (Where the Wild Things Are’s Max Records), who believes he’s a diagnosed sociopath, and must use his unhealthy interest in serial killers to catch a real one murdering people in his sleepy town. Co-starring Laura Fraser (Breaking Bad), Christopher Lloyd (Back to the Future), and Christina Baldwin.

ROGUE ONE: A STAR WARS STORY.

The thinking man’s sci-fi alternative to Star Wars this month is Morten Tyldum’s futuristic thriller with a terrific premise: during a 120-year space voyage to new planet, two hibernation pods open prematurely (containing Chris Pratt and Jennifer Lawrence), and the two astronauts realise they must spend the rest of their lives in each other’s company. Passengers has been buzzing around development hell for years, ever since Jon Spaihts first wrote it in 2007, so it’s a relief to finally see this movie get made. (Interestingly, Spaihts wrote Prometheus, which opened with a sequence echoing the concept of this movie, with android David spending days alone on the spaceship before the human crew awakened.)

It wouldn’t be Christmas without another Doctor Who special to feel extremely disappointed by, as you try to persuade relatives that the regular show is a lot smarter and rarely as silly. Although, to be fair, there have been a few good festive Who specials (such as “The Snowmen”), but it’s rarely been a benchmark outing for the family drama. This year, The Doctor (Peter Capaldi) will be embroiled in a story involving an American superhero in New York and brain-swapping aliens poised to invade. Co-starring Matt Lucas, Justin Chatwin, Charity Wakefield, Tomiwa Edun, Aleksander Jovanovic & Logan Huffman. 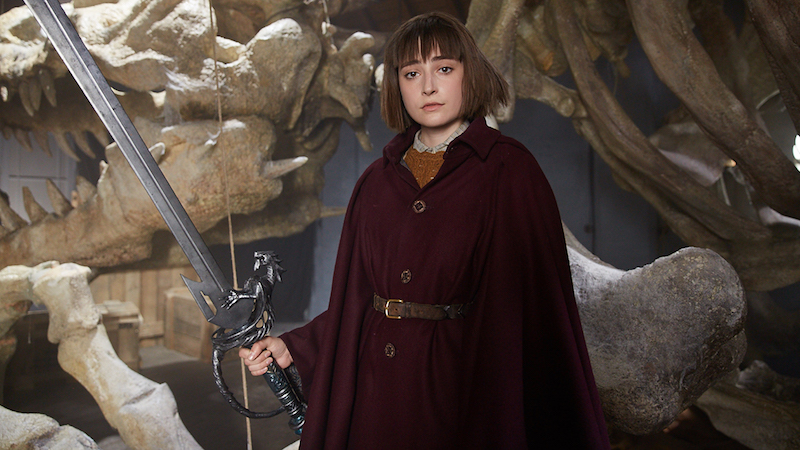 Sky’s big hope this month is an expensive adaptation of Jasper Fforde’s fantasy novel, starring Ellise Chappell, John Bradley (Game of Thrones) & Ricky Tomlinson (The Royle Family). The Last Dragonslayer is set in an alternate universe where magic exists but is being replaced by modern technology, and the unlikely emergence of a 15-year-old  Jennifer Strange as the world’s last dragonslayer. 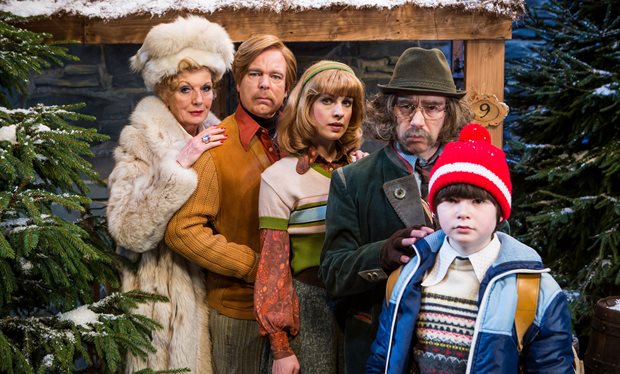 The excellent horror-comedy anthology series returns with a devilish treat for Christmas, set inside an alpine chalet and featuring the evil Krampus monster from Austro-Bavarian folklore. Starring creators Reece Shearsmith & Steve Pemberton, with Rula Lenska & Jessica Raine, “The Devil of Christmas” has been filmed using vintage equipment to capture the look of a genuine 1970s BBC production.

Competition: Win WAR FOR THE PLANET OF THE APES on Blu-ray!