Where last week’s episode felt like a holding episode, part six of Humans was packed with incident, both physical and emotional, and boasted plenty of revelations. After sleeping with the Hawkins’ family Synth Anita (Gemma Chan), Joe (Tom Goodman-Hill) found himself sleeping on a friend’s sofa, ostracised by his family for his actions. Joe is still surprised by the strength of their reaction, too. He still thinks about things too logically—Anita is a machine, a thing—and fails to wrap his head around his wife and children’s emotional connection to her. His son Toby has always thought of Anita as a real girl, but it’s not until later in the episode that he’s proven very literally right, as we finally get an extended look at Mia.

As the family’s matriarch Laura, Katherine Parkinson’s proven herself a very capable dramatic performer, and the scene where she bridged the emotional gulf with daughter Mattie (Lucy Carless) was superbly done. That their bonding eventually came over something familial and unrelated to Synths helped humanise the moment even further. And it’s when the pair are on their way home in the car, discussing openly what was once a secret, and working through issues… that the camera started a very slow zoom on Anita sitting on the back seat. It was a creepy shot—first of all because it was so long and drawn out—and the tension as to what’s going to happen at the end kept on rising, but also because it’s a reminder of the eerie presence Synths provide. There were Laura and Mattie, having the most deep and personal heart-to-heart of their lives, while in the back seat Anita just sits, forgotten and inanimate, yet privy to their deeply personal moment.

And then Anita gasps, and in a blink: she’s Mia!

While Toby had always thought of Anita as a real girl, he had no idea that there actually was a real girl beneath the plastic. And the news disgusts him, given that his father’s sexual use of Anita has thus become a far more complex and seedy issue. But one can’t help but wonder if some of the outrage and disgust that Toby threw at Joe was really directed at himself. After all, he’s the one who actively had a crush on her, tried to touch her inappropriately, etc. Teenage boys tend to be confused enough about sexual issues; poor Toby never stood a chance with this one. 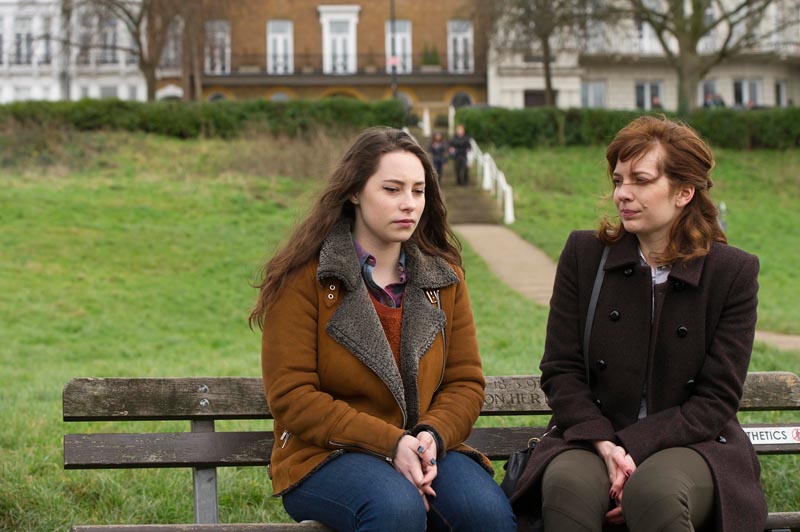 With Mattie bringing Leo (Colin Morgan) and Max (Ivanno Jeremiah) on board to help coax Mia out fully, we also got answers regarding their history, which helped unlock the mystery of the show’s flashbacks. Again, this puzzle was never terribly compelling, but the revelation that Mia was a mother figure to Leo, rather than a lover, was pleasingly unexpected and offered a refreshing dynamic.

The device used to explain the flashbacks, too, was rather nifty; with Leo plugging himself into a TV to visually depict his own memories for everyone (including viewers at home). While we could have pieced together most elements of Leo’s history lesson ourselves, the glimpses of David Elster (Stephen Boxer) at work were very telling. There are obvious signs that Elster was not the benevolent creator we have assumed him to be. There’s also the heavy suggestion that there’s more to that flashback than we were shown. Was that Mia standing ominously behind Elster right before the scene cut-off? We’re told Elster killed himself, but who’d wager the Synths took a stand against their apparently diabolical father figure?

There was a particularly touching scene when Mia finally woke up and found herself surrounded by her true family. The level of warmth and connection on display between them was in stark contrast to the interactions we’re used to seeing between Anita and her false human family, the Hawkins’.

Elsewhere, there were further signs Elster was a bad egg; with Niska’s (Emily Berrington) revelation that he’d used her in a sexual capacity, which made her subsequent stint in a Synth-brothel even more galling. It’s oft-reported that abuse in childhood can tragically lead people down unhealthy paths in later life, and a sexually-abused girl ending up working as a prostitute is not an accident on the writer’s part. It’s even creepier when you remember that, in human years, Niska is barely even a teenager. 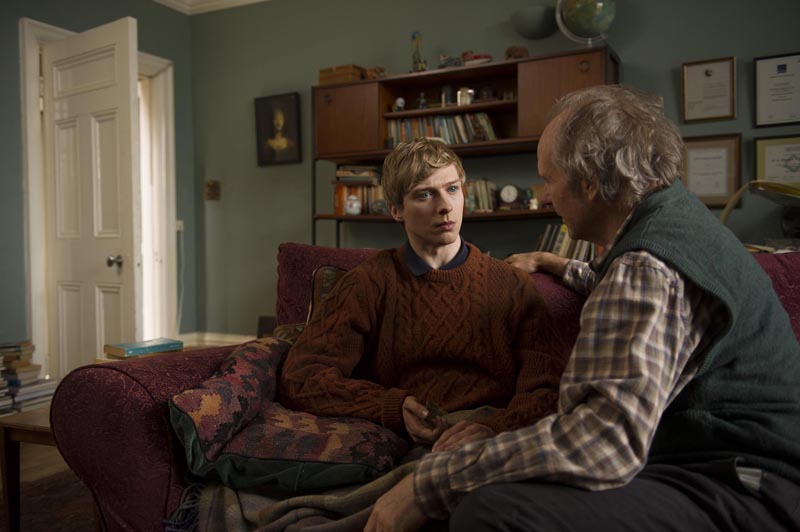 Niska and George Millican (William Hurt) continue to be the show’s highlight, as the genteel doctor here taught the spiky Synth about life and what it means to be human. Niska’s experiences have obviously led her to be untrusting and defensive, but she seems to take that a step further—she seems to actively want to become the frightening killer-Synth that people fear will one day revolt against humanity. “I don’t serve humans”, she spits, when George asked for help opening a tin. It seems petty on her part—just open the bloody tin, Niska!—but it’s our own fears made manifest that Niska represents. George, though, is having an effect. He’s often able to stop her in her tracks with his kindness, and his rather touching refusal to be afraid of her (he’s faced scarier things than her in his time) was superb.

Other parts of the show worked less well. While the comic relief of Jill (Jill Halfpenny) finally sleeping with Simon (Jack Derges)—whose pillow talk leaves something to be desired—was appreciated, Drummond (Neil Maskell) racing to his wife’s rescue when Simon’s behaviour crossed a line, seemed quite rushed. D.I Voss (Ruth Bradley) revealing herself as a Synth to Drummond after they had sex definitely has more potential, but we’ll have to see how that plays out next week. (Voss’s agenda remains the show’s big remaining mystery).

Fred’s (Sope Dirisu) escape from Hobbs (Danny Webb), meanwhile, allowed for a decent action sequence, with the moment the seemingly amiable Synth punched through a door to throttle an unsuspecting guard catching audiences unawares. Sadly, his exciting escape set Leo and Max on his trail, which led to a less effective action sequence…

Sacrificing himself to save Leo, Max became the first meaningful death of the series after jumping off a bridge during a foot chase—but was it worth it?

Max, who started the series as a non-entity, had grown in recent weeks to become far more interesting. His innocence and belief in the good of humanity were hugely endearing, and Ivanno Jeremiah did fantastic work. Scenes with him enjoying a family playing on the swings, and even praying, were distinctly odd, but wholly captivating. But the way the climactic chase was shot doesn’t make it seem likely his “suicide” has actually bought Leo any time at all, and the whole excuse that he has was on low charge felt like sloppy writing—he’d have been well aware of this and would’ve had ample opportunity to charge at the Hawkins resident earlier. Max’s sacrifice was still very noble, and Jeremiah sold the emotional bedrock of the moment brilliantly, but the plot wobbles that led to it felt very transparent.

Humans has proved a terrific series thus far, but there are moments like this when it feels like one more draft of the script would’ve tightened things up.