The firmament really started to shift and shake in “The Threshold”, an episode where characters either literally or figuratively crossed a barrier and found there was no turning back. Cameron (Mackenzie Davis) and Tom (Mark O’Brien) moved into their new California home as man and wife, with the traditional lifting of the bride over the threshold, but such fun and celebration was in short supply. This was otherwise an hour with big upsets and bad news, as Joe (Lee Pace) was fired as CEO of MacMillan Utility for confessing everything he built was stolen code from Gordon (Scoot McNairy), and for awhile it seemed like his risky plan to go into business with Gordon instead wasn’t going to happen.

Gordon kept his cards very close to his chest this week, which was interesting. After receiving news that he’d essentially been given MacMillan Utility and a $25 million windfall, he never told his wife Donna (Kerry Bishé) and instead went over to Joe’s luxury apartment to play the “sore winner”, before suggesting a deal with MU’s board that will mean he walks away with only 10% but everything Joe was working on regarding the NSFNET project. It was difficult to predict what might happen next, but ultimately Gordon decided that he still needs someone like Joe to run a business, and offered him a 49% stake as a silent partner. 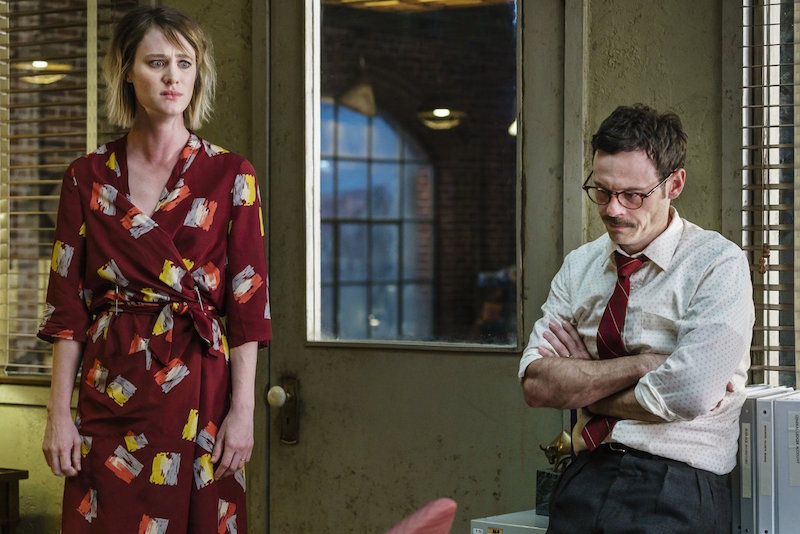 So, now it seems that Gordon and Joe are on the ascent, poised to make the kind of life-changing technological breakthrough with NSFNET they’ve both dreamed of. And it’s interesting that Halt and Catch Fire is moving in this direction, back towards the first season’s dynamic, after the show found its voice after partnering Cam with Donna. Now, it seems the men are back on top and it’s the women who are falling apart…

“The Threshold” contained a huge bust-up that’s been coming for weeks, as Donna and Cam continued to argue about the idea of pursuing an Initial Public Offering (IPO) on Mutiny for $25 million. Donna wants to make the leap now because it will give them millions from Compuserve they can use to develop fresh ideas and expand the business, which Diane (Annabeth Gish) agrees with. However, Cam wants to spend a few years developing Mutiny into something far more exciting—mainly by launching on other platforms beyond the Commodore 64—and try for an IPO that could net them $100 million. It’s a risk, of course, and not one most sensible people are willing to take. Technology changes fast, and you should strike while the iron’s hot. 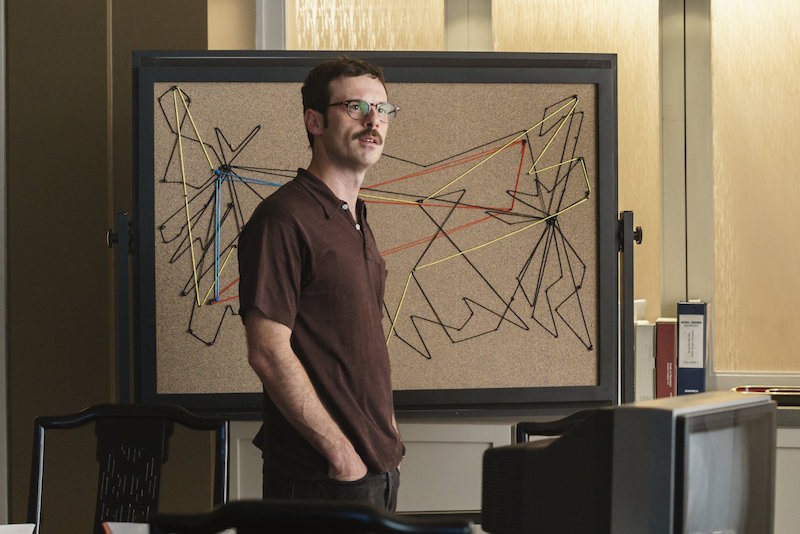 I liked the scene where Gordon let Cam know about Donna’s true feeling over her delayed IPO idea, on the night his wife arranged an office party to celebrate Cam’s marriage, which proved that Gordon has faith and agrees with Cam’s way of thinking… but can’t overrule what his wife wants to do.

A meeting of the Mutiny stakeholders was called. Very ugly words were trades. And a vote was cast—with the deciding vote coming from Bos (Toby Huss), who couldn’t let his paternal feelings for Cam cloud his business brain. To her absolute shock (and Davies has one of the most beautifully expressive faces), Cam’s confidence and bravado cost her everything. Mutiny will go public and her beloved company’s going to be moving forward without her around. Cam slinked off hand-in-hand with her new husband, shell-shocked by not getting her own way, and Mutiny’s future’s in question without its gifted founder’s involvement. 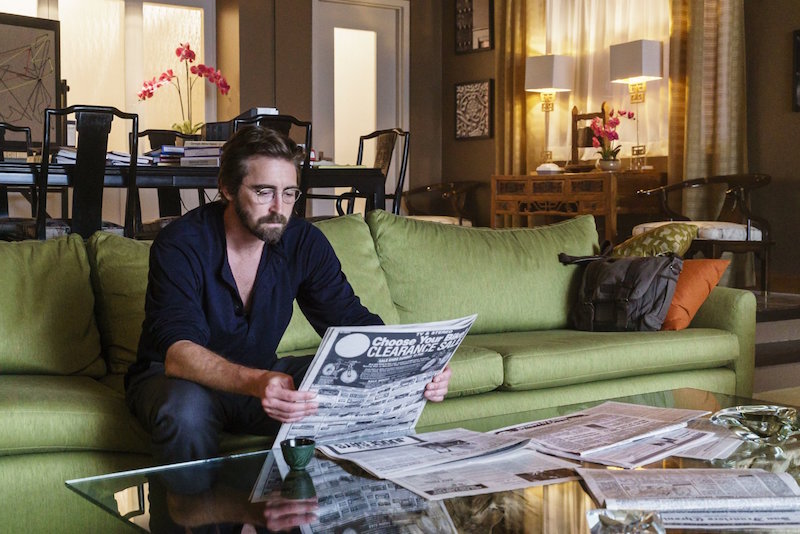 Or is it? Gordon’s a key player in Mutiny and is about to do something revolutionary with Joe and the NSFNET, so will that feed into Mutiny’s future? Whatever happens, I have a feeling the real loser in this is poor Ryan (Manish Dayal), who’s done everything Joe wanted of him, and more, but is so blind in his loyalty that he’s probably now on his way to jail. After hearing what’s happened to his mentor Joe, Ryan decided to release the Citadel code for free onto the internet (against what MU’s board wanted), together with some persuasive evidence that Joe was ousted over his desire to keep the anti-virus software free to consumers. Ryan believes he’s covered his tracks and the leak won’t be traced back to him, but Joe clearly thinks otherwise and backtracks on what was probably going to be an offer to continue this NSFNET work with Gordon and himself. Joe leaves Ryan feeling pretty smug about himself, but I’m expecting the police to be knocking on his door very soon. Joe will likely distance himself from Ryan’s act (to protect his new business venture), and Ryan’s going to be the latest person to fall under Joe’s spell and live to regret it.

This was a great episode, and easily my favourite of the season thus far. The tense situation between Donna and Cam reached a nasty conclusion, and I really can’t predict what will happen now. The power dynamics of the whole show shifted this week—with Gordon and Joe now back as a partnership, in a more textured and interesting way than ever before, and Mutiny’s future hangs in the balance. Can they survive without Cam’s cutting-edge ideas and coding brilliance? Will Cam do her own thing now, or perhaps join Joe and Gordon in their NSFNET venture? She’s admired by both men, after all. But if that happens, won’t the other characters at Mutiny seem a bit surplus to requirements? The exciting thing about Halt and Catch Fire now is knowing we have three episodes left, so plenty of time to see how the chips will fall…