Given that The Americans, in its understated way, has never been beholden to the usual expectations of how a serialised drama should play out, it makes sense that the most explosive moments in season four’s finale come not at the end but at the beginning. “Persona Non Grata” begins where last week’s episode ended, with Philip (Matthew Rhys) going to meet William (Dylan Baker) to receive the lassa virus sample, not knowing that William is being trailed by the FBI. It’s a remarkably tense sequence in the best fashion, as we know that Philip is, as is so often the case, only barely out of Stan’s (Noah Emmerich) sight.

Episode director Chris Long does an excellent job of building suspense in the largely wordless sequence, as Philip, clearly having a bad feeling about the situation, decides to go through with it. He’s left waiting as William, realising he’s been spotted, flees through the park with several agents in pursuit, before deciding to jab himself with the virus before being apprehended. Even a cynic like William, it seems, will sacrifice himself for the cause in the end, or perhaps he did it for the lucky man and his beautiful wife that he tells Stan and Aderholt (Brandon J. Dirden) about as he lies dying in a quarantined hospital room. 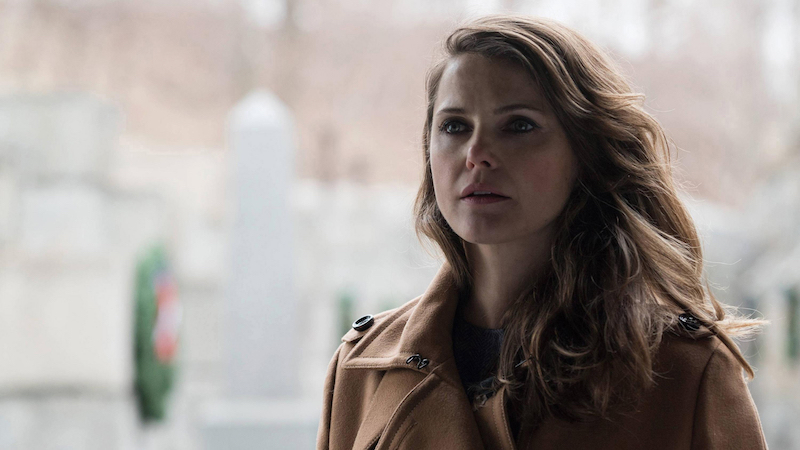 As the best parts of William have oozed out of his orifices (as he so vividly puts) it by the episode’s end, it seems a good time to mention that William (and Baker’s performance) have been a terrific addition to this season. William was a perfectly cynical, morbid counterpoint to Philip and Elizabeth (Keri Russell); having been isolated for so long, he regarded the couple and their ability to provide emotional support for each other like they were a pair of aliens. Baker—whom I’ll always think of first for his truly brave performance as a suburban dad and pedophile in Happiness—has a naturally dry quality that works perfectly in those moments, as William served as a reminder that, for however much of a toll Philip and Elizabeth’s work has taken, at least they have each other (for better or worse). 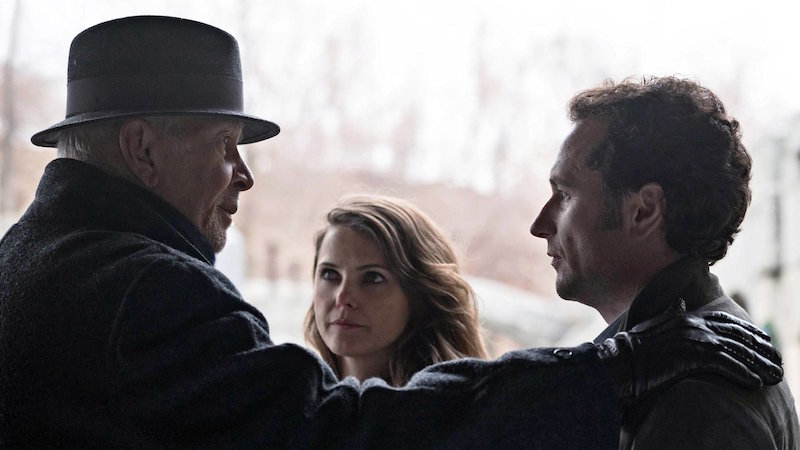 William’s demise is one of several departures in the episode, as Arkady (Lev Gorn) is deported and Oleg (Costa Ronin) decides to return home to his mother. Much of the season has seen the focus of the series narrowing to its core characters, even as it introduces another character—and a huge question mark for next season—in the form of Philip’s adult son Mischa (Alex Ozerov), who we meet as he’s being released from a mental hospital for making critical comments about the government and who, presumably, is on his way to the United States to find his father. It seems like next season is going to be all about family; there’s the Jennings family, and Paige’s surrogate family in Pastor Tim and Alice, and Stan, who—judging by his uncomfortably giddy response to catching Paige (Holly Taylor) and Matthew (Danny Flaherty) fooling around—would very much like to be a part of the Jennings family.

Stan’s long-delayed realisation that his best friend isn’t who he says he is is only one narrative time bomb that The Americans has yet to detonate. Philip and Elizabeth are also given the opportunity by Gabriel (Frank Langella) to return home. They’re conflicted, obviously, about transporting their children to the life they’ve never known, and Gabriel says it’s their choice, but for how long? I don’t know if I’d quite call this a cliffhanger, as it seems clear that season five won’t pick up with the Jennings family in Russia, but how they proceed from here is the question hanging over the start of season five. “Persona Non Grata” isn’t the strongest of the show’s finales–at points, especially in the EST scene, it felt like the show was spinning its wheels reiterating what we already know, and the final scenes felt like an unfinished closing paragraph. It’s not the end, of course, and that brilliant final shot of the Jennings home, looking more like a prison than a respite, is both the perfect capper for an excellent season and an unsettling signpost for the show’s endgame.

Written By
Andrew Bemis
More from Andrew Bemis
It Follows opens with a shot of a quiet, average suburban street, with...
Read More