Nine entries into The Fast and the Furious franchise, and it’s safe to say that all logic, physics, and realism have gone out the window. These movies have always been bombastic fun, but Hobbs & Shaw takes the sheer dumb energy of this series to new ludicrous heights. Long-time franchise screenwriter Chris Morgan recently said the F&F films could easily find themselves in outer space one day. After the credits rolled on Hobbs & Shaw, I was hard-pressed to think of any other way to raise the bar.

With The Fast and the Furious movies, viewers know what they’ll be getting: charismatic muscular alpha males, sleekly choreographed car chases, and heartfelt talk about family. If you’re a fan of the preceding eight movies, you’re going to be a fan of Hobbs & Shaw.

This spin-off follows fan favourites Luke Hobbs (Dwayne Johnson) and Deckard Shaw (Jason Statham) as they’re forced to team up and save the world for… um, reasons. Their main adversary is cybernetically enhanced “bad guy” Brixton Lore (Idris Elba), as he casually describes himself when introduced, who’s after a lethal virus called ‘Snowflake’ which has been self-injected into Shaw’s younger sister Hattie (Vanessa Kirby). 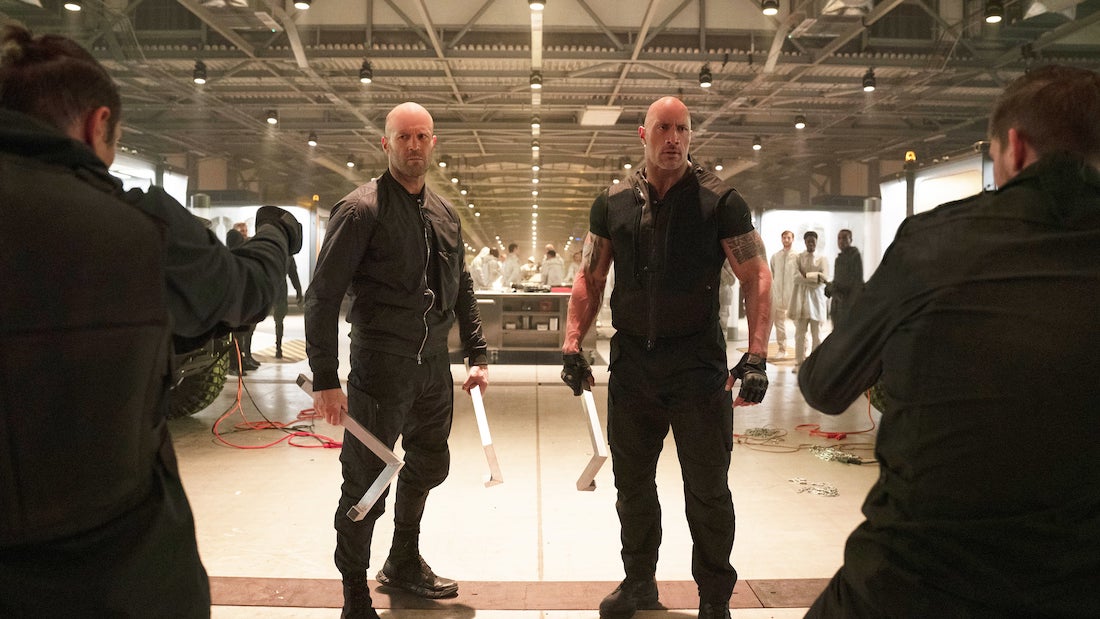 Johnson and Statham again prove they have tremendous chemistry together, bickering like children throughout much of the runtime. But, at times, it can become a little exhausting, especially when the script runs out of clever jabs and their characters resort to calling each other “stupid” and “ugly.” An argument on a plane in which they point out the stark differences between each other—Johnson points out that people “actually like him”, while Statham boasts that he has greater “stealth” than his partner—is one of the more entertaining back and forths in the film.

Unfortunately, we’ve seen these two trade insults many times before. Statham and Johnson have done exceptionally well as supporting players in this franchise, and they’ve both proven more than capable of headlining their own movies. But too much of a good thing can also be a bad thing. Their alpha male pissing contests can grow tiresome, as extended scenes of them trading barbs take up a large part of the story. Fortunately, there are some new characters (including two hilarious surprise cameos) that break up the monotony of their exchanges.

Idris Elba’s superhuman mercenary, Brixton, proves a worthy opponent, too. Elba knows exactly what sort of crazy movie he’s in. A lot of his material shouldn’t really work but, with his tongue planted firmly in his cheek, this “black Superman” makes the material sizzle. He’s a great foil for Johnson and Statham, chewing scenery and basking in the glorious cheesiness of the role. He and his self-driving, Transformer-like motorcycle are impressive elements, and his devil-may-care attitude toward collateral damage makes him a formidable foe. 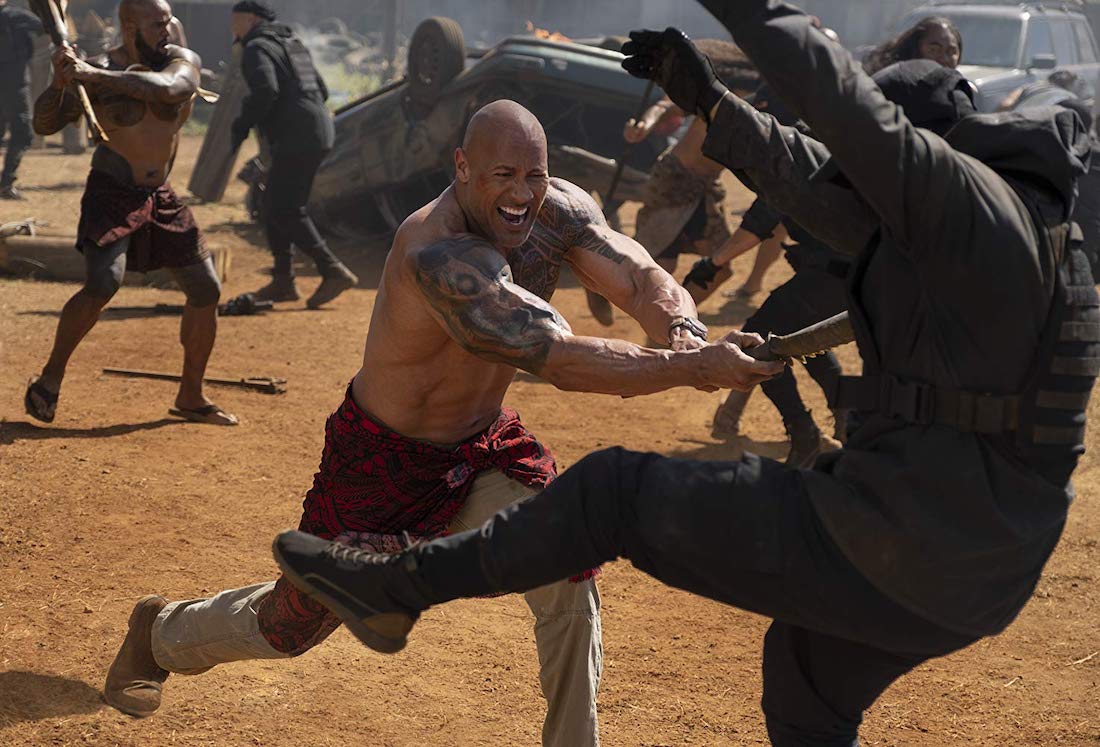 However as good as the three leads men are, the true star of the film is Vanessa Kirby (The Crown) as Hattie Shaw. Fresh off her memorable but peripheral role in Mission: Impossible—Fallout (2018), Kirby steals every scene she’s in because she has more charisma than her three male co-stars combined. She gives a performance far better than a movie like this demands. Frankly, she’s the only thing grounding anything in reality. The next F&F spin-off should be hers alone. After eight films of testosterone-fueled, alpha male misogyny, Kirby is a welcome antidote. The franchise still has a long way to go—Hattie’s described as “hot” multiple times—but her character is never a damsel-in-distress. An unnecessary romantic subplot with Hobbs attempts to give her agency over her sexuality with middling results, but it’s better than anything we’ve previously been given in this franchise. When Hobbs and Hattie finally kiss, it’s Hattie’s decision. It’s not perfect by any stretch, but it’s a few steps in the right direction.

Social politics aside, Hobbs & Shaw manages to be one of the most exuberant, rollicking films of the series and doesn’t take itself too seriously. While the previous F&F entries have been steeped in a melodrama that never quite lands, H&S is more concerned with having fun. And it does. It’s the equivalent of watching a child play with action figures, but with a much higher budget. At times, it feels like a dumbed-down Mission: Impossible (1996).

Director David Leitch (Deadpool 2) continues to prove he’s one of the best action directors working today. He stylishly directs some truly incredible sequences involving shape-shifting motorcycles, crumbling buildings, and a “Samoan ass whuppin’.” The actors and the stunt team all do their part to sell these insane sequences, even when they become a little too ridiculous. It’s a movie in which it’s sort of believable Dwayne Johnson could ground a helicopter using nothing but his massive biceps. A chase through London involving Brixton’s physics-defying motorcycle is slick and stylish, while the third act beatdown between the Hobbs family and Elba’s enhanced army in Samoa manages to be the most ridiculously entertaining set-piece of the entire series. That said, there is nothing in this movie on par with the visceral stairwell fight in Leitch’s Atomic Blonde (2016)—a shame, considering the physical abilities Kirby and her co-stars demonstrate. 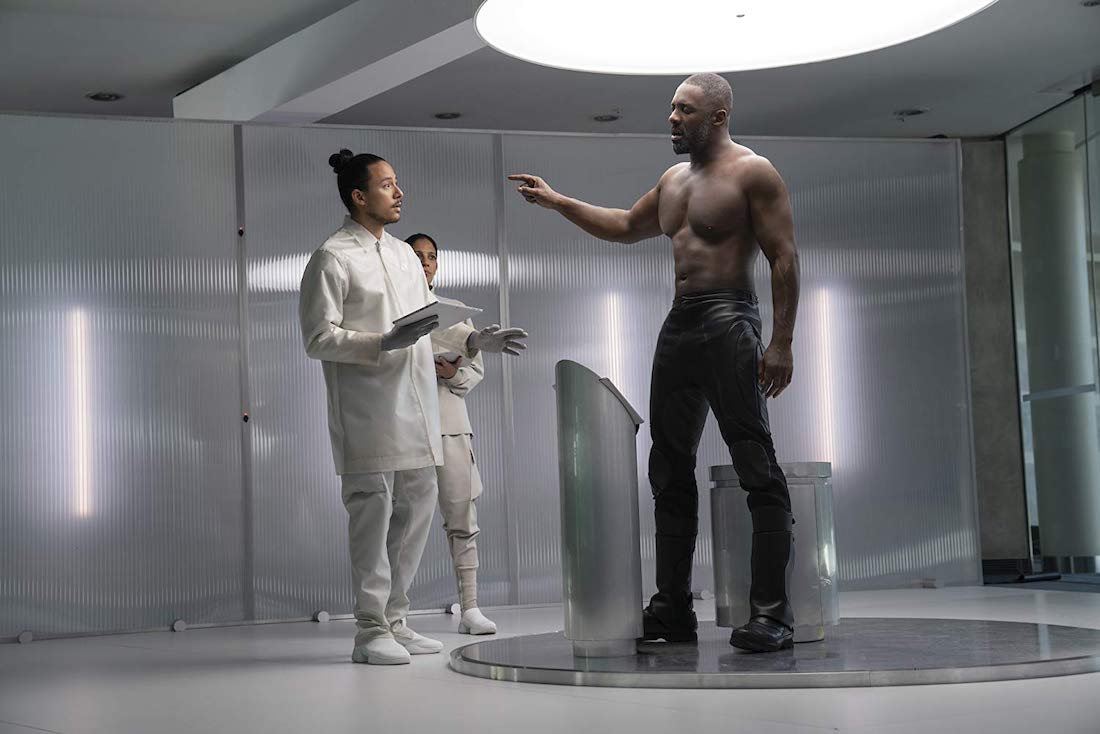 A recurring but underdeveloped theme of the movie is technology vs. analogue. Elba’s villain preaches “evolution” through technology, while Hobbs and Shaw remain rooted in old school beatdowns. The third act in Samoa comes close to fully developing that theme, but it gets smothered in all the explosive action. It’s clear there’s something to be said there, but Morgan and Leitch clearly have other ideas they want to explore.

Therein lies the biggest issue with Hobbs & Shaw. Leitch and Morgan want to cover so many things and plant lots of seeds for potential sequels, that the movie begins to feel bloated. A little more editing would’ve been appreciated, although it’s not excruciating to sit through. In fact, everyone’s so clearly having a blast that it’s infectious to watch—particularly the amusing but inconsequential celebrity cameos.

Inconsequential is actually the best to summarise Hobbs & Shaw. It’s a well-crafted summer blockbuster that knows exactly what it is: big dumb fun for the masses. I smiled and laughed for a few hours but left without having to ponder anything serious. Well, that’s not entirely true. There was one question buzzing around my head: when is Vanessa Kirby getting her own action franchise? 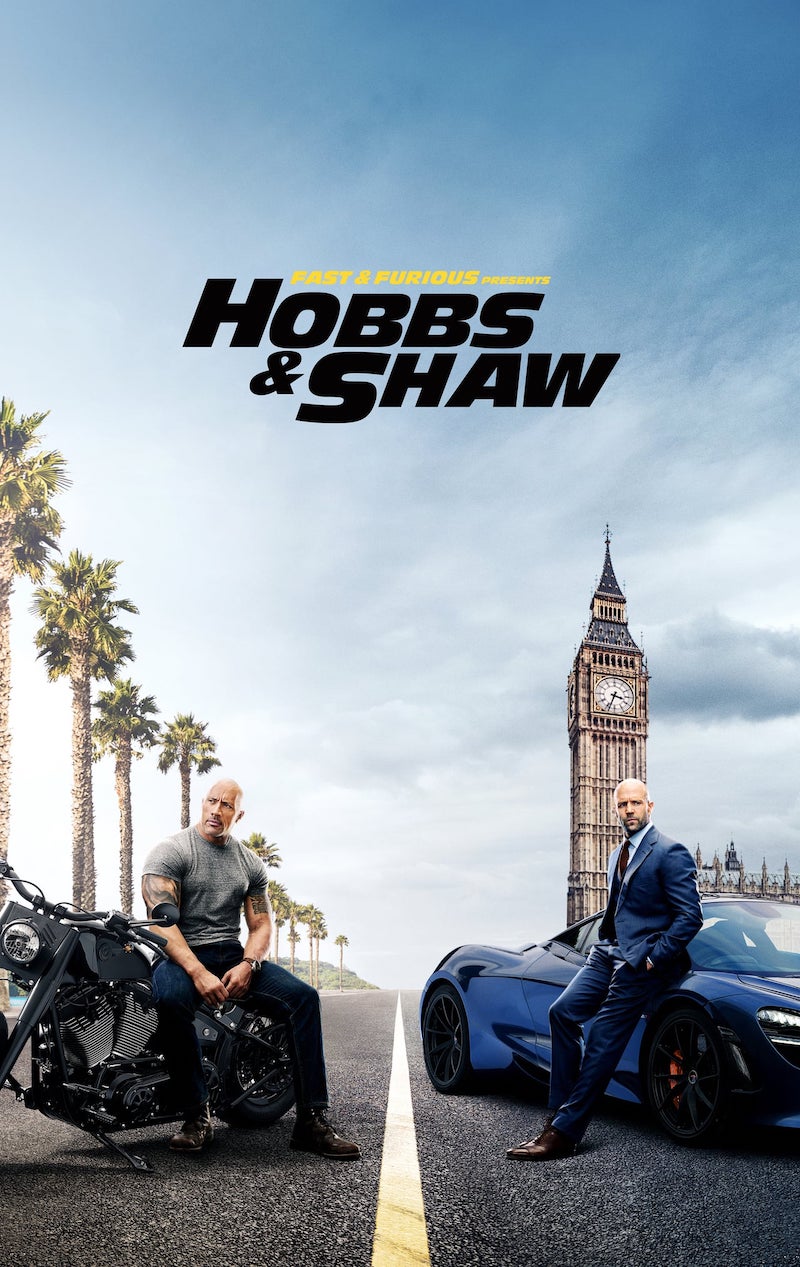