Season 2 of The Crown will forever be known as the time the Royals got racy. It begins in 1957, continuing to blend the private and public lives of the Royal family as both the United Kingdom and Queen Elizabeth (Clair Foy) and Prince Philip (Matt Smith) descend into war. Peter Morgan starts with the Queen becoming concerned about her husband’s five-month tour of the Commonwealth, and any female encounters he may have had, and ends with Phillip’s implication in the Profumo affair.

The Suez Crisis also plays out with too much exposition, especially for those who lived through these events, although it’s vital information for the many who did not. Even with such a large amount of hand-holding, The Crown is never clunky and the progression of the narrative is rarely hindered. The season is guilty of glossing over the political fallout of the Suez Crisis, never showing how much it damaged the British Empire, and instead puts the dramatic focus on the Queen fretting over her marriage. 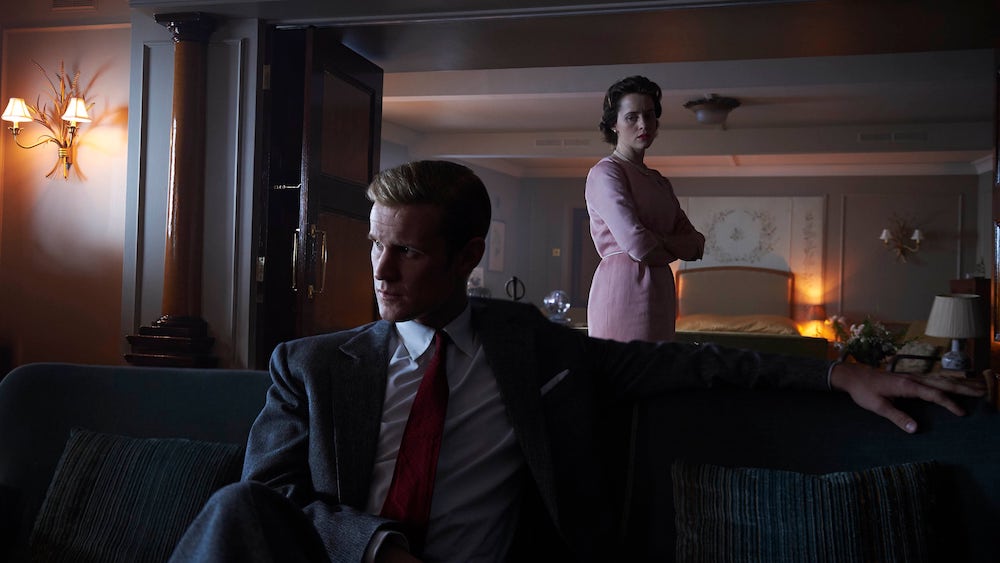 Subplots like Elizabeth’s pregnancies are rushed through, whilst her sister Princess Margaret’s (Vanessa Kirby) sex life is explored in awkwardly intimate detail. It’s hard to fit a decade of anyone’s family story, let alone this famous one, into a ten-hour narrative, of course. Most of the time, The Crown manages the balancing act, but not as well as the first season.

The aforementioned Margaret is finally given room to shine as a vulnerable but bitter party girl, having raucous fun way before Prince Harry made it cool decades later. Her relationship with ‘Lord Snowdon to be’ Anthony Armstrong Jones (the ever charming Matthew Goode) comes under the microscope, portraying Margaret as a caged bird finally allowed to fly free. Kirby brings sympathy to a spoilt rich girl who drinks too much, living in a fog of cigarette smoke and drowning in her own self-pity. The Crown doesn’t shy away from showing that nothing will ever be okay for Margaret, as long as she’s part of the Royal machine which she’s too enamoured with to ever let go. It’s a refreshing change to spend time with the looser, hot-headed princess after spending so long with her uptight and pinched sister at the centre of this series. 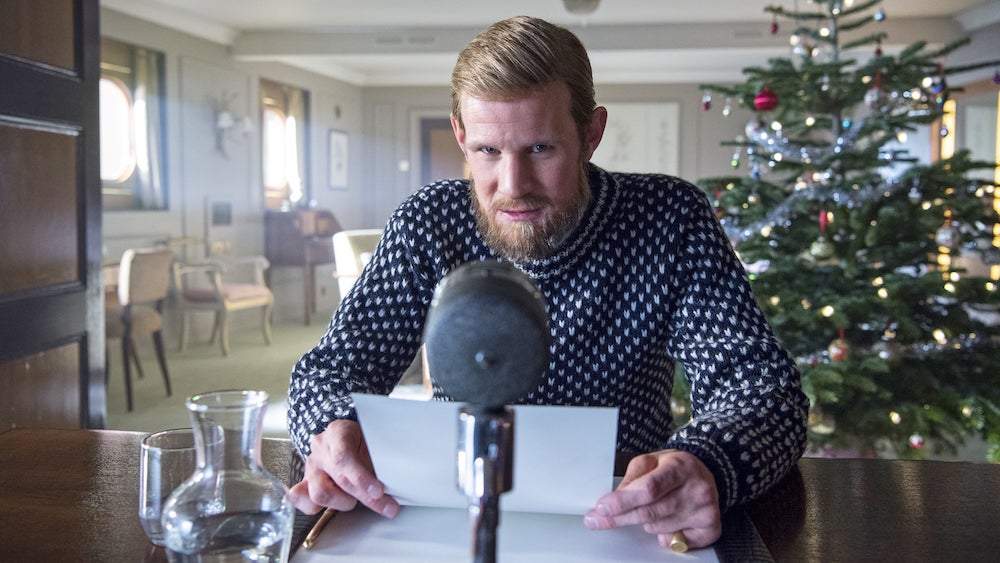 Prince Phillip is the character who most benefits season 2, although Matt Smith’s talent is never allowed to truly shine. Several episodes feature flashbacks to Phillips’ extraordinary, yet mostly forgotten upbringing: from his early exile in Paris to his mentally ill mother and a Nazi-sympathising family. In later episodes, we see how this impacted on Philip’s own relationship with his eldest son Charles. They make the brave decision to never use his past to justify Phillip’s gaslighting of the Queen and anger towards his son’s lack of military ambition. Time will only tell if Outlander star Tobias Menzies will bring as much charm and jealousy to the Prince, as he inherits the role in season 3.

The younger Queen Elizabeth is at her best when proving she won’t be tramped on by the men in positions of power. One of the strongest scenes in season 2 is when the Queen confronts her family’s past, unveiling the traitorous dealings that the Duke of Windsor (Alex Jennings) had with the Nazis. She also takes on various Prime Ministers with such force it makes it hard for any female viewer not to respect her. 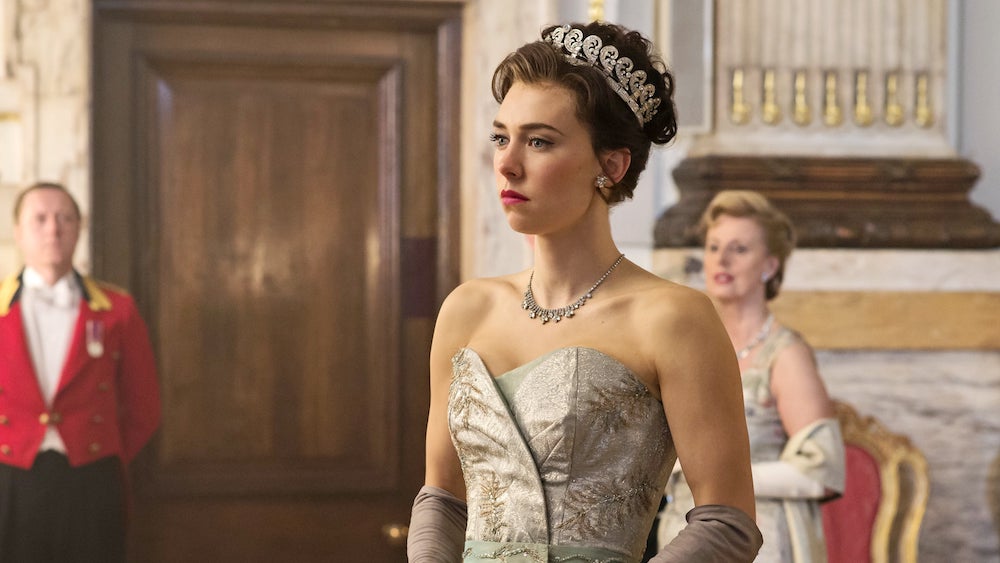 The fifth episode, “Marionettes, is a real highlight as it d depicts one of the Royal family’s biggest turning points. The Queen starts to feel like a bad fit for this modern post-Suez Britain, with her old-fashioned style and attitude. A condescending speech in the Jaguar factory forces Altrincham to call out the Queen, in a harsh op-ed that refers to here as “priggish and twiggy”. This episode finally allows audiences to be sympathetic towards Elizabeth, realising the fine line she must walk between being “ordinary and extraordinary”. The episode is one that’ll leave you thinking about what side of the fence your opinion sits on regarding the British monarchy, although it’s clear creator Peter Morgan and his writers are pro-monarchy.

The Crown isn’t afraid to shy away from the imperfections of the Royals, either: from their Nazi connections (which now seem more relevant than ever) to Elizabeth squirming in the presence of the more glamorous Jackie Kennedy (Jodi Balfour). The Kennedy episode (with Dexter star Michael C. Hall as JFK) is a particular delight because it’s so rare to see the stoic Queen squirm amongst the new wave of politics. Audiences can’t help but wonder if this attitude will later be revisited by the introduction of Princess Diana. 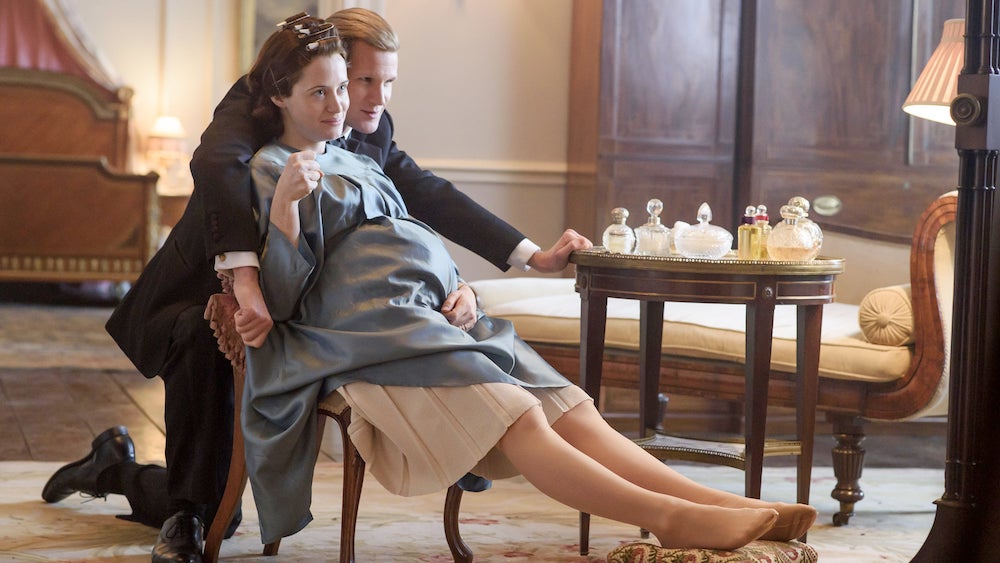 For a show that as set out to capture the life of Queen Elizabeth II, this season of The Crown relegates her to little more than a pawn in the lives of her family. This becomes more and more frustrating as the episodes go by, as there are so many unanswered questions about a famous woman who becomes a background character in her own story. Events appear to orbit around her and Elizabeth just never seems to naturally react to them. “No one wants complexity and reality from us,” Queen Mary (Eileen Atkins) states at one point, and this could be said for the Queen’s reduced role here.

This ten-hour study of the Royal family is never dull, despite much of the audience knowing how it ends. Claire Foy is again the runaway star of the series; wonderfully subtle at conveying the thoughts behind that regal mask, with just a minor quiver or careful recomposition to highlight the monarch’s true emotions. She’ll be truly missed in season 3, with Olivia Colman (Broadchurch) taking over the character. 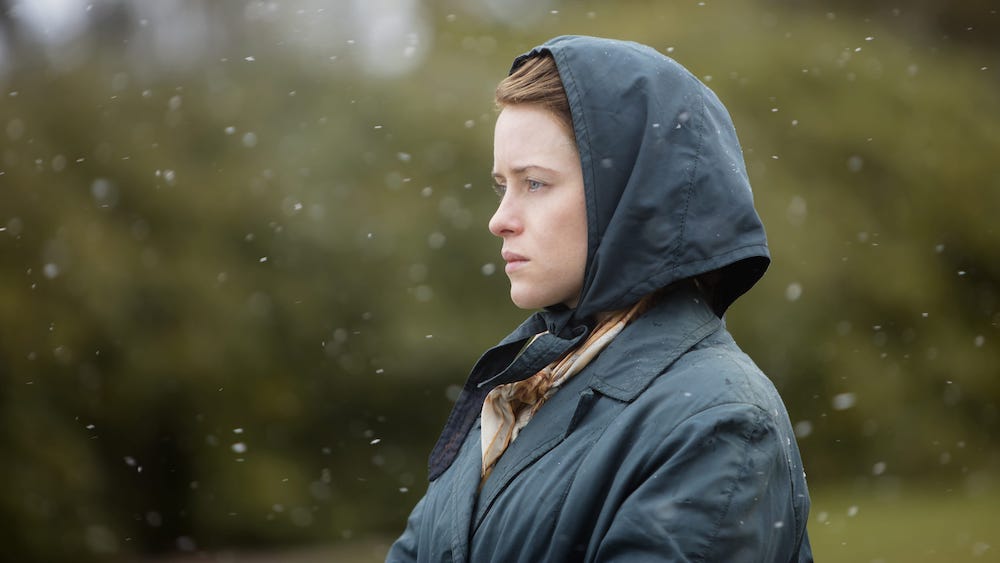 The Crown’s season 2 is altogether more scattershot than the first, partly down to the unavoidable loss of Winston Churchill (John Lithgow) and the Queen’s father King George (Jared Harris). There’s still a lot to enjoy, however, as the rumoured £200M budget deliver lush settings, location shooting, and costuming. The real shame is how the season doesn’t give Claire Foy the material her swansong performance deserves.

For a show that has so much attention to detail in the production, the featurettes on the DVD are a weak showing. The bonus material includes a featurette about royal etiquette and a piece about the queen’s love of horses and hounds. The Blu-ray features a few more additional fact or fiction featurettes, presented by historian Robert Lacey, but since this history is so recent there are very few surprises.