Compared to the untraditional The Witch Who Came From the Sea (1975), the other two entries in Arrow Films’s American Horror Project follow a more expected pattern. Having had the pleasure of watching Malatesta’s Carnival of Blood I can safely say it’s a pure horror experience that director Christopher Speeth takes full control of, confusing the senses and giving audiences an unnerving ride. It’s not big budget and doesn’t have the most original of concepts, but the way Speeth directs the story using such strange and bizarre imagery makes Carnival of Blood an enjoyable and unsettling tale deserving of your time.

The idea of circuses and travelling carnivals has formed the backbone of horror for longer than any of us can remember. Freaks (1932) remains one of the most uncomfortable of movies ever made, and continues to be an influence today. American Horror Story: Freak Show owed it a particular debt just recently. Just don’t expect Malatesta’s Carnival of Blood to look as slick as a modern cable drama! In the special features Speeth is open and honest about the budget limitations, and what he would change or add if more cash had been available. It’s thus even more impressive that he managed to make such an effective movie without much financial support, and I admire his understanding of the genre and his ideas about how to manipulate viewers.

The story itself focuses on Mr and Mrs Norris (Paul Hosteler and Betsy Henn), who lose their son after he visits the local carnival. Following his disappearance, they get jobs at the carnival in order to investigate the owner, Malatesta (Daniel Dietrich), and the manager Mr Blood (Jerome Dempsey). It’s not the most exciting of setups, but it allows us to spend a decent amount of time in an atmospheric and disorientating environment, and one that partly allows you to forgive the questionable acting and script. 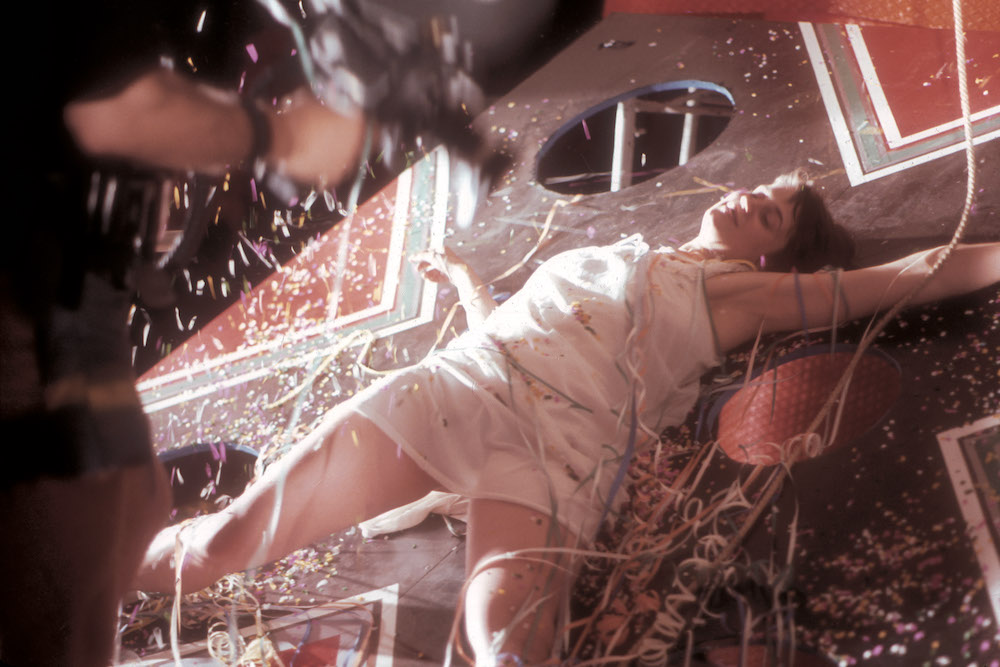 The Norris’s daughter, Vena (Janine Carazo), plays an integral part in unravelling the mystery, and gets thrown into the heart of the carnival’s kooky lineup. Unsurprisingly, Mr Blood is a vampire, which you may have guessed from his name, or even the title of the film. He’s also working with a gang of cannibals. Some of the characters are bordering on ludicrous, but the general weirdness adds to the story’s creep factor. It feels as if everyone’s completely unhinged and anything could happen. A personal highlight was Bobo (Hervé Villechaize), because the actor fully inhabits his character and, according to a featurette on the disc, was completely dedicated to the director’s vision as a whole.

One can’t help but wonder what Carnival of Blood might have been with a larger budget. Speeth clearly had an array of ideas, but limited opportunities to deliver on them. Various characters are mentioned along the way, yet never seen, while the editing is simplistic. It’s a blend of bizarre experimental soundtrack and trippy sequences you can’t take your eyes off, to the point where the plot loses all relevance. You keep watching to see just what they come up with next. It won’t be for everyone, but it’s nice to watch something that takes a familiar story and tries to present a fresh angle.

Malatesta’s Carnival of Blood demonstrates exactly why Arrow Films specialise in digging out films that haven’t reached wider audiences before. Horror genre can be so bogged down in sequels and bland Hollywood fare that these unusual and challenging archival films are a breath of fresh air. This one’s a distinctive horror that blends the familiar with hazy dreamlike visuals, and by the end you’ll be so disorientated you won’t know what to do with yourself. 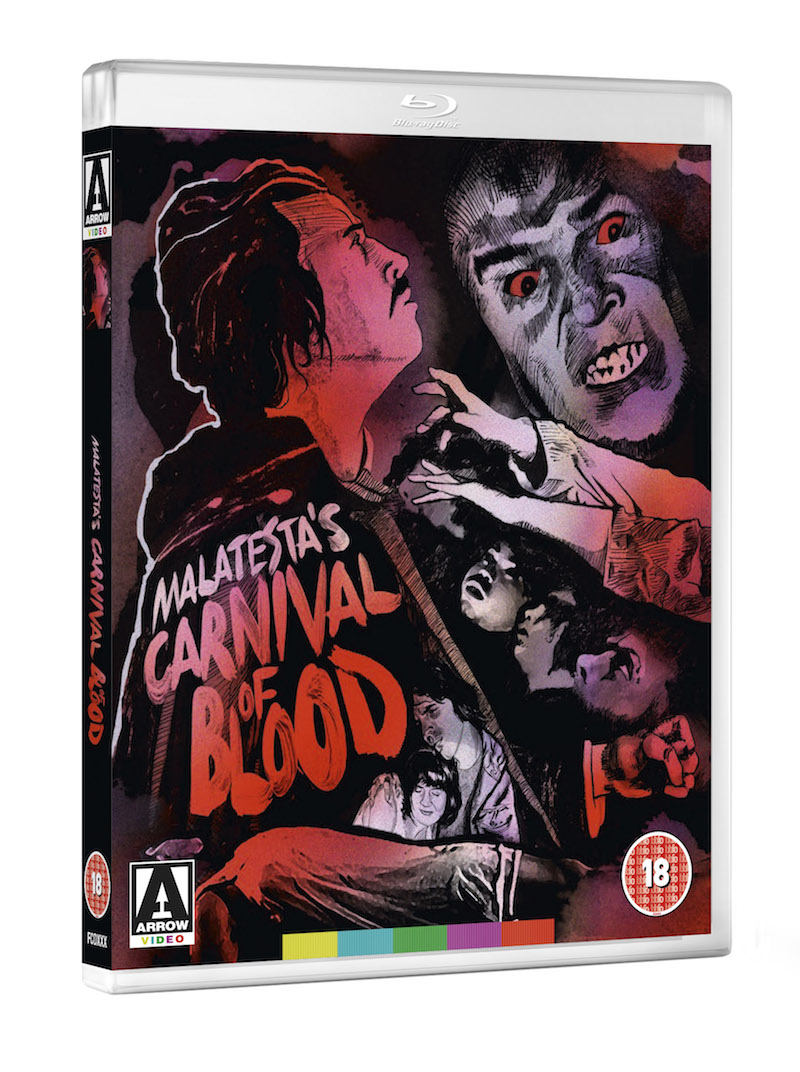