Shortly after opening his first Disneyland theme park in California in the 1950s, Walt Disney envisioned a second resort south-west of Orlando, Florida. It was intended to resemble an actual city, hosting a planned community of real people who’d serve as prototypes for experiencing new urban living innovations. That may sound almost dystopian half a century later, but while Walt was still alive there were concrete plans, approved by the Government of Florida, to give the Walt Disney Company the autonomy to govern the district where the park now stands. The plan for the city had a name: Florida Project.

Once Mr. Disney passed away, his experimental concept was put aside and the company focused on constructing the resort as we know it today. However, the ‘Florida Project’ survives, just not how Disney envisioned, but in the form of motels and cheap rooms for rent that have appeared on the park’s immediate surroundings. These accommodations might be painted in bright colours and called ‘Magic Castle’ or ‘Futureland’, but are more akin to housing projects, where the poorest US families resort to living while they desperately try to make ends meet. 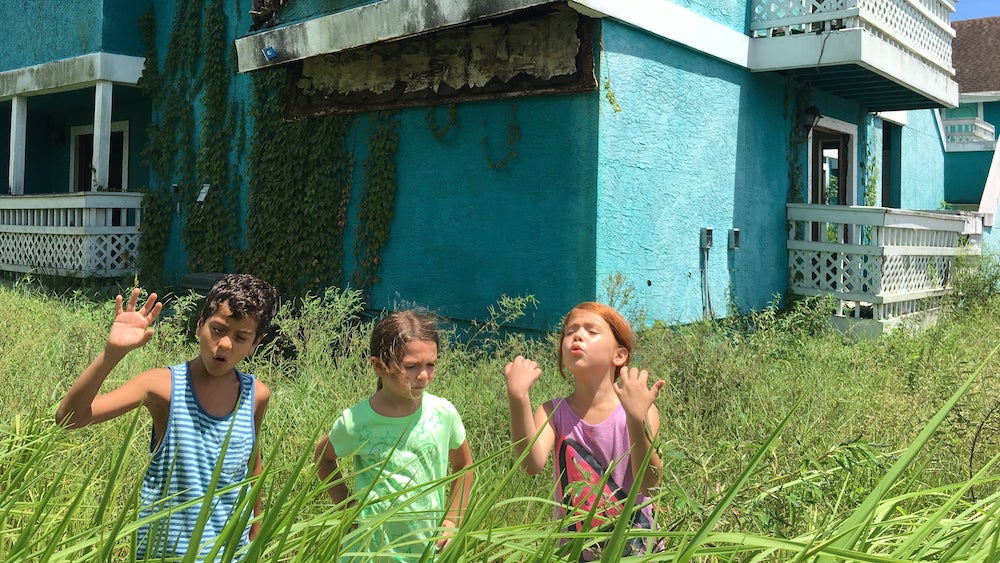 Fresh from the success of the internationally acclaimed Tangerine (2015), famously shot on an iPhone, writer-director Sean Baker has set his latest film in one of these motels, showing the heartbreaking contradictions of a dreamland surrounded by bleak, real-life examples of inequality and appalling living conditions. The Florida Project is seen through the eyes of six-year-old Moonee (Brooklynn Prince) and her friends, who spend their summer holidays running amok by the buildings, much to the dismay of Magic Castle motel manager Bobby (Oscar-nominated Willem Dafoe). Her mother Halley (Bria Vinaite), by contrast, really couldn’t care less about her daughter’s transgressions. Time and time again, the film faces us with Halley’s truly unacceptable behaviour: she swears in front of her daughter, never disciplines or supervises her, hawks perfume and begs for money in the parking lots of the district’s hotels, and becomes abusive towards anyone who doesn’t give her what she wants.

We’ve been taught to judge people like Halley harshly. TV shows and trash magazines continuously feed us “bad examples” of parents that are too lazy or stupid to do the right thing. Comparing our successful life choices with their failures makes us feel better, titillating our egotistical self-righteousness. The Florida Project helps us put things into perspective. Halley is forced to live in a room she struggles to pay for but is unable to leave, be it for lack of viable options or having made too many wrong choices. She’s the true face of the Catch-22 millions of poor people find themselves in: living too precariously to find a decent job, but being too poor to improve their living standards. Halley watches Disneyland’s fireworks from afar, while smoking a cigarette outside her $35-per-week room; in the meantime, the Walt Disney Company boasts a revenue of over $50 billion per year. 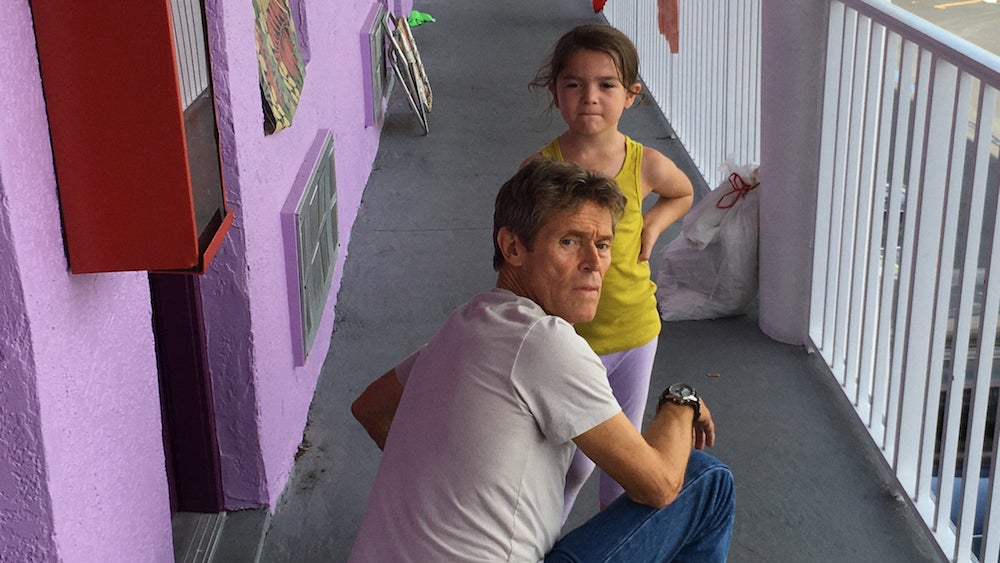 Tension in the film is slowly built; most of the time is spent with Moonee and her friends, running around the motels, inspecting abandoned condos, being silly kids enjoying their summer months. Although their performances are unexpectedly convincing for child actors, some viewers might quickly get bored of their prolonged mischiefs. The Florida Project’s plot is not particularly rich, but the neglect the kids live in will inevitably lead to trouble and get the story going. The children’s innocence and playfulness initially feel light-hearted, but soon develop into gloomy, ominous forerunners of the completely opposite emotions that will mark their adult life, as we see them in the grown-ups living in the motels.

It’s very telling, then, to see Halley almost refuse to grow up. She still plays and acts like a child, throwing tantrums and indulging herself with presents when she finally puts some unexpected money together. Bria Vinaite, who was found on Instagram by Baker and cast in the movie despite having only a few acting lessons, is a true revelation. Seldom have I seen such a strong debut. Vinaite perfectly incarnates the unschooled, roughly-spoken, helplessly tragic character, and portrays her so naturally it becomes very hard not to feel a real distaste for her. Baker is not new to this kind of essential filmmaking: since his first film Take Out (2004), shot with a $3,000 budget, he’s always managed to make the most of limited resources. 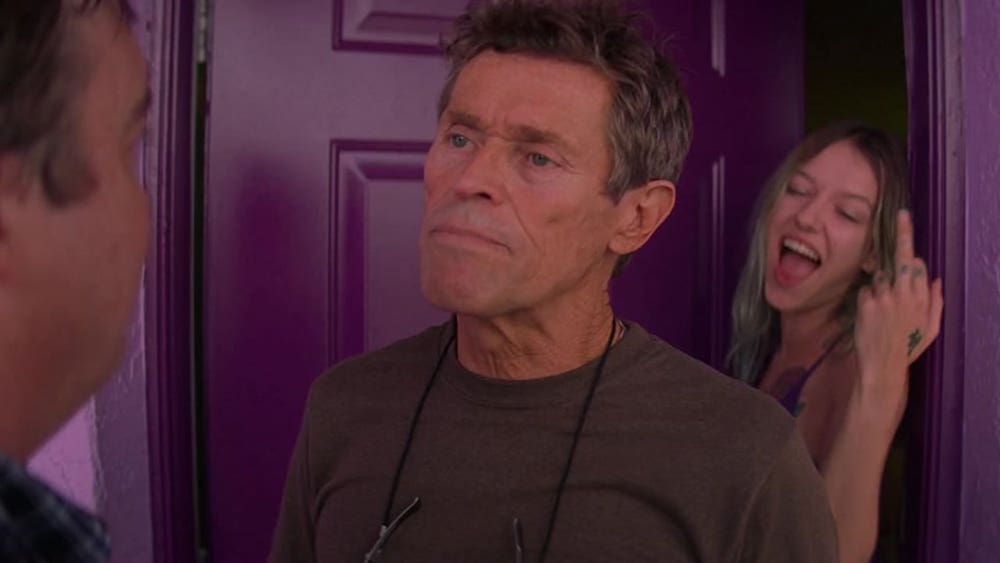 For The Florida Project, Baker makes excellent use of the $2 million at his disposal. So much so that you’ll notice some resemblances with another film set in Florida, that likewise touched on poverty-related struggles, and made on a similar budget: Barry Jenkins’s Best Picture Oscar-winner Moonlight (2016).

It’s impossible not to be completely overwhelmed by the colours of The Florida Project. I’m still in awe of the purples, oranges, and reds of the houses and cartoon-themed shops. The vivid green of the grass, the bright shirts worn be the protagonists. The majestic rainbow crowning the motel. Baker and cinematographer Alexis Zabe selected a colour palette that couldn’t be more spot-on in defining the contrast between the kids’ adventurous summer, the Disney dream-factory, and the sad, lonely, tragic lives that surround them — and probably await them. 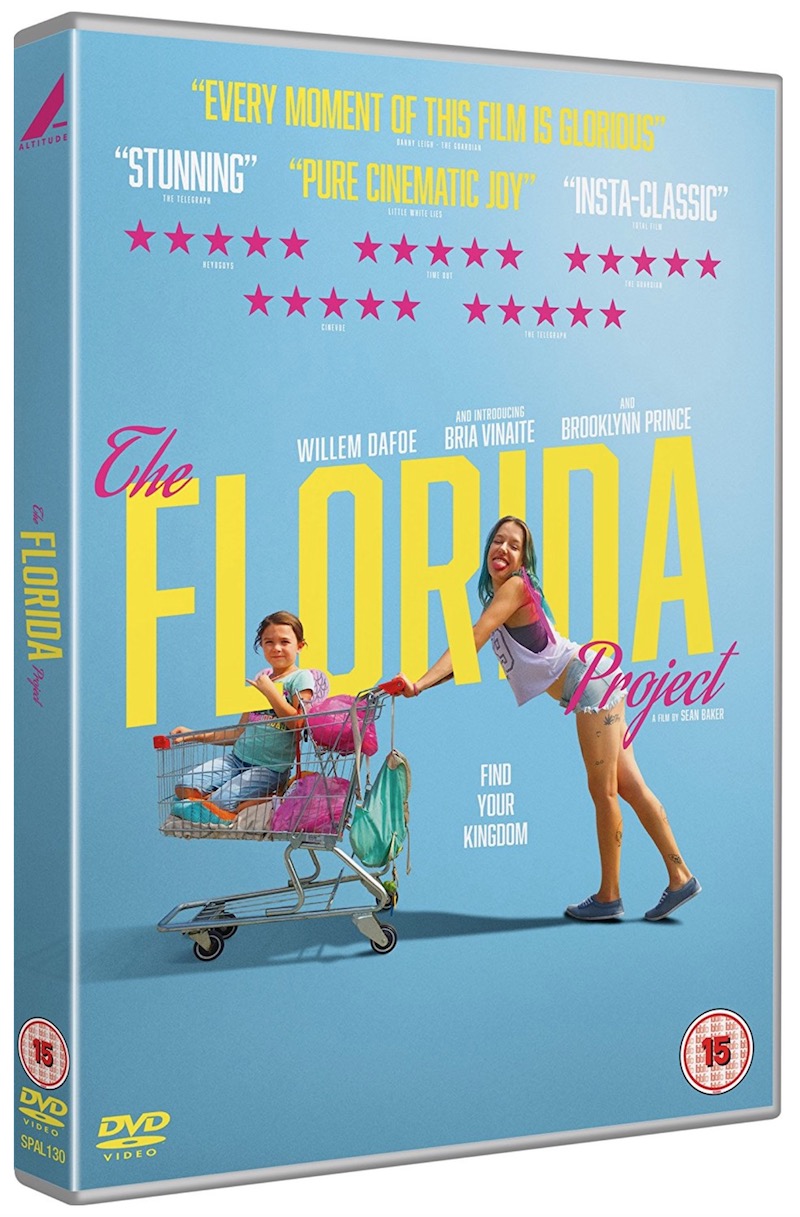 I’d certainly argue in favour of getting the Blu-ray version of The Florida Project, as the colours of its 2.38:1 ratio image are magnificent. The DTS-HD Master Audio 5.1 track is also great for ambient noise, does a great job with dialogue, and really pops whenever a needle is dropped on a pop song.

Neither the DVD nor the Blu-ray feature an audio commentary to the film, but the other special features make up for it: