The surge of exploitation movies in the late-1960s was mostly possible thanks to a relaxing in censorship regulations, and the guerrilla-style filmmaking many directors embraced. None of these films were intended to be masterpieces, but a few of them rose to cult status quickly and inspired generations of filmmakers.

Craven, like many of his peers, took advantage of the accessibility of the horror genre: its opportunity to explore a broad scope of storytelling possibilities on a limited budget, its alluring controversial nature, and its growing audience. On the downside, these game-changing ’70s horrors spawned an unbearable number of copycats and the resulting drop in quality —especially when it comes to milking the genre’s most lucrative cash cows with embarrassing sequels, poor remakes, and cynical reboots. 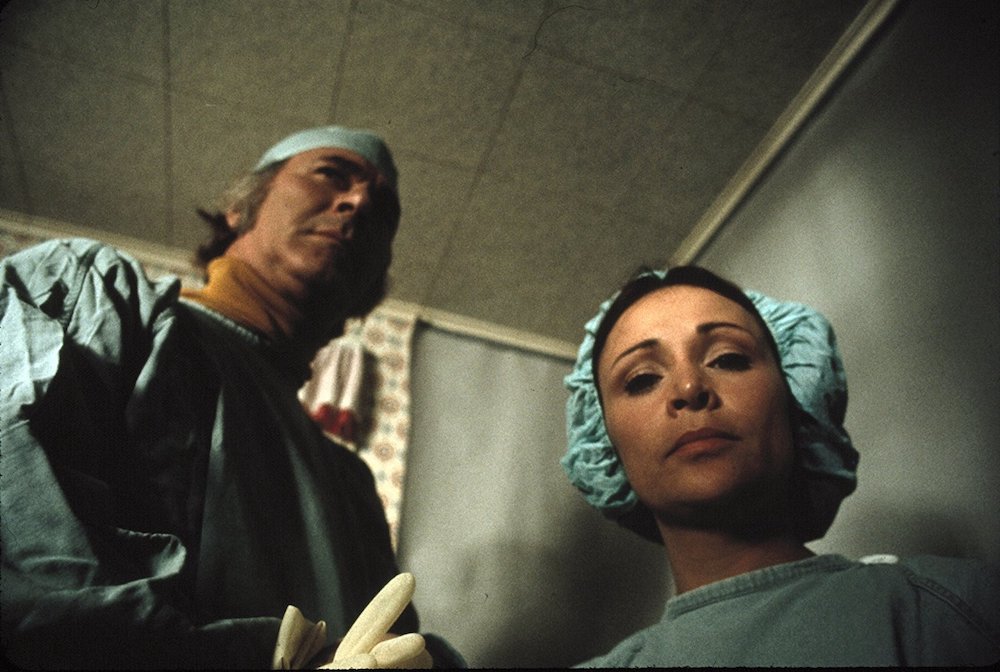 The Last House on the Left has fallen prey to this vicious circle, too, when a 2009 remake (executive produced by Craven himself) was released to abysmal reviews. Not that the original was universally loved, but if you compare the two you’ll see that the negative reactions came from substantially different places: while the ’09 version caused exasperated eye-rolls, the original truly shocked and outraged people and became a victim of censorship. It was a perfect mix of ingredients, turning it into a major box office success despite, or perhaps due to, the controversy it caused in the media.

Set in a typically suburban area of the US, the film follows the ordeal of Mari Collingwood (Sandra Peabody) and her friend Phyllis (Lucy Grantham), who are abducted on the way to a concert and horrifically abused by a gang of criminals, led by the ominous Krug (David Hess).

Craven goes as far as involving the Collingwood family in a finale that plays like a Greek tragedy, with added chainsaws. The Last House on the Left is violent, explicit, unforgiving, but most of all deeply distressing. It touches on sexual violence, drug abuse, mental illness, torture, murder, revenge, death… and does so with a naturalistic look redolent of documentary or amoral snuff movie. Who needs the ‘found footage’ genre when Wes Craven’s terrifying teenagers in the middle of the woods?

To contrast the intense imagery on screen, Craven toys even further with the audience by using an absurd soundtrack made of upbeat childish tunes, as if making fun of the gruesome events depicted. It’s no surprise that most of those who dislike The Last House on the Left find the music unbearable, often as much as the violence itself.

It does look like Craven is onto something, as the tone of the film fluctuates often, most memorably during oddly comical sequences involving two incompetent cops straight from an episode of The Dukes of Hazzard. The gimmick inevitably accentuates the horror of the most brutal scenes, and plays like a parable of the incongruous American lifestyle, apparently dreamlike and prosperous but fundamentally repulsive and unsustainable. It’s still a gimmick, though, and its artificiality is obvious. 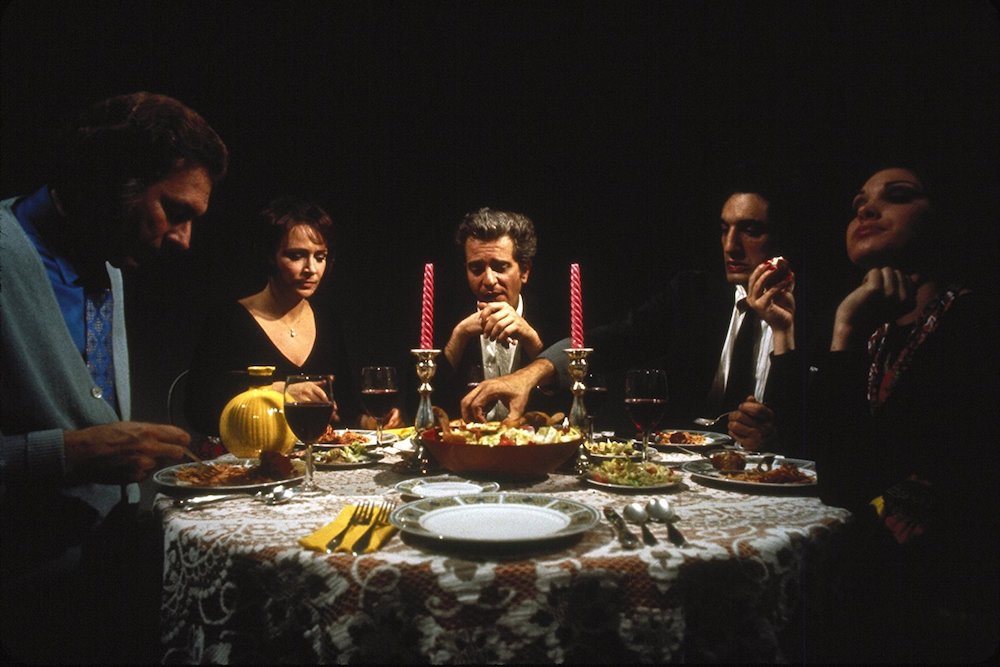 Quality-wise, The Last House on the Left is definitely not in the top tier of all-time best horror movies (not that one would expect it from a debut feature costing less than $90,000 to make), but it’s certainly true to the director’s intentions. Craven drew inspiration from Ingmar Bergman’s rape and revenge film The Virgin Spring (1960), and wanted to make his depiction of violence clear and unambiguous.

Forget convoluted plots, omnipotent villains, jump-scares, gleeful killings, and everything else that’s come to exemplify modern horror films: The Last House on the Left is terrifying because it’s so unglamorous.

Craven resorted to all sorts of tricks for the practical effects: like intertwined condoms filled with jam to simulate human guts, or a belt sticking out of a man’s zipper to give the actress something to bite on during a particularly painful oral sex scene. Actors were mostly inexperienced first-timers, and the crew filmed at certain locations without permits. A fair deal of what was once termed “method acting” was involved, now better described as “workplace abuse”. Everything adds up to consolidate the cult status of The Last House on the Left.

Many different versions of this film existed, because overzealous projectionists applied their own edits before screening it to audiences. The final version of the film had to be re-cut by retrieving several reels from around the world; but while some of the sequences could be put edited back together, whereas others are unfortunately lost forever. More about this on the unmissable and extremely rich special content included on the three Blu-rays… 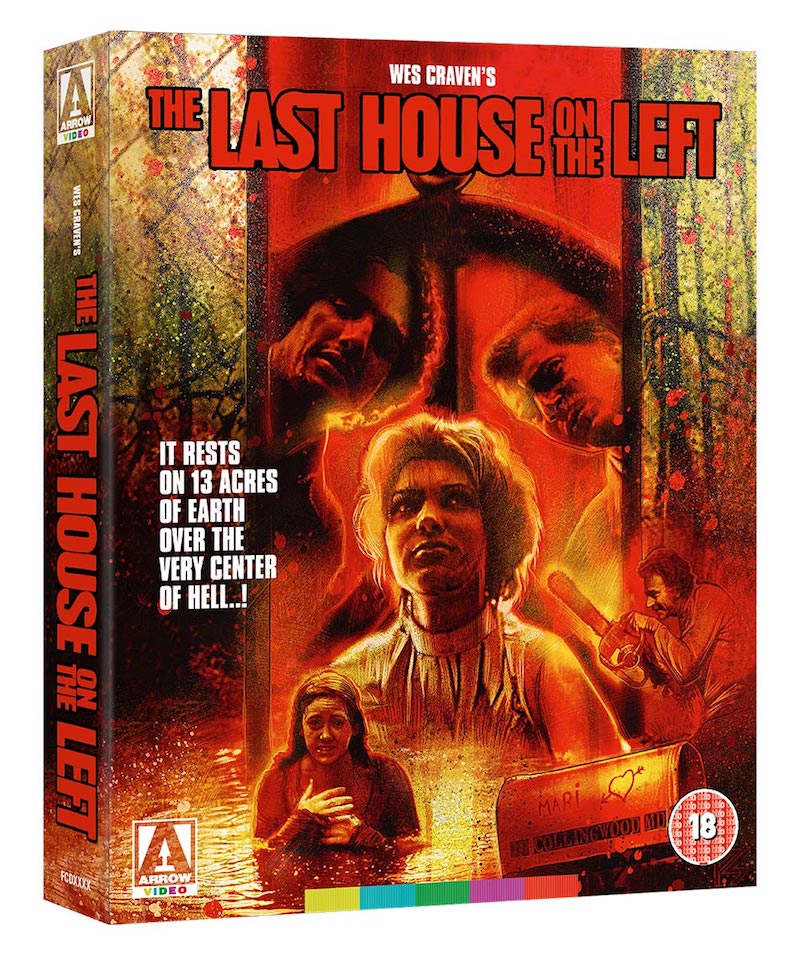 The film has been restored to a 2K resolution that still lends the image its signature graininess. It plays great in 1080p, preserving a stylish vintage look. The audio is the original uncompressed mono track, so you can really enjoy those soothing ballads accompanying rape scenes as intended by the filmmaker.

Arrow Video’s new Limited Edition includes two Blu-ray discs with film content, and a CD containing the complete remastered film score. Three different cuts of the film are available, including the Unrated Version, together with an array of special content listed in full below. Audio commentaries and interviews with director, producer, and actors are all included, some from the archive, others newly recorded.

Watch out for fascinating material like the Making Of, which also covers the memorable marketing campaign (“To avoid fainting, keep repeating ‘It’s only a movie’…”), a cast and crew discussion on the film’s most controversial scenes, more than one featurette on the special and practical effects used, the filming locations, outtakes, and deleted scenes. And this only what you’ll find on one disc, as the second Blu-ray goes even further with more content: other interviews, different R-rated cuts of the film, and an intriguing 2003 mini-doc called Krug Conquers England that follows the UK re-release of the movie in 2000.