The news that NBC has decided not to renew Hannibal for a fourth season is disappointing but no surprise. Frankly, it’s remarkable that a drama this weird, gory, and arty—even by cable standards—has survived for three seasons on a mainstream network. While I hope the show will soon find a new home, the fact that Hannibal‘s never been able to secure the rights to The Silence of the Lambs and its characters has always made it unclear what the show beyond the events of Red Dragon would even look like. In this recent interview with Vulture, Fuller expresses a mixture of excitement and ambivalence about his adaptation’s future; and judging from the way season 3’s repurposed aspects of the Hannibal novel (as well as the way Red Dragon will be folded into this year’s events, instead of becoming a standalone season), it seems the writing staff predicted NBC’s decision and are building towards a satisfying conclusion.

So, while my fingers are crossed for a fourth season eventually becoming a reality, right now I’m just grateful for the improbable existence of a show that, in its third season, has only become weirder and artier and more defiantly itself. This week’s episode, “Apertivo”, continues the structure of alternating dialogues from “Secondo”. After taking its time through the first three episodes, the show finally brings us up to speed on the fates of the other principal characters after last season’s finale; jumping back to the days and months immediately after Hannibal Lecter’s escape.

The episode opens with a chilling scene between Dr. Chilton (Raúl Esparza) and Mason Verger (Joe Anderson)*, where the two men reveal to each other the disfigurements each has suffered thanks to Dr. Lecter (I’m glad the writers didn’t miss the opportunity to include a “face to face” pun). While the plot’s advanced by Chilton and Verger’s separate attempts to recruit others in their efforts to capture Hannibal for their own purposes—Chilton wants “Hannibal the Cannibal” imprisoned in his institution, while Verger is plotting grisly revenge—that’s mostly a pretence for an episode which is intimately focused on the show’s supporting characters and how they’ve been changed by last season’s “Red Dinner.” 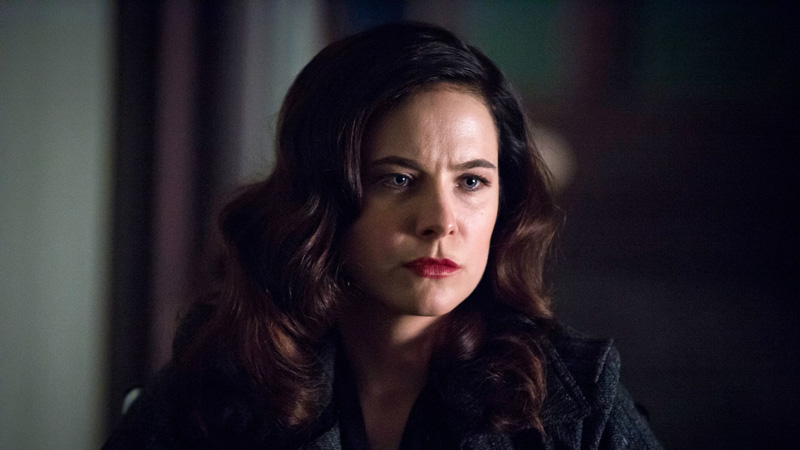 “Apertivo”, which goes onto reintroduce us to Dr. Alana Bloom (Caroline Dhavernas) and Jack Crawford (Laurence Fishburne) through the injuries they suffered, is preoccupied with scars, trauma, loss, and regret. In the case of Alana, who was nearly paralysed after being pushed through a window last season (though, as she notes, now she has a reason to use the word “defenestration” in casual conversation), the trauma’s resulted in a drastic shift in her character.

Once the show’s most compassionate character, she’s now willing to work with as repugnant a character as Verger in orchestrating, as she puts it, “Old Testament revenge” on Dr. Lecter. It’s an intriguing development for her character, and as the show’s writers have never seemed sure what to do with Bloom (despite Dhavernas’s wonderful screen presence), it’s good to see them giving the character any kind of arc. In an episode filled with sad moments, one of the saddest is the scene where Alana finds Will visiting Hannibal’s now-empty house—these two characters, who were once on the verge of falling in love, now share little beyond the past and its ghosts.

The show’s most emotionally devastating moments, however, belonged to Fishburne and Gina Torres as Jack’s wife, Bella, who was diagnosed with terminal cancer in the first season and whose attempt to end her own life was prevented by Hannibal. Here, Jack makes a quiet decision to grant his wife’s wish, and the understated, quietly devastating way the scene plays out makes for a powerful contrast with Hannibal’s typical, proudly unsubtle way of dealing with death. For anyone who’s watched a loved one succumb to a long-term illness, Torres’s final scene and the way Fishburne plays Jack’s first waves of grief feel exactly right. 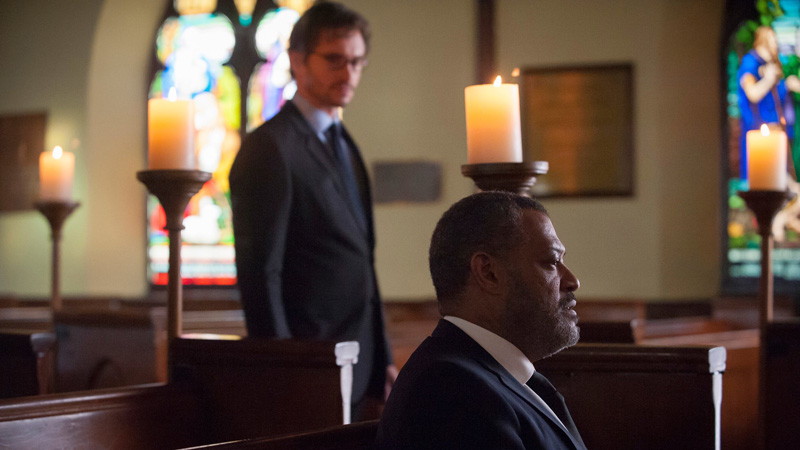 While the episode ends with Will on his way to Europe to find Dr. Lecter, Mads Mikkelsen barely appears in the episode—it’s a bold move, an entire episode being an extended meditation on loss—and it makes for a surprisingly low-key episode (though, for Hannibal, “low-key” still includes one bloodily imagined murder and graphic facial reconstruction surgery). For some viewers, the pace of recent episodes has been too slow, with its penchant for striking images compensating for the lack of narrative momentum. That last complaint reveals a misunderstanding of the creative process, as if Fuller said during post-production, “Oh crap, we forgot a plot! Better add more stags.” It also shortchanges how the show’s makers are just as skilled at straightforward dramatic scenes as they are at moments of flamboyant visual poetry. Consider the way director Marc Jobst stages the first meeting between Jack and Will to emphasise the ambiguity in their relationship, which cinematographer James Hawkinson accentuates through the lighting and shallow depth of field. It’s subtler work than the show generally gets credit for and frankly, anyone who favours their TV dramas to be more plot-heavy has the rest of television to accommodate them.

Beyond that, while not all of the last few episodes’ digressions have been successful, I suspect that the show isn’t spinning its wheels as much as it’s winding up. William Friedkin once explained, in an interview about The Exorcist, that the effectiveness of that film relied on the pauses between its shocks, for their effectiveness—without moments of silence, horror’s sound and fury quickly grows monotonous. I suspect that Fuller and his writers understand this, and if these openings do prove to be a setup of sorts, I can’t wait to see what the payoff is like.

* Sidenote: Anderson is taking over for Michael Pitt this season, and between the heavy makeup, the approximation of the voice of Gary Oldman’s take on Verger and Pitt’s hairline, I found the performance tricky to gauge. However, I’ve always found the character sickly hilarious, and Anderson’s character is no exception, especially as he has Glenn Fleshler—True Detective‘s freaking Yellow King!—as his personal assistant.