It can be infuriating that American Gods often lacks much-needed structure and clarity, because it’s evidently superb at standalone storytelling. This week’s penultimate hour, “A Prayer For Mad Sweeney”, doesn’t disappoint in the slightest, putting the show’s skill for episodic plotting on full display. Much like the flashback episode “Git Gone”, this episode commits to telling a singular story, delivering what’s almost certainly the show’s most confident and moving story in the process. It ditches the inconsistent main narrative with Shadow and Mr. Wednesday, too, which is definitely a good move. This hour instead follows Laura Moon (Emily Browning) and Mad Sweeney (Pablo Schreiber) on their road trip, but it’s really dedicated to an extended “coming to America” vignette that sets the thematic undertones for the instalment, wonderfully narrated by Mr. Ibis (Demore Barnes).

The bulk of the episode follows the 18th-century Irish woman Essie MacGowan (a change from Tregowan in the novel), who’s also played by Emily Browning. The episode is loosely bookended and structured around a scene with Mr. Ibis and Mr. Jacquel/Anubis (Chris Obi), as we see how much Ibis is itching to write down yet another of his stories of how the many Gods came to America. The story of Essie is leprechaun Mad Sweeney’s story, too. Her belief in fairies and ‘little folk’ sees them at her side during troubled times and, eventually, her belief brings Sweeney with her to the New World. Interrupting into this flashback vignette are scenes of Laura and Sweeney in the present day, as they continue to head towards Shadow in her hope of being fully restored to life.

Many will criticise American Gods for taking such a massive departure in its storytelling so close to the end of the season, especially as it seems like we should be getting to the point where the show is giving us answers to the many questions it’s been posing! The drama has been building to an endgame it isn’t wholly interested in getting to, though. And it can hardly be faulted for taking a diversion when it’s such an engaging and absorbing episode, almost completely free from the existing plot. Still, this is meant to be a penultimate hour and it’s obviously stalling the main story from moving forward. While that can colour your perception of the importance of what you see here, it doesn’t necessarily make it flawed or make the simple tale any less compelling. 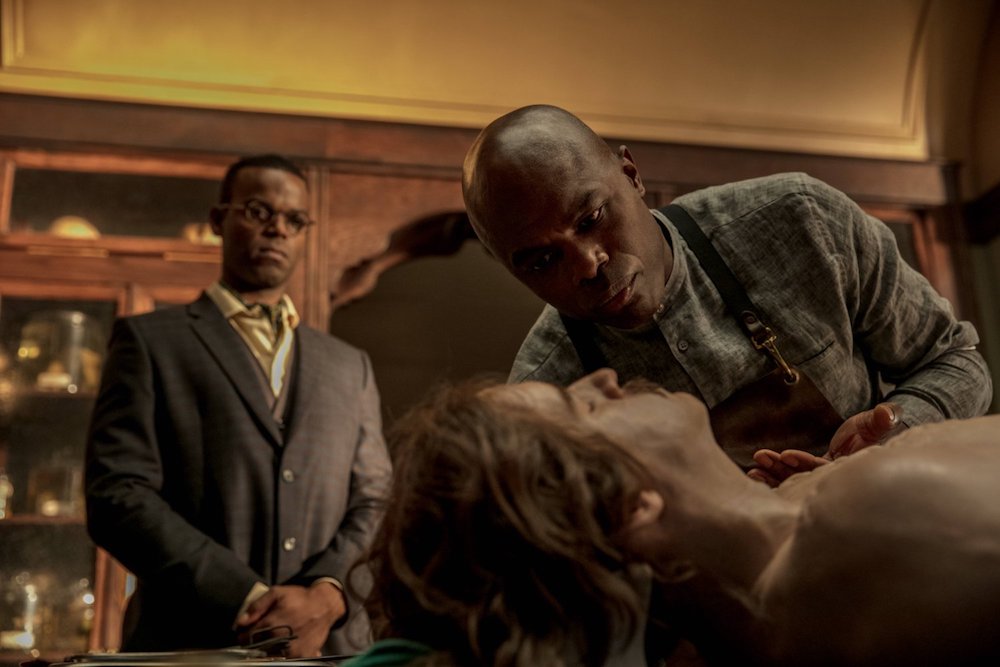 It’s increasingly clear that the commanding performance of Emily Browning is one of the main reasons to watch American Gods, and she pulls double duty here fantastically. Her portrayal of Essie is so different from what she’s doing as Laura that you’ll rarely be able to tell that you’re watching the same actress, and her handling of an Irish accent is highly impressive. The costuming and makeup help, too, but it’s still a transformative performance, and having Browning in both roles creates a subtle connection between the two characters and how they relate to Sweeney.

Laura is also fast becoming the show’s most complex and conflicted character. She’s brash and aggressive, but not without her vulnerabilities, and it seems like she and Mad Sweeney are beginning to form an unusual bond. It might be something like friendship, if it weren’t for the fact that a lot of cruelty, name-calling, and violence seems to always be involved. The show would be wise to devote even more time to Laura as she’s such an unconventional character and one who’s fascinating to watch. While Shadow has the makings of a good lead, he’s so much more of stereotypical protagonist. Wherever Laura’s strange journey is going, it would be worthwhile for American Gods to continue following her along the way. 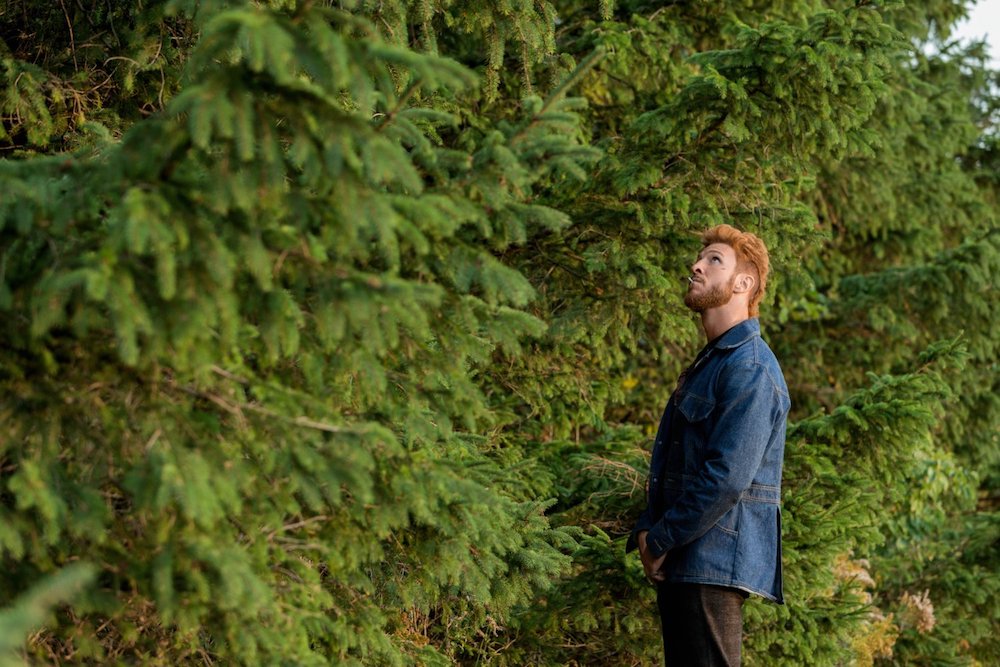 In most of the previous instalments, this show has held the audience at a distance, both when it comes to revelations and when it comes to an emotional depth within individual characters. There’s much less of that here. Essie’s story is obviously a mix of heartbreak and a celebration of her unique ingenuity and guile. She encounters a lot of hardship in her life (with multiple imprisonments and punishments), but her resolve, enduring belief, and lack of acceptance that a woman can’t have the ambition to build a better life, makes her a wonderful one-off character.

Similarly, the episode packs a real punch when it comes to revelations about Mad Sweeney, the gruff leprechaun whom all of a sudden has become American Gods’ most tragic character. The debt he owes for once fleeing battle in his past has him in servitude to Mr. Wednesday, and when Laura presses him on his role early in the hour he quietly admits he’s done “much worse” than just be Mr. Wednesday’s errand boy. When we find out what “much worse” really means, it’s one of the show’s most truly shocking moments. Seeing Sweeney deal with being the cause of Laura’s death, cursing in Gaelic and bitterly telling Mr. Wednesday’s raven to “tell him it’s done” in a flashback, makes his position much more upsetting and emotional. It’s a powerful moment, and seeing him decide to give Laura back his lucky coin after a road accident (caused by a rabbit) saw it flung from her body, suggests just how guilty he feels for what he’s done and how he might be choosing a different path than the one he opted for in the past.

This whole situation also sets up some tremendous tension for the series as it continues. We’ve known Mr. Wednesday was shady before, but how would either Shadow or Laura deal with the revelation of him orchestrating Laura’s death? How could Shadow trust him ever again? And how would Laura deal with knowing Sweeney was so closely involved too? This is juicy stuff, and it feels like this might be a secret that can’t stay secret for long.