Oh, Ray, say it ain’t so! Just as I was beginning to warm to the depressed Detective Velcoro (Colin Farrell), with his vulnerabilities and self-loathing and interesting ideas about what passes for polite car conversation between partners (“I want you to know that I support feminism”), he apparently got himself offed by a creepy Birdmask-wearing assassin just passing time hanging out in Ben Caspar’s secret second home. I blame Game of Thrones. Ever since George R.R Martin’s fantasy drama rewrote the rules of television by regularly bumping off the leads, everyone’s been scrambling to get in on the act. That said, is Ray actually dead? It seems unlikely that anyone could survive two shots to the groin, and it would also feel like a cheap shot to pull this early in the season, if he does survive; but weighed against that is the fact Velcoro is currently the best-drawn of our four new protagonists, and Farrell has turned in the most intimate and involving performance.

I got no reason to keep at this.

Ray’s probable death, just when his partnership with Ani (Rachel McAdams) was getting interesting, would certainly be a very bold move—it would also place a lot on McAdams and Taylor Kitsch’s shoulders. Could they carry it off? I’m not yet completely convinced. There’s also the question of who Birdman is—in a show such as this, where everyone is compromised, most people are serving two masters, and no-one is telling the truth, it’s difficult to narrow down the suspects. Thus, Ray’s conversation with Frank in the ‘depressing bar of folk doom’ suggested that our moustachioed hero was intending to double-cross his boss, but there’s also the possibility that Frank (Vince Vaughn), in telling Ray about Caspar’s second home, was setting him up in order to tie a loose end and move forward. Then again it could be that Frank was supposed to be the one meeting Birdman and is himself being set up by forces unknown. Or, as a third option, Birdman is a crazy, lone operative with a personal reason for taking out Caspar, so all the land and transport stuff is smoke and mirrors. True Detective, you are making my head hurt, but mostly in a good way. 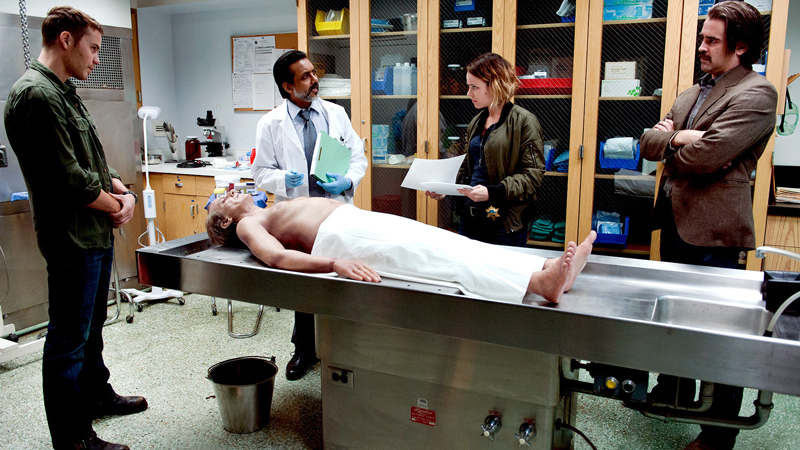 This investigation? I don’t think it’s supposed to work.

You’re telling me. We were hammered over the head this week with hints that all’s not right in the good town of Vinci. From the drunken mayor, to the endless muttered talk of corruption and toxic waste, this is clearly a city going to hell in its own time—and boy, doesn’t Nic Pizzolatto want you to know it! Every sentence is overlaid with hints that something just isn’t right, every character we meet seems to be hiding something, and as for our leads… they’re all so weighted-down with depressing backstories and personal traumas it’s a wonder they can walk and talk at all.

Thus, in addition to Ray, whose tragic story of spousal rape and revenge we learnt last week, there’s Ani deeply scarred by her childhood in her father’s commune; Frank, whose father locked him up in the basement for days on end; and Paul, who in addition to being a vet suffering from PTSD, appears to have a deeply problematic relationship with his mother and a possibly suppressed sexuality. I’m surprised their office doesn’t have a sign reading ‘You don’t have to be sad to work here, but it really helps’. And yet, despite a second week of overly portentous dialogue (“Am I diminished?” — “Nobody gets rich on their own money” — “Everybody’s got another option”), I’m increasingly sucked in to this tale. Yes, it’s completely over-the-top; yes, it’s drawing on every possible noir cliché it can; and yes, it’s yet another Californian tale of land grabs, transportation, and the problems water (or the lack thereof) can bring… but, then again, all the best Golden State stories are. There’s something about this season of True Detective that grips me, almost despite myself: to misquote the not-so-great and possibly late Ray Velcoro, this is an investigation that shouldn’t work but, you know what, I think it does. 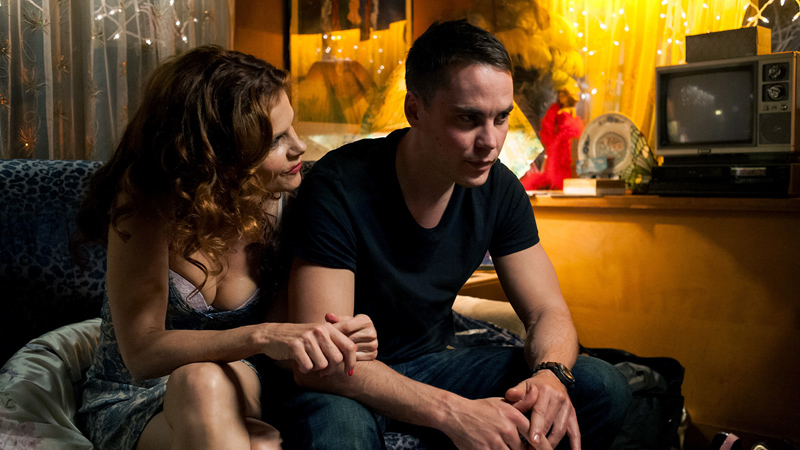 —indeed there are, now can you repeat that in your most slithery serpentine voice, just to further creep the audience out? Thanks.

This week’s award goes to Frank Semyon for his confrontation with the man he’d just set up to be attacked. Vaughn is at his best when being given a slightly looser reign, and Frank’s cheerfully fake concern was the first moment I believed he’s not someone to be messed with.

So what do you think? Did “Night Finds You” pick it up a gear, or is this show running on empty second time round? Has Ray managed to survive the gunshot to the groin? And if so how? Please tell me it wasn’t all just a dream…