Covertly shot under faux title The Woods, the revelation that this movie was, in fact, a sequel to The Blair Witch Project, came as a rare surprise. 16 years after the original graced our screens, The Witch is back, casting her nightmarish spell over a new generation. Resurrecting the same spirit of the found footage classic, Blair Witch develops a creeping sense of dread into intense scares. Relentless and chilling, director Adam Wingard proves this popular subgenre of horror isn’t dead yet.

It was way back in 1999 that The Blair Witch Project was first released in cinemas. Revolutionary at the time, its style was a classic case of ‘necessity being the mother of invention’; using a very small budget to its huge advantage. Instead of costly effects work, the horror came from a believable sense of realism and an unseen menace. It preyed on the audience’s imagination to create a terrifying monster in the shadows. The film also pioneered using the internet as a prime marketing tool, as many people wrongly believed the movie was an assemblage of genuine amateur footage. 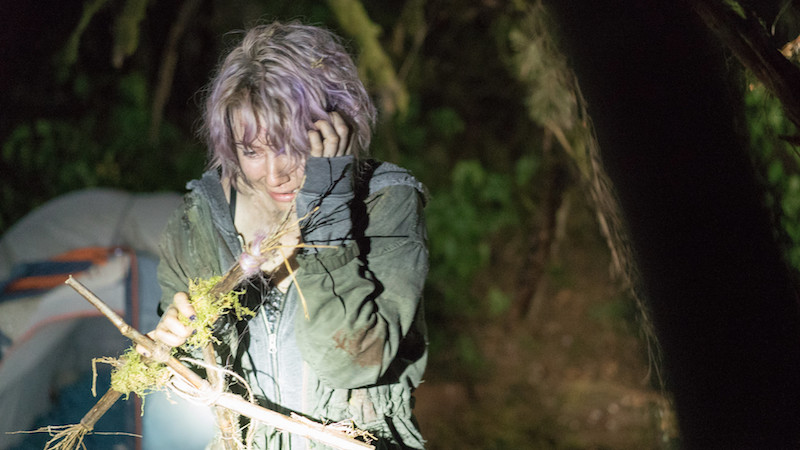 However, after the disappointing follow-up (2000’s woeful Blair Witch 2: Book of Shadows), coupled with films like Cloverfield and Paranormal Activity claiming the found footage crown, the Blair Witch franchise has laid dormant for years. Now, with many critics proclaiming the handheld filming style old-hat, and a generational gap since the last film, many will be questioning the need for a second sequel.

Despite this uncertainty, The Blair Witch Project certainly left lingering questions with its ambiguous ending. Here, Wingard (The Guest) and his regular writing collaborator Simon Barrett prove they understand this natural curiosity. Having also cut their teeth on films like the V/H/S anthologies, here they’ve made a sequel that respectfully expands both the filmmaking and mythology of the original while maintaining the scares.

The plot follows James (James Allen McCune), brother of Heather from the first movie, who’s still missing. When new footage of the Blair Witch Project appears on YouTube, James persuades his filmmaker girlfriend Lisa (Callie Hernandez), and coupled friends Ashley (Corbin Reid) and Peter (Brandon Scott), to venture into the Burkittsville woods and retrace his sister’s footsteps. Once on location, they track the source of the new video to two local vloggers obsessed with Blair Witch lore, who offer to guide them through the famed woods. 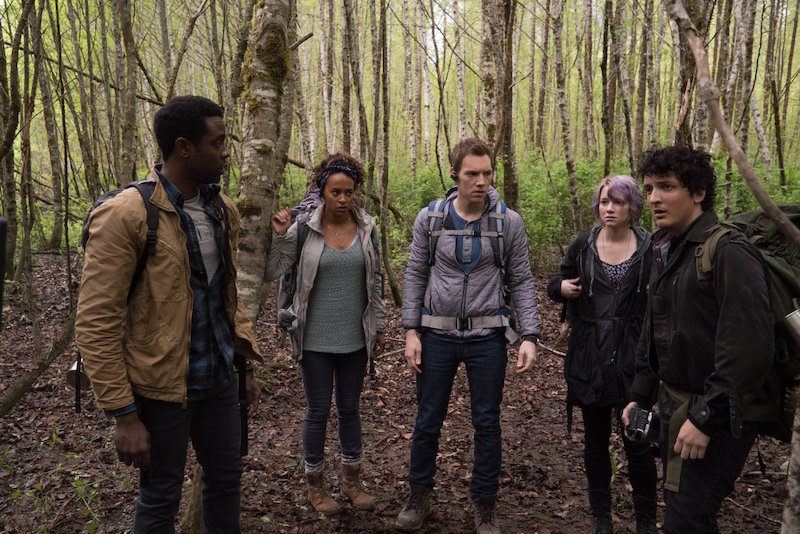 It’s intriguing to note that, within this story, The Blair Witch Project footage is a tangible thing: a film within a film. This cleverly puts the characters in the same position as the audience, who have either seen or are aware of the original movie and the mystery surrounding it.

The first twenty minutes allows Wingard to create likable characters with a relatable skepticism, and the setup brings some surprising humour. You get a feeling it’s lulling you into a false sense of security for what might come later, as writer Simon Barrett explores the interplay between characters, especially the mysterious vloggers. Callie Hernandez also adds depth as James’ girlfriend, caught between supporting her boyfriend and shooting her own documentary. Saying more, especially amidst the movie’s heightened secrecy would, of course, ruin all the fun, but praise should be given for the films pacing which skilfully builds to an unrelenting crescendo.

This time, the group come fully prepared. The original was shot using a few DV camcorders. Blair Witch, in contrast, utilises every gadget available; a drone camera, GPS tracking, head-cams, static webcams, and radios. It all helps create a more spatial representation of the story, fleshed out with more angles showing the character’s various points of view. The fuzzy lime green night-vision is gone, replaced by a much higher quality aesthetic. 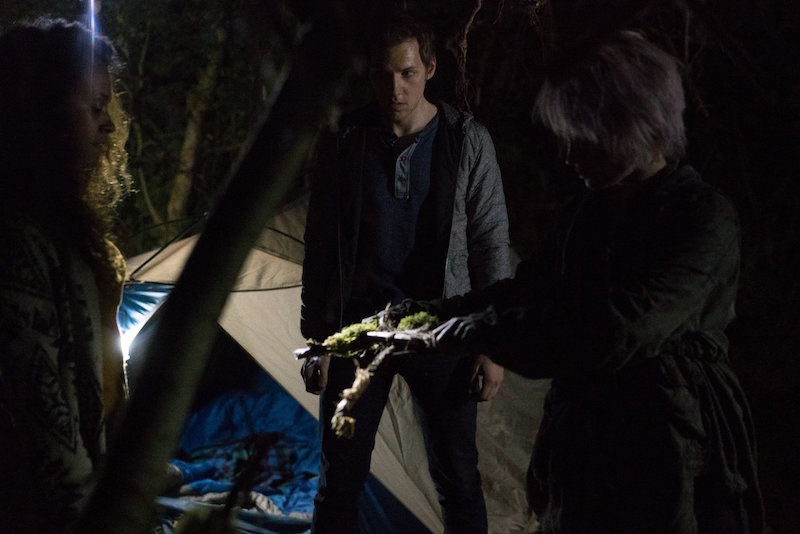 Despite the improved audio-visual coverage, the movie is still able to tease and surprise its audience. There are things only glimpsed in the shadows that’ll have you eyes constantly peering into the darkness, scouring the frame for something sinister. The editing’s done in a similar vein to the original, with intermittent cutting between action which is often unpredictable. Every time the camera cuts to black it’s unnerving to just wonder what you’ll see next.

Where Blair Witch truly excels is with its amazing soundscape. The natural (or possibly unnatural?) sounds of the forest are present and deliver some chills, but how Wingard uses the sounds of the camera itself (loud clicks between cuts, microphone knocks, digital interference) really emphasises the terror of the unknown.

Overall, Blair Witch strikes a good balance between embracing the best aspects of the esteemed original and using its mythos to explore a new story. This is most definitely a sequel, not a reboot as some have suggested. As part of a franchise, it inevitably has to tick boxes and occasionally follows familiar beats that give the impression of adhering to an ageing formula, but that’s actually part of the thrill.

Blair Witch is a movie that builds a heady atmosphere of foreboding before turning its tension into outright terror. Despite the cliché, it really is edge-of-your-seat stuff. Fun, scary, inventive, and with enough to satisfy old and new audiences alike.