I know it can seem like I’m obsessed by the debt the second season of Mr. Robot owes to the work of David Lynch, but given how this penultimate instalment took Lynchian homage to its most extreme form… I feel justified.

We can’t beat them but we don’t have to lose to them either. There’s a way to stop them winning.

The centrepiece of “eps2.9_pyth0n-pt1.p7z” was Angela’s (Portia Doubleday) kidnap and subsequent interrogation; a dreamlike sequence, deliberately shot in eerie green and black to mimic the colours of old-school ’80s computers. Just to ram that reference home her interrogation room came complete with an actual old-school computer, the Commodore 64 (the first home computer many of us, of a certain vintage, will recall owning).

As to the interrogation itself… generally I bow to no one in my admiration for Sam Esmail, believing he’s earned the right to take some narrative risks and throw a few pretentious spanners in the works… but it didn’t quite work for me. From the deliberately Lynchian questions—”are you red or purple?”, “Do you cry during sex?”—to the fact Angela’s interrogator was a spooky little girl with an unnerving resemblance to her, Esmail clearly intended this to come off as a woozy ‘is this really happening?’ possible dream sequence. I was mildly bored throughout. And that’s saying something, given that Doubleday as been one of this year’s MVP’s and Angela’s journey one of the most human components of Mr. Robot’s narrative. By the time Whiterose (B.D Wong) turned up for another gnomic conversation about time, while announcing that Angela is “at the intersection of it all”, I had almost entirely lost interest in what was happening on screen, which is not something I ever thought I’d say about this show. 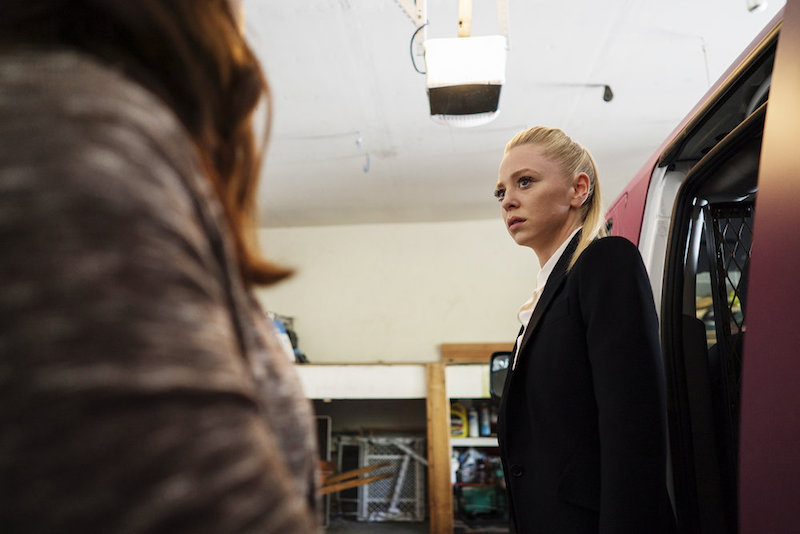 I suppose it all depends on what your definition of real is.

This episode was easily the weakest of the season—but, as usual, Esmail did enough to keep me from being entirely infuriated. There was a lovely little scene between Dom (Grace Gummer) and her A.I gadget, Alexa (which it turns out is really a thing). Here, the bone-weary FBI agent, discharged home covered in “someone else’s blood” asked the robot if she was her friend. It was neat inversion of the scene with Angela: a Q&A with robot which was more humane than the actual human interaction in Angela’s scenes, and one that served to remind us that as Angela has got sucked deeper into fsociety’s woes and become less human… so Dom has become our audience substitute; the outsider who helps to guide us through this increasingly chaotic world. It helps too that Gummer’s been outstanding in the role, allowing us to see Dom’s growing disillusion seeping into her very soul.

This is no longer a question of what I’m seeing. The real question is what am I not seeing?

My other main beef with Mr. Robot is that there are only so many times Esmail can play the ‘Elliot is an unreliable narrator’ card. Unlike some other critics, I actually love the time devoted to exploring Elliot’s dissociative identity disorder, what it actually might mean, and how he can reconcile it within himself, but it makes for occasionally difficult viewing. It’s one thing to be in the dark until the final episode of the season, if there’s a careful breadcrumb trail, and quite another if you feel that the show’s creator is simply withholding for the sake of turning his show into the TV equivalent of a second-rate magic trick.

And now, to the long-awaited reappearance of Tyrell Wellick (Martin Wallström). I don’t know about the rest of you, but my take away from that final scene is that Tyrell is definitely an alternate. Indeed, as this Reddit theory has it, it’s arguable that Tyrell was the dominant alternate until Darlene’s (Carly Chaikin) return to the city; an experience which forced the Mr Robot ID to the fore. It’s a plausible theory, and yet I have to admit I don’t like it. Why? Well it’s very, very tricksy and requires the audience to do a lot of heavy-lifting as the above thread demonstrates. Plus, there are issues concerning the season one scenes with Gideon (who met both Tyrell and Elliot), in particular, and issues with the very existence of Joanna (Stephanie Corneliussen). Not least why she would tell Elliot to find her husband rather than simply confronting him.

So what are the other possible explanations? Tyrell is not an alternate but rather a ghost; haunting Elliot because Elliot (or rather Mr Robot) killed him. It’s a device that’s been used on everything from The Sixth Sense to River, and thus seems too simple for Esmail—although in fairness he did take the Tyler Durden route in season one when everyone thought that was the obvious answer.

Or, perhaps, Wellick is an alternate but a new one, created during this episode to help Elliot move onto “phase two”. I buy that theory more, not least because we know Elliot pulled his other alternate from his memories of his dead dad, so it makes sense to model a new one on another dead person in his life. I also feel that this explanation is just about tricky enough to appeal to Esmail. It would pull together the different strands: Elliot as Mr Robot kills Tyrell, Joanna doesn’t know this and is searching for him, Elliot does know where Tyrell is—his body is at the address he revealed last week but he can’t bring himself to openly admit this, hence the clues. He’s thus lying to himself as much as us. To cope with all this his brain brings Tyrell back to life, creating him as a new alternate to replace Mr Robot, who has been altogether too flaky this season as he senses that he needs a new persona to get through the next stage. Thus, Tyrell is both a real person now deceased, and an alternate inside Elliot’s head. Esmail has his cake and gets to eat it. I’ll be here next week to take congratulations if this turns out to be right. 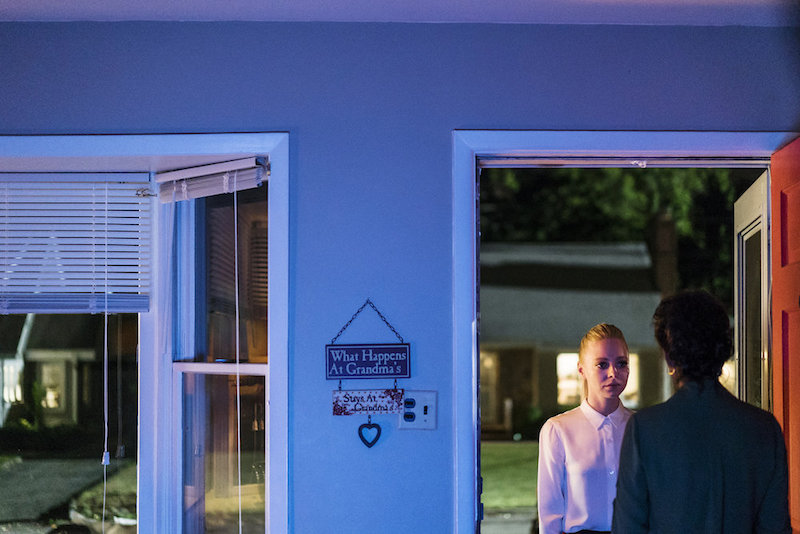 So what did you think? Was this week brilliant or baffling? Can Sam Esmail really pull it all together in time for next week’s finale? And do you have Tyrell Wellick theory—if so feel free to unload it below…