After two very strong openings, the third instalment of Humans sees a few cracks in the veneer, and a few contrivances starting to creep in. The hour picks up with the Hawkins family reacting to Laura’s (Katherine Parkinson) decision to return their otherworldly synth Anita (Gemma Chan), with young Toby (Theo Stevenson)—who’s taken a shine to the rather alluring machine—cycling after them to try and change his mum’s mind. What follows is a big event, that colours much of the hour to follow, but it’s one that the show botches.

We’re supposed to believe that Toby was about to cycle in front of an oncoming vehicle, while Anita stepped out to take the hit and save him. Unfortunately, the direction is terrible, and at no point does it look even remotely like Toby’s in real danger. It may be due to budget issues, but it was still poorly conveyed, and the emotions that follow as a result of this ‘near-miss’, and Anita’s heroics, are thus harder to take seriously. On this basis, Humans should avoid any high-octane sequences; they’re not its forte.

What is the show’s forte is exploring the unsettling way synths affect different people. Joe’s (Tim Goodman-Hill) examination of Anita’s naked form, post-accident—a perfectly routine check to make sure she isn’t damaged—takes on an awkward sexual vibe because she’s so lifelike, and so physically attractive. Joe tries to convince himself that what he’s doing is okay, just surveying a machine, but he’s not fooling himself, or anyone else. The show did well to not force the scene to become any more uncomfortable than it naturally was, just letting the inherent creepiness of the situation speak for itself. 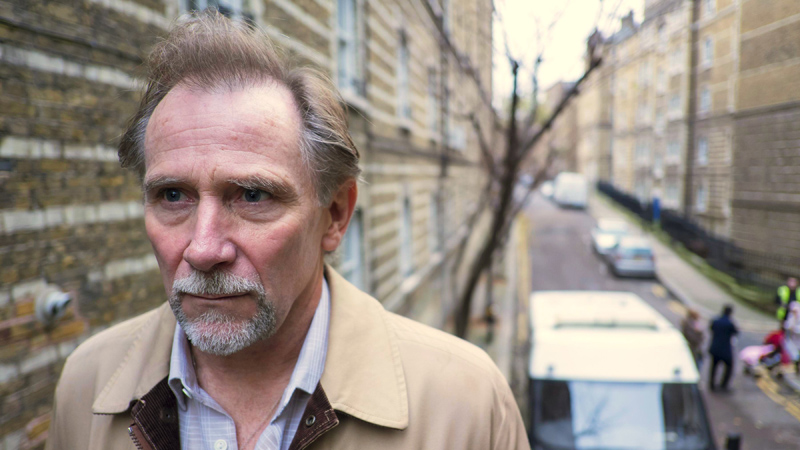 Props to the show, too, for avoiding the obvious, as frequent cuts to Laura making her way home didn’t culminate in her catching Joe with a naked Anita. The histrionics that would inevitably have followed that would have felt a little ‘soap opera’, whereas the simple but weighted look that passes between Joe and Laura said more than enough on its own. It’s good to know Humans has the wherewithal to resist taking the obvious path.

The show again confounds expectations with Niska (Emily Berrington), as she decides to don contact lenses and pose as a real girl. Increasingly convinced of her superiority over both human beings and regular synths, she visits a pub and attracts a charming suitor. Her male admirer seems like a sleazy pick-up merchant, and the clear assumption is that Niska will fall foul of him. But Niska isn’t so naïve, and she proves far more headstrong and dangerous than we might have expected. The man actually turns out to be a decent sort, and all of a sudden it’s him we’re worried about, as Niska seems perfectly willing to kill him over a perceived lie about being single. It’s a sequence that never unfolds the way you think it will, and Niska’s state of mind is a major concern going forward, but it also makes her the most complex and interesting of the Singularity Synths so far. Very good work from Emily Berrington.

Meanwhile, Max (Ivanno Jeremiah) and Leo (Colin Morgan) remain interminably dull—although there may be hope on the horizon now they’ve located the approximate whereabouts of Mia/Anita. The sooner they get more involved with another corner of this show, the better, as they’re not carrying anything stumbling around on their own. Their method of locating Mia is fine, in and of itself, but clunky writing made it feel silly. Mattie (Lucy Carless) accessing Mia’s code and uploading it to the Internet, for members of a forum to make sense of, is fine… but that happening in the same episode Max and Leo discuss that their only hope of finding Mia is the unlikely instance of someone uploading her code online… well, like I said: clunky. It might have worked better had that line been placed in a previous episode, but here it just made the development feel cheap. 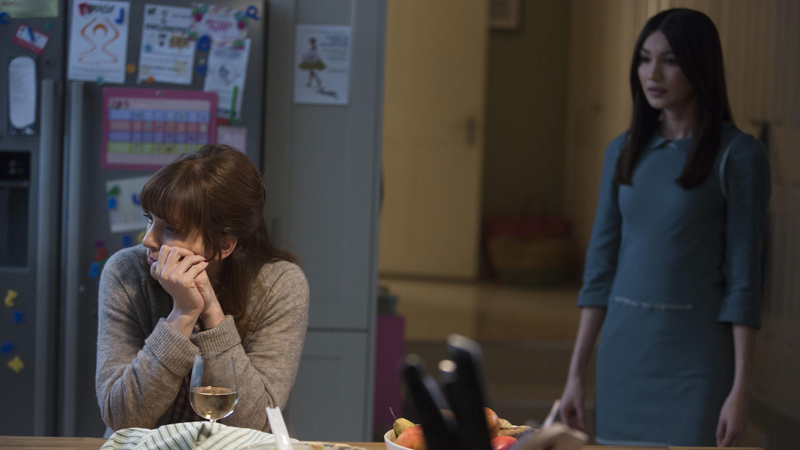 Still, at least it gave us the terrific moment when Mattie’s tinkering with Anita unleashes—for the briefest of moments—Mia. It’s easy to forget, watching Humans, that Gemma Chan isn’t actually an expressionless machine, and when Mia’s true personality bursts forth for a panicked moment, it’s genuinely startling: a reminder of how good Chan is in this role. That she screams for help—asserting that she’s in there, but trapped—also has troubling connotations for what that character’s really going through. Knowing she might essentially be conscious and suffering from a form of ‘locked-in syndrome’ finally gives us a compelling reason to begin rooting for Leo and Max to find her!

Another aspect of the usually solid writing going somewhat askew was Neil Maskell’s Drummond, whose descent into a near-breakdown, causing him to lash out at his superiors, was far too rushed. We know Drummond is antagonistic towards synths, due to his personal life, so we get why he’s reacting to the notion that one may have committed a murder, but it still feels like there was a step missing in his emotional arc in this one.

There’s also George (William Hurt) taking defective synth Odi (Will Tudor) for a drive, and letting him take the wheel. Now, unless there’s been a line explaining that George can’t drive, there’s no way he’d let Odi drive him around. Odi is barely functional, and the fact that their crash was caused by such an idiotic decision by George felt sloppy on the writer’s part. At least we got more of Will Tudor’s uncanny performance as stuttering synth Odi. Tudor is so, so good at playing the defective model, and Odi is one of the show’s more tragic characters, even if he’s only a non-sentient machine. (The image of him lost and alone in the forest at night was genuinely crushing.)

Humans remains eminently watchable television—thought provoking and unsettling—but this third episode wasn’t quite as tight as the first two. Let’s hope it’s only a temporary lapse.