Now we’re living in a world where there’s more great television shows than ever before, it takes something special to grab my attention. Whether it’s unusual storytelling or a particular actor’s reputation, TV shows need to offer something more to be deemed worthy of becoming a part of my routine. Sky Atlantic’s miniseries Guerrilla manages this on multiple fronts. For a start, it stars Idris Elba, whose involvement immediately means it’ll become a must-see for many people, myself included. Guerrilla certainly isn’t a one-man show, however, with other recognisable cast members such as Freida Pinto (Slumdog Millionaire), Babou Ceesay, Rory Kinnear, and Daniel Mays.

Beyond the exceptional casting, the main selling point of Guerrilla is its subject matter. The six-part drama covers a controversial and challenging point in British history: the Immigration Act of 1971 and the challenges of race and religion in that decade’s London. Of course, we say “history” but these issues are still prevalent today, both in the UK and around the world. We still see relationships put under strain and regular acts of terrorism, so Guerrilla’s a timely piece to remind us of where we’ve come from and to appreciate just how far we’ve come, so we don’t allow ourselves to step back. Young couple Jas (Pinto) and Marcus (Ceesay) are at the forefront of the story transforming from observers to activists, with their friends being killed or imprisoned to the point where they no longer feel safe living how they are. In breaking out Dhari (Nathaniel Martello-White) they kickstart a revolution of their own, and blur the line between right and wrong. Guerrilla is a story predominantly about taking a position of vulnerability and turning it on its head to take power back, while never losing sight of how good and bad can be interchangeable. 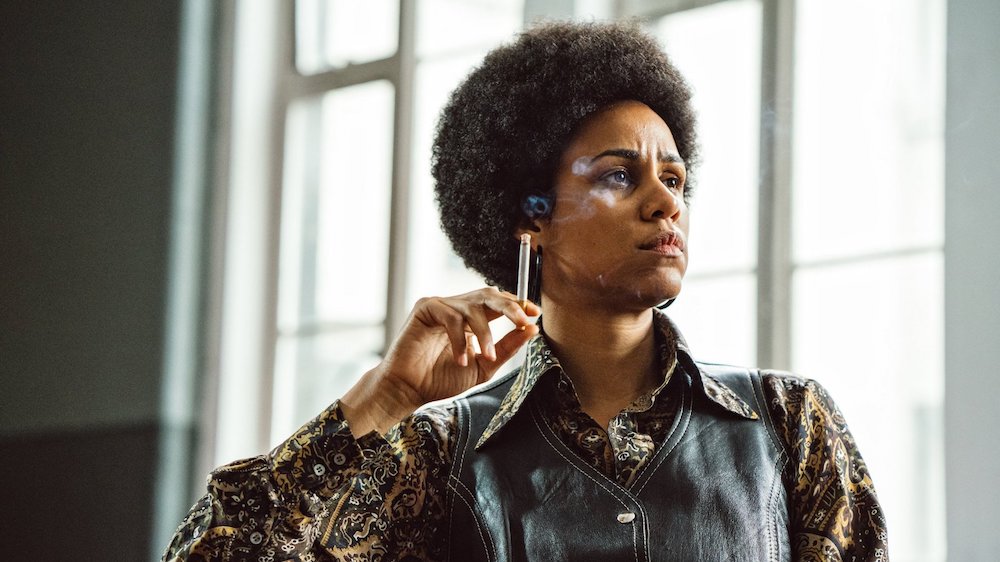 As you watch Guerrilla unfold, you can’t help but feel like it’s the type of show born to clean up at awards ceremonies. With only a half-dozen episodes, you’re left wanting more because it’s so good, but you also appreciate just how much they manage to pack in to the runtime. It never feels bloated, with each scene memorable dialogue that keeps driving the story forward. Pinto and Ceesay portray such a believable and powerful relationship that they hold the drama together and instantly give you a reason to keep watching. You’re sucked into their political challenges, and how they deal with not only what directly affects them but those they love and respect. They go from being bystanders to making certain decisions that thrust them right in the heart of the issues. 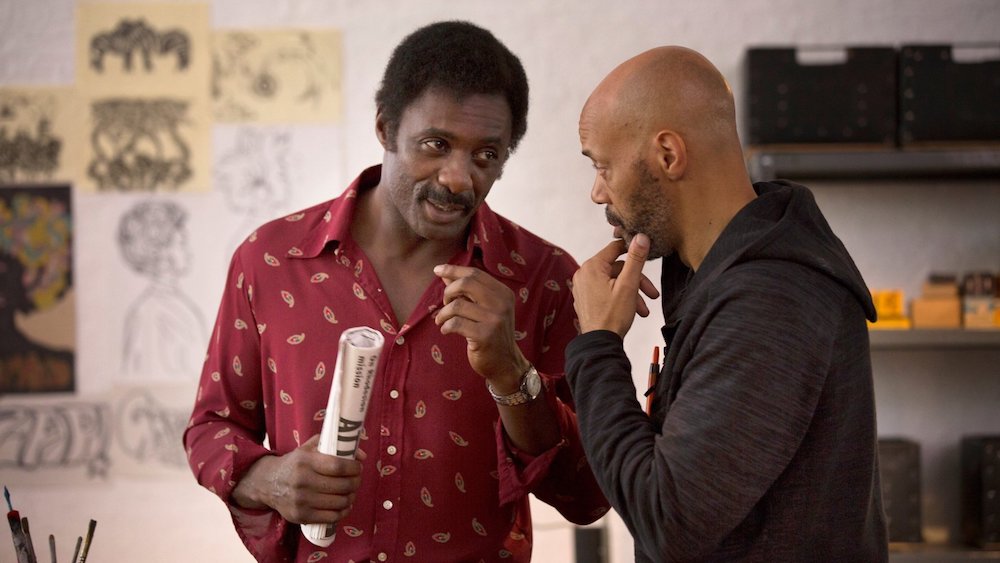 Elba’s character, Kent (who dated Jas previously), is a different beast to the others, seemingly happier to cruise along in life than get into any fights. It’s reflective of many people’s attitudes to politics, raising the question of just how people should deal with their own situations and how much they must get involved. Are extreme measures necessary or should things be dealt with in a more peaceful manner? As with many racial matters, the police are also under scrutiny in Guerrilla, and you see how Chief Inspector Pence (Kinnear) feels the pressures of dealing with black people in society and the contrasting life experiences of his white partner (Mays). 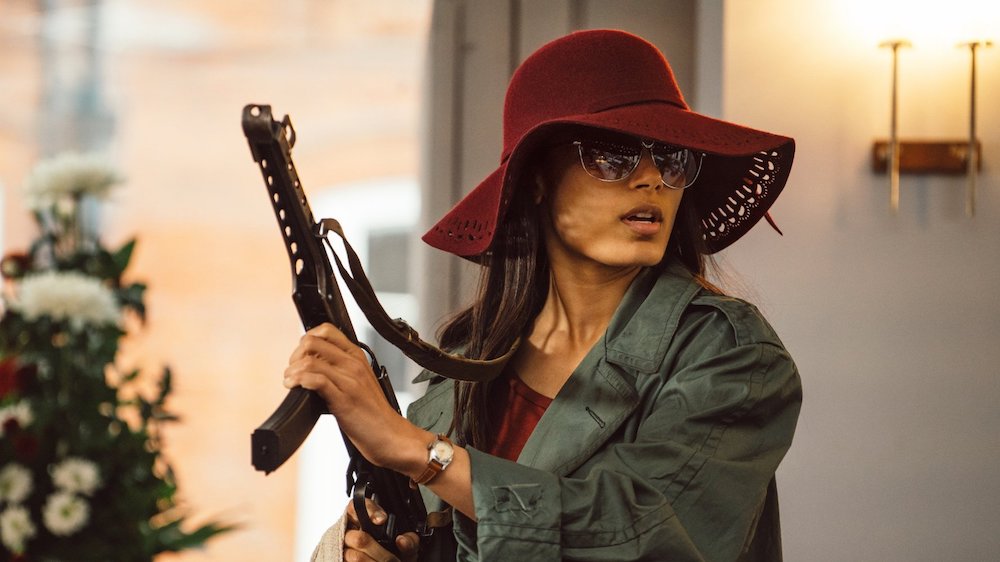 Guerrilla manages to balance intimacy with a wider picture, to deliver impact on different levels. You get the feeling that Jas and Marcus aren’t just fighting for their own rights and relationship, but for their race, religion, and beyond. Creator John Ridley (12 Years a Slave) delivers a multi-layered show that challenges your opinions and will start many conversations. Politics is a complex beast, with different sides to every argument, and 1970s London was no different. There’s no assumption that anyone is on the same side just because of their skin colour, and the actions of one may be condemned by many others. It’s a constant debate as to where the line is and where to cross it.

While watching you certainly get a strong sense of the makeup of London at the time, together with its complexities, and that can be challenging in itself, yet Ridley balance these complications so the various issues seem equally important. It can be a tough watch because you know just how close it is to real life, and you’re often reminded how the world isn’t fair and how there are many have different ideas of what “justice” means, but Guerrilla is one of the most important pieces of television this year for that very reason.

Going into Guerrilla, I was certainly excited to see yet another top-class Elba performance, but it’s actually Pinto and Ceesay that come out on top. This is perhaps Pinto’s career best role yet, while Ceesay handled a highly faceted character with scene-stealing performances in every instalment. With a methodical approach to its various plots, Guerrilla rewards its audience with an intense unravelling, leaving a lasting impression that reverberates today.