Bringing something new to the zombie genre is difficult. The Girl with all the Gifts manages it by dealing with the questions many zombie flicks pose, but in more interesting ways. The central question here is ‘what about humanity deserves to survive?’ Unlike other movie monsters, stories about zombies are rarely about the undead themselves, they’re about the living society their presence creates. It’s not just about what humans are prepared to do to survive in this world. Crucially, it’s about what defines humanity and whether the cost of human survival is worth the price we’d have to pay.

Based on the bestselling 2014 novel by Mike Carey, this adaptation is directed by Colm McCarthy (Peaky Blinders) and written by the author himself. It tells the story of a world where a fungal infection has taken hold of most of the population, turning them into flesh-eating zombies called ‘hungries’. I know that the affliction being caused by a disease doesn’t technically make them ‘zombies’, and that they have more in common with ‘the infected’ from 28 Days Later, but it’s fair to say that this premise exists within the wider ‘zombie genre’ and play with the same ideas. 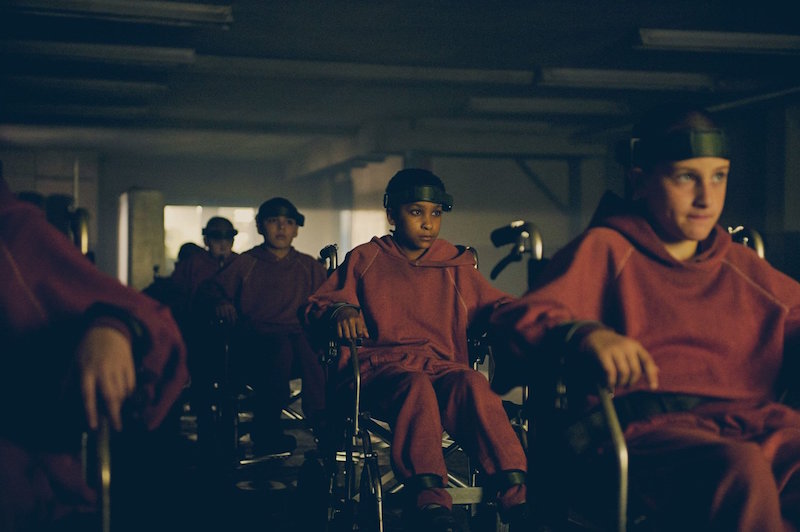 The story follows Melanie (Sennia Nanua), a young girl living in an army facility with other children who are being studied because they’re infected but behave like ordinary people most of the time. Melanie’s forced to live behind a locked door in a cell, occasionally pushed around in a wheelchair. But the film makes sure we feel how Melanie is just like any other normal girl. She spends much of her time hoping her favourite teacher Miss Justineau (Gemma Arterton) is teaching her class, and looks forward to times when stories replaced their usual boring lessons. At the end of the day, though, Melanie’s still locked up in the cell. Sergeant Eddie Parks (Paddy Considine) runs the army base, where the kids live with the expectation of being experimented on by Dr Caroline Caldwell (Glenn Close), who is trying to create a vaccine for the infection. 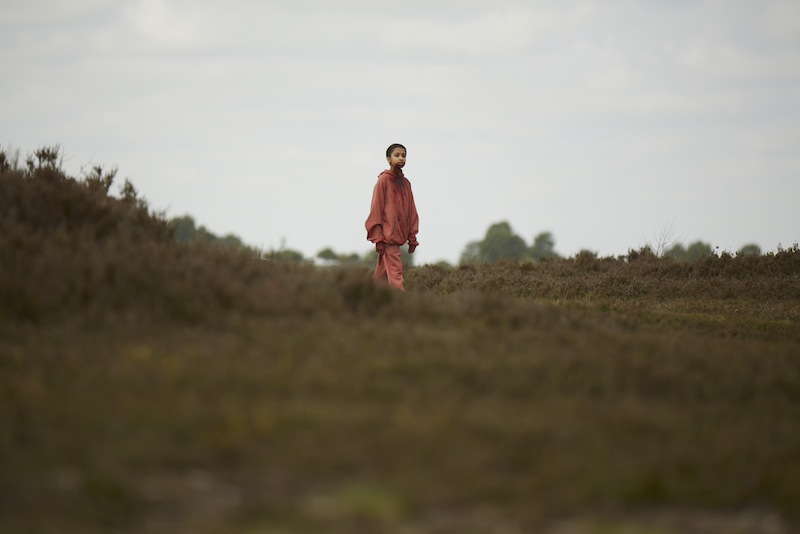 Melanie’s existence comes to an abrupt end when the base is attacked by the hungries. This sends her, Miss Justineau, Sergeant Parks, Dr. Caldwell, and a few others, out into the wilderness while trying to make contact with another outpost of survivors. They find themselves travelling through what remains of London, searching for food and shelter, and gradually the humans in the story start to recognise more of Melanie’s personality away from the clinical confines of the base. The journey forces Melanie to come to terms with who she too: somebody not entirely a zombie but not fully human either. 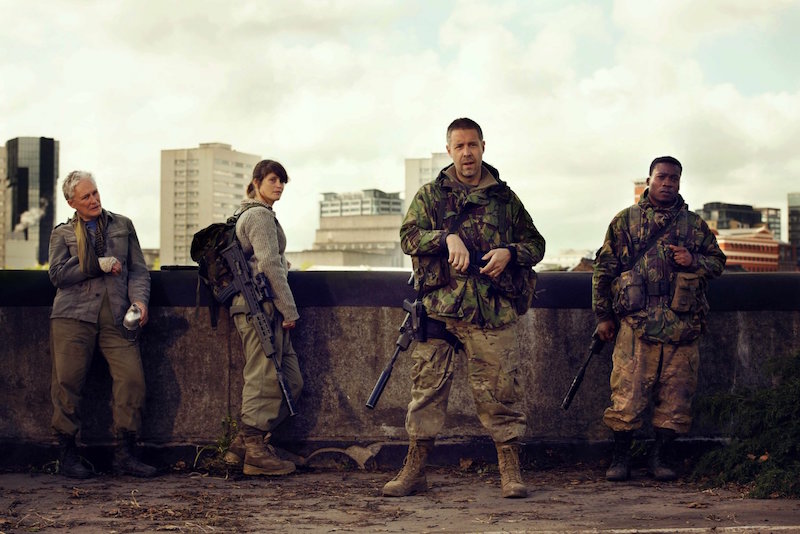 The Girl with all the Gifts will remind viewers of 28 Days Later and other dystopian stories that depict a cruel near-future. McCarthy has also said that Gareth Edwards’s Monsters was a more recent inspiration for him, and that’s clear through the shaky-cam style of this film. It’s a highly atmospheric experience, too, with an uncomfortable and unnerving tone brilliantly established through camerawork and an unusual score from Cristobal Tapia de Veer (Utopia). The zombies are also well portrayed; threatening, creepy, and relentlessly aggressive. Even when the narrative begins t sag ever so slightly in the middle, knowing there are so many hungries out there maintains a sense of tension and fear.

Newcomer Sennia Nanua is wonderful in the lead role of Melanie. She’s an actress just as comfortable playing the sensitive, precocious and inquisitive little girl as she is a ravenous zombie. The rest of the small cast are also excellent, doing a great job portraying folk struggling to get by and survive in a very difficult world. The characters are successfully drawn with both emotional and moral complexity, with none presented as a straightforward hero or villain. Melanie can be a sweet kid, but in an instant is just as likely to eat you; Parks might seem horrible, but it’s easy to see how his experiences have shaped him; Justineau is kind and warm, but also naive to the danger Melanie poses; and while Dr. Caldwell’s experiments are cruel she’s also just trying to save everyone.

Ultimately, that’s where the film’s interests lie. Is everyone worth saving? Where is the hope and love in a world like this? The bold ending gives us some kind of answer to these questions. It pushes the zombie genre into different territory and attempts to revitalise it in a way similar to what 28 Days Later did some 14 years ago. It’s largely successful. The Girl with all the Gifts feels like it delivers something new to the horror genre, and makes for a visually arresting, intriguing, and nuanced filmgoing experience.