In 1990, Terry Pratchett and Neil Gaiman co-authored Good Omens: The Nice and Accurate Prophecies of Agnes Nutter, Witch. The book was nominated for a World Fantasy Award and, owing to its popularity, talk of adapting it for the screen got serious in the early-2000s when Terry Gilliam (The Fisher King) expressed interest in directing a movie to star Johnny Depp and Robin Williams. That project got stuck in development hell (a purgatory Gilliam could be a tour guide for), despite his vision morphing into a simpler TV series by 2011.

In 2015, a BBC radio series was broadcast with Mark Heap (Spaced) and Peter Serafinowicz (The Tick) lending their larynxes to the adaptation, so it wasn’t all bad news for Good Omens acolytes. Then, finally, Gaiman himself took charge of a TV series, fulfilling Pratchett’s dying wish to get this thing made, and the result is a lavish six-part co-production between BBC Studios and Amazon Studios (who also distribute Gaiman’s American Gods drama internationally). 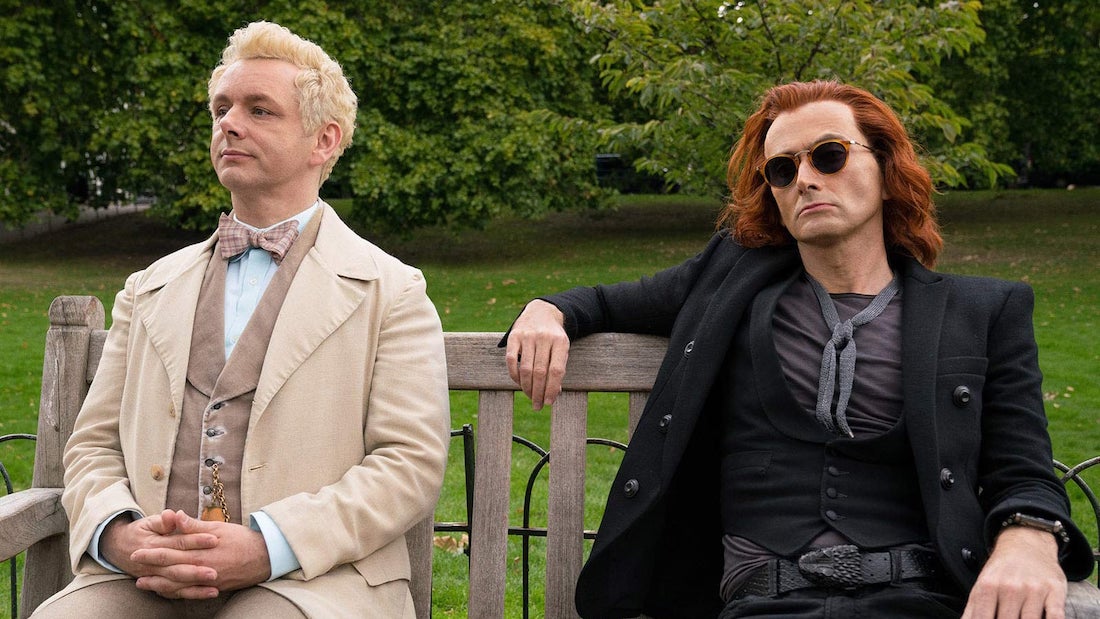 For the uninitiated, Good Omens concerns an angel called Aziraphale (Michael Sheen) and a demon called Crowley (David Tennant), who’ve existed since the dawn of Creation itself. Indeed, Crowley was literally the Serpent that tempted Eve to take a bite of the forbidden apple, while Aziraphale let her and Adam escape the Garden of Eden while borrowing his flaming sword. The two supernatural emissaries then stuck around on Earth—performing miracles and tempting sinners, respectively—occasionally bumping into each other through the aeons. And, gradually, their mutual respect blossomed into friendship once they realised their interference with mankind cancels each other out, giving themselves permission to instead focus on savouring the delights of humankind.

Unfortunately, their millennia of stalemate is broken when Crowley’s tasked with delivering the son of Satan to a hospital where the wife of a US diplomat is about to give birth (in a nod to The Omen), only for the infant Antichrist to be switched with a middle-class English couple without Crowley’s knowledge. And then, after 11 years later of Aziraphale and Crowley surreptitiously mentoring the wrong boy, hoping to subvert his evil ways and make him more balanced, they realise the kid they’ve been overseeing isn’t the Antichrist. 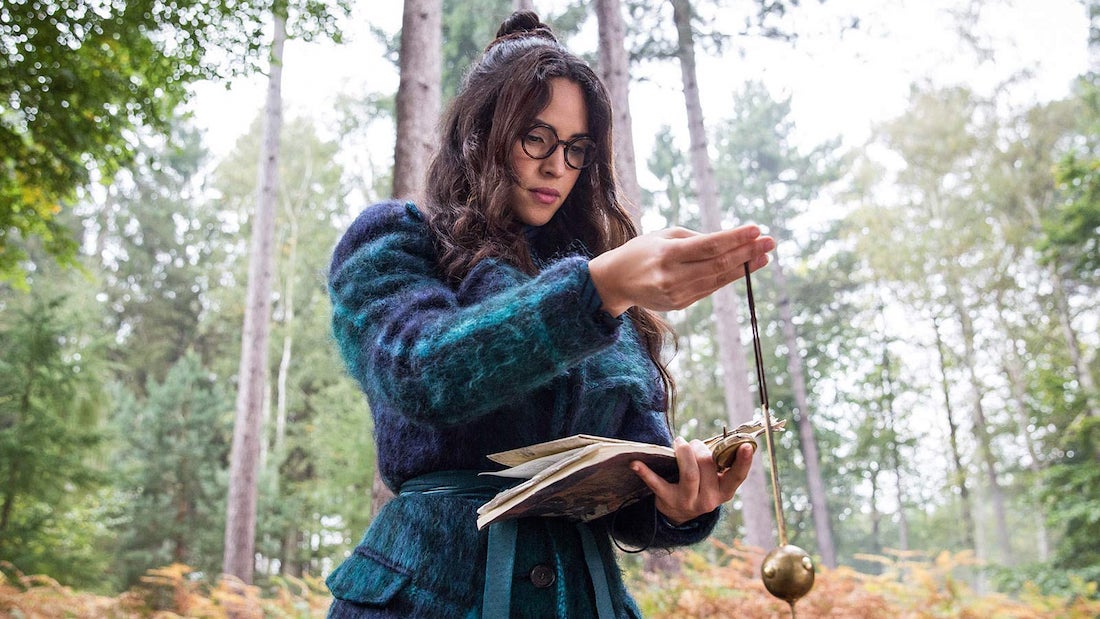 And so begins a mad rush to find the true spawn of Satan, which comes to involve the descendant of Dark Ages witch Agnes Nutter (Josie Lawrence) who foresaw the minutiae of these events, Anathema Device (Adria Arjona); two descendants of the witchfinders who burned Agnes at the stake, Newton Pulsifer (Jack Whitehall) and Shadwell (Michael McKean with a wandering Scottish brogue); and charlatan medium Madame Tracy (Miranda Richardson) who runs a brothel near to Shadwell. Throw in the suave Archangel Gabriel (Mad Men’s Jon Hamm), the filthy Beelzebub (Anna Maxwell Martin), plus the literal Four Horsemen of the Apocalypse (astride motorbikes instead of horses), and you have an eclectic mix of characters!

I have no attachment to the Good Omens novel because I’ve never read it, despite being 11 when it came out—the target audience, goddamn my school library. But I have read some of Gaiman’s work since (mostly in graphic novels), although none of Pratchett’s oeuvre appeals to me. So while this series is a beloved property and long-awaited adaptation for many (hence the quality of talent it drew), for me it exists free of preconceptions or expectations. I’ve followed the ups and downs of Gilliam and Gaiman trying to get Good Omens made over the last few decades, sure, but mostly tuned in because the premise is appealing and I liked the casting. 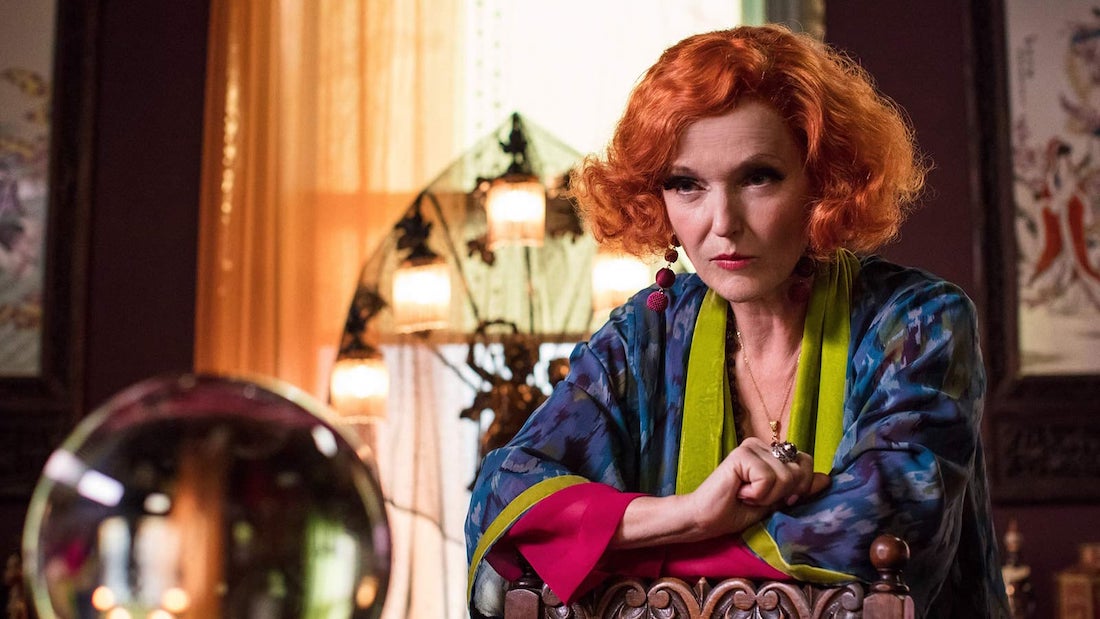 Generally speaking, I enjoyed Good Omens and what it had to offer. Specifically, I loved almost every scene with Aziraphale and Crowley because Sheen and Tennant are superb together. They have a firm grasp of what their characters are all about as representatives of Heaven and Hell, and how they should behave without it falling into cliche, with both actors having easygoing chemistry as a double-act. Aziraphale and Crowley are mismatched pair, working for opposing sides, but their rapport is undeniable and it’s always fun watching them chew the fat. Whether that’s in the present day (where Crowley’s a swaggering Bentley-driving rockstar-type in shades, and Aziraphale’s a podgy bookshop owner with cherubic curls), or the occasional flashbacks with them witnessing Noah build his Ark or William Shakespeare (Reece Shearsmith) rehearse Hamlet. Their fondness for each other becomes genuinely touching and goes deeper than most friendships, without becoming sexual, and it’s easy to see Neil Gaiman writing these characters as fantastical analogues for himself and Pratchett. But which is which? I’ll let you decide.

The problem is that everything besides Aziraphale and Crowley was of much less interesting to me, although not without entertainment value. I just didn’t connect as much to the supporting players and what they were up to in their own side-adventures. There didn’t even seem to be much point in Shadwell and Newton at times, and when the latter’s storyline connected with Anathema’s it didn’t do either character any favours. That was a particular shame for Anathema, who was being developed nicely in the earlier episodes and is nicely portrayed by Puerto Rican actress Adria Arjona. 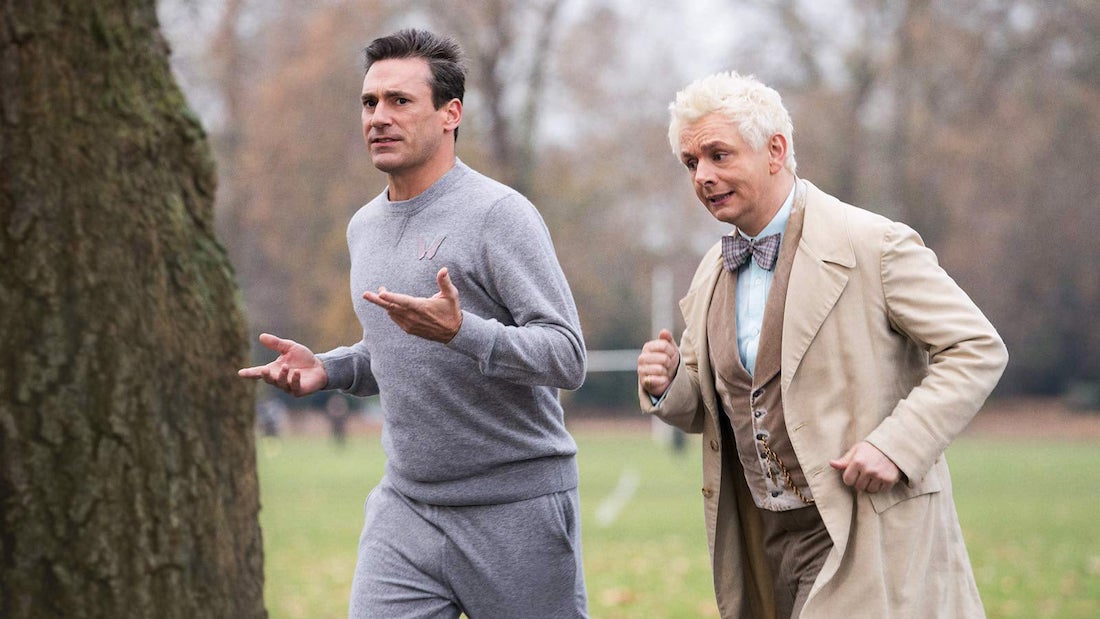 The demons Hastur (Ned Dennehy) and Ligur (Ariyon Bakare) were more enjoyable, at least visually (one has a frog attached to his head), but the potential of 21st-century versions of the Four Horsemen vanished when “War” (Mireille Enos), “Pollution” (Lourdes Faberes), “Famine” (Yusuf Gatewood), and “Death” (Jamie Hill with the voice of Brian Cox) are given very little to do. The latter is also emblematic of strange budgetary inconsistencies, as Death’s just a tall man in a cheap skull mask, whereas there’s a very disposable character (the squat Hell’s Usher, voiced by Andy Hamilton) who’s been lovingly brought to life with film-quality CGI.

Maybe a lot of fantastic book material was jettisoned, or what was once interesting in 1990 has become less so since, in a post-Harry Potter world of fantasy content for kids, but Good Omens felt like it would’ve been a great mid-’90s children’s TV series. But in the here-and-now, it felt tame and insubstantial in some respects. It’s still fun and diverting, with memorable imagery and the odd clever idea that hasn’t aged (like the true diabolical purpose of the M25), but as a whole, this six-parter starts losing air in the last third. It didn’t help that the Antichrist situation becomes very goofy, and the manner in which Adam Young (Sam Taylor Buck) turns from a normal boy to a levitating Prince of Darkness will give you narrative whiplash. 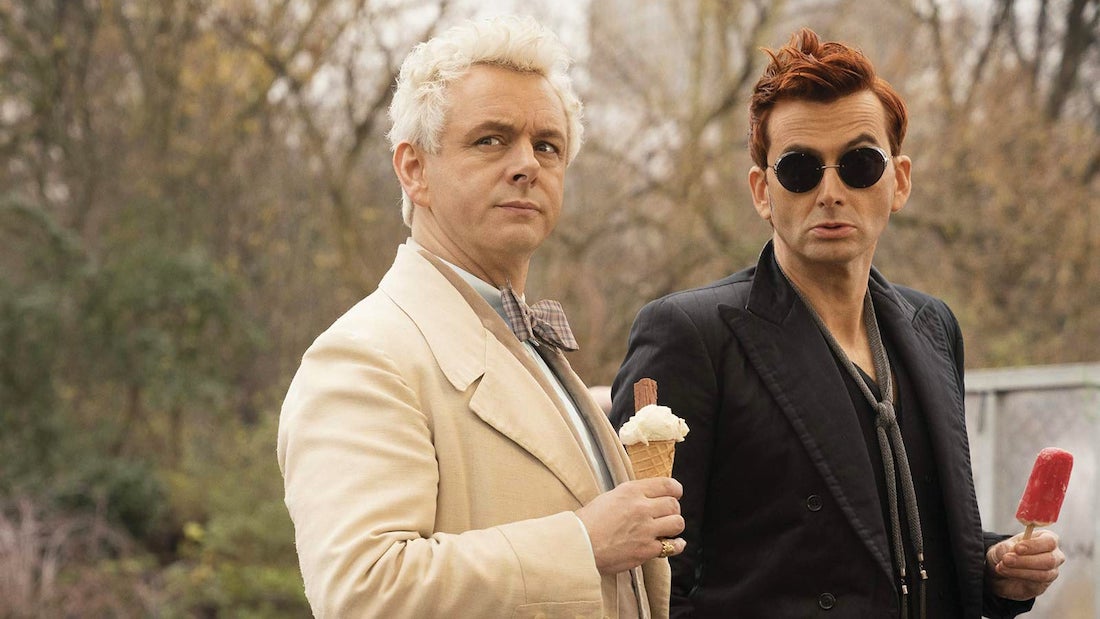 Aziraphale and Crowley’s scenes become less frequent towards the end of the miniseries, too, as all the other characters start to crush the main narrative somewhat. And the finale is intentionally anticlimactic and the sixth episode more focused on the aftermath of events. That’s a choice I can see working better in book form, but after five episodes of anticipation, with characters converging and the fate of mankind at stake… it’s a shame the budget wasn’t there for something slightly more satisfying that still undercut apocalyptic expectations with a wink and a grin.

Good Omens will probably work best for those with a strong decades-old attachment to the material already, or people more attuned to the kind of genial wackiness it’s going for. It has that family-friendly English comedy tone familiar from Horrible Histories and the Dursley scenes in Harry Potter, with a bit of darkness and subversion thrown in, but the material just seemed a bit dated despite the efforts of everyone to keep it spicy. Gaiman did take this opportunity to alter elements of the book, I hear, so perhaps this miniseries just needed a few more episodes to deepen our attachment to the other characters and make Adam’s descent into devilishness feel smoother and more plausible.