Some fans correctly guessed the true nature of ‘Mr. Robot’ (Christian Slater) last season, partly because the show shares DNA with Fight Club and it was thus a relatively easy deduction to make. Others also guessed this week’s twist ending: that Elliot (Rami Malek) is actually inside a prison (although some theorised an asylum), and only imagining his surroundings are familiar places in the outside world. Most of the people he’s been interacting with are convicts in bright orange overalls. Luckily, guessing Mr. Robot’s twists don’t deflate the show because it’s built around far more than narrative trickery.

The big twist in “eps2.5_h4ndshake.sme” can’t help but colour the six episodes that came before, and I think it was nicely timed for mid-season. Elliot’s mother’s house is really a small prison cell, Elliot’s friend Leon (Joey Bada$$) regales him with Seinfeld anecdotes from inside a prison canteen, the inner-city basketball court is really inside a prison yard, and I presume Ray (Craig Robinson) is actually a corrupt warden who realised Elliot’s the perfect guy to keep his black market website running. Elliot’s psychiatrist Krista (Gloria Reuben) and sister Darlene (Carly Chaikin) are real, of course, but haven’t been seeing him at home—they’ve been seeing him during occasional visiting hours in jail.

There have been hints and allusions to this big reveal all season (mainly if you took notice of how separate Elliot’s been kept very separate from most of the other established characters), but I didn’t invest too much time thinking about Mr. Robot enough to guess anything for sure. I was happy to be swept along for the most part, so this twist still worked on me. I wasn’t stunned or delighted by it, however. It was just a fun thing to do, keeping us on our toes, as this season’s been about the way illusions and dreams shape reality. The twist was something I admired. 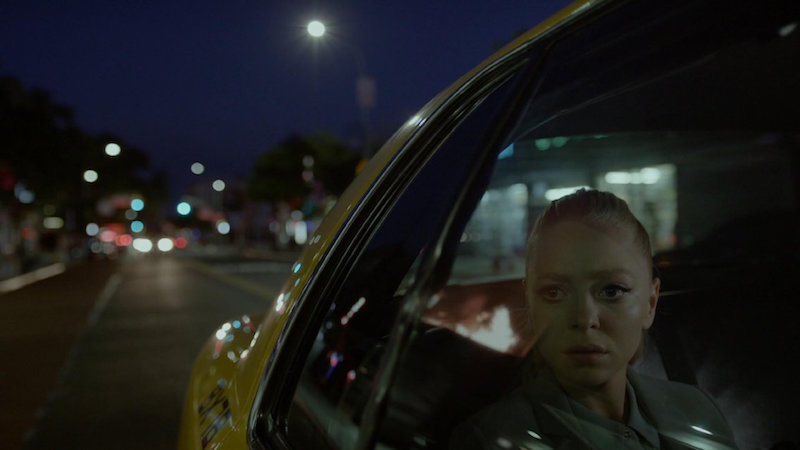 Away from the false reality we’ve been watching with Elliot, there was a lot of strong development with the storylines happening in the real world. Dom (Grace Gummer) had a fantastic sequence with Angela (Portia Doubleday) at her office desk, continuing a scene from last week, where her questions turned into a passive-aggressive interrogation. Angela kept her cool under pressure, once again, but is now directly responsible for enabling a serious hack on the FBI by fsociety. She’s in very deep, with a suspicious Dom breathing down her neck, and even a cleverly leveraged transfer to E Corp’s Risk Management position doesn’t seem to have improved her position. In her new department, Angela’s disrespectful boss thinks she’s just Price’s (Michael Cristofer) latest pet who’s slept her way up the corporate ladder.

Someone who does have respect is Elliot, from Mr. Robot (okay, himself). Their truce continued this week, as Elliot’s come to believe they can co-exist by doing each other favours. And Mr. Robot claims he’s been the passenger to Elliot’s desires to end capitalism, not the other way around—although he did finally admit to shooting Tyrell (Martin Wallström). However, Elliot has also earned the respect of someone else: Leon. His friend, revealed to be a prisoner, who’s allied to Whiterose’s Dark Army and has Elliot’s back—literally, as he viciously slaughtered a group of goons about to sodomise him. Everyone needs a best friend who doesn’t flinch when it comes to sticking a large knife up another man’s backside, don’t they?

Overall, “eps2.5_h4ndshake.sme” was the kind of episode where the ending overshadowed everything that came before, but I didn’t really mind that. There was plenty to chew on elsewhere. But now the twist’s been delivered earlier than season 1’s was, we can spend the rest of season 2 with the scales removed from our eyes. So why is Elliot in jail? Is it because of the E Corp hack, or for murdering Wellick? Both are very serious charges with long jail time, so is the mysterious letter Leon told him about going to deliver his freedom? 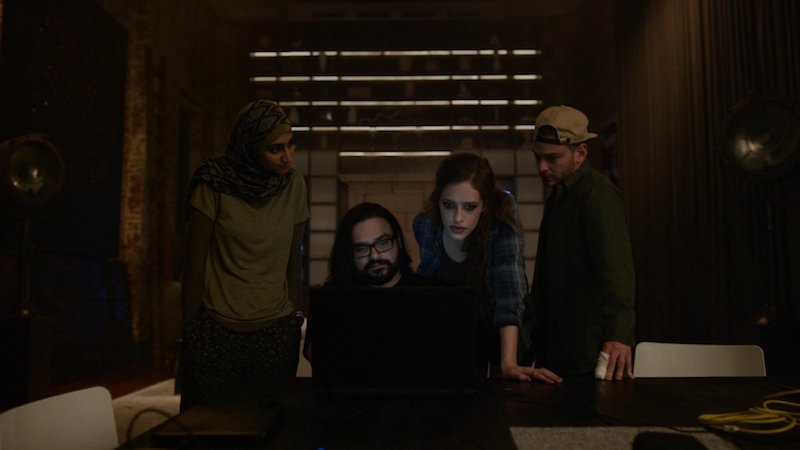 6 out of 10. Well… I wasn’t confused. Until I knew I’ve been confused. But that confusion wasn’t a big surprise. If that makes sense.

So what did you think? Did you see the twist coming a mile away? Or did it leave your jaw hanging? Or maybe, given how it doesn’t really alter anything substantially, you think it wasn’t really necessary?