When I first heard Glen Morgan would be writing an episode entitled “Home Again”, I envisioned an unexpected sequel to infamous season 4 episode “Home”, about a family of inbred murderers, but it wasn’t to be. Instead, this was a decent hour that suddenly means The X-Files’ revival could end its maddeningly short run with a mostly-good batch of episodes, unless the final two soil the bed. “Home Again” almost felt like two separate instalments combined, with a bizarre monster-of-the-week tale interwoven with a down-to-earth human drama for Scully (Gillian Anderson).

This week, Mulder (David Duchovny) and Scully were sent to Philadelphia to investigate the gruesome murder of a city official tasked with removing vagrants from the streets. The man, Joseph Cutler (Alessandro Juliani), was torn limb from limb by a tall mystery assailant, who calmly climbed into the back of a garbage truck to make his escape. It turns out the killer is an avenging angel, of sorts, known by the homeless community he protects as ‘Band-Aid Nose Man’—seemingly out to stick up for impoverished victims, by savagely killing those who do them harm. 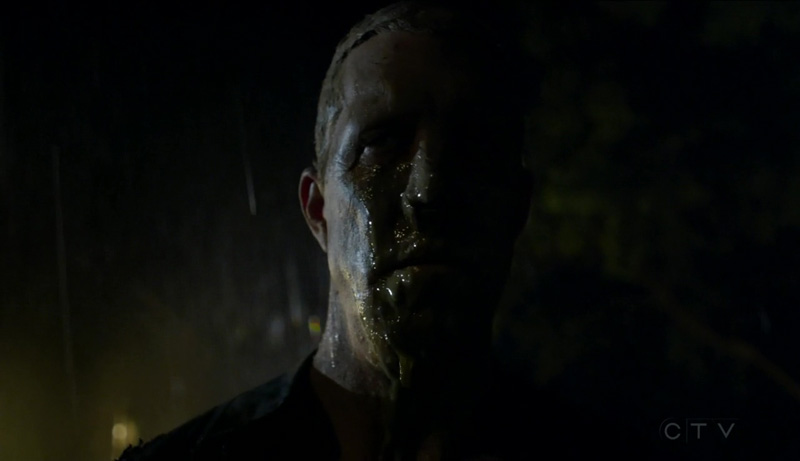 It looks like this person was born without footprints. Which is impossible, by the way.—Mulder

A little incongruous (or so it felt, initially) was the B-story that Scully was drawn into, leaving Mulder to investigate the Band-Aid Nose Man myth alone. After receiving a phone call from her brother William, Scully was informed that her mother, Margaret (Sheila Larken), had suffered a heart attack and was in intensive care. Oddly, according to a duty nurse, it’s her estranged younger brother Charlie whom Margaret called out for before losing consciousness, which confuses the already worried Scully during a bedside vigil.

Both of these stories were perfectly good X-Files material, from one of the show’s original writers partly responsible for making the show a big success. The Band-Aid Nose Man was a brilliantly terrifying, inscrutable creation: a barefooted giant, face dripping with disgusting bin juice, able to tear your arms and head off with his bare hands. The way he’d appear in silhouette, like an urban boogieman, before making his getaway in the crusher of garbage trucks, was just the kind of finely judged weirdness The X-Files excels at. A part of me wondered if actor Michael Berryman (The Hills Have Eyes) was any kind of influence on this week’s monster, as actor John DeSantis has a similar look with his own 6’9″ stature, bald head, and deep-set eyes. The Golem of Jewish folklore also seemed to be some inspiration, together with the referenced Tulpa concept in mysticism, but given a modern street art twist. 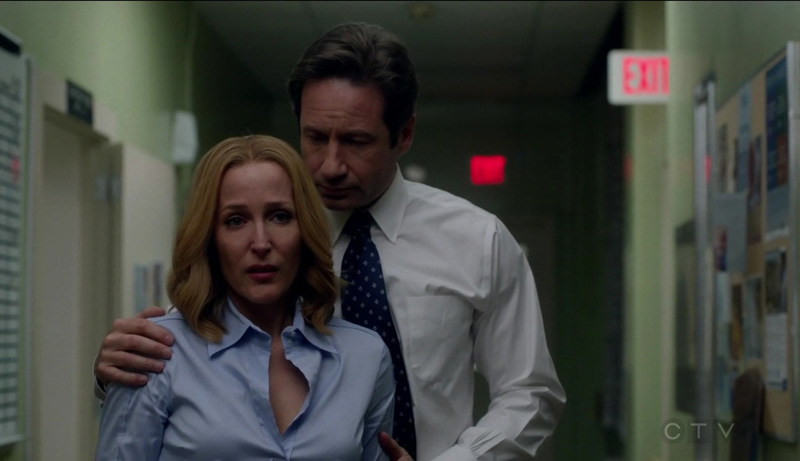 I don’t care about the big questions right now, Mulder. I just want one more chance to ask my mother a few little ones.—Scully

One sequence halfway through, where a woman was attacked by the Band-Aid Nose Man at her home, came close to self-parody with an incongruous ’60s song (Petula Clark’s “Downtown”) acting as the soundtrack to this terrifying late-night encounter in the pouring rain… but on some level this is exactly what you want from an X-Files revival. It brought back so many memories of similar moments from plenty of classic episodes, and in a good way.

The real drama and emotional heft of “Home Again” was found in Scully’s subplot, with Gillian Anderson putting in one of her strongest performances as the character. It was genuinely touching to see Scully confront her mother’s impending death, and that she wasn’t the first person on her mum’s mind. I also liked the almost unspoken support Mulder had for Scully, as the condensed season is doing a nice job reminding us that our heroes aren’t just old colleagues but old flames. And they share parentage of child, whom they gave up for adoption, which is what this episode really wanted us to keep in mind. We may only have mytharc episodes bookending this six-part revival, but the monster-of-the-week cases in-between are clearly held together by the issue of young William. If he doesn’t return to confront his parents in the finale, I’ll drink a glass of bin juice. 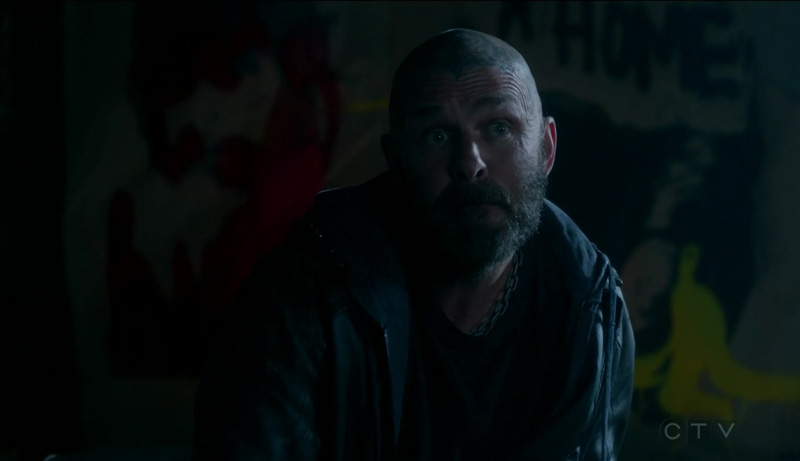 Her last words were about our child, her grandchild, that we gave away. What did she say that? Why did she have to say that?—Scully

Ultimately, the two stories hung together a little too awkwardly. I didn’t believe that Scully would immediately want to get back to work after suffering the loss of a parent, for one thing. And the beautiful final scene where Scully made a heartfelt speech to Mulder about their lost son was spoiled by a final line (“I need to believe that we didn’t treat him like trash”) that felt like it was desperately trying to thematically link this week’s two stories together. It got a bit preachy, basically.

But while this wasn’t a very cohesive hour of television, individually both halves of “Home Again” were good examples of things The X-Files can do well: using monsters as analogues for a contemporary issues, and sincerely acted moments of personal tragedy.