If there’s one thing to blame for the unevenness of recent seasons of both The Flash and Arrow, it’s The CW’s latest spin-off DC’s Legends of Tomorrow. Undoubtedly, The Flash remains one of the most confident and entertaining comic-book shows on television. But its storytelling throughout season 2 is inconsistent; especially in the first half, where it feels like the show devotes more attention to setting up the characters and conflicts for Legends. While there are some spectacular highlights within this sophomore year, a lack of focus and a slightly gloomier outlook made The Flash a little less enjoyable than the fantastic first season.

The show resumes six months after a devastating singularity appeared over Central City. Barry Allen (Grant Gustin) is working as The Flash on his own, rebuilding the city with his super-speed and saving it from supervillains after the terrible event. Soon, the whole team re-assemble to deal with the revelation that the universe we live in is just one of many, as the concept of a ‘multiverse’ fuels the rest of the season’s concerns. 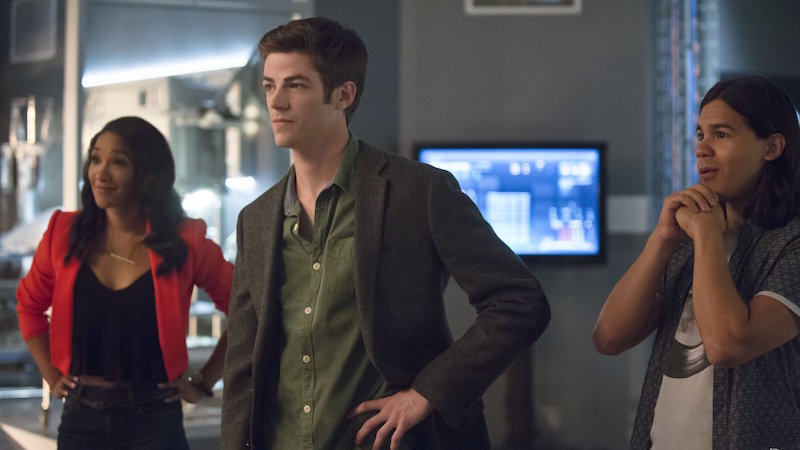 The existence of a multiverse enables the series to take some very imaginative turns. The Flash doesn’t only introduce alternate versions of all the key players, it also gives us a glimpse of another world with different technological developments. ‘Earth-2’, as it’s referred to, becomes the central point of intrigue and conflict for the season, even if it can be difficult to reconcile how the events of Legends of Tomorrow can take place alongside what’s happening in The Flash. The logic of both time travel and the relationship between dimensions may be irreversibly muddled, but the presence of Earth-2 allows the show to generate terrific twists and developments.

The Flash’s increasing confidence with technobabble is impressive. That’s a big part of why the Earth-2 material was so much fun this year. There are few other shows that could be so ridiculous and yet expect you to take it very seriously. Thankfully, the drama here is still connected to the likeable characters and their motivations. The Flash accomplishes a delicate balance of seemingly incompatible tones and makes it look easy. There’s genuine sincerity within the goofy comic-book storytelling—and that’s what makes an audience care and coming back each week. 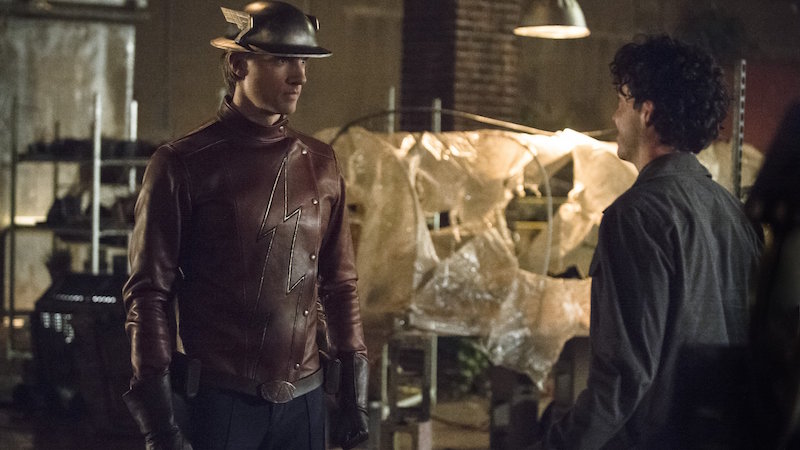 As the show continues, the visual effects work only improves. The standalone monster-of-the-week episodes are a source of reliable fun: whether it’s the enormous and preposterous King Shark, or the return of psychic Gorilla Grodd, the show contains great episodes for its more visually audacious villains. It’s a shame, then, that the main antagonist of season 2 is given a bravura introduction but fizzles out as the show progresses.

The speedster Zoom (voiced by Tony Todd) makes a terrifying entrance. In the sixth episode of the season, the dark and monstrous visitor from Earth-2 arrives to terrorise Barry and demonstrates how he could defeat him with ease. It’s around this time that Harrison Wells (Tom Cavanagh) is reintroduced; not as a villain but as an ally from Earth-2 with a personal reason for wanting Zoom dead. The stage is set for The Flash’s greatest battle against an apparently invincible foe, so it’s terribly underwhelming when the reveal of Zoom’s true identity deflates so much of the villain’s mystique and unsettling nature. 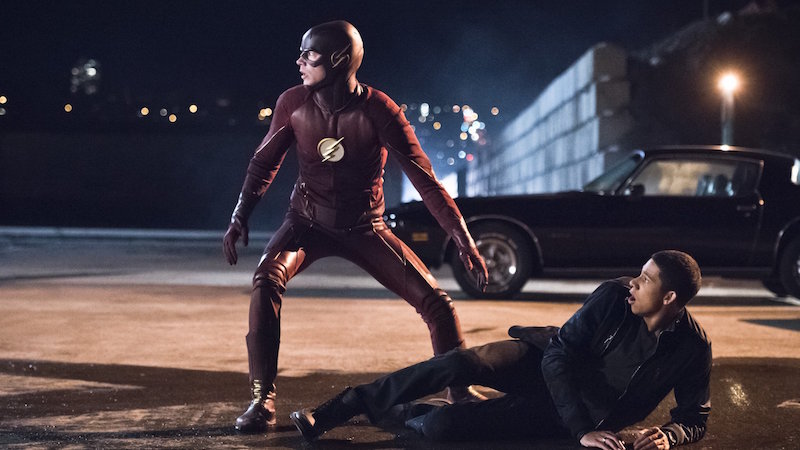 There’s definitely an argument to be made that The Flash attempts to do a little too much in its second year. Along with everything happening with the multiverse, there’s the introduction of new characters like Wally West (Keiynan Lonsdale), and Jesse Quick (Violett Beane), plus Barry’s romance with Patty Spivot (Shantel Van Santen), together with time travel shenanigans, not to mention Zoom, the ‘Flash Rogues’, and lots of Earth-2 villains to contend with! It all becomes a little too much, as the overstuffed narrative and a fractured structure begin to creak under the weight.

When the show’s at its best, there are episodes here that easily rival, or surpass, those from the first season. “Enter Zoom” and “Flash Back” are tremendous, as are episodes where the gang travel to Earth-2, and the later season instalments “Rupture” the Kevin Smith-directed “The Runaway Dinosaur”. Between these hours, though, the show simply isn’t at its best. A wavering focus weakens consistency, and the writers sometimes slipped into the dark and angsty tone that can make recent Arrow seasons a bit of a drag. 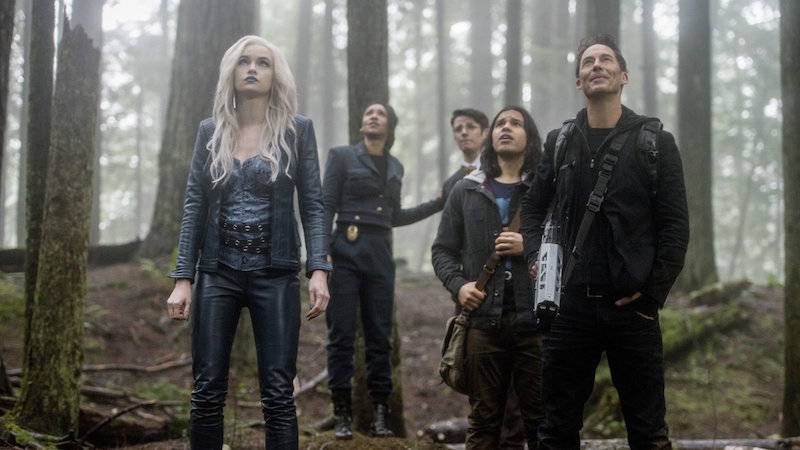 Even if it lacks some of the greatness it once had, this is still the same heartfelt show it’s always been. The Flash has a great emotional core to its storytelling; meaning that, no matter how wild and crazy the plot becomes, there are always powerful moments keep its heart beating. That’s definitely on display in what is the season’s best episode, “The Runaway Dinosaur”, which concerns the mysterious power of the ‘Speed Force’ that gives Barry his power. It was an episode with focus, drive, and a sense of intrigue occasionally missing from the rest of the season.

Without spoiling anything for those catching up, season 2 ends with another game-changing development for Barry Allen. How exactly it’ll affect his life is still unclear. However, the last few minutes of the season could upend the show entirely, and the potential for big changes in the third season isn’t the only reason to get excited for what comes next. Despite its highs and lows, season 2 did build on its character’s relationships and pushed the story into interesting new places. I can’t call it a great year of drama, but there were definitely moments of joy and brilliance.