If you’re looking for a story with twists at every turn and shocking plot developments, Fences isn’t the movie for you. Adapted from August Wilson’s stage play of the same name, which many claim is one of the greatest African-American works ever written, Denzel Washington’s Oscar-nominated Fences never shakes a feeling of innate staginess…

Wilson’s play has been touted for the big screen ever since it premiere 33 years ago and won the Pulitzer in 1987, and was originally set to be made by Norman Jewison (Fiddler on the Roof) with Eddie Murphy as the lead — but Wilson wouldn’t allow anyone non-black to adapt it. Despite revival after revival stunning full-house theatres, Wilson still wouldn’t budge on the issue right up until his death in 2005, so it’s ironic Fences has finally been made into a movie by its own star, Denzel Washington — who fought for it to be filmed using most of the 2010 Broadway cast. 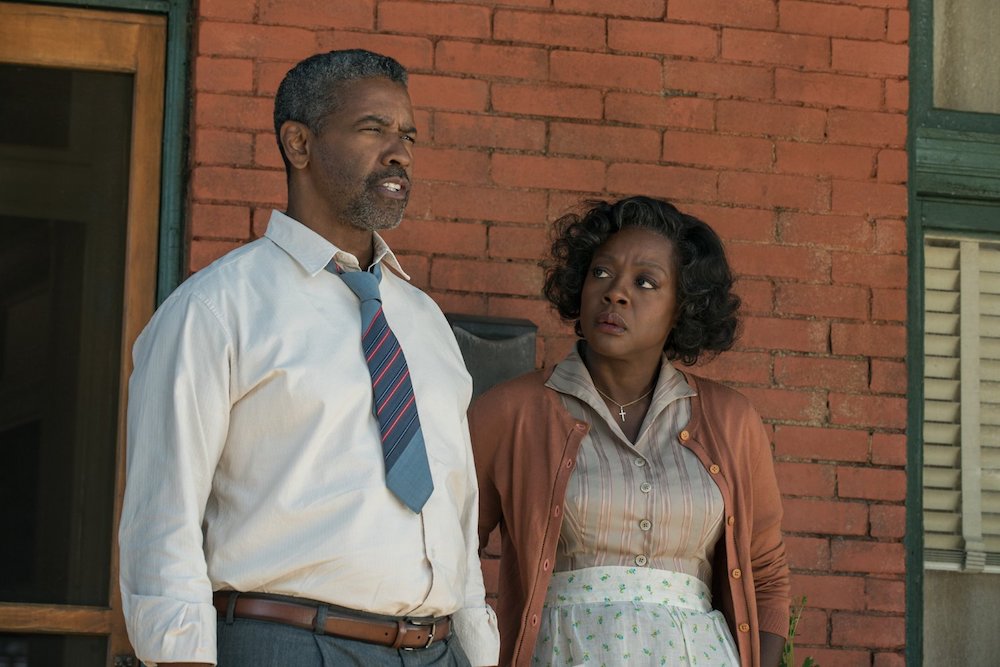 Washington himself plays Troy, a Pittsburgh garbage man who almost became a baseball star in the 1950s Negro league (a career he believes was curtailed due to racism), and the first hour of this film belongs to Washington’s performance. His portrayal of this everyman is layered and complex, playing Troy as both sympathetic and dislikable. He begins the story as a charming rascal, holding court for his beloved wife and best friend Bono (Stephen Henderson), while also being a tough father and brother to an injured war veteran. The second half of this film, however, belongs to Viola Davis as Troy’s tolerant wife Rose of 18-years, after Washington’s charismatic lead begins to unravel and crack.

Suddenly, after one of the few plot turns of the narrative, Troy turns weak and Rose has all the power in their relationship, allowing Davis to deliver an acting tour de force. She may have less character backstory to work on than Washington but she takes every inch of characterisation and turns this slow-burn of a performance into a surefire Oscar win. There are very few other characters in this story outside of the central couple, allowing the two leads to really show how they’ve become two of the best character actors of their generation. Washington and Davis’s chemistry is never anything less than wholly believable. 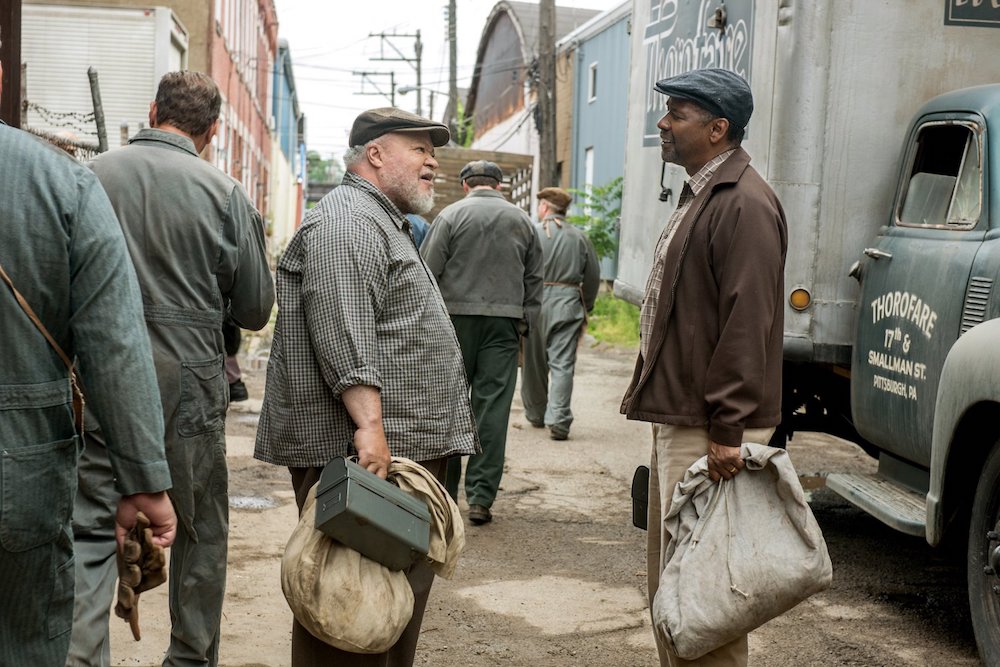 One largely overlooked performance is Mykelti Williamson’s, who appeared alongside Washington and Davis on Broadway, and who should’ve been up for a Best Supporting Actor Oscar as Troy’s brain-damaged brother. Wounded by war, his performance is sensitive and never mocking, a feat that’s sometimes overlooked in Hollywood. The issues the family face because of his condition is never patronising or cruelly handled

British rising star Jovan Adepo is perhaps the only weak link, as he never matches the intensity of Washington playing his father, but the story about Troy holding his football career back (either protecting him from racial strife or our of jealousy for his sporting talent), is very relevant to audiences today. 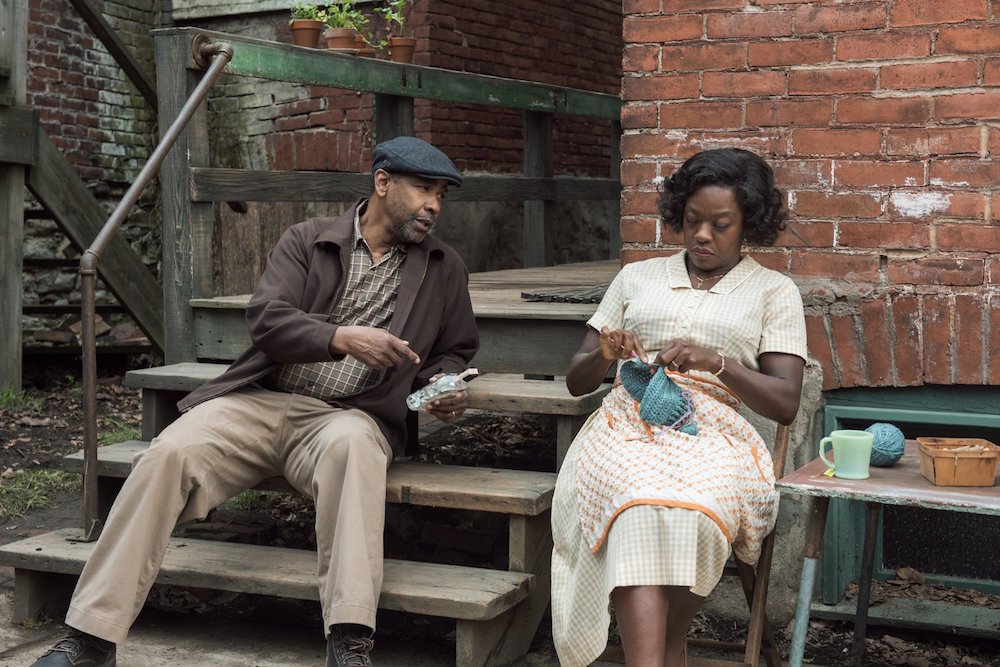 Wilson’s dialogue remains something special, with a flow equally as instinctive and unique as Shakespeare, and Davis and Washington handle it magnificently. There are times when Troy’s long monologues drag, but Washington nevertheless keeps you gripped with an earnest self-pity that resonates beyond the words. There’s no attempt to make the stage show feel less stagey, however, as there’s barely any music and only a handful of scenes take place outside Rose and Troy’s yard.

Consequently, some elements don’t work when shifted to cinema, like the hefty amount of baseball metaphors and one-dimensional supporting characters, but most of it works well enough. Fences wasn’t made to be a spectacle, but as a humble showcase for its talented performers. In some places it’s a little too faithful to the source material, but the story and acting delivers pure emotion. There are a lot of angles to consider during this very human story, and in how viewers see themselves reflected back in the characters’ lives — whether it be through race, age, parental relations, marriage, or the slow unravelling of an aspirational life. This isn’t a showy or exciting film to watch, but it’s a masterclass in acting from one of drama’s fiercest writers.