David Cronenberg’s seminal 1983 body horror Videodrome begins with a shot of a TV screen and ends with its main character re-enacting what he’s just seen played out on another screen. In-between, there are scenes of extreme brutality, physiological weirdness, philosophical debate, and sexual ambiguity, but Cronenberg repeatedly returns to the relationship between the screen and the viewer; assembling a caustic appraisal of society’s growing reliance on technology, and the uneasy way it infects and affects our everyday behaviour. Though the film is now over 30 years old (and, for the most part, looks it), its relevance only grows with the passing of time.

Max Renn (James Woods) is president of local TV station CIVIC-TV and on the hunt for something groundbreaking to offer his viewers. “It’s soft. Something too… soft about it,” he opines of content brought to him by his staff. “I’m lookin’ for something that’ll break through, you know?” That something turns out to be Videodrome. Plotless, shot in Malaysia, and depicting seemingly real scenes of sexual torture, the show borders on snuff, but Max wants it. Meanwhile, he defends his philosophy on a talk show where he meets radio host Nicki Brand (Deborah Harry of Blondie fame), explaining that he provides a safe outlet for society’s darker fantasies. 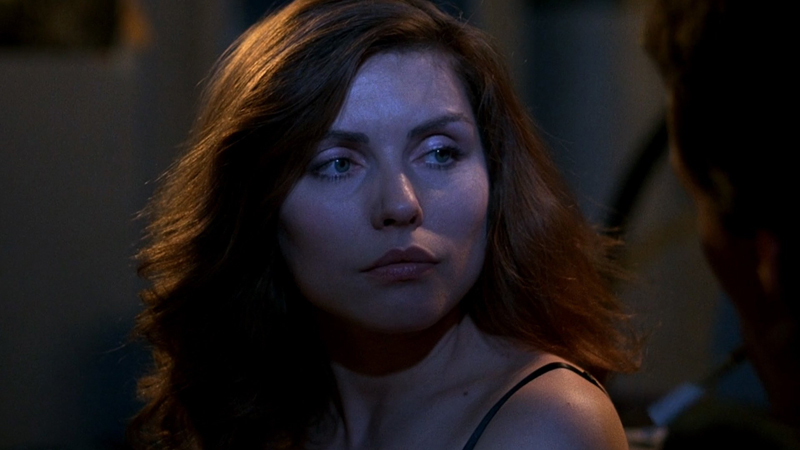 As Max and Nicki strike up a relationship, their sadomasochistic encounters signal a queasy journey into a circus of body horror. Released just two years after Cronenberg made Scanners (with its exploding heads and sinister psychics), and eight years after Rabid (with its phallic mutations), Videodrome is a distillation of everything the Canadian director represents. At the time, Videodrome was by far Cronenberg’s most sophisticated offering, and saw the writer-director expertly navigating themes of voyeurism and violence through a prism of intelligent horror.

With the help of special effects expert Rick Baker, Cronenberg draws us into a terrifying nightmare where technology and flesh combine. After discovering Videodrome is actually broadcasting out of Pittsburgh, Max attempts to track down its creators; before encountering the mysterious Bianca (Sonja Smits), who’s continuing the work of her father, Professor Brian O’Blivion (Jack Creley), a pop culture analyst who dreamed of a world where television replaces reality. And when Max returns home, he suffers horrific hallucinations in which a gaping slit like a VCR opens in his torso. Bianca tells him that watching Videodrome causes viewers to develop brain tumours in which reality and fiction become terrifyingly distorted…

“We’re entering savage new times,” remarks one character in Videodrome’s mind-fuck third act, and he’s not wrong. There are pulsating, groaning Betamax tapes, guns welded to hands, and fleshy arm-grenades, all lovingly crafted by Baker’s team of effects mavericks; schlocky work, but they stand the test of time. Under it all, though, runs a sinister undercurrent tackling ideas about violence against women, our culpability as viewers, the power of the voyeur, and even the question of what defines reality. It makes for an uncomfortable watch, and Cronenberg’s film is at times unbelievably quiet and restrained, which could test some viewer’s concentration spans. 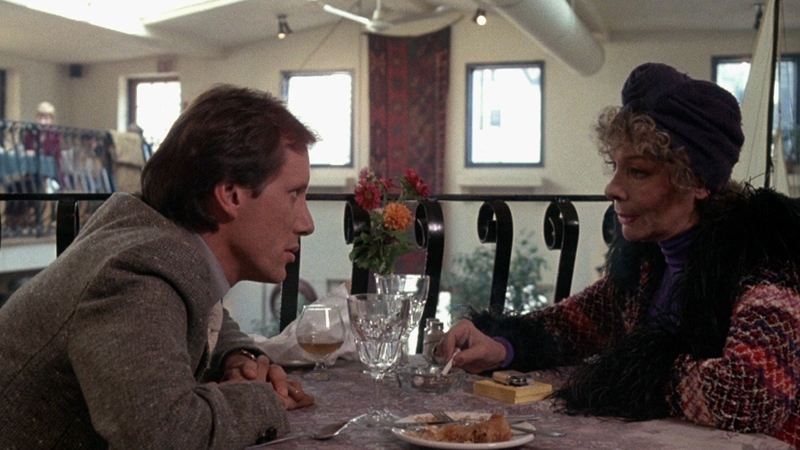 If Videodrome sets out to do anything, though, it’s to test its audience. It wants to provoke and question; it demands we confront ourselves and ask why we keep watching. In the early-’80s, most viewers weren’t ready for something so self-aware (Videodrome bombed on release, making just $2.1m on its $5.9m budget), but modern, media-savvy audiences will appreciate its febrile subtext. Now, we really do rely on technology to survive, and most of us have our phones welded to our hands in much the same way Max’s gun literally becomes part of his. In that respect, Videodrome is shockingly prescient, predicting how we have become physically and psychologically bonded with technology.

While Woods and Harry are fantastic, they inevitably play second fiddle to the impressive prosthetics and hotbed of ideas. Woods plays Max as wide-eyed and naïve even as he chases dark dreams. He’s almost a noir detective, navigating our nightmares and shuddering at what he finds. It’s also through Max that Cronenberg continuously challenges us to distinguish the real from the artificial. His film refuses to do so, shooting the ‘real world’ and Max’s hallucinations in the same way, so it’s impossible to tell them apart. That’s sort of the point. Nowadays, we’re unable to distinguish between a piece of plastic and the real world, existing in social media bubbles, emotionally attached to our inboxes and news feeds.

Ahead of Pixar’s WALL-E (with its tech-reliant space humans) and even the more recent Nightcrawler (with its carnage-obsessed TV execs), Videodrome offers a chilling glimpse into a possible future—and it’s a future that seems more and more possible with every passing year. At 87 minutes, Videodrome is a short, sharp jab to the solar plexus. Cronenberg has described making the film as “cathartic”, but watching it is another matter. Bracing, insidious and unnerving, Videodrome is packed full of stark ideas. It wriggles under the skin and stays there for days.