Labels can be a tricky thing for a film to come lumbered with. Genre is an ever-flexible thing and films don’t always fall unequivocally into one group or another. For instance, Wikipedia describes this new Robert Sheehan vehicle The Messenger as a “supernatural mystery horror”, but that’s not right at all. Whatever film those three adjectives suggest to you, The Messenger isn’t that. The Messenger is so much more…

The story follows Jack (Sheehan), a dishevelled young man who, for most of his life, has been plagued with visions of dead people urging him to deliver final messages to their loved-ones before they rest in peace. Jack, though, just wants to be left alone to claim his own peace, but when recently murdered reporter Mark (Jack Fox) appears before him, Jack’s dragged into a police investigation which sees his sanity pushed to breaking point. 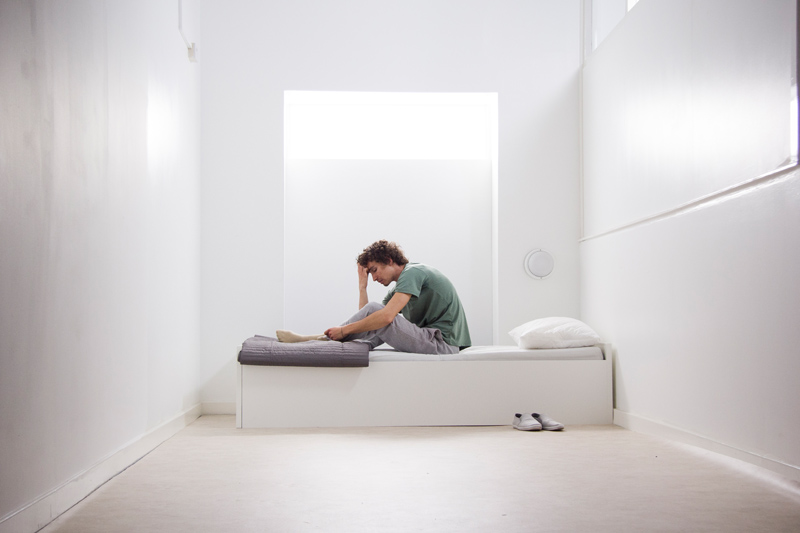 Forever drunk, dishevelled, and talking to himself, bearing cuts and bruises… to the outside world, Jack resembles little more than a crazy homeless person. Acting as messenger for the dead has ruined his life. After all, a strange man coming up to you and claiming to be in contact with your recently deceased loved one rarely goes down well, and Jack is frequently a recipient of beatings and abuse. Even Jack’s own sister Emma (Lily Cole) is convinced that the restless spirits are all in his head. Everyone thinks that poor Jack is mentally unwell. And the thing is… maybe he is.

The Messenger is an unexpectedly low-key affair. It’s not spritely, but it’s well paced, and there are absolutely no scares during its modest 101-minute runtime. The Messenger is resolutely not a horror film, it’s an exploration of a damaged mind; an examination of loss and grief, and the way that we deal with it. It’s about wanting to believe that our lost loved ones might still be there, lingering invisibly around us, and that the catharsis of hearing from them that one last time might be achievable.

Director David Blair shoots the film in such a way that things are hardly ever centre of frame. The characters all reside in the first and last thirds of the screen, with the action always taking place at the edges, on the fringes of what we can see. It’s a clever way of amplifying the sense of the unknown, of what we want to believe that we might be seeing out of the corner of our eye. 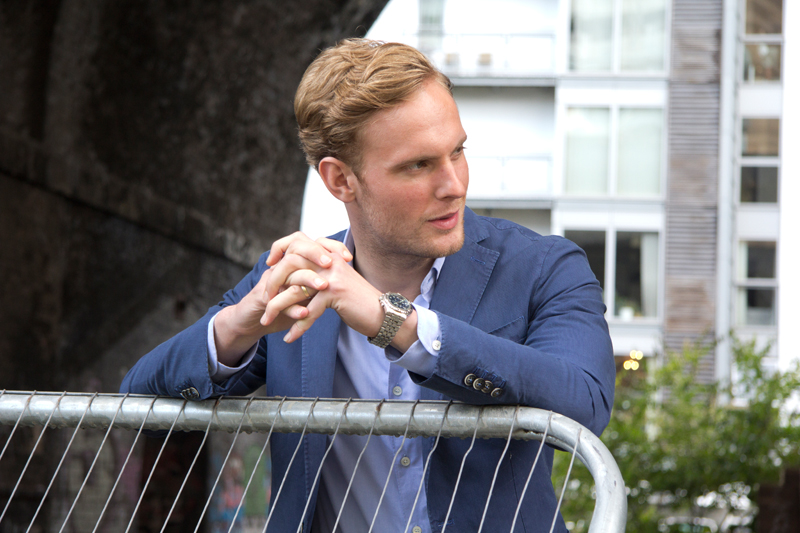 The Messenger is a film blessed with a wonderfully melancholy tone, too, and the score by Ian Livingston is achingly beautiful: all sorrowful violins and lamenting pianos, it perfectly captures the sombre mood of the film, whose visual palette is desolate greys and urban bleakness from cinematographer Ian Moss.

As well the principal story, the film is interspersed with flashbacks to Jack’s childhood (shot in sepia to differentiate them), in which a traumatic event may prove the key to his visions, and whether they’re supernatural or not. A third strand sees a conversation between Jack and a largely unseen Joely Richardson teased throughout. While it would seem like the pair are conducting an interview, Richardson scarcely appears on screen, rather providing the inquisitor’s voiceover while, in an abstract flourish, Jack’s depicted running through different landscapes as he responds (fields, beaches, or city streets). The striking nature of these shots is visually arresting, but they’re also thematically apt. Jack is always running; from the dead people he sees, the disembodied voice that’s pressuring him, to his current life, and his own dark past.

As the titular messenger, former Misfits standout Robert Sheehan is brilliant. His snarky, acerbic attitude is something we know Sheehan has in his wheelhouse from his days on E4’s superhero drama, but the vulnerability he displays here is equally impressive. Sheehan portrays Jack’s fraying psyche brilliantly, and you can really feel the weight of what’s going on in his head. 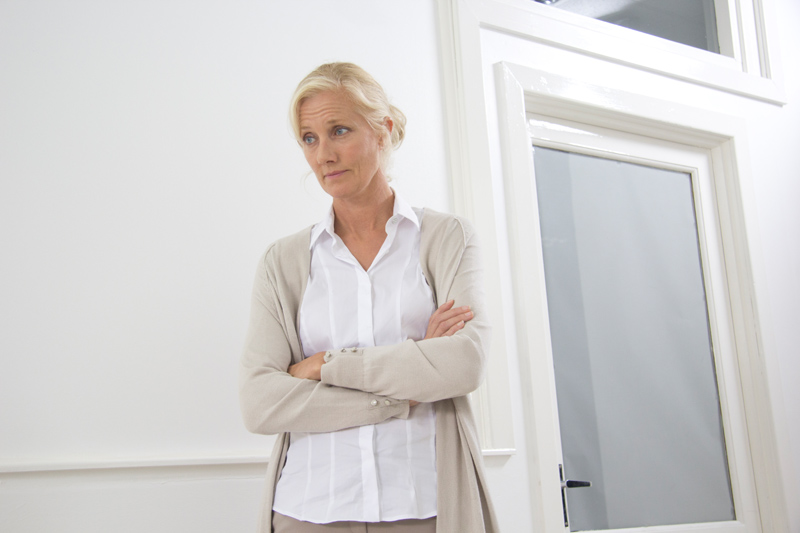 Always apart from the rest of humanity, Jack is caught between two worlds (the living and the dead), and he doesn’t truly reside in either. Sheehan’s depiction of a man weary of existence is spot-on, and as Jack’s grip on sanity begins to deteriorate, Sheehan puts in what is surely his best performance to date.

The rest of the cast and the plot are almost after-thoughts, but that’s fine. The Messenger is really only focused on Jack, and the gloomy nature of proceedings make it more of a mood-piece than anything else. Jack Fox is decent as the deceased man pleading with Jack to deliver his final message, while one-time Tamzin Merchant is effective as the grieving widow.

The Messenger is a horror movie without any horror, and a supernatural film that might not be supernatural. Its closest companion piece may be the criminally overlooked and oft-forgotten ITV series Afterlife, and any fans of that great series will be in their element here. Well written, well directed, and with a brilliant central performance, whether the film’s own spirits are real or not, The Messenger will certainly linger in the mind and stay with you long after it ends.